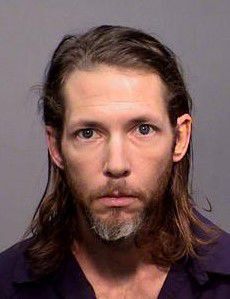 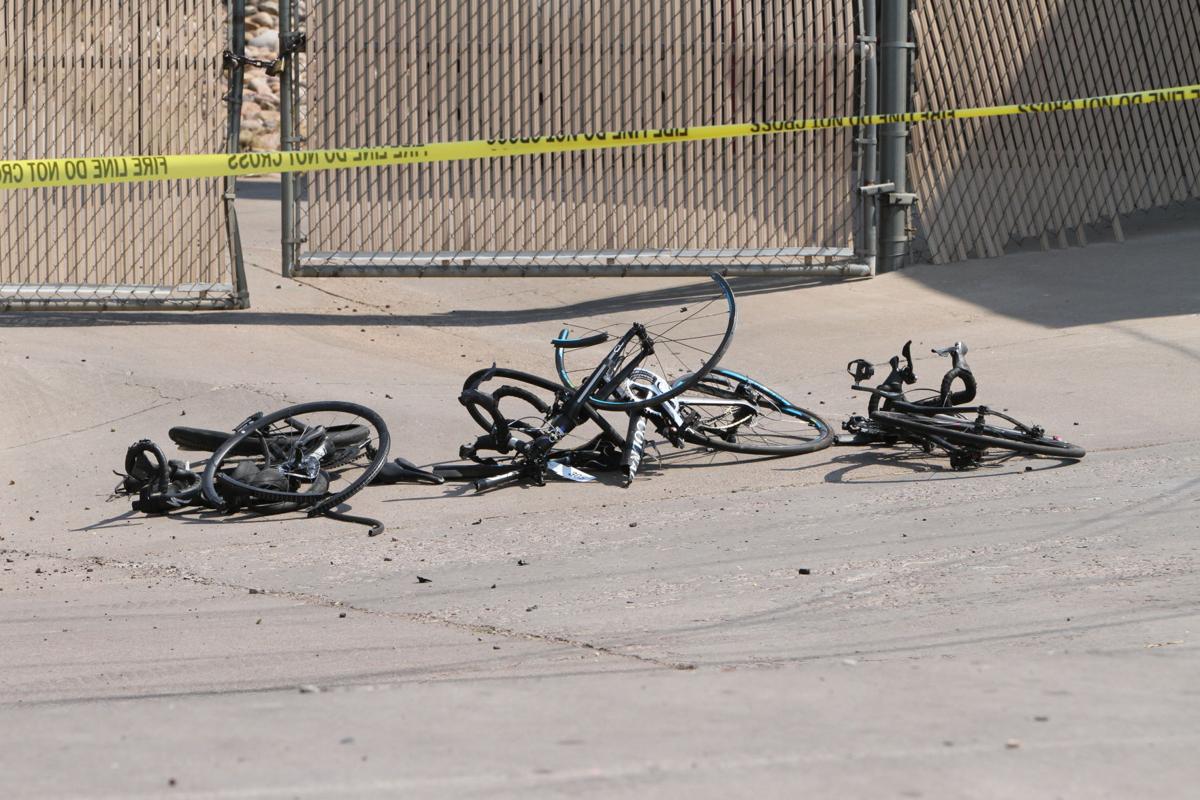 BELOW: A bicycle wheel and part of a front fork were found embeded into the grill of a Ford Super Duty pickup after the June 19 incident.

BELOW: A bicycle wheel and part of a front fork were found embeded into the grill of a Ford Super Duty pickup after the June 19 incident.

SHOW LOW — A Bike the Bluff race victim who was seriously injured allegedly by Shawn Michael Chock driving a Ford Super Duty truck into a scrum of cyclists in Show Low on June 19 has died. In an email dated Sunday, July 11 a group called AZ Cycling wrote that Jeremy Barrett, age and hometown unknown, passed away during the night of July 10-11. They wrote: “Jeremy was a wonderful mentor and friend of the cycling community. Our thoughts are with his family and friends.”

Meantime, as expected, a Navajo County Grand Jury has indicted Shawn Michael Chock, 35 of White Mountain Lakes, for his alleged actions during the 13th annual Bike the Bluff championship road race along the Deuce of Clubs Boulevard on June 19. The new charges were filed before one of the victims died.

Chock has been described as deliberately crashing his Ford Super Duty pick up truck into a group of 40 or 50 bicyclists, fleeing the scene and getting shot by law enforcement officers. In all, eight persons including Chock were hospitalized. The Department of Public Safety which is leading the investigation told the Independent last week that they believe six persons are still in hospitals in Arizona and New Mexico, and now one has died. Chock is out of the hospital and he is being housed at the Coconino County Detention Facility in Flagstaff. He is presumed by law to be innocent.

On July 2, prosecutors filed a direct complaint against Chock in the Navajo County Superior Court, alleging 20 felony crimes. But on July 6, the grand jury handed up its indictment charging Chock with 11 counts; they are: nine counts of aggravated assault with a deadly weapon or dangerous instrument (meaning the truck), Class 3 Felonies, leaving the scene of a collision causing serious injury, listed as a Class 2 Felony, and unlawful flight from a law enforcement vehicle, a Class 5 Felony. The indictment will “supercede” the direct complaint.

Now that one victim has succumbed to his injuries, this is now a homicide case and it can be expected that Chock will be charged with some version of murder.

According to Arizona’s sentencing laws, if Chock is found guilty of the offenses charged, he faces decades in prison in what could be in essence a life sentence for this 35-year-old man, not even counting the expected homicide charge.

With regard to the issue of whether Chock was driving while impaired that morning, it is likely that a sample of Chock’s blood was collected at hospital. Arizona law says that a blood sample can be voluntarily given by a suspect, but if a blood sample is drawn for medical purposes, the medical provider must give part of it to law enforcement upon request. Finally, a sample could have been by way of a warrant. In any event, the testing of the sample and subsequent toxicology report, especially if it goes to the so-called DPS crime lab, can take months to produce.

Meantime, the case has been assigned to Presiding Navajo County Judge Dale P. Nielson. The County Attorney’s office represents the State of Arizona, although the specific deputy county attorney assigned to the old, 20-count direct complaint charges or the new 11 indictment charges is not identified yet. Chock was represented in the original 20 direct complaint charges by defense counsel Hunter T. Lewis, of the Snowflake law firm of Holland, Saline & Lewis according to court records. One of Lewis’ websites stated that he has been practicing law in Arizona for eight years and serves on the Snowflake Town Counsel. It is believed that Lewis or his firm is one of the lawyers appointed by the court to represent indigent defendants and likely will be appointed to defend the new charges as well.

Chock’s arraignment was scheduled for July 12. That is one of the initial court proceedings wherein an accused is formally advised of the charges, advised of fundamental constitutional rights like the right to be presumed innocent, the right to remain silent and the right to an attorney. The defendant then enters a plea of guilty or not guilty and the case proceeds from there.

The very first court date in criminal cases is called an initial appearance wherein a judge determines release conditions and eligibility for a court-appointed lawyer. In this case, Chock is held on a $500,000 bond according to the Coconino County Sheriff’s Office. The bond amount may change if Chock is indicted for causing the death of Barrett.

Appreciate this very sad update. Hope they nail Chock to the wall.

Such a tragedy for everyone. I have wondered about all those who were hospitalized. I had prayed that no one would die from their injuries. Thank you to the reporters of the White Mountain Independent for your continued coverage of this matter. My husband was a cyclist who loved riding his bike through the beauty of nature and often rode in bike festivals because there is an entrance fee which always goes to support a worthy non-profit. What happened in our town of Show Low was nothing short of heart-breaking. I appreciate the professional, fact-based and informative reporting of this matter by this newspaper.