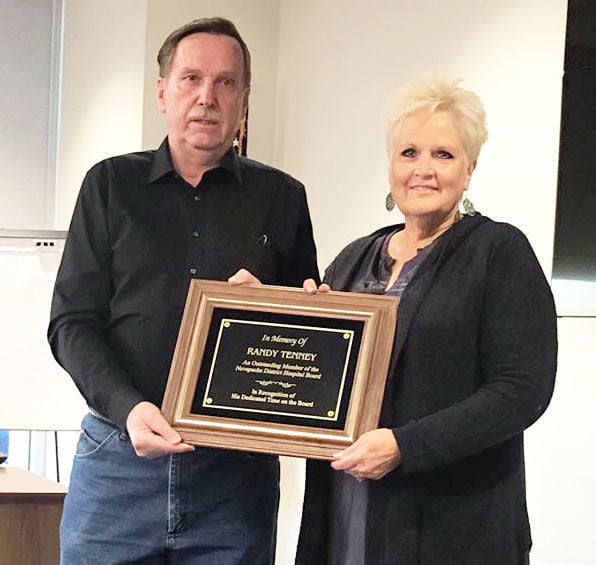 Greg Butler presents a memorial plaque to Randy Tenney’s wife, Debbie honoring Randy for his many unselfish hours serving on the board. 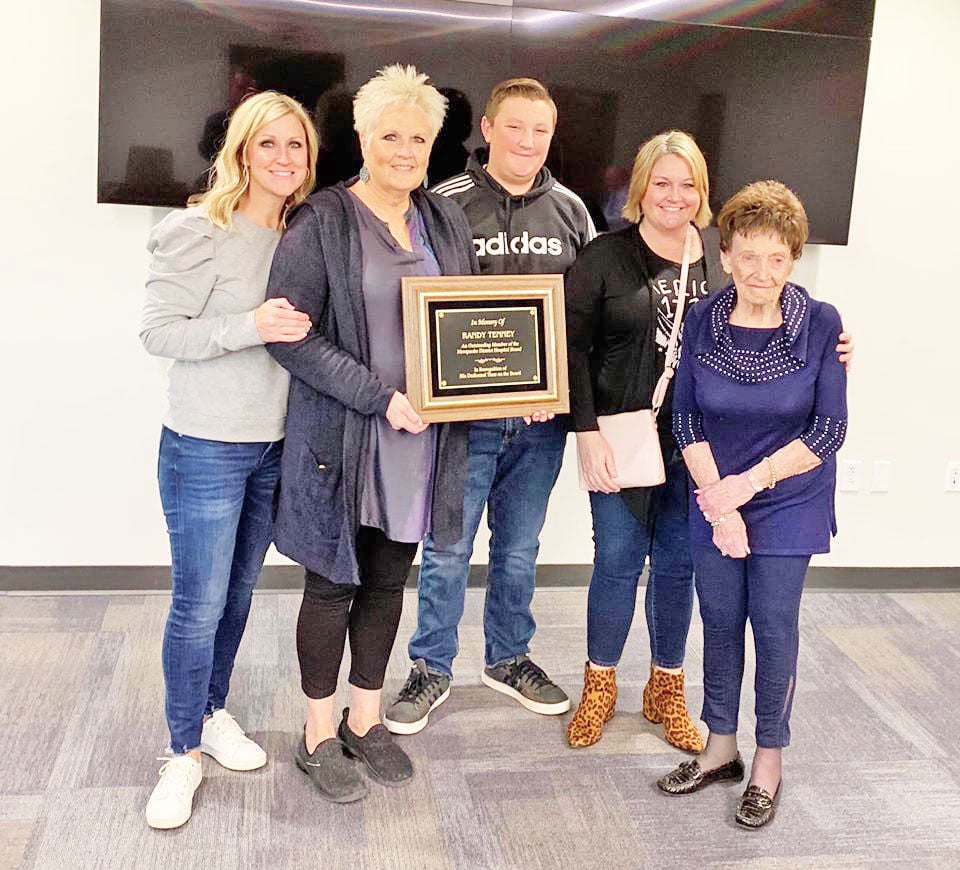 Greg Butler presents a memorial plaque to Randy Tenney’s wife, Debbie honoring Randy for his many unselfish hours serving on the board.

The semi-annual meeting of the Navapache Hospital District Board was held March 3, in the new board room at Summit Healthcare. Before the business portion of the meeting began, there was a special presentation made to the family of Randy Tenney, a former active member of the District Board.

Chairman Greg Butler presented a memorial plaque honoring Randy for his many unselfish hours on the board to his wife Debbie Tenney. The plaque will be placed in the entry area of the original hospital for patients to also appreciate the dedication that Randy gave to the hospital, and of of Randy’s family connections to the hospital.

He said that Randy’s grandparents, Arlee and Verde Maxwell, along with many other families in the communities, were instrumental in helping bring the first community hospital in this area. It was named the Josephine Goldwater Hospital because Mrs. Goldwater’s family donated the remaining funds necessary to complete the building. The local citizens of Show Low and the adjoining communities had raised the majority of the building expenses through different fundraisers and personal donations.

That hospital sat where Northland Pioneer College in Show Low is today. Imogene Tenney, Randy’s mother and her dear friend, Peggy Butler sanded and painted the six hospital beds that were donated to the hospital.

Butler encouraged the younger Randy Tenney family members to continue on with his legacy and be involved as Randy was in his community.