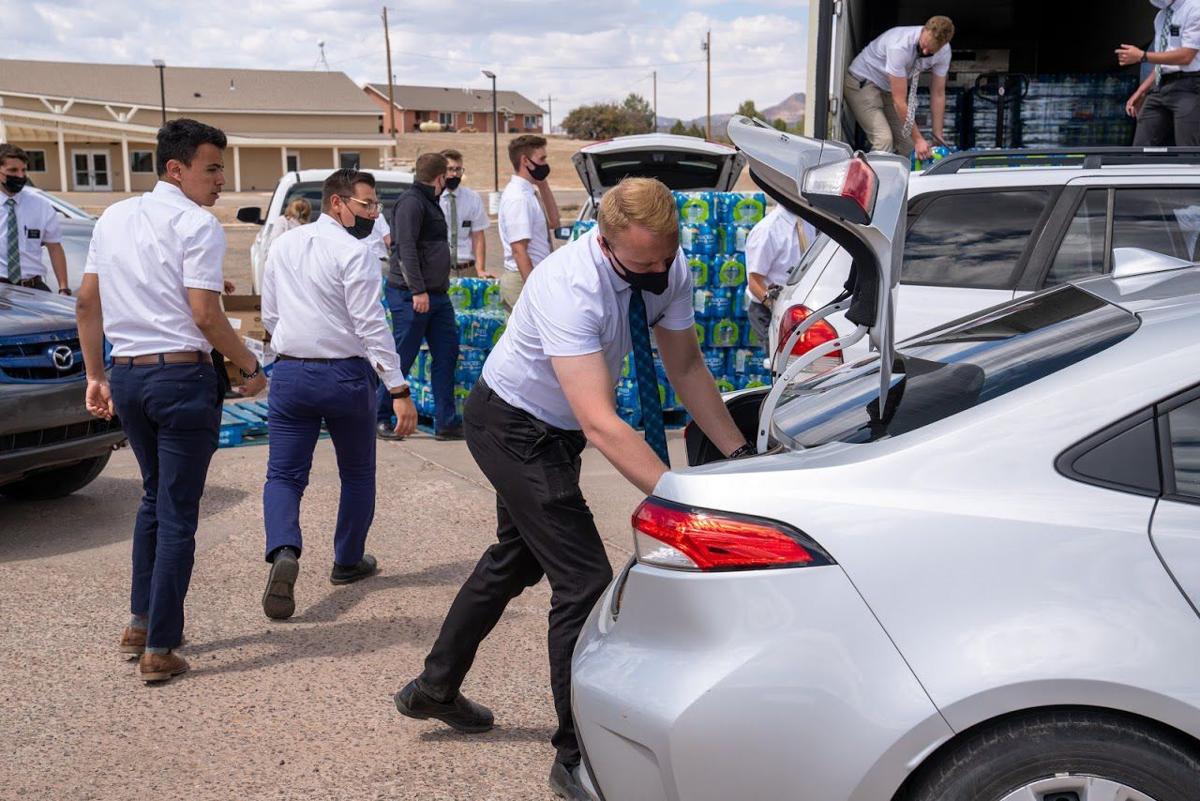 Distributing much needed water to the Cibecue community following the Sawmill Fire, Bashas’ grocery stores and missionaries for the Church of Jesus Christ and the Latter-day Saints teamed up to fill a critical need for the WMAT community. 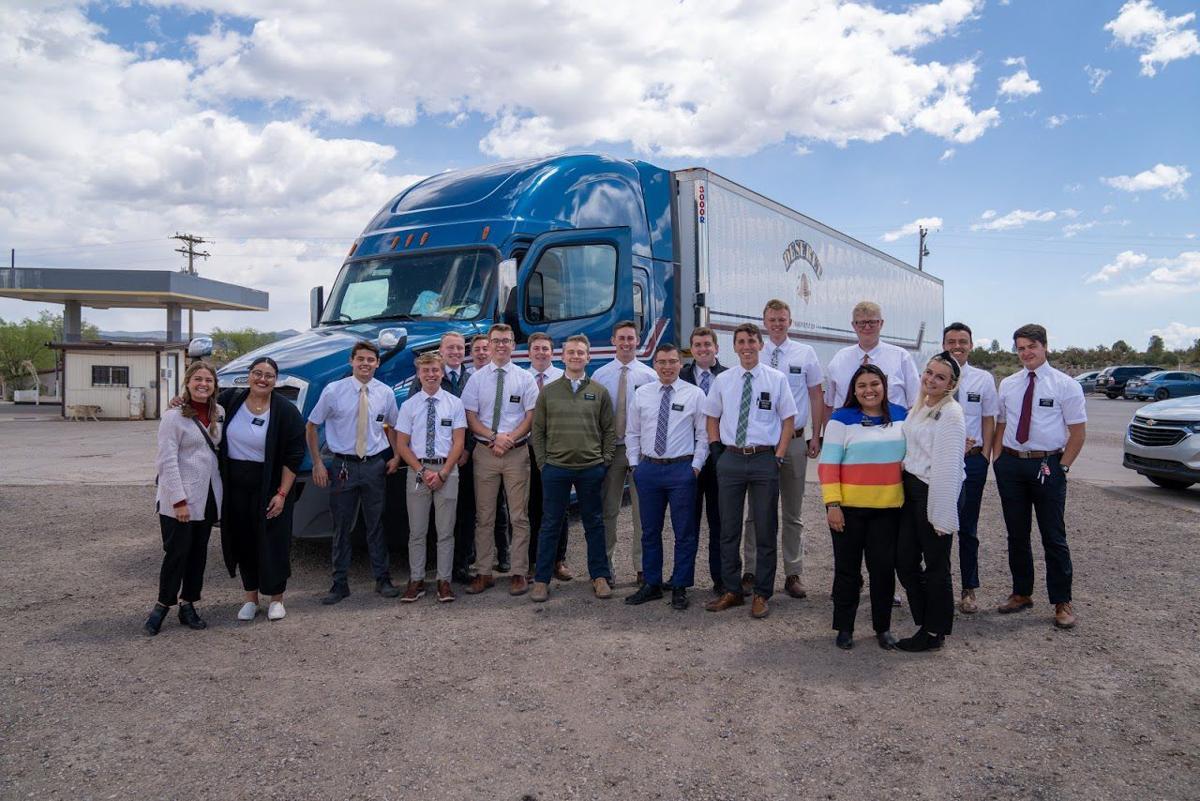 Partnering to bring water to Cibecue after the Mill Fire on April 23, are missionaries for the Church of Jesus Christ of Latter-day Saints and Bashas’ grocery stores.

Distributing much needed water to the Cibecue community following the Sawmill Fire, Bashas’ grocery stores and missionaries for the Church of Jesus Christ and the Latter-day Saints teamed up to fill a critical need for the WMAT community.

Partnering to bring water to Cibecue after the Mill Fire on April 23, are missionaries for the Church of Jesus Christ of Latter-day Saints and Bashas’ grocery stores.

CIBECUE — According to a social media post by BIA Forestry & Wildland Fire Management, Fort Apache Agency, the Cibecue Mill Fire, located near the old sawmill in Cibecue, began on April 21. When the fire jumped the creek on April 23, power had to be shut off to prevent hazardous conditions. With no power to the wells, a water shortage resulted.

The White Mountain Apache Tribe Police Department advised citizens that fire fighters were aggressively working to contain the fire. They asked residents to use alternative routes such as South Cooley Road due to the location of the fire, and asked non-residents to avoid the community.

Chairwoman Gwendena Lee-Gatewood announced on her Saturday morning Facebook show that the bulldozer managed to get control of the fire on April 23 and said it was contained in that area.

“Everything is being mopped up in that area but the sawdust just slowly continues to burn,” said Lee-Gatewood. “They have our resources on it and I just want to thank Bashas’ grocery stores and the Church of Jesus Christ of Latter Day Saints for their semi truckload of water for the community.”

Missionaries from the church helped distribute the water on April 23.”

The same day BIA was dealing with the Cibecue Sawmill Fire, they were also handling the Snake Creek fire near Sunrise Junction, caused by a down power line, and the Amos Wash fire which was caused by a faulty catalytic converter.

Lee-Gatewood said she wanted to thank the tribal fire department, Timber Mesa Fire and Medical, Navajo County and various other entities, who worked throughout the night and days following to contain the fire which was about half an acre.

Adding public works, land operations, WMATCO, all the tribal departments, Chief Mark Tessay and his crew, the police department, the Cibecue Complex staff and Donna Cooley and Councilmen Arnold Beach, Sr., and Travis Tessay, Sr. to her list of those who contributed to helping with the fire, Lee-Gatewood said, “It says a lot about how everyone came together, so thank you so much.”