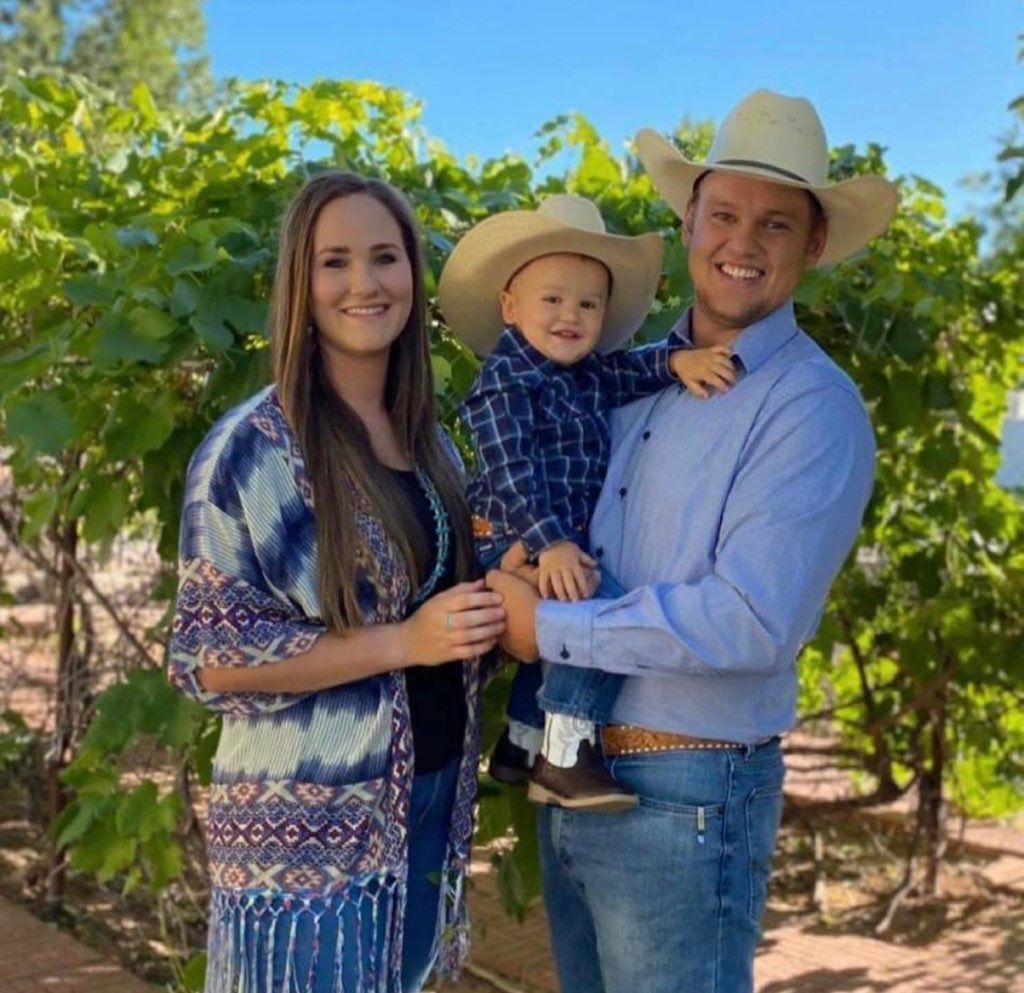 Having died due to injuries sustained in a March 22 collision on Concho Hwy., Natalie Elkins Shumway’s funeral is Friday, April 2 at 10 a.m. at the Centennial LDS Stake Center in Snowflake. The service will also be broadcast via Zoom at https://zoom.us/j/97561889198. (From L) Natalie, son Nash and husband, Jake Shumway. 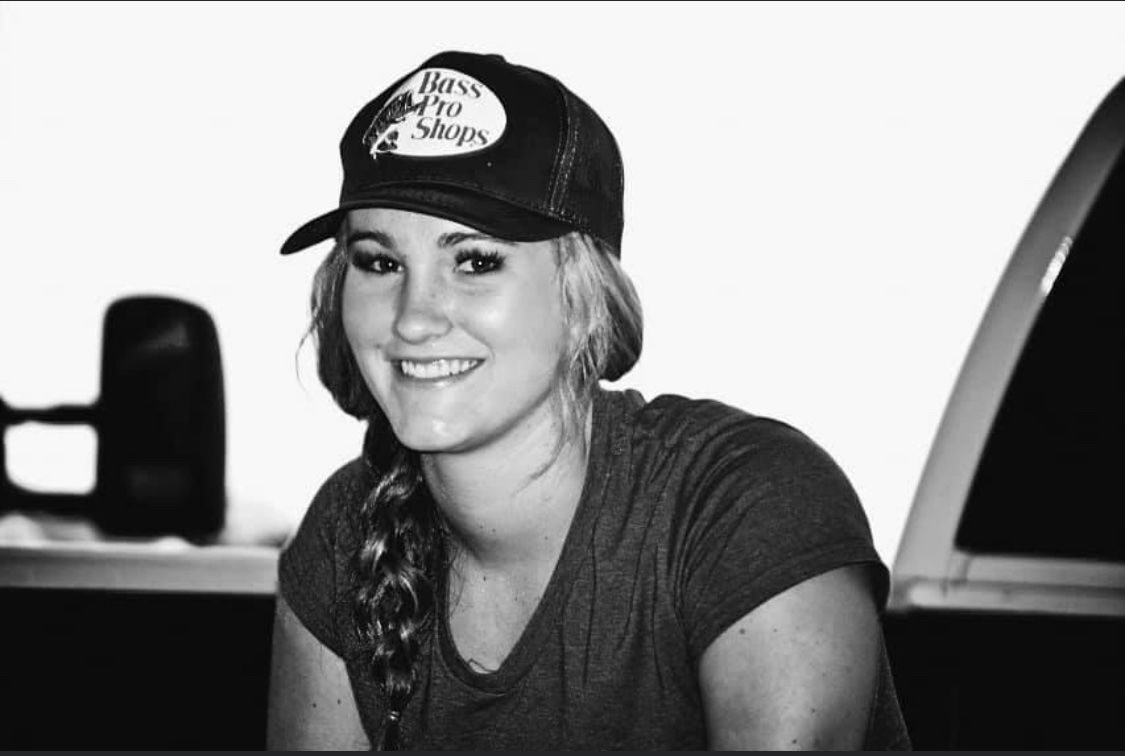 Having died due to injuries sustained in a March 22 collision on Concho Hwy., Natalie Elkins Shumway’s funeral is Friday, April 2 at 10 a.m. at the Centennial LDS Stake Center in Snowflake. The service will also be broadcast via Zoom at https://zoom.us/j/97561889198. (From L) Natalie, son Nash and husband, Jake Shumway.

SNOWFLAKE — Living in a community where everybody knows everybody, or at least knows of them, has a profound effect on everyone when tragedy strikes. So it is now.

March 22 changed the lives of many in Navajo and Apache counties, and in particular Snowflake and St. Johns. A beloved 27-year-old wife and mother, Natalie Elkins Shumway, died on March 23 of injuries sustained in a March 22 collision with a tractor-trailer on Concho Highway at 7:34 a.m.

Natalie Ruth Elkins was born in Show Low to Bill and Sherri Elkins. She had two brothers, Bo and Bryant and two sisters, Becky and Janessa. They were a ranching family. She grew up in Snowflake, where she was an avid athlete all though school. Her senior year at Snowflake High School in 2012 she was All Conference and 3A All-Star MVP (Most Valuable Player) in volleyball. She was also all-state in softball and all-conference in basketball.

She went to Mesa Community College where she majored in speech therapy and played Collegiate Volleyball. Her next educational stop was Northern Arizona University in Flagstaff where she graduated in speech therapy. The last four years has worked with the St. Johns Unified School District as a speech pathologist. She also coached the Junior Varsity Volleyball team for Snowflake High School and was a primary teacher at her church.

According to her best friend, Carli Stratton Reidhead, she only had one boyfriend since grade school and that was Jake Reed Shumway.

“They never dated anyone else. They were a match made in heaven,” said Reidhead.

They married in 2014 and their marriage was solemnized at the Snowflake LDS Temple of The Church of Jesus Christ of Latter-day Saints. They have a 2-and-a-half-year-old son, Nash Reed. And, although Natalie was seven months pregnant when involved in the collision, an emergency cesarean section was performed and their three-pound baby girl, Brooklyn Ruth, was delivered and is in the Neonatal Intensive Care Unit.

Following Natalie’s death, Jake’s cousin, Heather Farr Flake, posted on March 24 that a VENMO account had been set up for anyone who would like to donate: venmo@InmemoryofNatalieShumway.

On March 25 a Facebook blog page was created, “Memories of Natalie Shumway.” The About section of the page stated, “So many beautiful memories have been shared about Natalie. We would love to have them all gathered in one place to create a book of memories for Natalie’s children.”

One story after another was shared, relating memories of sports, fun and antics that friends and family experienced with Natalie from grade school on. Even people who did not personally know her, or did not know her well, posted about her grace, her kindness and her ability to make everyone feel special. Her goodness and the sincere sadness of her absence in their lives could be felt through what you could tell were heart-felt words.

Reidhead, who also posted some of her memories, said it is hard to talk about Natalie without breaking down. She said the emotions come in waves.

“She was really the kindest person, really patient and sweet,” said Reidhead. “Everybody around her felt loved. She was a real athlete on the court or on the field where a different side of her came out. She was competitive and she was the best on the team each time. She had a prankster side to her, too, and did things in a quiet way.”

On Wednesday, March 31, the Snowflake High School gym was the scene for a fitness class in honor of Natalie, along with an auction fundraiser.

Ditty’s Pizza and Pie in St. Johns had a fundraiser on April 1. “We are holding a fundraiser to benefit the family of Natalie Elkins Shumway. Natalie made a huge impact for our little town of St. Johns during the 4 years she worked at the school as a Speech-Language Pathologist Assistant. Let’s show her family how much we love and support her! “

T-shirts and necklaces were also offered as a fundraiser for the family and the response was overwhelming.

English poet Philip James Bailey wrote, “It matters not how long you live, but how.” Such an appropriate quote relating to Natalie Elkins Shumway whose short life of 27 years had such an affect on the lives of so many.

And, wouldn’t we all love to have a hashtag after a post about us like the one people are using for Natalie — #BeLikeNatalie.

"Early Monday morning, our relatively peaceful and contented lives were suddenly upended by the news of the horriﬁc accident involving our beloved daughter, Natalie, and her unborn baby girl. The shocking impact of this unwelcome and unimaginable news struck with such a force that it seemed to knock the very breath from our bodies. A tremendous sense of loss and sadness soon followed. We tearfully wonder how can we possibly continue on with our lives without Natalie’s beautiful light?‭!‬ In spite of this profound sadness and acute sense of loss, we gratefully acknowledge the divine protection given to Jake and Natalie’s precious baby daughter. Although she was subjected to the very same crushing forces that mortally wounded her mother, this little angel emerged from the womb virtually unscathed, truly a miracle.‭!‬ We would like to take a moment to express our sincere gratitude and heartfelt appreciation for the overwhelming love and support we have received from our family, friends and communities. The numerous expressions of love and condolence from Natalie’s coaches, teammates, coworkers, friends, acquaintances and even acquaintances of acquaintances, has been truly unbelievable. Many have shared stories of Natalie that we have never heard. Thank you so much for bringing us a little joy and an opportunity to smile during this di‭ﬃ‬cult time."

A very nice tribute to this beautiful young woman - thank you Barbara.