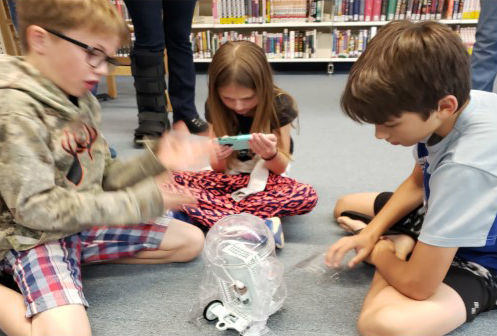 Houston, we have a problem. Chloe Schultz, Tanner DeSpain and Hayden Halter trying to work out an issue. 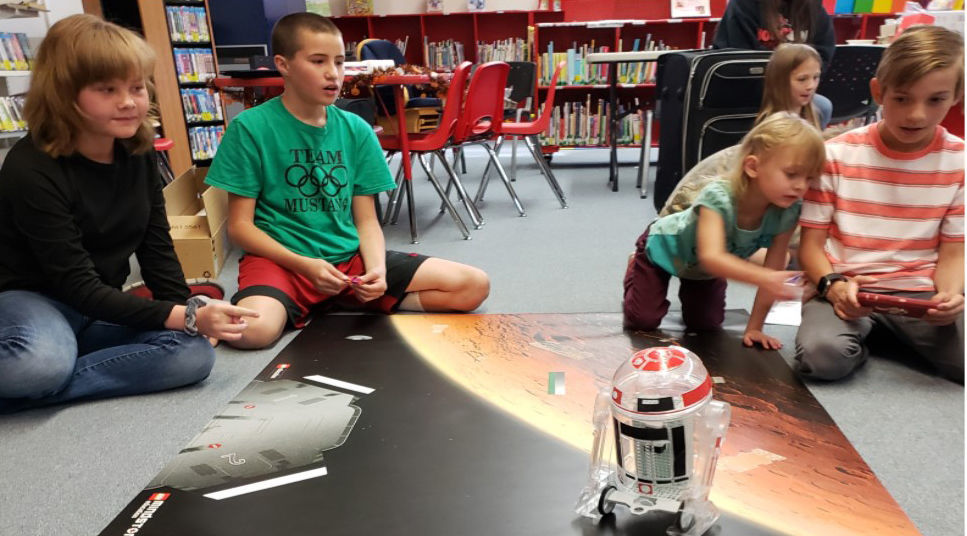 Houston, we have a problem. Chloe Schultz, Tanner DeSpain and Hayden Halter trying to work out an issue.

HEBER — The club now has a new meeting location and have expanded the club to include Kindergarten through sixth grade. Group size is not limited and you can jump in anytime.

The Rim Coding Club has moved from the Rim Community Library to the CAPPS Middle School Library, 3375 Buckskin Canyon Road in Heber. Come in through doors located off the west parking. The club meets at 10:30 a.m. to noon, the first and third Friday of the month.

Since the first meeting, they found that non-readers and readers alike loved the curriculum. The term curriculum may sound school-like, but this curriculum doesn’t feel like any they have used before. It is more like playing with their favorite animated characters, directing the characters to do what they want using basic coding tools. It’s fun and it is learning at its best. As they progress through the coding curriculum, they might even choose to create their own Minecraft World.

At the last meeting, they added two Star Wars robots. The kids had a blast building them. Creativity, team work and problem solving was the name of the game. Can you believe they barely had them assembled as per the instructions, before they were talking about how they were going to modify the bots to their own specifications? It is all about letting their imaginations soar.

Kids remember, the bots can’t wait to get out and play the first and third Fridays of the month. Come and check out what we have in store for the next meeting. Don’t worry about bringing a computer, we supply all the equipment and the Rim Computer Coding Club is free.

Thank you to the Just the Kids organization and Superintendent Tenney and his staff.