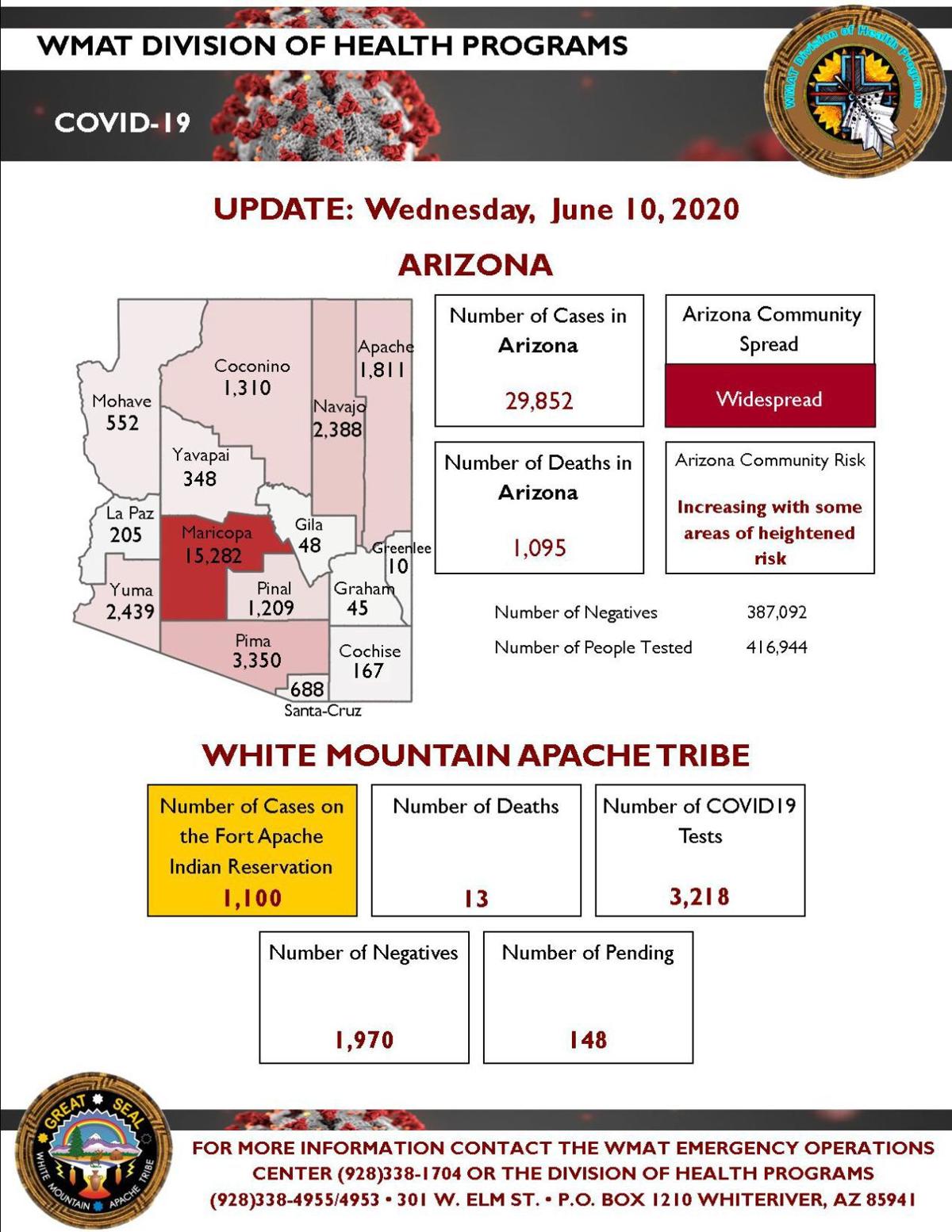 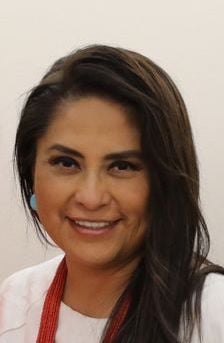 “Now more than ever, we must do all we can to keep each other safe," says WMAT Chairwoman Gwendena Lee-Gatewood. 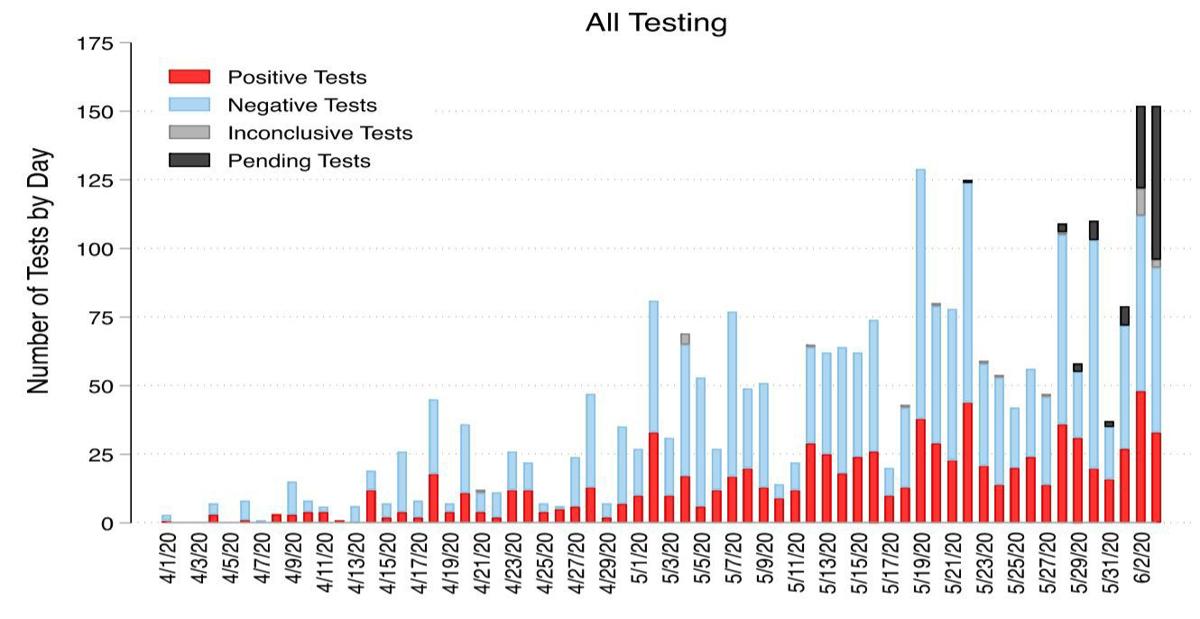 The June 4, 2020, graph reflects COVID-19 testing, by day, on WMAT. This report was prepared by the Johns Hopkins Center for American Indian Health in partnership with the Whiteriver IHS Hospital, as requested by the White Mountain Apache Tribal Council and Chairwoman Gwendena Lee-Gatewood. Data were supplied by Dr. Ryan Close.

WHITERIVER — Cases of COVID-19 on the White Mountain Apache Tribe have surged to 1,100 as of this week, according to tribal officials, making it one of the largest hotspots in the state.

The number of reported cases has continued to rise on the reservation since the tribe declared an Emergency Declaration on March 12.

Chairwoman Gwendena Lee-Gatewood initiated the Declaration and activated an Emergency Operations Center to act as the Tribe’s official response team to COVID-19. The Tribe formally recognized that “Coronavirus (COVID-19) now poses an imminent danger to public health, safety or general welfare of the people of the White Mountain Apache Tribe ...”

An April 26 press release issued by Lee-Gatewood confirmed the first death from COVID-19 on the reservation. At that time, the number of cases remained under 100. The tribal member who succumbed to the virus was high risk because of her age. She was reportedly “in her late 80’s and contracted it from an earlier known case,” stated the release.

“Now more than ever, we must do all we can to keep each other safe,” urged Lee-Gatewood.

On March 23, the Tribe imposed a daily curfew was imposed on the WMAT population from 10:00 p.m. to 5:00 a.m. with access closed to most public places. In addition, the Tribe “closed off all entry to the forests of the Reservation, except for Tribal member firewood gathering...” as a result of being “… faced with challenges presented by the uncontrolled spread of COVID-19 and protecting the Reservation and its residents with limited resources ..." states the order.

Unfortunately, the cases continued to climb since the end of April. On May 1, there were 142 reported cases.

On May 19, there were 448 cases and 3 deaths reported which reflects a doubling of cases in less than 30 days.

On Sunday, June 7, Lee-Gatewood and the Tribal Council issued a Declaration for a Day of Prayer and Fasting which asks for continual prayer “for the 925 persons who have been diagnosed with COVID-19 thus far ...”

“I humbly and faithfully call upon all of our Tribal members to kneel in prayer and fasting … that we be delivered from the modern plague of COVID-19; that the sick will be healed; that those who mourn will be comforted; and that the White Mountain Apache Tribe once again be allowed to prosper in health and safety ...” added the Chairwoman.

Surrounding communities recognize the challenges the WMAT is facing as a rural and remote community with a high-risk population, according to The Tribe’s Health Program.

On Thursday, June 11, the Town of Pinetop-Lakeside and the City of Show Low organized a COVID-19 relief drive for the White Mountain Apache Tribe.

“Now more than ever, we must do all we can to keep each other safe."