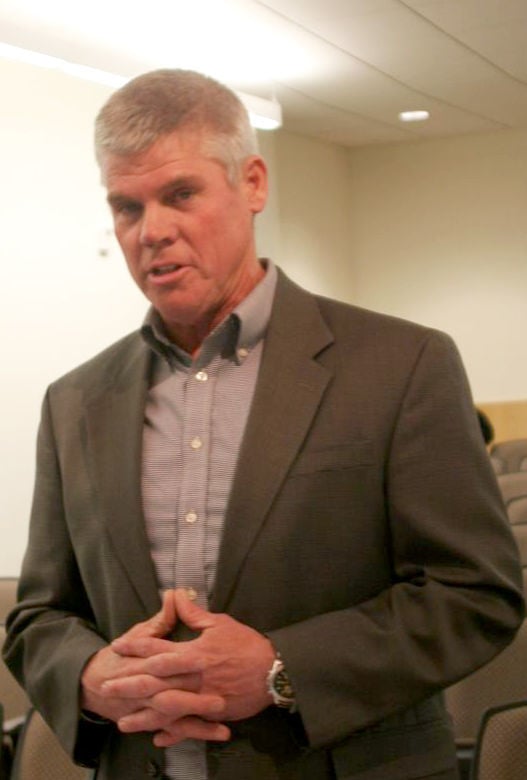 SHOW LOW - Show Low Economic Development Director Steve North has been working long hours trying to make sure that businesses in the White Mountains can get the help they need during the pandemic shutdown.

That includes connecting self-employed businesses owners and gig workers with unemployment, helping businesses figure out whether they qualify for federal payday loans and planning towards the earnestly hoped-for return to normal life.

“I think most businesses are pretty anxious for things to open back up again,” said North, whose office has contacted perhaps 650 of the region’s 800 businesses. “They understand why this needed to be done, but obviously they’re eager to get back to some sense of normalcy.”

One recent study by Arizona State University economists offers hope that the economy will recover in just three to nine months as people go back to work. But that’s not until we’ve weathered a second-quarter 20 to 40 percent drop in Gross Domestic Product, with unemployment rates in the state above 15 percent.

Meanwhile, assorted state and federal programs have offered trillions in short-term help for businesses and laid-off workers. However, battling through the red tape to get assistance has proved daunting, said North.

For instance, the $2 trillion federal CARES Act included money to bolster the benefits for laid off workers during the pandemic. That includes many small business owners and many of workers who don’t draw a salary and don’t pay unemployment taxes, especially in the tourism and service-industry dominated economy of the White Mountains. The federal program boosted the state’s $240 maximum weekly unemployment benefit by $600. Self-employed and part time workers normally can’t get unemployment, but they can qualify for the $600 per week supplemental benefit.

The flood of applications overwhelmed the state Department of Economic Services, resulting in delays in processing applications. The system couldn’t process the claims of the part-time and self-employed workers at all. Now the state has hired an outside contract – Geographic Solutions - to handle the claims of the self-employed, which hopes to begin sending out checks in the next several weeks. The benefits will be paid retroactive to the initial filing.

Total jobless claims in the past two months has risen to 514,000 – 7 percent of the state’s population, which suggests an unemployed rate of 10 or even 15 percent. Currently, some 300,000 people are receiving continuing claims, with the rest lined up to qualify.

Many of the 230,000 who have applied but not received a payment are likely self-employed workers who normally wouldn’t qualify for benefits. The state is now paying out $151 million weekly in unemployment benefits, much of it channeled from the federal government.

The numbers will likely get worse with each passing week. Nationally, 30 million have filed for unemployment since the pandemic came ashore. The jobless rate is now well above the Great Recession and closing in on the Great Depression – wiping out a full decade of job growth.

Despite the dire jobless figures, North said local businesses are weathering the storm. “Obviously business has slowed down, but most of them seem to be adjusting – looking for more creative ways to adjust to the situation. It depends on the industry. Some of them are doing really well – groceries, Walmart, Home Depot, Lowes. People are buying groceries and staying home are working on their homes or doing improvements out of the house. They’re all doing well. Some of the restaurants with drive through windows are doing well. Hotels, dine-in restaurants, hotels, non-essential businesses and some of the retailers, they’re struggling.”

Crowds of visitors continue to arrive every weekend, he noted. “We’ve got quite a few visitors. When it tops 105 in the Valley, people want to come up where it’s cooler.”

He said many businesses have applied for a potentially forgivable loan through the federal CARES Act paycheck protection program, but few have yet received the money. The program has fine print that has worried many businesses owners. The loan is forgivable so long as the businesses doesn’t lay of any workers or quickly rehires them when allowed to open. But many business owners don’t want to pay workers when they’re closed because they’re not certain they won’t have to eventually repay the money. Each business can get a loan equal to 2.5 months of payroll, but must spend at least 75 percent of the money on payroll.

Many business have already had to lay off people, so when they get the loan they’re holding onto the money for fear they’ll have to pay it all back when business reopens – even if the economy remains slow.

That’s where the forecast by the ASU economists offers some hope. ASU economics professors Dennis Hoffman and Lee McPheters predicted a “V-shaped” recovery at the annual forecasting webinar hosted by the W.P. Carey School of Business and the Economic Club of Phoenix. The prediction is based on the assumption that a fresh wave of infections and deaths don’t force a second shutdown.

The economists said the recession that started in mid-March will last three to nine months.

So far, Arizona has suffered less from the pandemic than many states – although cases have resumed a steeper rise in the last two weeks. The economists say unemployment amounts to about 9-14 percent of the labor force, but only 13 states had lower unemployment rates. The economics predicted unemployment will drop back down to 5.5 percent in 2021. Population growth hit 1.7 percent last year, but they predict an increase of just 1 percent this year. By 2021, they predicted a rise to 1.4 percent.

The effects of some $3 trillion in federal stimulus spending have yet to kick in. The federal government is spending about four times what it put out to cushion the Great Recession a decade ago.

“It’s going to depend on whether people are comfortable getting out or not. That’s one of the things that we’ve been encouraging our businesses to make sure they implement all the safety measures. That’s going to be the key as to whether you’re able to get your customers back in,” said North.

He said the shutdown has shifted more and more business to online sales, another blow to local retailers whose sales finance most town and county services.

The pandemic has also underscored the tight link between upgrading broadband and attracting economic development. In some cases, worker productivity has risen due to the shift to working at home.

“I kind of think we might see new opportunities for us. I think that we’re going to see a lot of folks from the metropolitan area wanting to get out of there. There may be an opportunity for us in the rural areas” if we provide fast, reliable Internet. “So I know for a lot of people it’s doom and gloom, but I see an opportunity to attract small-business entrepreneurs and broadband's the key to that."

The pandemic has also underscored the tight link between upgrading broadband and attracting economic development. In some cases, worker productivity has risen due to the shift to working at home.

“Obviously business has slowed down, but most of them seem to be adjusting – looking for more creative ways to adjust to the situation. It depends on the industry."