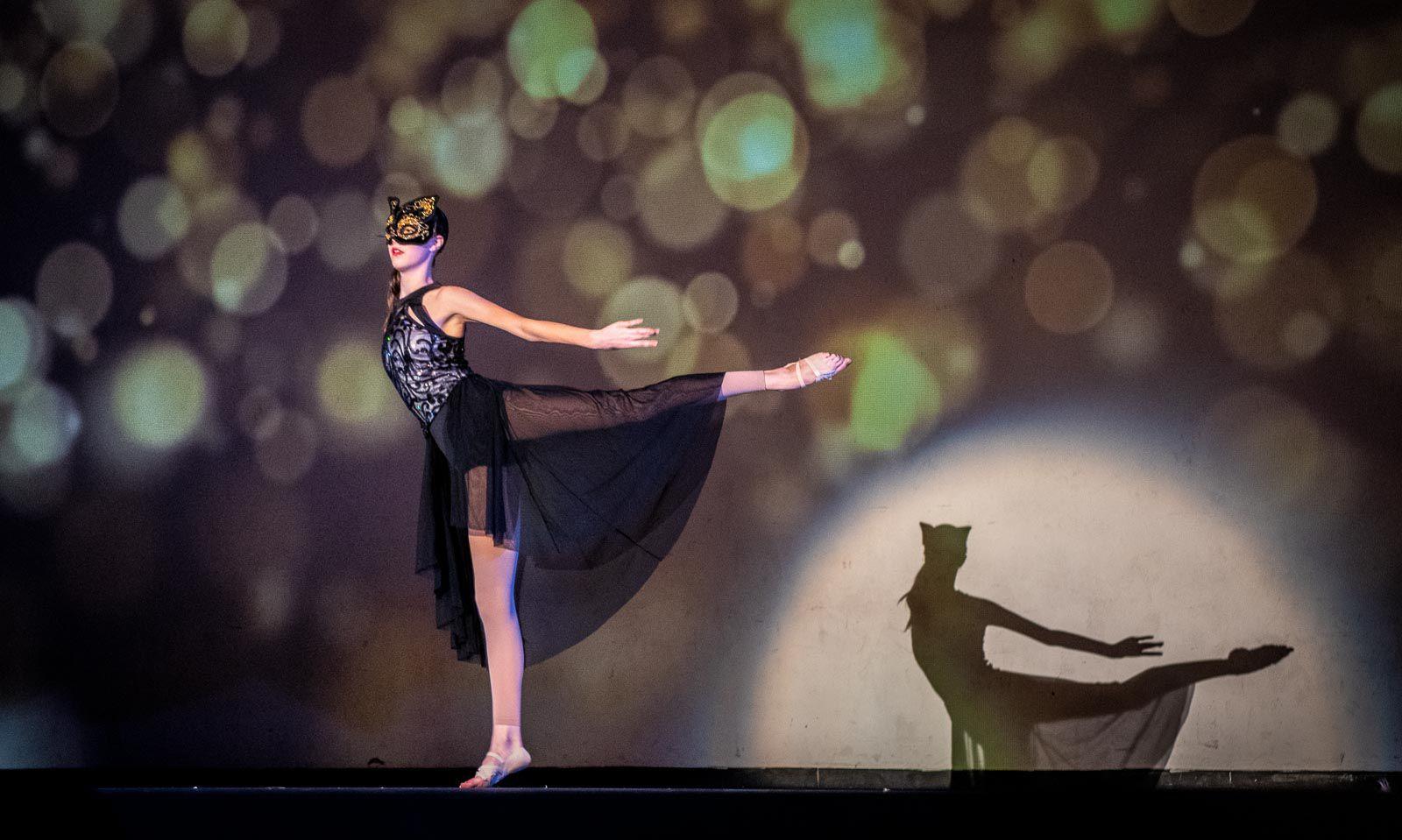 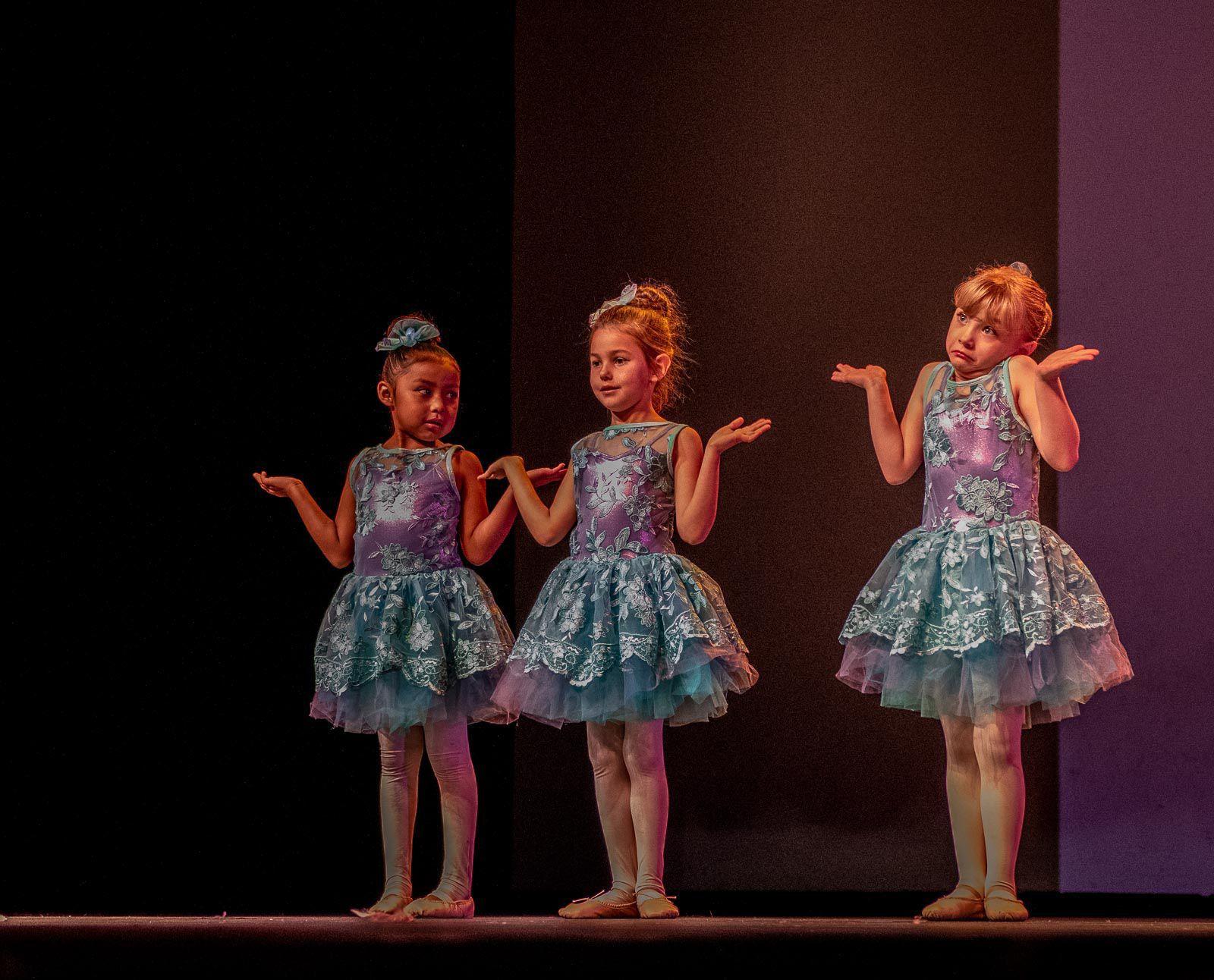 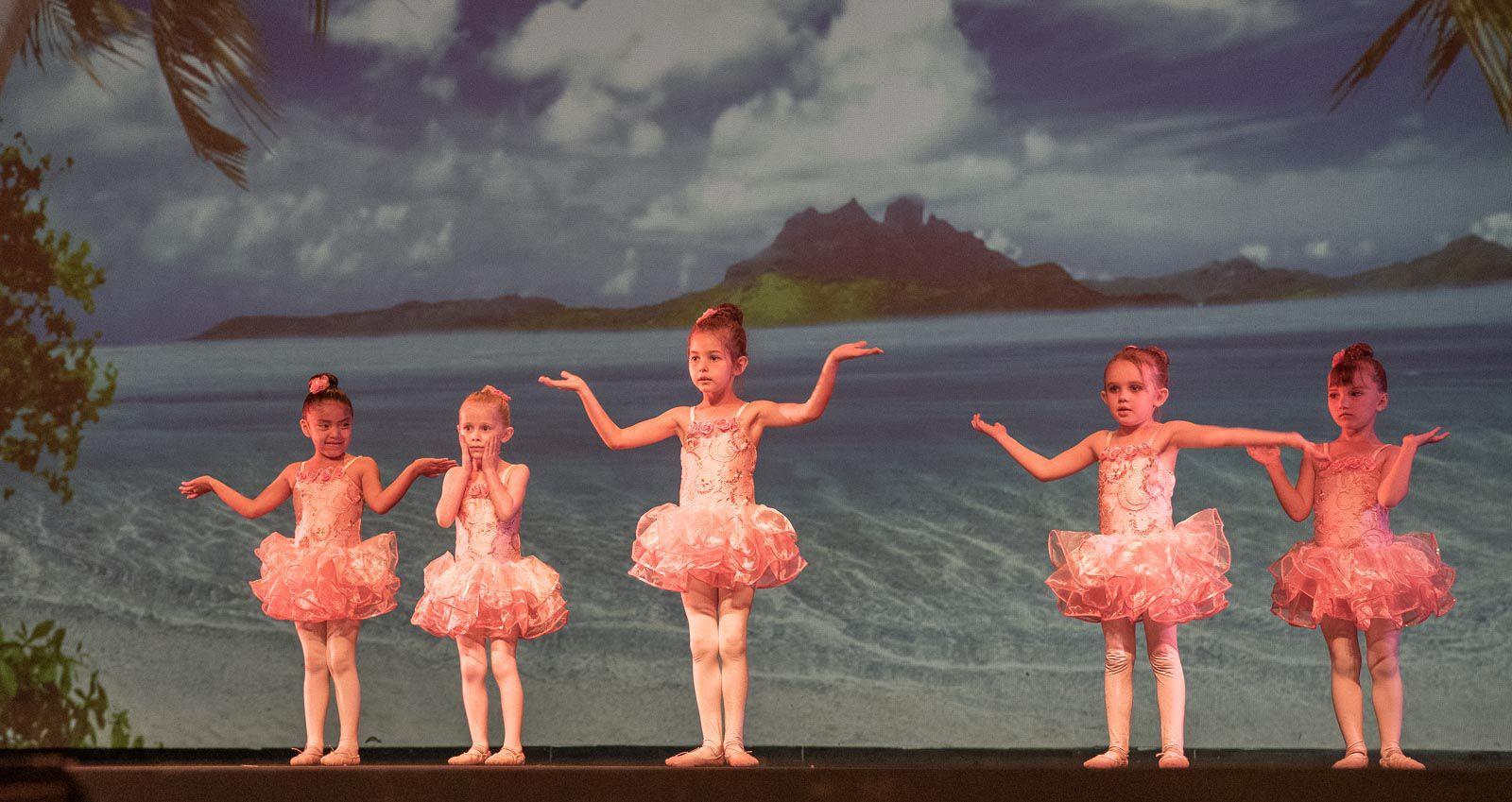 Members and their families help plant potatoes at the White Mountain Community Garden in Show Low.

The members of the White Mountain Community Garden held a work day and barbeque on May 18 to not only start planting, but to prepare the site for the first annual Garden Expo on May 25.

SHOW LOW — The long cold, wet and windy winter and spring this year has most people longing for the heat of summer. For nature lovers, the wind and cool spring temperatures are not a deterrent to digging in the dirt and planting flowers and vegetables.

The White Mountain Community Garden (WMCG) members met Saturday, May 18, to start their planting and clean up and host a barbeque, as well as to get ready for their first annual Garden Expo 2019. The event will be this Saturday, May 25 from 10 a.m. to 3 p.m. at the garden off of 9th Place in Show Low next to the Navajo County complex.

The expo is an educational and fundraising event to bring awareness to the community about healthy, organic gardening and the impact the WMCG has had on various groups and organizations in the area. Seeds and seedlings will be available for sale.

There will be over 30 vendors, up to 10 speakers on various topics, a food truck and scheduled activities for kids. The vendors include information and giveaways and such topics as lasagna gardening, landscaping and maintenance, soil amendments, solar cooking, essential oils for health, monarch butterfly program, quality manure, soil testing, worms and worm castings, making medicinal teas, food preservation, and others.

The speakers will be in the main tent and cover information on gardening in a short gardening season, tree planting demonstration, how bees are beneficial, vermicomposting, lasagna gardening, herbal teas, and growing lavender.

For the kids a schedule of events includes rock painting, bee flower balm making, and an insect safari. Kids can also color, plant a bean, have a scavenger hunt, and other activities. There will be a goodie bag for each family, door prizes and many raffle items.

Alison Hephner of Arizona Department of Health Services in Navajo County helped start and plan this event. “The White Mountain Community Garden is ranked the number-one neighborhood garden in Arizona,” said Hephner in an interview. “It’s all because of the great volunteers we have here.”

The 1.5 acre WMCG started in 2010 with just five members and now has over 80. The non-profit organization not only grows and sells all kinds of fruit, vegetables, herbs, and flowers, but they donate a good portion to local organizations such as Meals on Wheels, and senior centers.

The Blue Vase Recovery Center is one of several volunteer organizations that help out. They send people over on Saturdays to help with yard work and maintenance. “They say it has really helped the volunteers with overcoming their addictions and they love doing it,” said WMCG President Mary Alice Vertz. “We really appreciate their help.”

For more information in the WMCG and the Garden Expo go to their website at wmcgarden.org.

The commons area at The LOFT Teen Center in St. Johns. The center opened in September 2017 in the former juvenile detention center. Apache County Superior Court Judge Michael Latham is working to bring a similar facility to Eagar.

ST JOHNS — Following in the successful footprint created by The LOFT Legacy Teen Center in St. Johns, Apache County Superior Court Judge Michael Latham is continuing to pursue the creation of a similar center in Eagar.

Progress has been slower than he would like. But the project took a big step forward earlier this month when the Apache County Board of Supervisors approved spending $103,275 to contract with HistoricStreetscapes Architecture for the design of the approximately 6,000 square foot facility. HistoricStreetscapes Architecture is the same firm the county hired to design new library buildings in St. Johns and Round Valley.

The project appeared stalled for most of 2018, after the county approved $73,000 for the purchase of 3.47 acres for the facility on Butler Street in Eagar in November 2017. The location is within walking distance of Round Valley High School in a residential area, and the Town of Eagar Planning and Zoning Commission approved the facility in December 2017.

“There weren’t really any delays in the process as much as there was just a lot more required to get a project like this properly approved and prepared. For example, after we had the land purchased and zoning variances completed, we had to get drainage studies, soil studies, additional surveys, parking lot and building code issues addressed, in addition to about a thousand other small but essential steps I was unaware of. So a lot of time was spent refining our ideas and making sure we had the information the Town of Eagar needed as well as information our architect would need,” Latham said in an email to the Independent.

Now the County Engineering Department and Ferrin Crosby are involved in the project to help oversee such matters.

The supervisors also approved a contract with Torrison Consulting LLC to act as construction managers on the project at a cost of $88,281.

“We’ve been working for over a year for this,” Latham told the Board of Supervisors. “Round Valley is really excited, and kind of impatient,” he added.

Latham said that the youth response to the The LOFT in St. Johns “surpassed expectations.”

The Loft in St. Johns offers teens a study area with wifi for completing homework, a game room with pool and air hockey and video games, a music room with instruments and access to music lessons, board games, and access to technology for creating and editing videos and more. There is also an enclosed outdoor courtyard with a climbing wall and other outdoor recreational activities.

The LOFT also hosts parties, like the one held this past weekend as the kick-off to summer, Halloween parties, Super Bowl and more.

Latham has been nationally recognized for his work at the LOFT, which is unique because with the cooperation between the county and the juvenile justice system the LOFT was created by transforming the former county juvenile detention center.

The teen center in Eagar, which will be called The LODGE, will include many of the same amenities available in St. Johns.

“One reason I’m eager to complete this project is because I’ve seen the impact the LOFT has had on the St. Johns High School youth. We have over 300 active members, guitar lessons, kids recording their own music, lots of activities, etc. There has been a 55% reduction in juvenile referrals from the areas served since the LOFT opened in September 2017. The program has won awards from the Arizona Supreme Court and two awards from the Arizona Association of Counties, as well as national attention as we continue to see the impacts this pro-active engagement model has on our youth,” Latham wrote.

“The Round Valley High School students, where a large majority of the students we have jurisdiction over reside, don’t get the full benefits of these programs due to the distance. I’m confident once we have a Legacy Teen Center there we will have a similar impact on the youth there,” he added.

Latham was pleased with the the Supervisor’s votes.

“Now that this is approved, we can see some dirt moved,” he said. 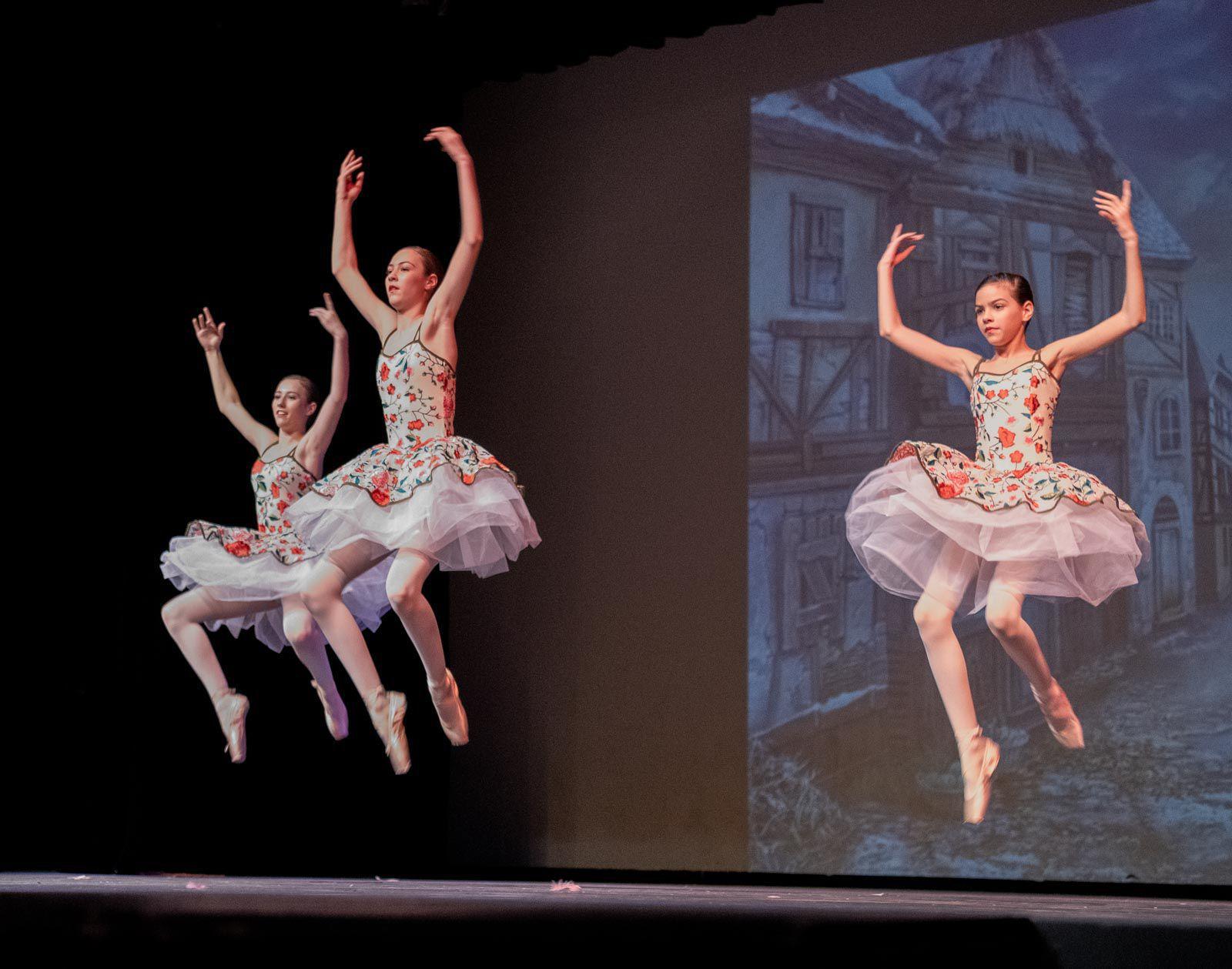