HOLBROOK — A 32-year-old man is dead after he tried to help his 34-year-old friend, who reportedly jumped from the historic Chevelon Creek bridge near Winslow Tuesday, July 13.

A third man, 28 years old, was taken to a local hospital with minor injuries suffered in the incident when he also tried to help.

A 55-year-old man with them was not injured in the incident.

All four men are from Leupp.

All of the as yet, the unidentified men were at the bridge July 13 when the 34-year-old decided for an unknown reason he wanted to jump off the bridge into the creek (more than 100 feet below) and was injured.

Two of his friends, the 32-year-old who died and the 28-year-old, climbed down to try and help him after realizing he was injured.

“Thank you to our partnering agencies Arizona Department of Public Safety Air Rescue, Joseph City Fire and Medical, Action Medical, Coconino County Sheriff’s Office Search and Rescue, and Guardian Air for the assistance in this matter,” Gorman stated in a press release about the fatal incident.

The White Mountains Community Firewise Block Party was cancelled in 2020 due to the pandemic, but the annual event is returning this Saturday, July 24 at Blue Ridge Elementary School from 9:30 a.m. to 3:30 p.m. In 2019 even Smokey Bear attended.

PINETOP-LAKESIDE — Just because the seasonal monsoons have arrived in the White Mountains and the Apache-Sitgreaves National Forest has rescinded fire restrictions as of July 16, it is no time to let down your guard when it comes to being wildfire savvy. We are still in fire season and on July 24 the White Mountain Communities Annual Firewise Block Party affords everyone the opportunity to learn how you, your family and neighbors can play a part in reducing wildfires.

Evacuations took place during both fires, something residents and those fighting the fires will never forget.

The question residents need to ask themselves is, “What can I do to be prepared for wildland fire?”

In the fall of 2015 Pinetop Fire District Chief Jim Morgan had a vision plan to find a method which would inform the community about wildfire risk and answer that very question. His vision manifested itself in the summer of 2016 as a Pinetop Fire District community block party. The event was billed as such for a couple of years, but with partnership buy-in by key stakeholders and community champions, and recognition that wildfire was not just a Pinetop issue but a White Mountain issue, the event grew into what is now the White Mountain Communities Annual Firewise Block Party. It is hosted by the Pinetop and Timber Mesa Fire Districts.

The inaugural event, which began on the heels of the 2016 Cedar Fire, attracted 543 community members. Since that time each year the program has continued to draw between 300 and 400 attendees who want to learn about wildfire risk, evacuation preparedness and making their homes resistant to wildfire.

Pinetop Fire District has been awarded multiple hazardous fuels reduction grants which help property owners thin their properties, reducing the wildfire risk by reducing the intensity in which fire will move through their property.

Committed property owners who want to take advantage of these grants can sign up on a list at Saturday’s event.

The list has been the driver for the grant awards and the development of the fire districts’ wildland fuels crew and wildland suppression module, a valuable resource that provides a seasonal force multiplier response which helps keep wildfires small while also being able to focus on community risk reduction through vegetation management or thinning.

This year the Pinetop Fire District was awarded a Targeted Wildfire Risk Reduction Assistance Grant from the International Association of Fire Chief’s (IAFC) and Ready, Set Go (RSG) program. The grant has three key components. The first is customized RSG guidelines. RSG guides are used as an educational tool to assist homeowners in creating their own action plan to help facilitate preparing their home to become more resilient to wildfire and preparing for evacuation long before the need arises. The second component, an evacuation tabletop exercise, was conducted on March 17. That exercise brought policy and decision makers together from a broad spectrum of agencies and organizations in an effort to develop, test, and improve evacuation planing in the community. The third component is for a demo day and that will be part of the July 24 Firewise Block party where they demonstrate vegetation management and home preparation.

According to Fire Marshal Chad Berlin, as a result of the annual event, 13 HOA communities now have the designation of being a Firewise USA community. That designation says that the HOA community is committed to reducing wildfire risk within their established HOA rules.

Because this is a family event, a bit of fun has been added for youth and adults. There will be a bounce house, face painting, food and door prizes.

featured
MUFON field investigator:  ‘I did close it as identified’

Editor’s note: This is the second of a three-part series about “Unidentified Flying Objects” or “Unidentified Aerial Phenomena” reported in the night sky over the White Mountains.

TUCSON — Don Woodward’s reports of seeing many unidentified flying objects over the White Mountains have been investigated by the Mutual UFO Network (MUFON).

MUFON is a US-based nonprofit organization composed of civilian volunteers who study reported UFO sightings. It is one of the oldest and largest organizations of its kind, claiming more than 4,000 members worldwide with chapters and representatives in more than 43 countries and all 50 states.

Woodward, 83, reports closely detailed sightings of a “triangle pattern” of UFOs and their “mother ship” flying in the area for more than 200 nights in the past year.

“MUFON is a very odd creature in the fact that we have very distinct guidelines on how we close cases. If you have even a 10% chance that you can identify it, you have to go with identified. That’s how it works. In this case I did close it as identified,” Gleason said.

She said after speaking with Woodward and J.D. Zinke (who has also seen the flying objects with Woodward), she found at least the required 10% chance to support a single one of the many sightings.

“I think he may have been seeing an astronomical thing with Venus but I’m not sure. I have no way of knowing. He may have seen some unusual things. That is entirely possible,” Gleason said.

The MUFON field investigator said the federal government’s recent release of information about UFO sightings has created a lot of excitement.

“We will see where they go with it. I think the idea of establishing a commission to have a look at it in-depth is a good idea. There is a decent chance that they know a whole lot more than they are saying. This is kind of a way of introducing it to the public. We have never had the government this direct. At first I thought there must be something big coming that they can’t control. They are trying to manage it. So far we haven’t seen anything big,” Gleason said, adding, “I’m a scientist and have been investigating these things a very long time now. I am really happy to see it becoming more mainstream. That means there will be more science done on it.”

Gleason said Arizona is always among the top-10 states for UFO activity. She believes this has a lot to do with heavy military operations and training across the state. 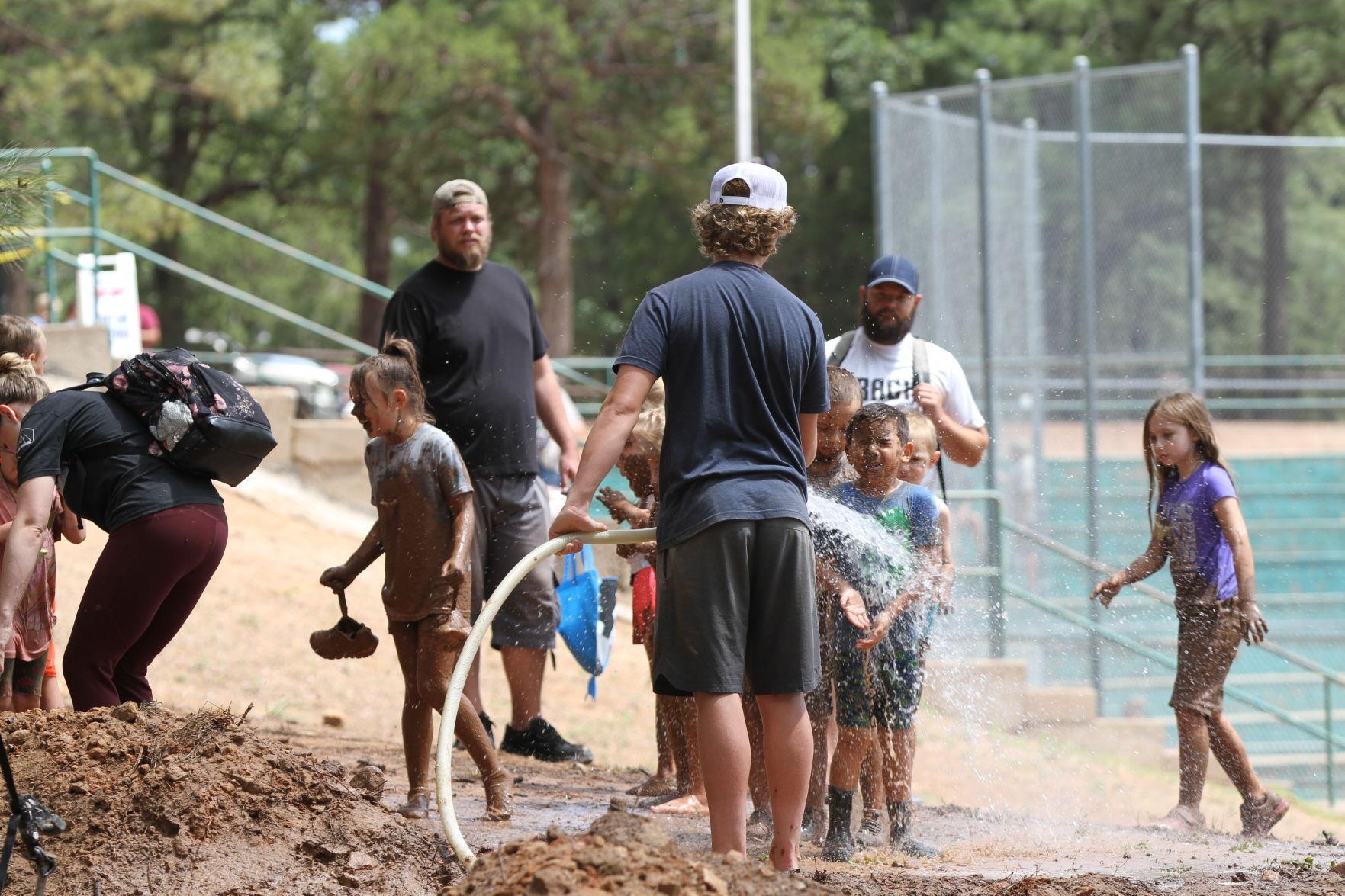