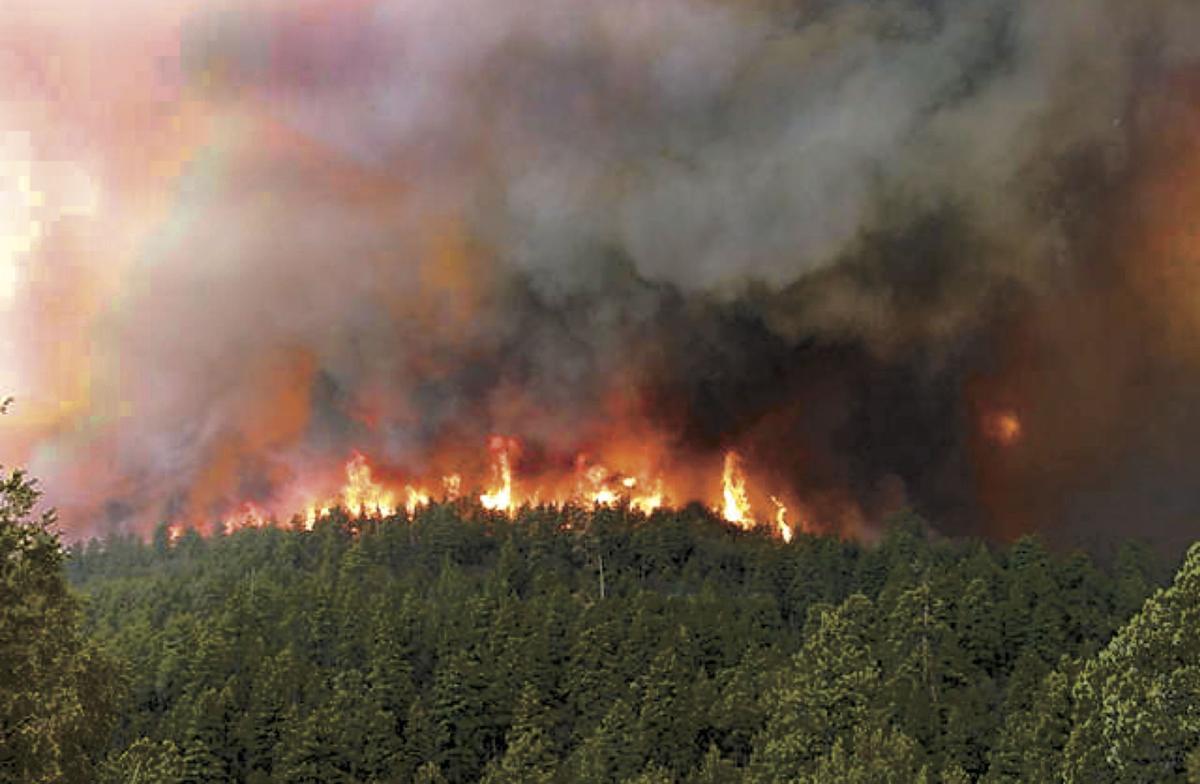 A decade of drought and a century of overgrown forests has led to the development of megafires, most of which are human-caused. Fire restriction ordinances aim to reduce fire danger. 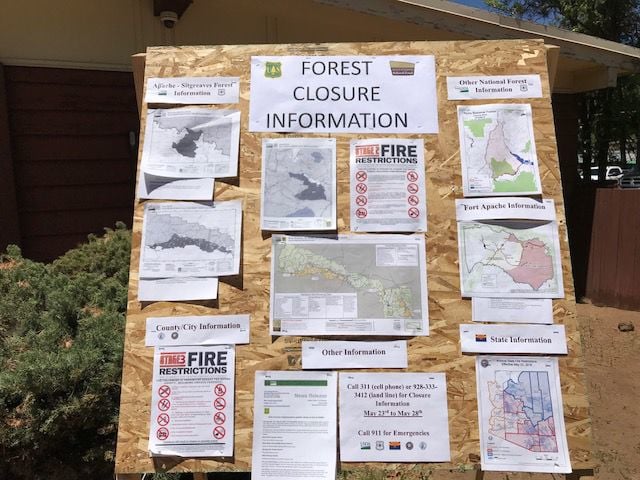 National Forest Service staff placed 27 information boards like this one in community locations across the White Mountains last year to help people understand the fire restrictions and forest closures. In the past, the Apache County fire restriction ordinance was somewhat different from those observed by the Forest Service, but now have been updated to be identical.

A decade of drought and a century of overgrown forests has led to the development of megafires, most of which are human-caused. Fire restriction ordinances aim to reduce fire danger.

National Forest Service staff placed 27 information boards like this one in community locations across the White Mountains last year to help people understand the fire restrictions and forest closures. In the past, the Apache County fire restriction ordinance was somewhat different from those observed by the Forest Service, but now have been updated to be identical.

APACHE COUNTY — The Apache Board of Supervisors last week made some changes to its fire ordinance to reduce confusion and make the county rules more similar to the Forest Service rules.

The ordinance retains the penalties for a violation, ranging from $100 to $750 – plus court costs and the cost of putting out any fire caused by violations of the ordinance. Those costs can easily run into the millions of dollars and include prison time if an illegal fire gets out of control and does damage.

The people who started the Rodeo, Chediski and Wallow Fires were ultimately fined millions of dollars based on the damage those human-caused fires inflicted on the region. Wildlands firefighter Leonard Gregg started the Rodeo Fire and was sentenced to 10 years in prison and ordered to pay $10 million in restitution.

The two campers who started the Wallow Fire had left a campfire they thought was out, but didn’t douse it with water or stir and douse it with a shovel, which they hadn’t brought with them on their hike. The fire kicked up while they were away from camp and set the largest fire in state history. They faced massive fines and were barred from visiting National Forests.

A transient whose campfire set the 282-acre Hardy Fire near Flagstaff ended up spending a year in prison and was fined $12,000, although the fire didn’t damage any structures.

The new ordinance also more closely matches the limits the Forest Service imposes when fuels dry out, temperatures rise and winds pick up during the hot, dry months of the fire season. So if you hear that the Weather Service has declared Red Flag conditions, assume the most drastic restrictions on fire will automatically take effect.

A plague of megafires had charred the Southwest and Arizona in the past decade. The number of fires in the US has remained relatively consistent – between 58,000 and 72,000 in each of the past four years. However, the number of acres burned has exploded – growing from 3.6 million in 2014 to 10 million in 2017 and 9 million in 2018, bone-dry drought years, according statistics prepared by the Congressional Research Service.

Fire experts say a decade-long drought and a century-long increase in tree densities has made wildfires blow up much more quickly and spread much faster. Half of those fires burned on federal lands. A stunning 88 percent of the fires that burned 72,000 acres in 2017 were human-caused. The federal government now spends $2-3 billion annually on fighting fires, which swallows up abut 60 percent of the Forest Service budget.

So the county’s overhaul of the fire ordinance with its automatic triggers based on fuel conditions and the weather represents an effort to cope with a dire and growing threat to every community in the White Mountains and Rim Country.

Most of the changes were intended to resolve confusion about restrictions based on differences between the county’s ordinance and the Forest Service rules.

Peter Aleshire is the former editor of the Payson Roundup. Reach him at paleshire@payson.com

• No more “Stage III” restrictions, which the Forest Service doesn’t have and which were essentially the same as Stage II anyway.

• Allows smoking in “designated” areas like a parking lot or a developed campsite cleared of all brush and debris. Previously, the county ordinance allowed smoking during Stage I fire restrictions only in “cars and buildings.”

• The ordinance lists the equipment you can’t use outdoors during Stage I restrictions, like welding torches.

• The ordinance now says an adult must always remain near a campfire while it’s burning in Stage I restrictions.

• Now during Stage II restrictions you can’t use any equipment that could possibly produce a spark.

• You can’t fire a gun in the forest during Stage II restrictions, except for some very narrow exceptions. You can use a chain saw with a spark arrestor.

• The list of ways you can have a fire during Stage II restriction is now spelled out, including propane rings and pellet stoves and grills – but they must have a FM/UL stamp of approval.