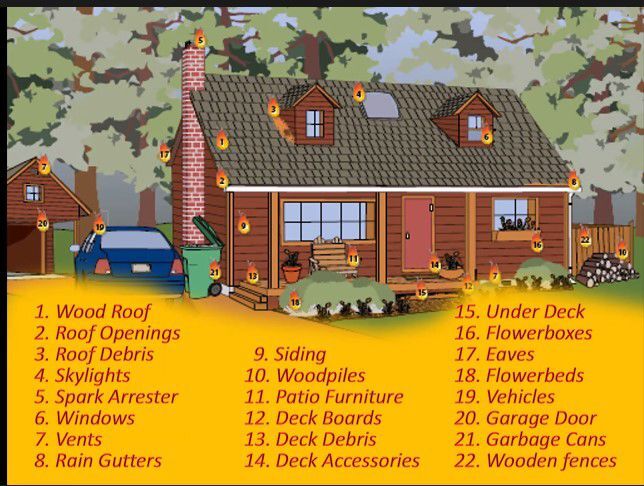 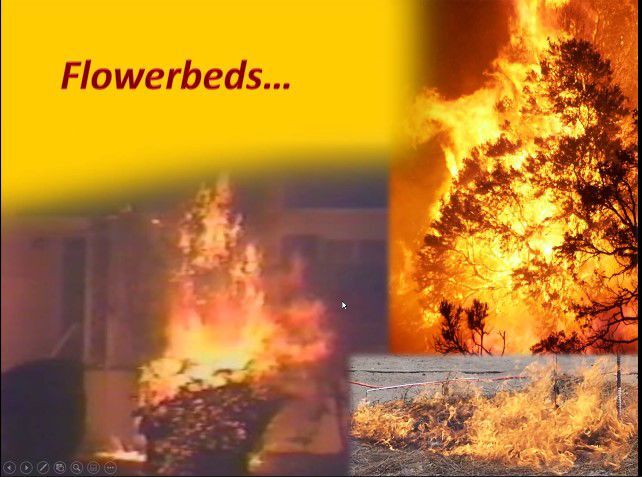 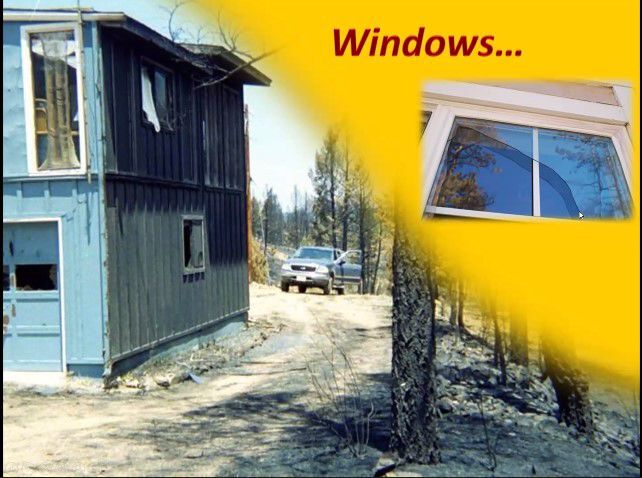 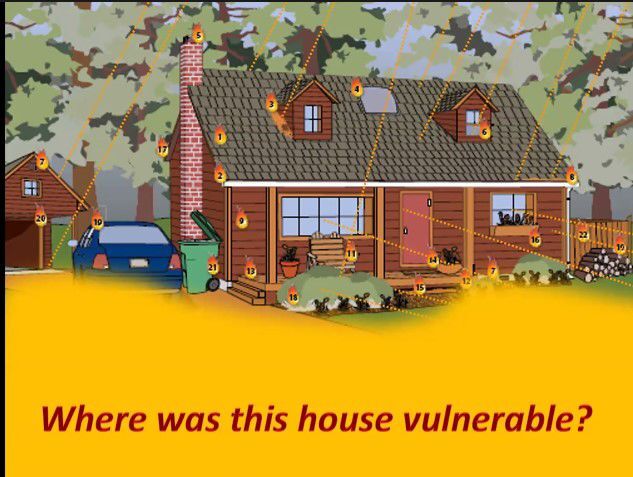 Because by the time the ember storm hits you won’t have time.

That’s the message that emerged from a sobering webinar on preparing your home for a wildfire, put on by the University of Arizona Extension last week.

“It’s going to swirl up and go into eddies in the lee side (sheltered from wind) of your building and create piles of embers,” said moderator Chris Jones of the ember storm created by even the close approach of a wildfire.

“That’s where they can start a small fire and the fire gets bigger and they’re able to destroy the home.”

The warning comes as Arizona heads into one of the most dangerous fire seasons in history, based on the condition of fuels, projected temperatures and the severe to exceptional drought that grips most of the West — and virtually all of Arizona.

This year, most areas got less than half the normal snow and the spring has turned hot and dry – despite the brief arrival of cool, wet conditions last weekend.

A megafire can throw softball-sized embers up to a mile ahead of the fire line.

Mostly the embers rain down as small chunks of glowing wood — or flurries of sparks.

“If they’re able to get lodged into places, they can ignite the house,” said Jones. “An ember can be a small spark like you see coming out of a campfire — or they can be much larger. Even small sizes can be enough to set a house on fire.”

Mostly, the webinar focused on steps homeowners can take to protect their homes from such an ember storm — both long before the fire starts and as the flames approach.

“A hot fire can loft material up — much larger pieces of material that are burning. It can carry these materials a mile away — certainly a quarter of a mile,” said Jones. “It is the most common way that houses catch on fire during wildfires — from the embers rather than a flaming front from a burning forest.”

Such an ember storm can easily set several homes on fire at once, quickly overwhelming fire departments.

Once one house on a block catches fire, the flames can spread readily to neighboring houses. Repeated analysis of wildfire flame patterns in residential neighborhoods show that the ember storm starts the process — but flames then spread from house to house until the whole block’s gone.

Preparing for that ember storm can not only save your home, it can save the whole block. Unfortunately, you still face potential disaster if a neighbor hasn’t taken those precautions or left thickets of brush against the house and between homes.

Cities and counties can reduce this risk by adopting firewise codes, which require homeowners to keep dangerous concentrations of brush cleared — protecting both their own home and the neighborhood.

Ultimately, protection from an approach ember storm requires cities and counties to embrace fire-adapted building codes. These codes don’t add much to the cost of a new home, but do incorporate protective designs for things like porches, attics, roofs, building materials and other weak points when the ember storm hits.

So here’s the checklist.

Defense against an ember storm:

• Plug all roof openings — like ventilation into attic spaces or nooks and crannies under the eves. Any place a bird might nest poses a potential refuge for embers, which can smolder and catch eves on fire.

• Use caulk to plug gaps or holes in siding where embers could come to rest.

• Move woodpiles at least 30 feet from the house — although in winter you can keep a small stash of wood closer to have your fires at night.

• Embers will rain down on even covered patios, so consider the patio a danger zone. Replace thin wood decks in poor condition with thicker, high-density hardwoods or plastic composites. Put skirting on raised decks to prevent embers from getting underneath. Put metal flashing between the deck and the house so embers that pile up in corners won’t ignite the house.

• If a fire’s approaching, move patio chairs with flammable cushions, propane tanks, flammable door mats and other materials inside or at least 30 feet from the house.

• Remove window flower boxes, which can catch embers — especially if there’s any browned or dead plant matter in the box. Keep flower beds at least five feet from the house and use non-combustible mulch and dried out plants.

• Enclose open eves with plywood or something that will keep embers from swirling up into the eves and getting stuck.

• Roll up the windows of parked cars if a fire threatens and make sure they’re parked either in a closed, covered garage or at lest 30 feet from the house.

• Replace wooden fences that connect to the house with non-flammable material. A wooden fence can act like “a wick to a candle” to set a house on fire. Keep at least a five foot, non-flammable gap between the fence and the house and remove flammable debris or leaves from the base of the fence.

• Regularly clean out gutters and portions of the roof where leaves or pine needles can collect. Make sure no tree branches overhang the house, since they’ll drop needles and leaves on gutters and roofs.