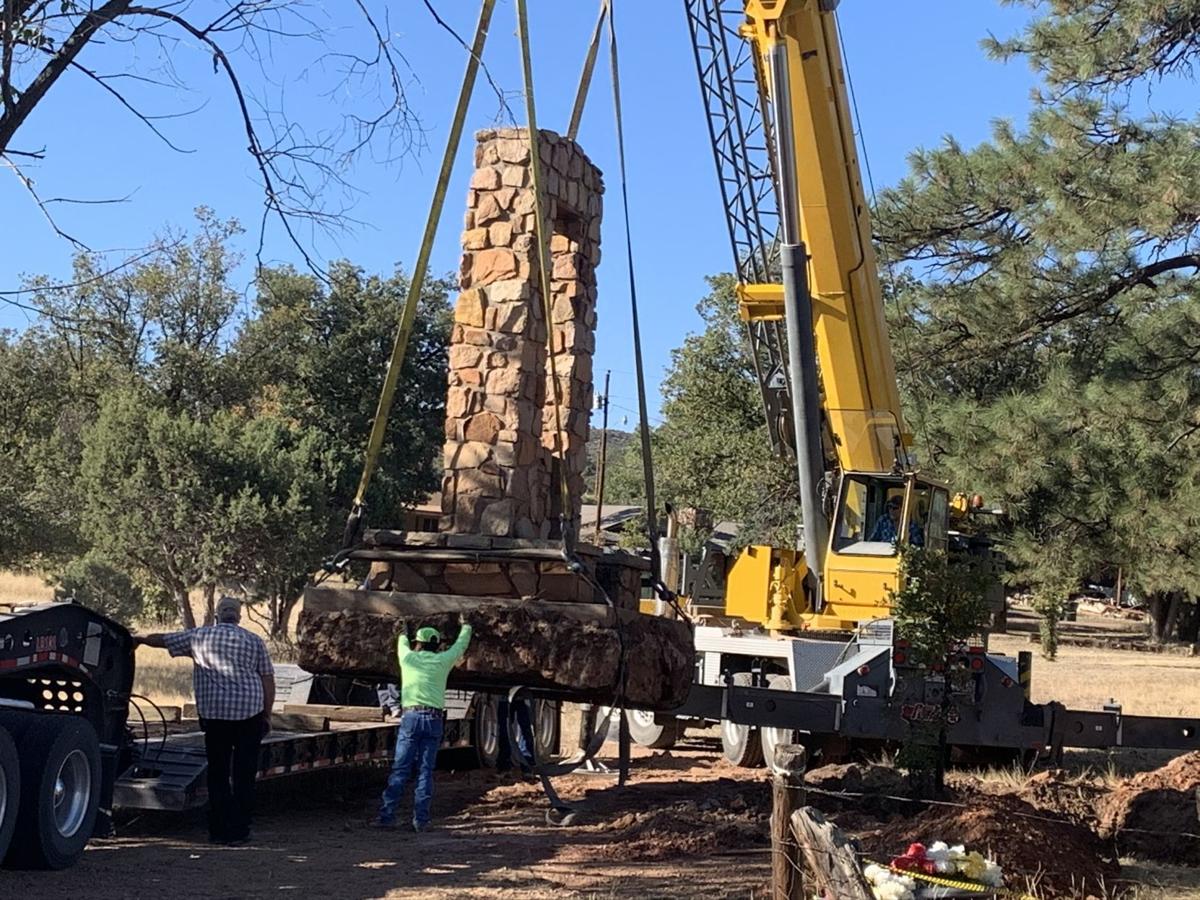 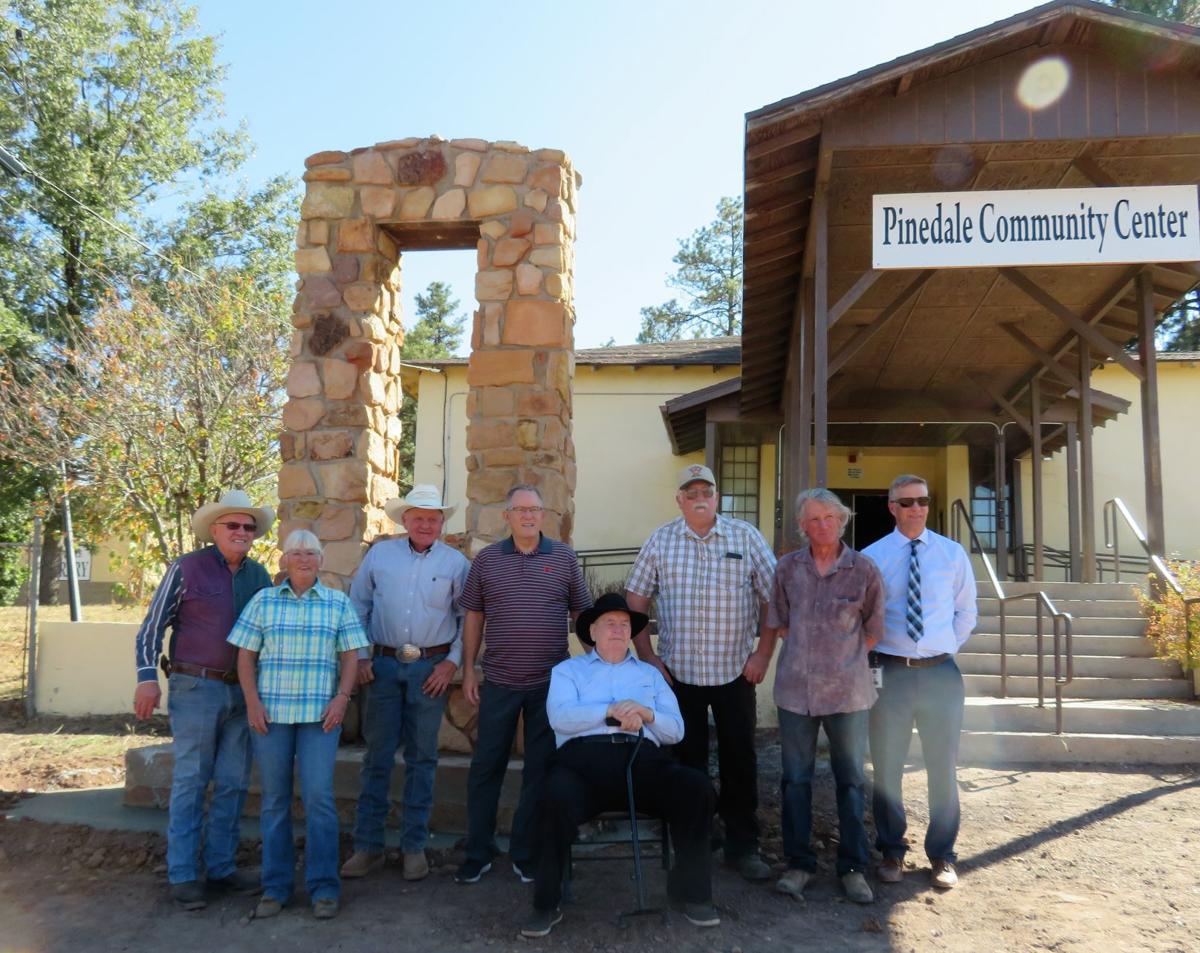 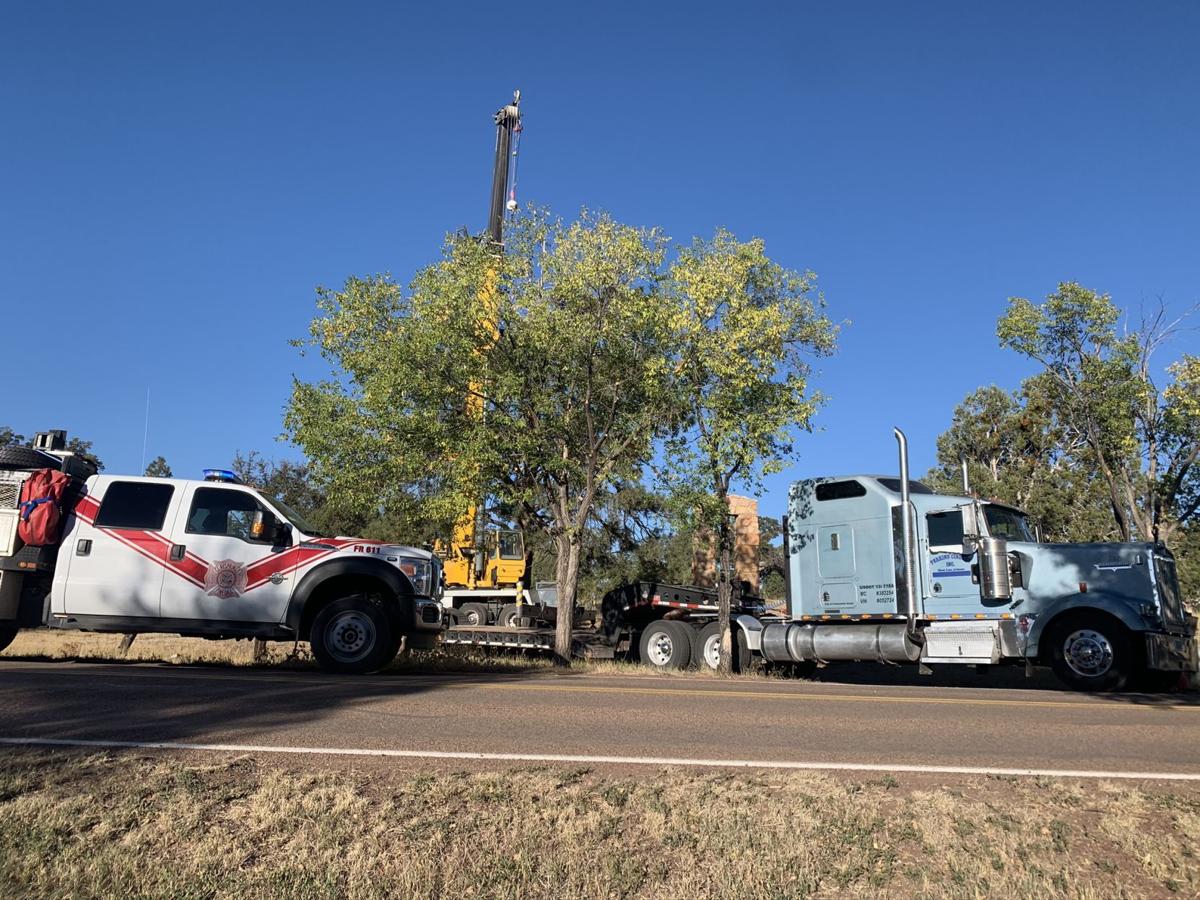 In the early morning light of October 13, the Pinedale community, with the help of many volunteers took on the arduous task of moving the historical Pinedale bell tower that has been a part of the community for over a century.

This monumental task took the assistance of many hands and equipment. The community of Pinedale would like to thank all the wonderful people who assisted in the arrangements and the moving of the old school bell which has been a part of this community since 1882. We would like to thank Gene Taylor for the use of the land to keep the bell tower on for so many years.

Thank you to Navajo County, and Supervisor Daryl Seymore along with the Pinedale Heritage, Inc, the Pinedale Community Center, Richard Hileman, Linda Hill, and Brian Head for all of the hard work and dedication to seeing that this monument was preserved in a safe location. Many thanks to the Garvin family and Jesse Poteet for hours of work excavating the monument so that it may be moved and the digging of the new location. Thank you to Kay Perkins, Perkins Cinders and the Clay Spring Pinedale Fire Department for the use of the equipment and man power used to lift and transport the tower safely to its new home, and finally thank you to the many community members who came out to watch and assist in the transportation of the tower to its new home.

In the summer in 1882, Joseph L. Fish, of Lakeside was going throughout the mountain communities selling school supplies. He contacted Niels Petersen who was serving as president of the school board of trustees and Petersen purchased a few student desks, a teacher desk and the school bell. The bell was placed on the one-room log church house located in the middle of the community (then known as Snowflake Camp). The log building was a 20’ x 30’ construction and was rented to the school district for classes during the week. It had been constructed by local members of the Church of Jesus Christ of Latter-day Saints. This building served as a church building and schoolhouse and was situated in the northwest corner of the Church lot, the high point in a community consisting of about 9 lots.

Schooling was an important part of the pioneer lifestyle and had begun when school was held in homes along Mortensen Wash, in the Danish community first settled in 1870 by Niels Mortensen. A school district was established in 1883 and students attended this log school from the Mortensen Wash community and the Snowflake Camp community which had its name changed to Pinedale in 1888. In 1896 a rock schoolhouse was constructed by the community half-way between Mortensen and Pinedale. The school was built from rock from a nearby pueblo ruin. The rock building was also a church building rented to the school board during the week. The bell was placed in the rock building’s belfry.

When the settlers began leaving Mortensen a new schoolhouse was built in 1922 in the center of Pinedale again on the church lot, but on the opposite (southeast) corner. The bell was then placed in the belfry of the new building. The building served as a church and school. The bell remained in the belfry until the devastating snow fall of 1967 collapsed the building. The bell was rescued from the collapsed building and was stored in a local barn until the bell tower was erected in 1987 on the church lot near the spot of the original log schoolhouse. The bell tower was designed by Duain Perkins and constructed by Gary Hatch and helpers. The Pinedale Community Improvement Association and the Arizona Historical Society sponsored the bell tower. The tower was constructed from rocks from the rock schoolhouse and the nearby pueblo ruin.

The building that eventually collapsed had not been used as a school since 1938 as a new schoolhouse was constructed a couple of blocks south. This last schoolhouse is now the Pinedale Community Center. When the church lot was sold a few years ago the community was informed they would have to move the bell. Pinedale Heritage Inc. decided to move the bell to the 1938 schoolhouse even though the bell had never been used there.

It has been a journey, but at last the bell that has rang out over the beautiful dell of Pinedale has now found its permanent home.