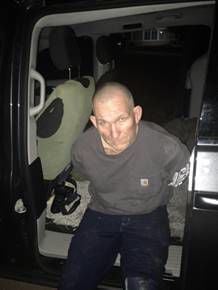 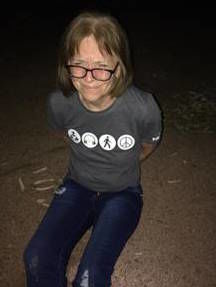 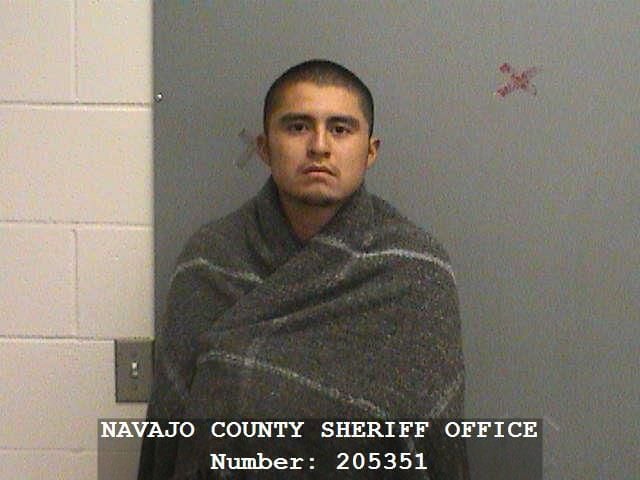 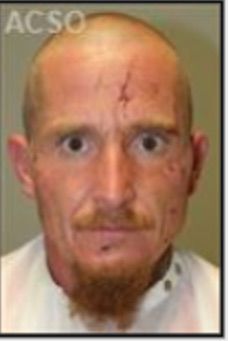 The Independent has been following a number of criminal cases and below is an update on three of them.

TUCSON — Blane and Susan Barksdale, ages 58 and 61, respectively await trial in Pima County Superior Court for the murder of Frank Bligh, 73, once a friend of Susan whose house was set ablaze in April 2019 and whose body has not been found. The Barksdales are held on $1 million bonds each after overpowering two federal transport contract officers who were transporting the couple to Tucson. Their escape from a prison van in Blanding, Utah in August 2019 triggered a weeks-long manhunt in Navajo and Apache Counties. They were finally caught in Punkin Center after being placed on the US Marshall’s 15-most wanted fugitives list.

Blane’s nephew, Brent Mallard, 33 was charged with three felonies (neither homicide nor assault) and has pleaded guilty to one count of arson of an occupied structure, a Class 6 Felony, but his September 2019 plea agreement has been sealed. Mallard is on release pending sentencing which still has yet to be scheduled. It is possible that Mallard made a deal to cooperate with the authorities in prosecuting the Barksdales (the so-called marital privilege prevents them from testifying against each other) but the case has been dragging on, with Blane sometimes refusing to be transported to the courthouse for hearings, and the parties and court consumed with the issue of whether and to what extent a local media organization can bring cameras into the courthouse. There was a status conference set for June 1, but Blane is now trying to fire his court appointed lawyer. The court hasn’t ruled on that attorney’s May 27 motion to withdraw.

The case started in Tucson with the reported arson of Bligh’s home and his disappearance. Bligh was known as having collected around 100 firearms and authorities suspect that the Barksdales burgled his home, killed him, set the home on fire and hid his body. Then they allegedly signed the titles to all their vehicles over to a family associate, and registered an RV under another family associate’s name. When the federal authorities found out about that, they charged Blane with felony flight under federal law, or in legal language, “did move and travel in interstate commerce with intent to avoid prosecution;” namely the murder, arson and burglary charges from the Pima County Attorney.

Because the Barksdales were then in the federal system which has vastly more resources than do states, they were easily located in New Jersey where Susan reportedly pawned something, possibly a firearm. They were apprehended in New York and shipped back to Arizona.

But near the Utah border with Arizona, Susan Barksdale is alleged to have faked a medical emergency, and they overpowered two private security guards who were driving them in a van headed for Tucson. It has been reported that the two guards were tied up with their own shoe laces and locked in the van in a remote area. The Washington Post reported that the guards had a firearm, but it was locked up in a compartment in the van; the Barksdales either couldn’t get to it or didn’t know about it, the Post speculated.

It took the guards about three hours to free themselves, say reports. In the meantime, the fugitives then reportedly got hold of a truck in northern Arizona from an acquaintance and eluded searchers for a number of weeks.

From Aug. 30 until they were captured on Sept. 13, the hunt for the Barksdales was focused primarily on remote areas in Apache and Navajo counties, where authorities believed at the time the couple may have had connections. Staff from the local sheriff’s offices assisted the U.S. Marshall’s Service in the search, which garnered national media attention.

Federal authorities dismissed the felony flight charge against Blane Barksdale, but charged both Barksdales with two kidnapping charges (the transport guards) and car jacking. That case appears to have been put on hold in the federal court, possibly awaiting the outcome of the murder charges in Pima County. The Barksdales are presumed by law to be innocent and there is not yet listed a new court date.

HOLBROOK — Brandon Toney 23, of Sun Valley is accused of matricide, killing his mother Amanda Toney with a gunshot on October 22, 2020 and gravely injuring his father, Timothy Toney, then a corrections officer with the Navajo County Sheriff’s Office. Amanda was pronounced dead at the scene of the shootings, and Timothy was taken by air to the Flagstaff Medical Center for treatment of critical gunshot wounds. The Navajo County Sheriff’s Office reported this week that Timothy is back on the job.

Brandon was booked into the Navajo County Jail in Holbrook on the day of the alleged incident after being apprehended by Holbrook Police just six minutes after the first 911 calls came in, according an email to the Independent from the sheriff’s office. In an initial press release on the day of the incident, NCSO Public Information Officer Tori Gorman said that the alleged double shooting happened at approximately 10:16 a.m. at a residence in Sun Valley (just outside Holbrook) and that 911 operators started getting calls about shots fired around that time.

“A Navajo County Sheriff’s Auxiliary Volunteer was on routine patrol, headed towards the Sun Valley area, when the SAV saw a vehicle matching the description given for the suspect (Toney). The SAV advised the Holbrook Police Department, who initiated a traffic stop and apprehended (Toney) south of Holbrook on State Route 77,” Gorman stated in the press release.

“On behalf of the Sheriff’s Office I would like to offer our sincere condolences to the family who lost so much today. Domestic violence situations have always been some of the most critical calls we respond to and today was such an incident that will affect many lives. I also would like to thank my deputies and other L.E. agencies who responded so quickly to render aid and investigate this crime. A big recognition to our SAV who was vigilant in his patrols today and located the suspect within minutes of the first 911 call. This is an example of local agencies who work closely with one another and having a dispatch center tying it all together,” NCSO Sheriff David Clouse stated in the press release.

Officer Toney started with the NCSO in 1997 as a temporary detention officer and transitioned to full time in June 2001, stated Gorman.

A grand jury later indicted Brandon Toney for one count of first degree murder, a Class 1 Felony, one count of attempted first degree murder and two counts of aggravated assault. He faces a life sentence if convicted. But there has arisen a question about his competency. As a big part of due process, a person accused of a crime must be able to assist his lawyer in the defense of the case, procedures which are outlined in a rule of court called Rule 11.

The process usually starts with an accused’s attorney bringing the issue to the court’s attention. In this case, Navajo County Public Defender Mariclare Hannah asked Judge Dale P. Nielson to order an evaluation, which the judge did on November 2, according to court records. The process has the defendant evaluated by two mental health professionals whose analyses are then sent to the court. It might be noted that the professionals do not make the decision regarding competency, the judge does that, but the reports help the judge to make that decision.

In Toney’s case, one Dr. Marguson opined in a November, 2020 that Toney was competent to stand trial, meaning that the accused understood the court process and could assist in his defense. However, a second evaluator, Dr. Christopher Linskey, M.D., filed his report on April 5, 2021 and opined that Toney was not competent, but “restorable;” that means through education and treatment, that Toney could be restored to competency at which time the case could once again move forward.

The court held a status conference on May 10 and concluded that Toney “is presently incompetent” but that it is “likely the Defendant can be restored to competency within 15 months.” So Toney will be sent to a facility in Yavapai County called Yavapai County Restoration to Competency Program, which Navajo County uses in cases such as these. The program must submit a report to Judge Nielson within 30 days of Toney’s arrival there, and then every 60 days thereafter. Deputy County Attorney Blaine C. Rhoton, who had been assigned the case told the court that Toney was being housed up to now in the Apache County Jail because his father, one of the victims, works at the Navajo County Jail.

The question of competency is not the same as an insanity defense. In fact, Arizona’s version of that is called “guilty except insane.” If someone is found GEI, the person is incarcerated in a secure medical facility until such a time as he or she is found not to be insane anymore, then the person is sent to regular prison for the duration of the sentence. Toney’s lawyer asked the court to also order GEI analysis to be performed on Toney while at the Yavapai County facility, which the judge did.

The court’s docket lists the case as “stayed” and there is no new court date set.

ST. JOHNS — Jason Compton pleaded guilty in the Apache County Superior Court to one count of attempt to commit second degree murder and one count of aggravated assault. The victim was his girlfriend whom Compton severely battered and who was transported to a hospital with a collapsed lung after the assault in a shed in the Show Low Pines area of the county in June, 2020.

Compton conducted a spirited defense and challenged the state’s probable cause finding at a preliminary hearing in August, 2020. But then at the conclusion of a hearing in April during which Presiding Judge Michael Latham explained to Compton the decades of years he was facing if found guilty after trial, Compton seemed to abruptly accept the state’s offer of five years in prison followed by seven years of supervised probation.

On May 25, the court followed the agreement and sentenced Compton to those terms. There is no right to direct appeal of a judgment entered after a guilty plea.