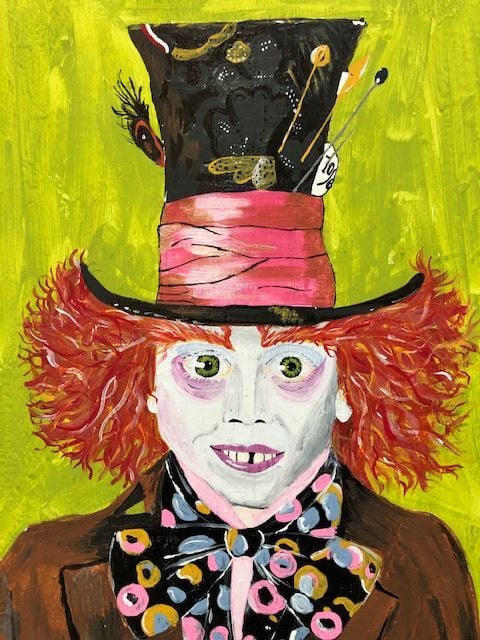 Best of Show and first place People’s Choice Award in the Grades 10-12 category is “Mad Hatter” by Laney Wilhelm of Snowflake High School. 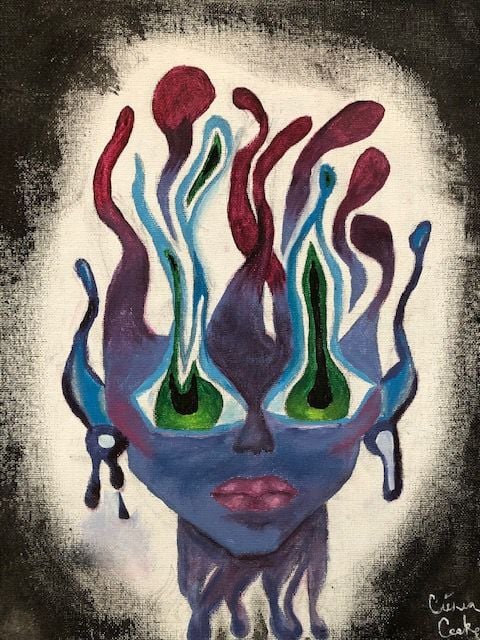 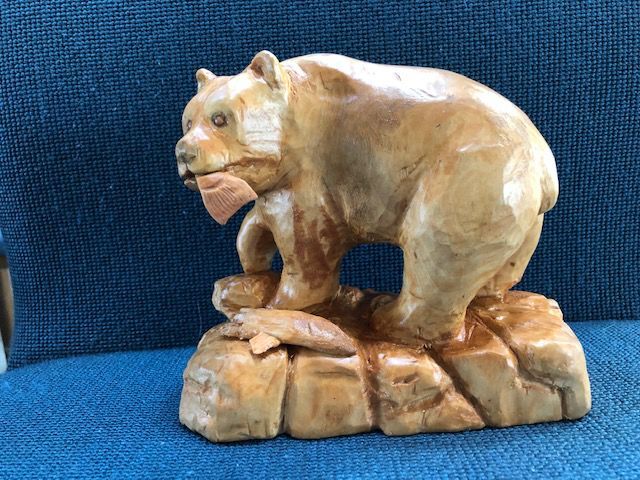 In the Grades 7-9 category, first place in the People’s Choice Award went to Annalyse Brimhall of Blue Ridge High School for ‘Bear of the Rock.’ 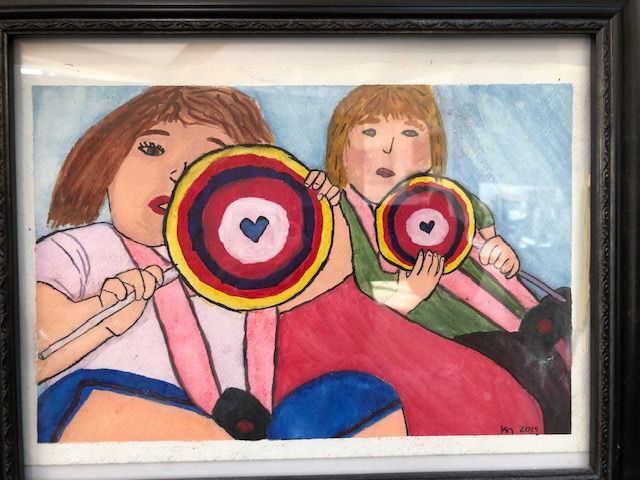 SHOW LOW – In a formal reception at The Center for the Arts on Saturday, Oct. 17, the Arts Alliance of the White Mountains (AAWM) announced the winners of the annual student art show sponsored by Navopache Electric Cooperative.

The show, “Recognizing Young Talent in the White Mountains of Arizona,” was originally scheduled for Spring but was delayed due to COVID-19. The show was judged by a panel of three artists and members of the public were invited to cast their personal votes for the People’s Choice awards. First through third place winners were presented with a ribbon and were awarded art supplies with the hope that the young artist will further their interest in art.

Taylor artist and Art Show Chairwoman Ann Anspach said there were 44 qualified entries for the show and 10 additional entries which were underage or group projects.

In the Grades 7-9 category, first place went to Caroline Merrill from the Exploring Art program in Taylor for “Big Brothers.” Second place in the judges’ evaluation, and first place in the People’s Choice went to Annalyse Brimhall of Blue Ridge High School for “Bear of the Rock,” Third place went to Sydney Brimhall of Snowflake Jr. High for “Fireflies.” Second place for the People’s Choice went to Wyatt Wilhelm for his “Bighorn Sheep” drawing. Honorable mentions went to Kalicia Merrill for “Lollipops” and Wyatt Wilhelm for “Caribou.”

The Center is located at 251 Penrod Road in Show Low and is open Tuesday through Saturday from 10 a.m. until 4 p.m., summer hours. AAWM is a local non profit whose goal is to showcase local artists of all types. The Center has a complete art gallery, gift shop and hosts numerous events and classes throughout the year. More information about AAWM can be found at http://www.aawmcenterforthearts.com.