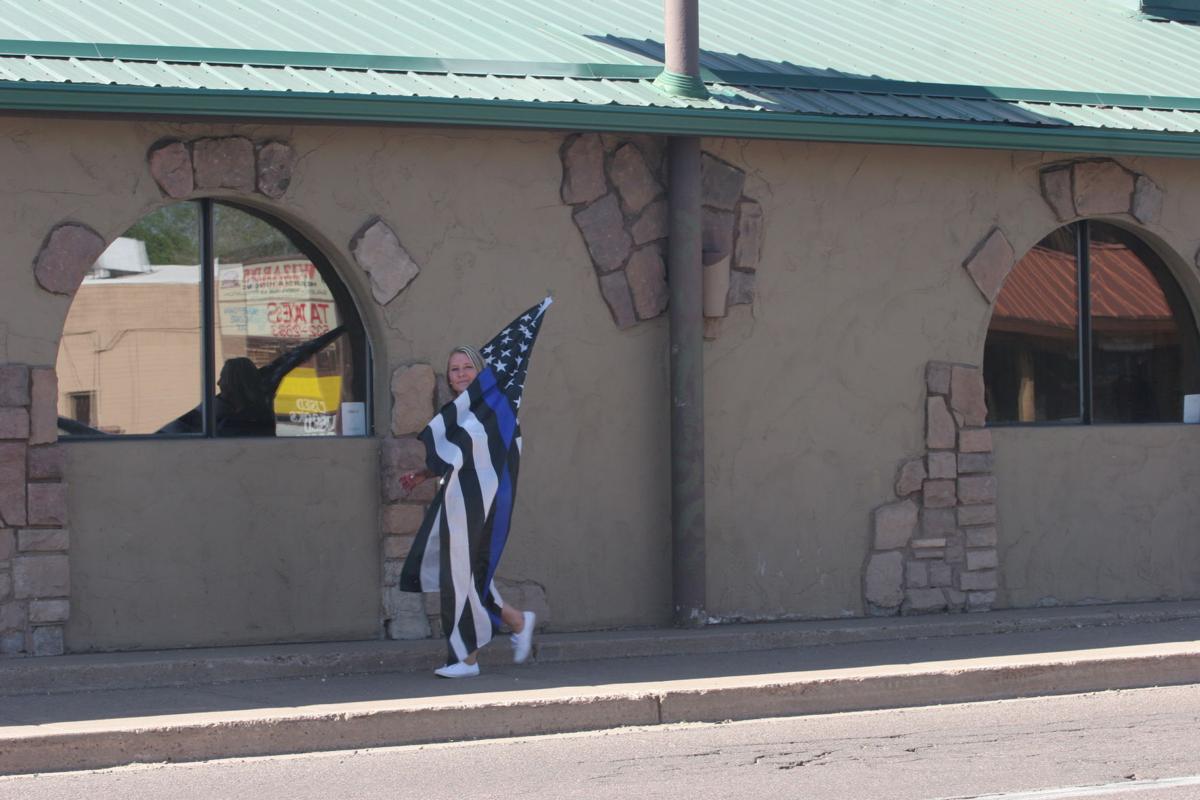 A marcher along Deuce of Clubs carries a ‘Thin Blue Line’ flag. 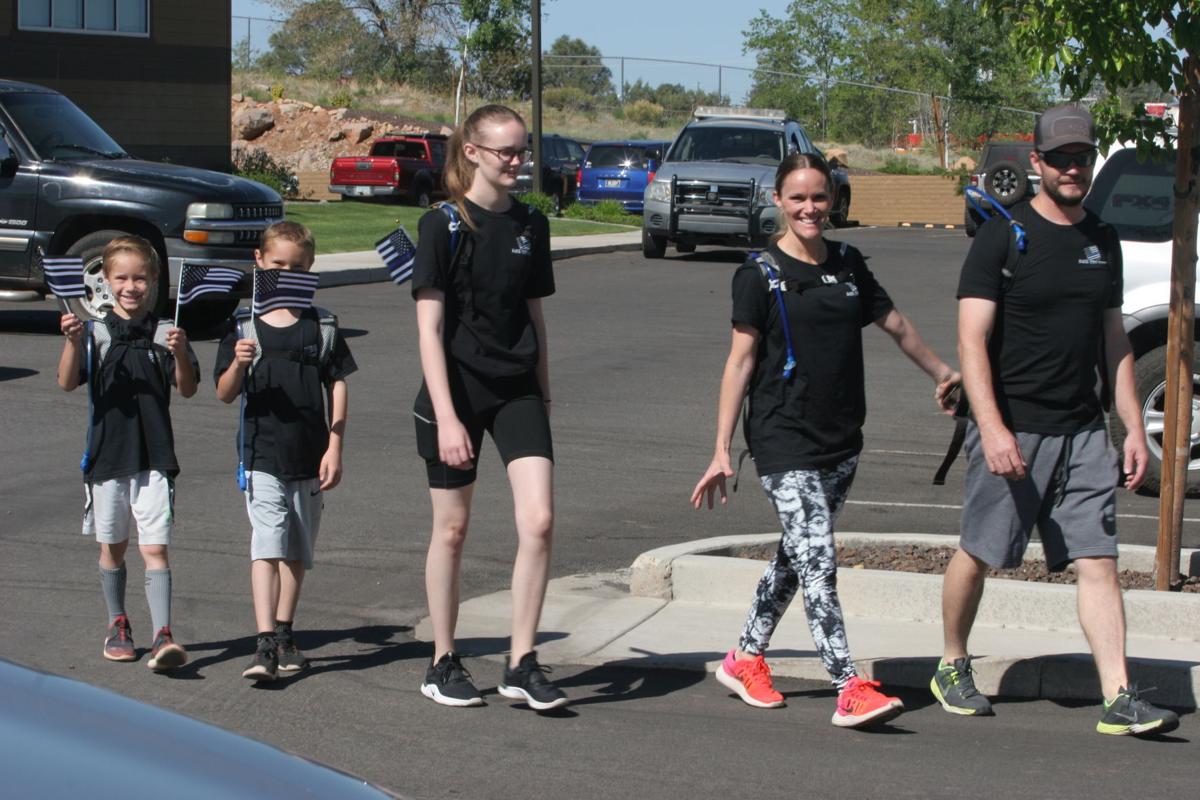 The Hall family marches to ‘Back the Blue.’ 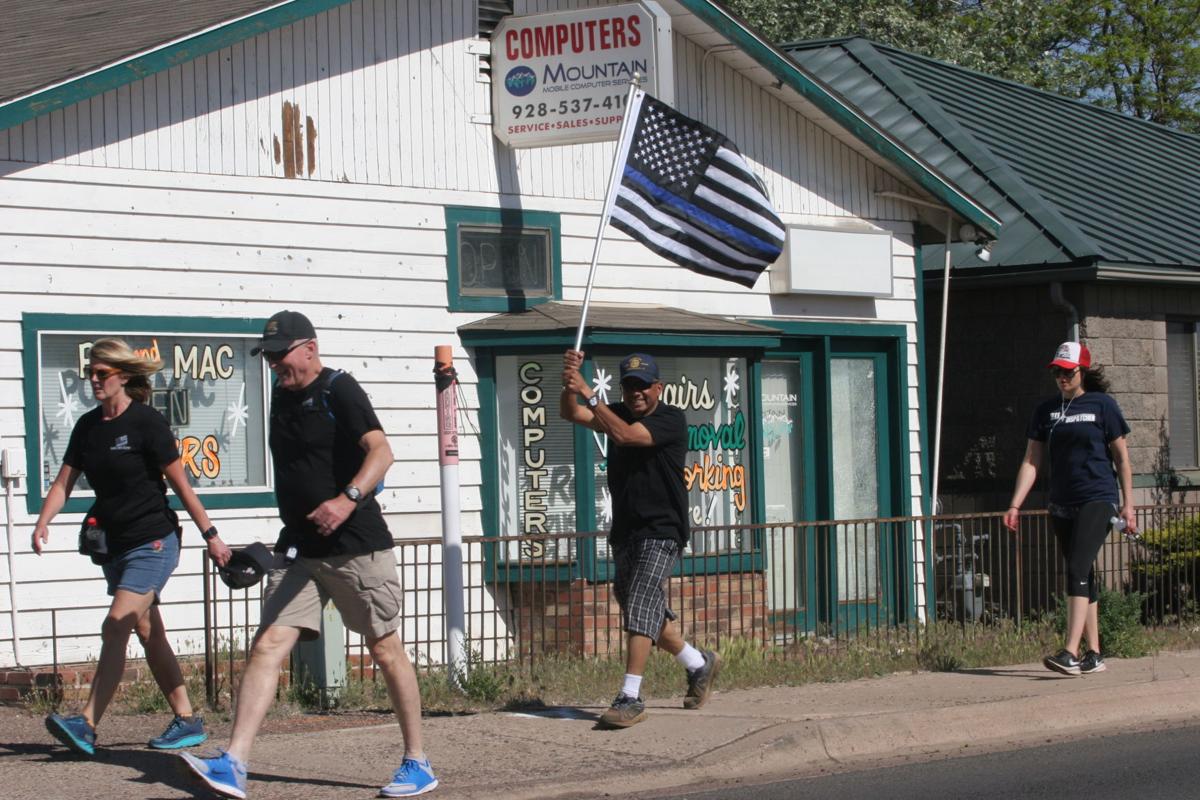 A marcher along Deuce of Clubs carries a ‘Thin Blue Line’ flag.

The Hall family marches to ‘Back the Blue.’

SHOW LOW — Area residents and visitors may have noticed a lot more flags than usual whipping in the breeze over the weekend and some may have even noticed a few at half-staff.

Biden later edited his proclamation, because National Armed Forces Day, officially celebrated the third Saturday of May, meant that the flags must be raised to full staff. The last time May 15 landed on a Saturday happened eleven years ago in 2010. Par for the course, since the last 15 months have been beyond extraordinary.

In a local observation of National Police Week/National Peace Officers Memorial Day 2021, marchers of all ages and walks of life gathered to trek the streets, the roads and the boulevards from Show Low to Lakeside in a Back the Blue march to show support for law enforcement and also pay tribute to those who gave their lives in the line of duty.

Some walked alone, head down. Some traveled in large groups. Most waved thin blue line flags and wore special Back the Blue T-shirts. Drivers tooted their horns and babies waved.

When asked why they were there, nearly everyone said something similar to what Joel Hart said, “We’re here because I think, I hope, Americans are finally recognizing we have to come back together again and work to find common ground. We are more similar than we are different. Law enforcement is there for us when we need them most and we have to stand up for them. We got their 6!”

There is no need for this bravado and braggadocio. Sad and Pathetic.

Ah yes I remember the beauty of the human spirit on Jan 6th when all the Trump supporters/"back the blue" supporters stormed the Capital Building. Attacking police and destroying a building that represents our legal system and government these men and women really showed their support for the thin blue line.

I am speaking about the tone of the newspaper article in that it was positive. I am not blind I know what happened on Jan 6. I am hopeful that we can all learn to understand eachother in time. I am not a pessimist. I am a Democrat.

Bet $10 that flag was made in Cambodia.

“We’re here because I think, I hope, Americans are finally recognizing we have to come back together again and work to find common ground."

Just keep counting the ballots to an election that wasn't stolen in order to keep the cult of personality behind Trump running. AZ has become a laughing stock

Arizona looks ridiculous because it has been a Republican state for a long time. People in Navajo County think in a very primitive way because of their isolation. It will change for the better. One way or another.

Back the Blue is popular around here but I wouldn't dare put a Black Lives Matter sign in my front yard. The neighbors would shun me, even though Blacks have every reason to fear the police in some communities. Many of these flag wavers can easily relate to a police officer who works hard to keep the peace in their communities, which includes most of them, but they refuse to acknowledge that not all officers deserve to wear their badge. I'm sure they think that people like George Floyd had it coming. I think all lives matter. Sure, I back the blue when they treat everyone with the respect they deserve.