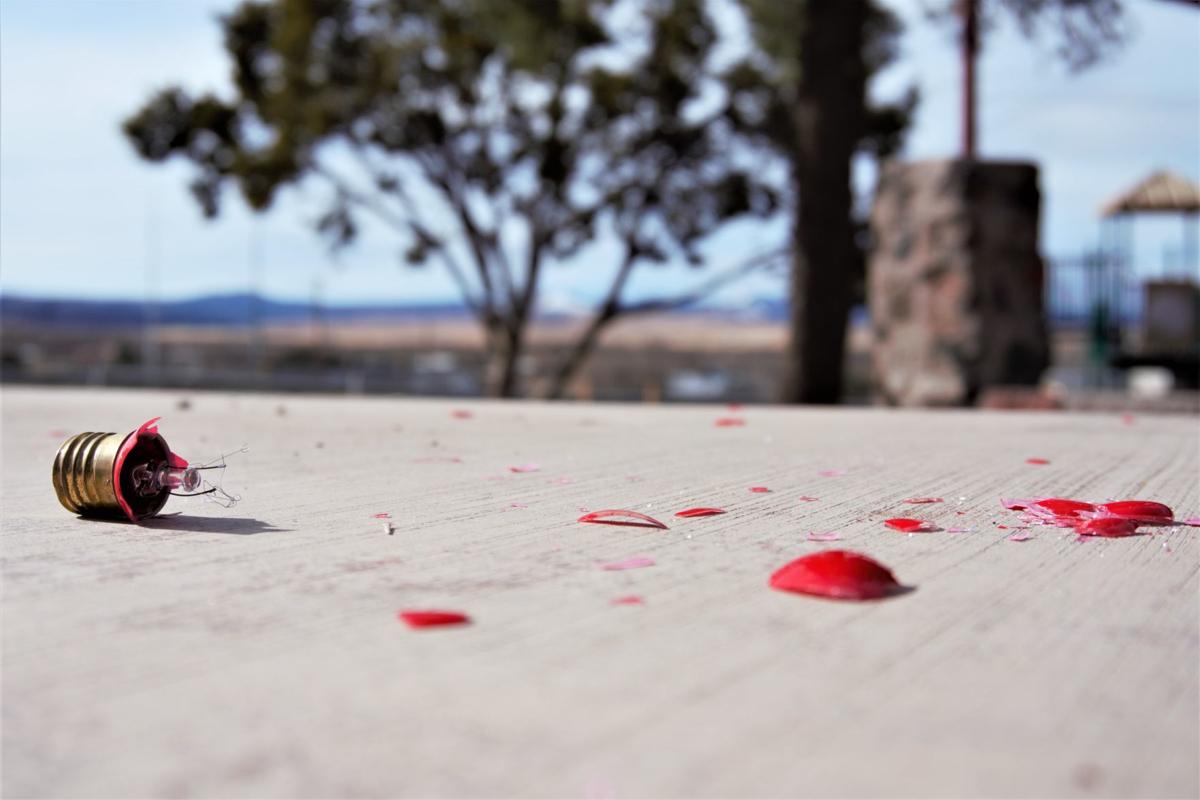 Broken lights still litter the sidewalk and some areas near the ramada in the park on Mohave in Springerville. The annual Christmas Light Festival was cancelled as a result of the extensive vandalism. 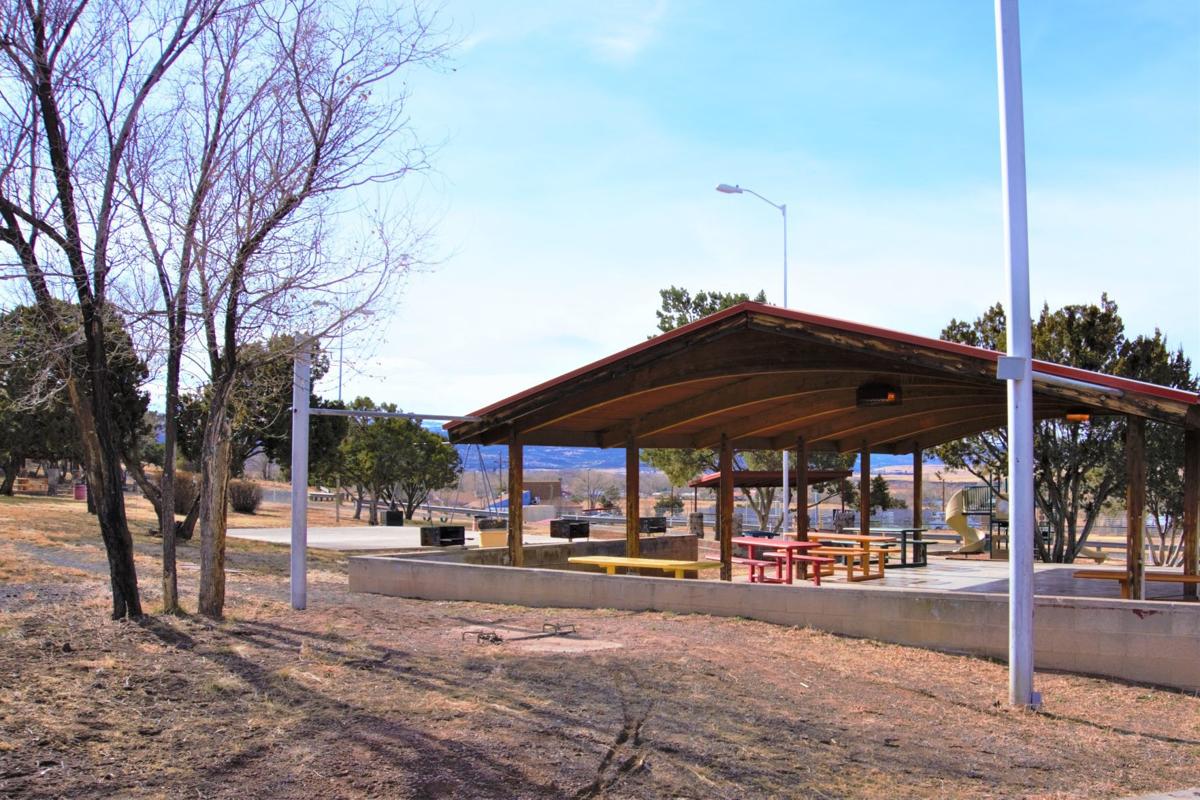 An empty ramada at the park in Springerville where Christmas lights were smashed by vandals.

SPRINGERVILLE — The Annual Christmas Light Festival at the Springerville park on Mohave street, which was scheduled to begin Friday, Dec. 6, has been cancelled for the year due to vandalism.

Yesterday, when volunteers went to add more lights to the display, it was found that the lines had been pulled down from the trees and gazebo and the glass bulbs had been smashed on the concrete. So many strings of the lights had been damaged that there was nothing left to salvage for the display. The Springerville-Eagar Chamber of Commerce and volunteers had spent weeks preparing the display and redoing the display would not be possible in time for this year’s holiday season.

“We would have to take them all down,” Verda La Rou, a volunteer for the Chamber of Commerce, said of the lights. “And there’s just not enough time. It was hundreds of dollars’ worth of lights.”

The acts of vandalism in the park are currently being investigated by the Springerville Police Department. Springerville Police Chief Mike Nuttall could not provide additional details at this time but stated that there will be a reward offered for anyone who provides information that leads to an arrest and conviction of the person or persons responsible for the vandalism.

The yearly Christmas Light parade scheduled for Saturday, Dec. 7, as well as the other holiday events planned for Springerville and Eagar will continue on schedule.

“They can’t steal Christmas that easy around here."

How Sick!!!! What is wrong with people!!!! I cant think of anything else to say except how childish and one person had to ruin the fun for all. I am so sorry for Springerville! What goes around comes around I always say !! Perhaps someday they will feel guilty and do a pay back!!

How awful. So upsetting. Praying for those folks over in Springville. God bless y'all.

Maybe it's time for surveillance camera and put these SOBs behind bars for awhile. Unbelievable, the evil people we have around, even here in small town AZ.

So sad to hear. Wouldn’t it be awesome if families donated one string each to help restore the display.

One has to wonder, is this for allowing that vile, hateful float on July 4th. While I don't approve of vandalism or violence I can't help but think that someone was afraid it would be a repeat of the July 4th float.

Allowing crosshair targets on political persons of the Democratic women, Hillary Clinton and Alexandra Ocasio Cortez should never have happened no matter your political leanings. Whoever allowed that to happen is just plain ignorant letting small children see encouraged violence when a parade is meant for everyone. Someone's personal political views should never be allowed to be in any town celebration. especially encouraging violence.Shame on whoever allowed this to happen. One can only wonder, would this be allowed again ?

Way to turn your own views into something completely irrelevant. This is the most outlandish thing I've heard all year. BTW, 4th of July and freedom of speech go hand in hand. I cant wrap my head around your thinking of thugs vandalizing a Christmas setup in retaliation for those things and you naming those people by first, middle and last name tells me you're feeling quite salty about the whole thing and that is how you tie these two things together. Regardless of your political views or how you feel about a 4th of July float, none of that excuses this act of vandelisim and its completely irrelevant to the issue.

Evil lives amongst us. So sad.