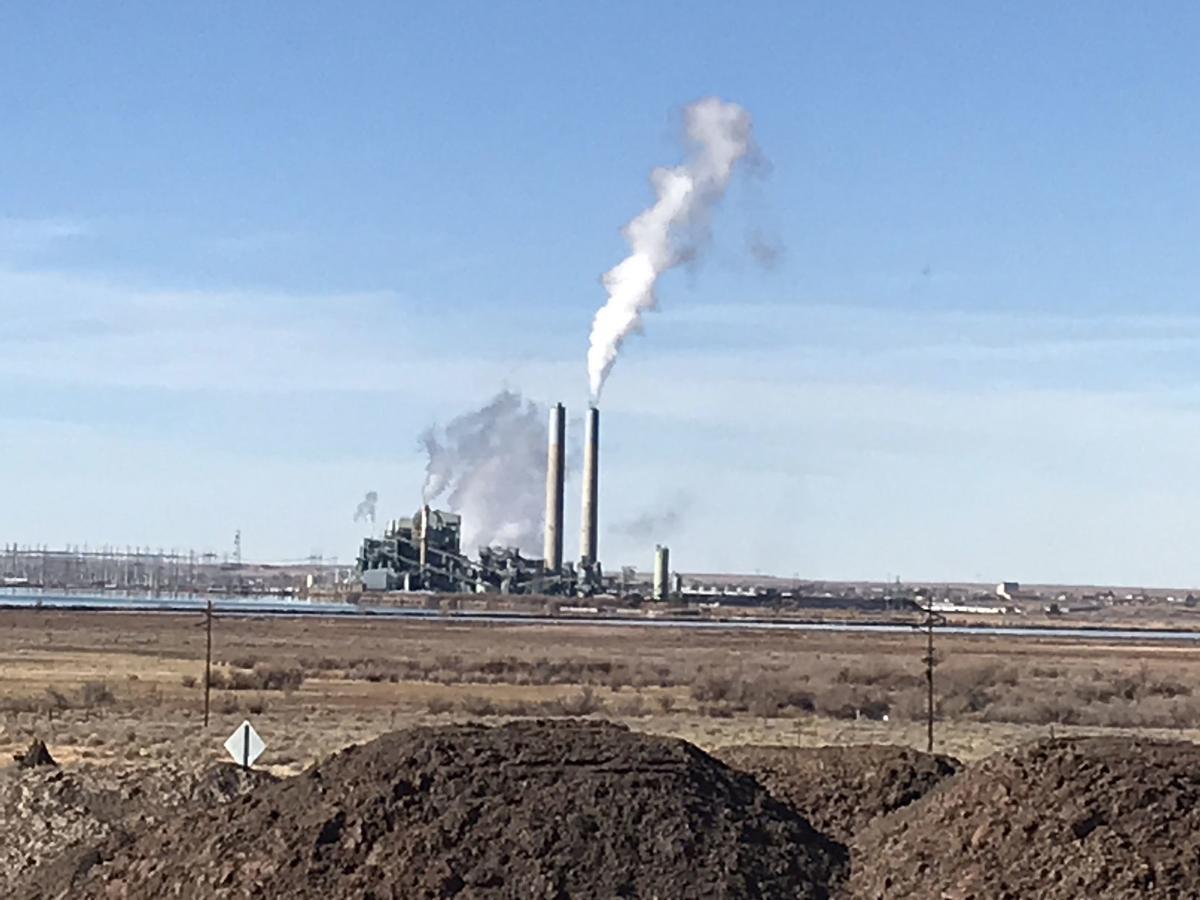 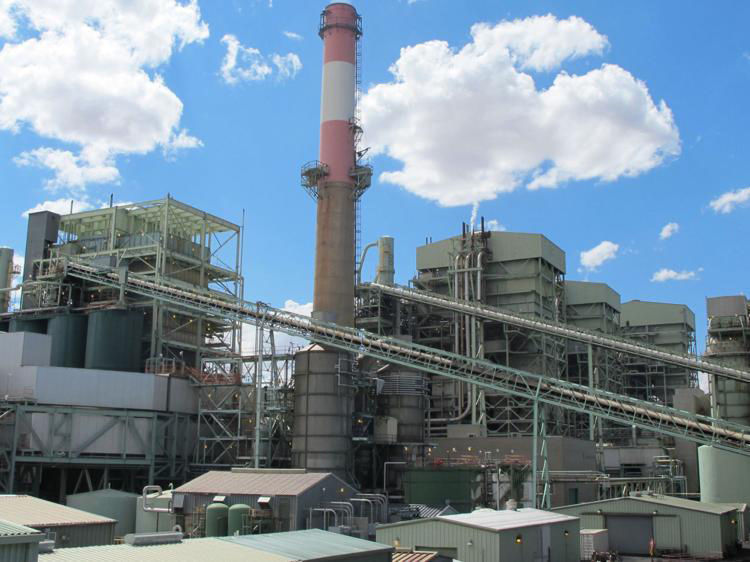 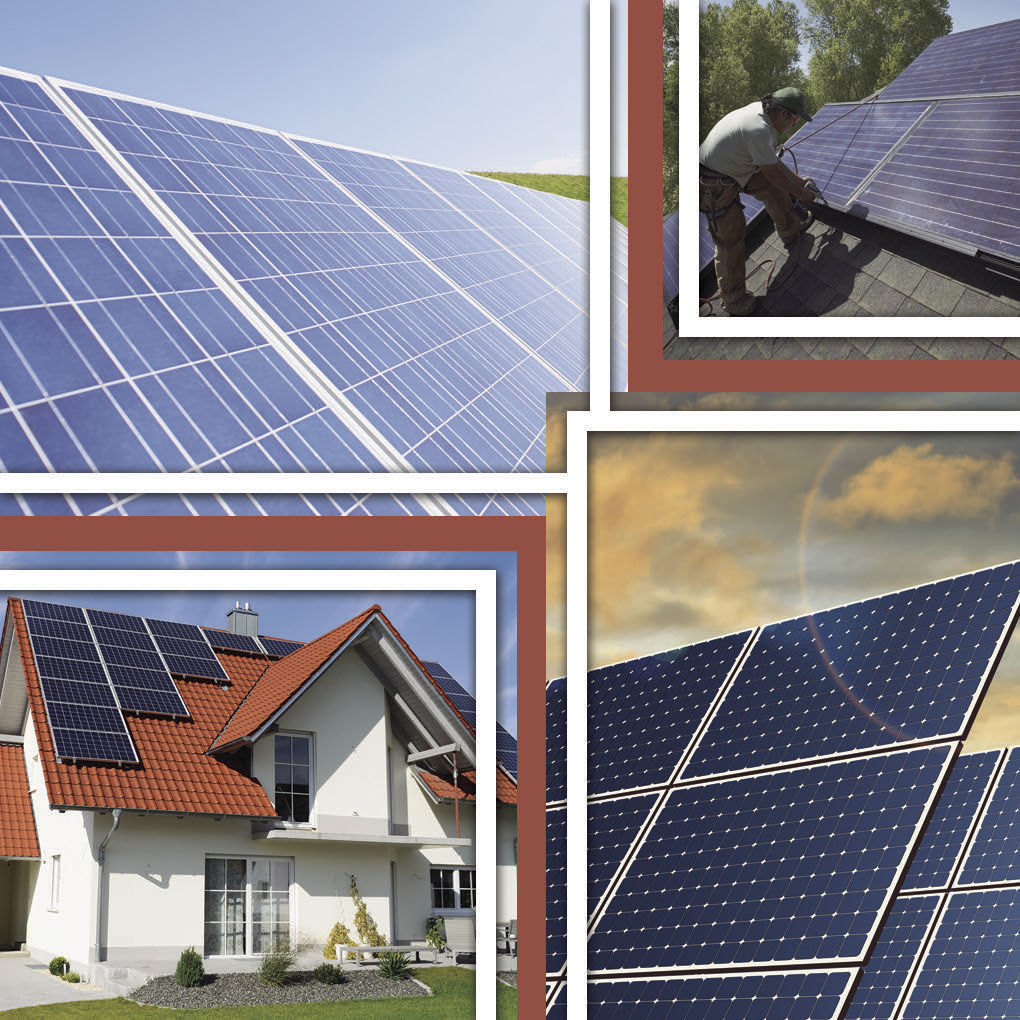 No doubt about it.

Shutting down coal-fired power plants will slam the economy in Navajo and Apache Counties.

On the other hand, it could save lives.

And maybe slow down the warming of the plant.

The Navajo Generating plant has already closed – and with it the Peabody Coal Mine. The Cholla coal-fired plant near Joseph City is on the way out. The Coronado Generating Plant near St. Johns continues to operate for now, but faces the prospect of closure in the coming decade.

Economics, not health or environmental impacts, have played the leading role in the closure of coal-fired power plants in the region. The cost of wind, solar and natural gas has tumbled, prompting power companies faced with the rising cost of pollution controls to shut down coal fired plants.

But economics alone don’t capture the full cost of the world’s heavy reliance on coal to generate electricity, according to a growing mountain of studies.

For instance, the now-shuttered Navajo Power Plant near Page had ranked as the 7th most polluting power plant in the United States – releasing 20 million tons of carbon dioxide into the atmosphere annually. The top 12 polluting plants in the US are all coal-powered, according to a recently compiled global database produce for the Center for Global Development. Still, Navajo produced half the emissions of the most-polluting power plant worldwide, which is in China.

On the other hand, the database rated the Palo Verde Nuclear Power Plant as #1 when it came to the zero-emissions generation of power.

Economists estimate that the “social costs” of carbon emissions in terms of water, food production, health and the environment amount to somewhere between $8 and $100 per ton of CO2. That put the maximum social cost of the shuttered Navajo Generating Plant at somewhere between $160 million and $2 billion annually.

Another global study published in Nature Sustainability linked half of the health effects of coal-fired plants to just 10 power plants globally. Most of the power plants with the worst health effects are still in India and China, in part because they burn cheap coal with more sulphur dioxide and can’t afford modern flue gas treatment, like the controls used at Coronado.

The long, contradictory debate about the impact of the Navajo Generating Plant captures some of the painful contractions posed by generating electricity from coal.

The Navajo Generating Plant as well as Cholla has generated energy to fuel the growth of Phoenix – but 15,000 Navajo tribal members have no electricity at all. Moreover, residents of the rural areas where utilities build the power plants suffer most of the health impacts. Studies show emissions from coal-fired power plants significantly increase death rates, as well a premature births, low birthweight babies, heart disease, lung disease and other health problems. Since 2015, a network of groundwater monitoring wells has found 91 percent of coal-fired plants have resulted in unsafe levels of sulfur, arsenic and heavy metals in the groundwater.

Other coal-fired plants on the Navajo Reservation will close in the next few years, including the San Juan Generating Station and the Four Corners Power Plant in New Mexico. Native Americans provide a larger share of workers at each of those plants, with the overall unemployment rate on the reservation hovering at around 50 percent.

On the other hand, the vast open spaces of the Navajo Reservation and almost all of Apache and Navajo Counties offer some of the best opportunities in the nation for wind and solar power development. Already, developers have proposed a 400-MW wind farm and a 400-MW solar installation in Apache and Navajo Counties. The National Renewable Energy Laboratory rated the Navajo Reservation as having more renewable energy potential than any other reservation in the nation.

Those operations will provide about a third as much power as the now-shuttered Navajo Generation Plant. Once they’re in operation they’ll provide about 30 year-round jobs each. By contrast, the mine and power plant provided about 800 jobs in a job-starved rural region.

Still, one study by the Clean Air Task Force in 2014 estimated the Navajo Generating Station’s emissions annually cause an extra 12 deaths, 19 heart attacks and 230 asthma episodes in the region. The plant operators vigorously protested the methodology of that report, suggesting it didn’t account for the pollution controls in place.

The nearby Black Mesa Mine next door to the Kayenta Mine once pumped 1 billion gallons of groundwater per year to operate the 273-mile-long slurry pipeline to the now shuttered Mohave power plant. The closure of that mine caused water levels in wells to begin to slowly rise again, after decades of decline, according to the US Geological Survey. However, most of the Navajo Nation remains in the grip of a severe drought and many historic springs have gone dry.

90 percent of coal-fired power plants that monitor groundwater show unsafe levels of toxic metals – according to environmental group Environmental Integrity Project and Earthjustice study release in 2019. The study showed 241 of 265 plants required by the EPA to monitor groundwater found unsafe levels of at least one toxin. Some 52 percent found cancer-causing arsenic in nearby groundwater and 60 percent showed unsafe levels of lithium, which can cause neurological damage. The data came from 4,600 groundwater monitoring. Other contaminants include mercury and cadmium. The Obama Administration in 2015 set national standards for the disposal of coal ash, which required the monitoring network. The Trump Administration revised the rule, suspended some of the monitoring requirements and extended the life of some coal ash ponds.

Shutting down the Portland Generation Station in Pennsylvania resulted in a 15 percent reduction in low birthweight babies and a 28 percent reduction in preterm births in downwind communities within 60 miles of the plant. The Lehigh University researchers took advantage of the government-ordered shutdown to examine the effects of ceasing the emission of 2,600 tons of sulfur dioxide every month, according to the study published in the Journal of Environmental Economics.

Simply transporting and storing coal can result in higher death rates in nearby communities, according to a study by researchers from Carnegie Mellon University published by the National Bureau of Economic Research. The study looked found a 10 percent increase in coal stockpiles increased death rates within 25 miles by 1.1 percent and infant mortality rates by 6.6 percent. They set the environmental cost of local air pollution at $202 per ton of coal delivered. US Coal-fired plants on average pay $48 per ton for the coal and stockpile 212,781 tons of goal on average, while taking delivery of 106,000 tons per month.

Burning coal increases and concentrates radioactive elements up to 10-fold. The study suggests that fly ash kept in holding ponds is more hazardous than previously recognized. Coal ash is sometimes used as a bonding agent in making concrete and some other industrial processes. Previous concerns focused on metals and contaminants like selenium and arsenic. The study found that burning coal concentrates radium isotopes in the coal ash and that lead-210 attaches to particles in the fly ash, causing additional enrichment, according to the study published in the journal Environmental Science & Technology.

Closing coal-fired power plants may boost children’s cognitive development, according to a study of plan closures in China by the Columbia Center for Children’s Environmental Health. The study compared the development of two groups of children – one who were in utero when the plant was operating and one in utero after the plant closed. The 110 children exposed to coal-burning emissions in the womb showed lower mental and motor skills developmental at age two than 107 children born after the plant closed, according to the study published in Environmental Health Perspectives. The researchers measured air pollution levels throughout both sets of pregnancies as well as toxins in the umbilical cord blood at birth.

Shift to renewable energy could save millions of year of life

Replacing coal-fired power plants in China and India with renewable energy sources like wind and solar would save an estimated 15 million years of life in China and 11 million years of life in India. Air pollution remains one of the largest contributors to the death rate for the 2.7 billion people who live in those two countries, according to the research published in the journal Environment International. The researchers fed the results from studies of health effects as well as regional pollution measurements atmospheric chemistry modeling programs to come up with the estimate.

I thought CO2 is plant food. Plants use it to create oxygen. Solar cells and wind turbines us rare earth elements that pollute our environment. Article is non-sense.

In the 1960's, I could hike up Springer Mountain in Lakeside and clearly see the San Francisco Peaks at Flagstaff. After the coal-burning power plants began operation, the haze dirtied the air and blocked the view.

If we do convert to burning biomass (i.e. forest products) instead of coal, what will be the effect on our air?

Great question, Ryan. The particulate matter and amount of CO2 that is emitted from biomass burning is as problematic as coal. Both coal and biomass burning emits black carbon soot that not only degrades our air quality, but also travels many miles to land on our alpine snow/ice fields. This soot hastens the melting of these fields by reducing their ability to reflect away from the earth solar radiation. This reflective mechanism is of much interest to scientists of late as they learn the crucial part that it plays in moderating our climate. The reflective quality is referred as the albedo effect. For anyone that has ever sat in dark car in the middle of summer or laid a dark cloth on the snow, it is easy to understand the role that the albedo rating of a surface plays in either reflecting or absorbing the solar radiation. There is an entire science that measures these qualities in a effort to better control the temperatures in our cities by encouraging the use of white roofs and other surfaces. Releasing more CO2 and more black carbon soot creates a feedback loop in which increasing temperatures and rapid melting of the snow/ice fields lead to ever increasing forest fires which, in turn, releases more CO2 and more black carbon soot. Human beings have an instinctual desire to want to "fix" a problem. However, history is rife with examples of "fixes" that were not well thought out and led to even greater disaster. Mr. Aleshire's articles are meant to persuade the reader that biomass will be our savior for forest fires, air quality, climate change and revenue for our counties. But, will it ?