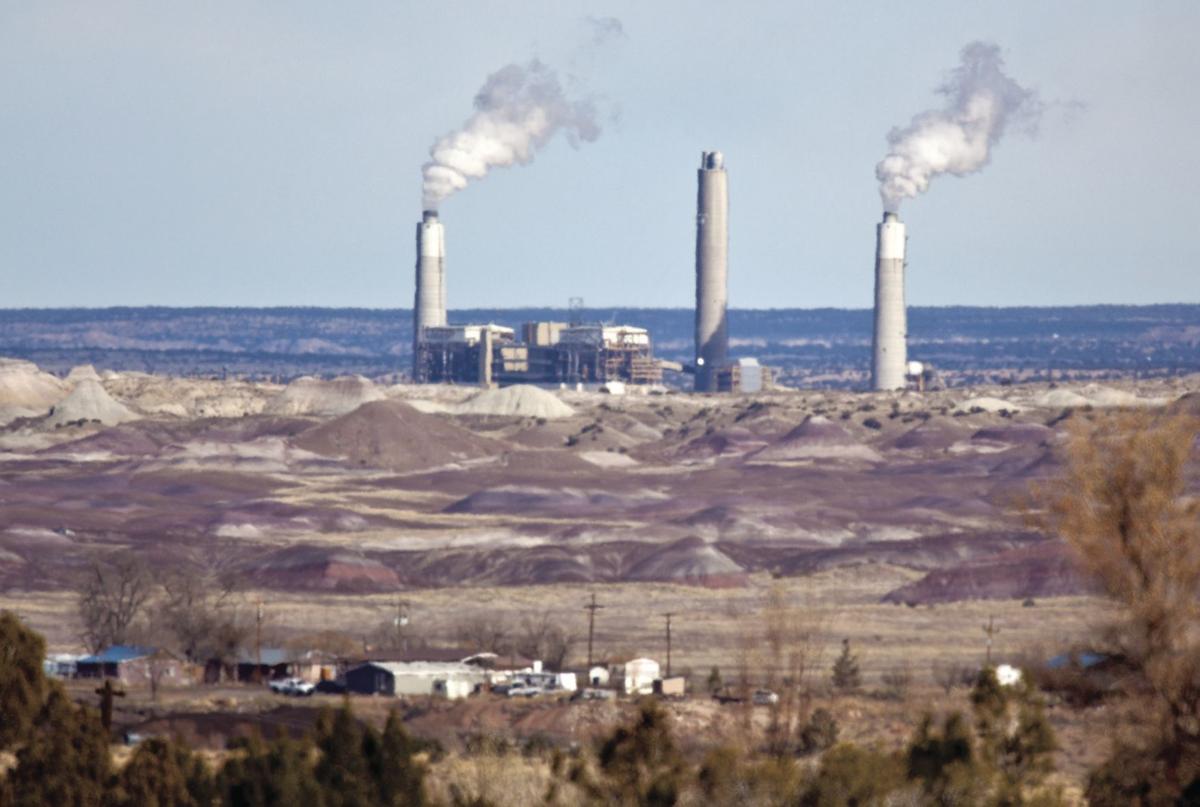 The Coronado Generating Station, located northeast of St. Johns, is Salt River Project’s coal-fired power plant. It has been a major power source and provider of jobs in the area since its two units were completed in 1979 and 1980, respectively. 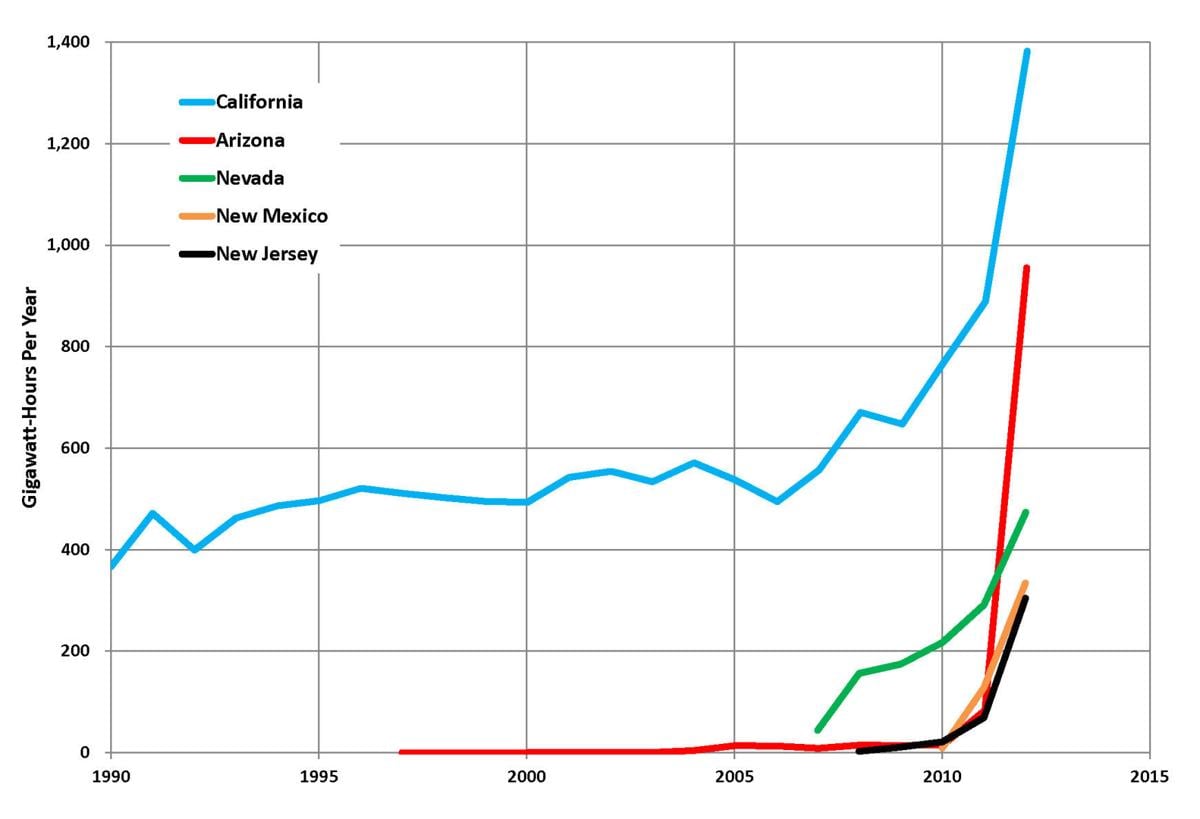 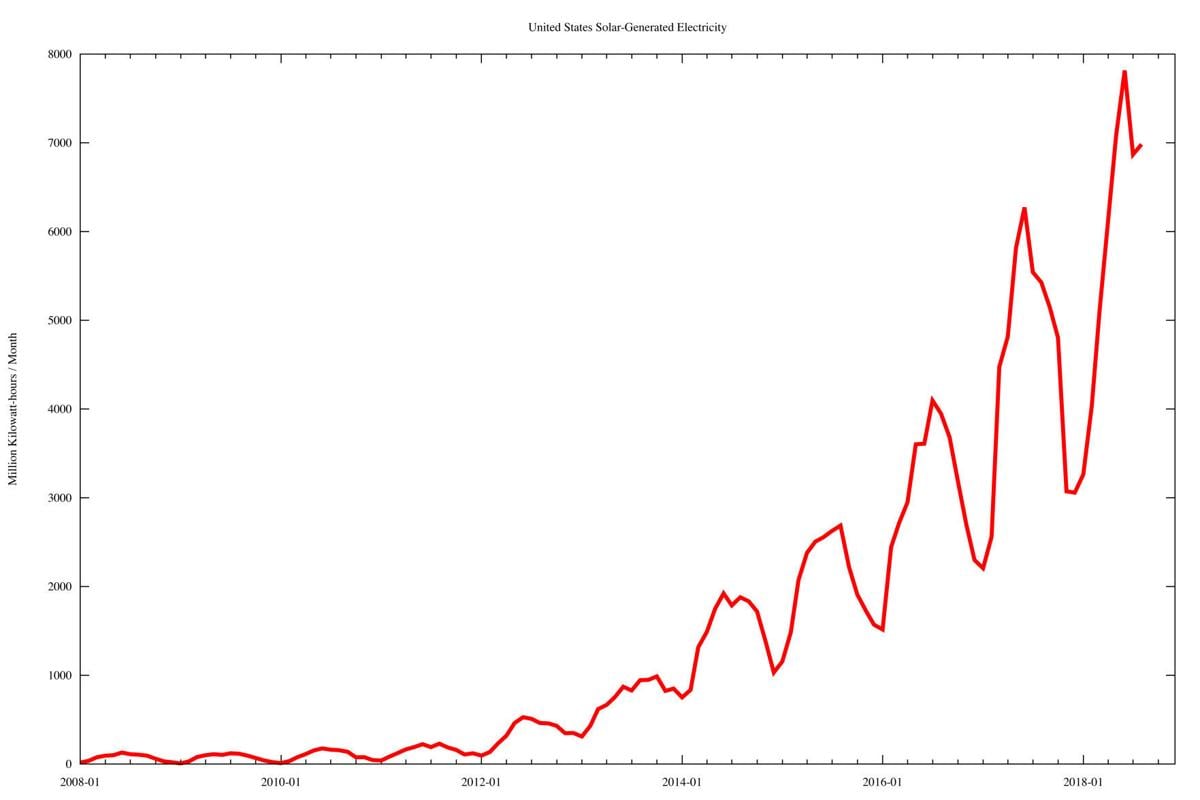 APACHE COUNTY — Salt River Project will shut down the Coronado Generating Station sometime between 2024 and 2034, costing the region another 200 jobs as a result of the the accelerating shift away from coal.

Navajo and Apache county officials are already bracing for the impact, which comes on top of the closure of the Navajo Generating Station and Peabody’s Kayenta Coal Mine this year and the projected closure of the Cholla coal-fired generating plant in the next four to six years.

But the combination of required investments in pollution controls and the plunging cost of solar, natural gas and wind power will likely force the closure of 773-megawatt (MW) coal-fired plant near St. Johns in the next decade. SRP will also likely stop buying power from a coal-fired plant in Springerville, but hasn’t figured out the time frame of that closure yet, said SRP spokesman Scott Harleson.

Coronado brings the coal it burns from Wyoming by train, so a closure will not affect mining jobs in Arizona.

Harleson said the public utility serving 1 million customers in the Valley will replace the lost coal-fired electricity mostly with natural gas and solar installations. SRP remains one of the fastest growing electrical utilities in the country, with a 2.3 percent annual compound growth rate, which compares a national growth in power of 0.7 percent, according to a forecast presented at the last SRP board meeting.

The utility company could close one of the two units at Coronado as early as 2024, depending on whether the board decides to invest another $50 to $60 million in pollution control equipment. The plant could funnel emissions from that unit to the second unit, already equipped with the lastest pollution controls. That’s half the cost of adding a system from scratch. The added pollution control would remove nitrogen oxides from the emissions, reducing visible haze throughout the region. Reducing haze will prevent a steady dwindling of clear days at places like the Grand Canyon, although the now-shuttered Navajo Generating plant had a much bigger impact than Coronado.

However, the operating cost advantage of solar and natural gas could mean the extra investment’s not worth it. In that case, the first unit at Coronado would likely close by 2024 and the second unit by 2034, said Harleson.

The Trump Administration has vowed to roll back the added pollution control requirements for coal-fired plants imposed by the previous administration. But that still won’t make coal economically competitive with solar and natural gas, even leaving aside the climate and health effects.

As it did when the Navajo Generating Station closed, SRP has vowed to offer workers at Coronado transfers to other SRP installations throughout the region. However, many workers live on the reservations and are loathe to move away.

SRP might convert one of the Coronado units to burning biomass, although turning wood scraps into electricity costs more than generating the same electricity from an industrial scale solar or natural gas installation. SRP also provides irrigation and drinking water to the Valley, so it has a vested interest in the health of the watersheds that produce much of that water. That’s’ why SRP has in the past been involved in things like the C.C. Cragin Watershed Protection Project, which would thin 64,000 acres to protect the C.C. Cragin Reservoir, which supplies both Payson and Phoenix.

Harleson said SRP understands the value of thinning the watersheds feeding the Salt, Verde and Gila rivers – all of which sustain Phoenix. Creating a market for biomass through generating 90 MW of electricity from wood scraps could prove crucial to the economics of large-scale thinning project.

In the meantime, SRP is already developing new sources of power, not reliant on coal.

The big increase in energy from wind and solar presents special problems for the electrical grid. Wind and solar emit almost no pollutants, but only produce energy when the wind is blowing or the sun is shining. That doesn’t always match the hours of the day when electrical demand peaks – like in the late afternoon and early evening in the summer when people in Phoenix get home from work and crank up the air conditioners.

Coal and nuclear plants generate electricity most efficiently if they burn around the clock. Every time the temperature changes inside the boilers, it causes heat stress on the components and hinders efficiency. So traditionally power companies must overbuild to meet peak demand. Historically, wind and solar power have only complicated that problem, since they usually produce extra energy when it’s not badly needed.

Natural gas, on the other hand, neatly solves the problem. Gas-fired power plants can be fired up and shut down quickly – making them ideal for meeting peak demand. The global embrace of fracking to force oil out of deeply buried sediments has also produced a glut of natural gas as a byproduct. This has caused natural gas prices to plummet – so it’s cheaper to build a new natural gas power plant than it is to a coal plant running, especially one without up-to-date emissions controls, like the Navajo Generating Station, Cholla or the second unit at Coronado.

Compared to coal, natural gas plants produce about half the amount of heat-trapping gases and far fewer of the fine particulates linked to heart disease, miscarriages, low-birthweight babies and lung disease even many miles from a coal-fired plant.

Wind and solar power plants produce almost none of those heat-trapping or health-harming pollutants once they’re up and running. Making the wind towers and solar cells does produce emissions, but the lack of emissions once they’re operating makes up the cost of the emissions in their manufacture within about six months.

However, wind and solar still have the problem of the peak demand mismatch. Fortunately, advances in battery storage and advances in evening-out the flow of electricity on the grid have made renewable energy even more cost effective. As a result, the supply of solar energy to the grid has doubled every year for the past several years.

SRP has already acquired the Coolidge Generating Station, with 12 units producing 565 MW from natural gas. The site also has the capacity to add 600 MW of “ramping” capacity – which means feeding the output of both rooftop solar and solar power plants into the grid steadily despite big surges in production at different times of the day.

SRP also plans to add 1,000 MW of solar energy by 2025, with two thirds of that amount already under contract. At least 200 MW will come from installations on the Navajo Nation – an effort to cushion the blow of the closure of the Navajo Generating Station.

Unfortunately for the local economy, while a coal-fired plant might produce 200 jobs, an equivalent solar plant will produce just 20 or 30 jobs for operators – which is one reason solar’s become so much cheaper than coal.

SRP’s plans also call for developing systems to integrate 1,500 MW of power from solar and wind installations into the grid by 2025.

The company is also building three pilot battery storage systems, which can stash 45 MW worth of energy during the day to use during the night. Those projects will factor into the design of a 338 MW battery storage plant by 2023.

The shift away from coal may help slow climate change and reduce health problems in Northern Arizona communities, but at the cost of high-paying jobs in a region beset by high rates of poverty and unemployment.

In the coming months, SRP will determine the ultimate fate of Coronado, said Harleson. The board must either invest $60 to $110 million to keep both units running until 2034 or close down one unit in 2025 and another in 2035. The board could also decide to convert one unit to burning a combination of coal and biomass, although that option hasn’t been thoroughly studied.

But no matter which option SRP embraces, the region’s economy will continue to shift away from mining and burning coal.

NAVAJO & APACHE COUNTIES — Shifting from coal-fired power plants to biomass burning plants can not only slow climate warning, it can boost…

"The Trump Administration has vowed to roll back the added pollution control requirements for coal-fired plants imposed by the previous administration."

The Trump administration is a collection of clueless, self-serving ignoramuses. Coal is dead, and good riddance. Navajo and Apache counties need to encourage and develop alternative sources of employment such as wind, solar, biomass, infrastructure, tourism, quality healthcare, and so on.

Amen! With all the sunshine, open space, wind and cheap labor Arizona should be an energy exporter.

If Mr. Alshire is so concerned about public health in relation to coal fired power plants, then why is he not concerned about the public health effects from massive, virtually daily, USFS prescribed burn smoke (which he so unabashedly promotes on a weekly basis in the WMI)?  The hypocrisy is rich.   No one is regulating the forest service and they are producing more toxic smoke than all the coal fired power plants combined in Arizona.   I hate to tell the Phoenix native that no amount of alternative energy is going to counteract the amount of pollutants being produced in Arizona by the USFS and I wish that they would be equally disturbed by this fact.  The forest service desperately needs to change its policies and consider public health foremost.

Mr. Aleshire points out that the switch from coal may slow down climate change by reducing the amount of greenhouse of gases produced. In many other articles he argues in favor of biomass burning. Of course, biomass burning emits far more CO2 than does the dirtiest coal. And contrary to referring to the burning of our northern Arizona forest biomass as "green energy", the definition of "green energy" is requires that the trees and fuels used in the biomass production must regrow within a reasonable foreseeable future in order to absorb the CO2 that will be released at a rapid clip by biomass burning. There seems to be a disconnect here.

I believe it's because the biomass will burn at some point anyway - so it's a choice we have; burn it under controlled circumstances and harvest a portion of the energy or burn it in an uncontrolled catastrophic fire and lose our communities. I've read a lot of his stuff and am persuaded...

First of all climate change is a farce. In the bible it talks about it. We need these jobs here in Apache County. If you don't live here you don't know what your talking about. We live in small communities where the jobs are few. NO CLIMATE CHANGE or global warming. Ridiculous.