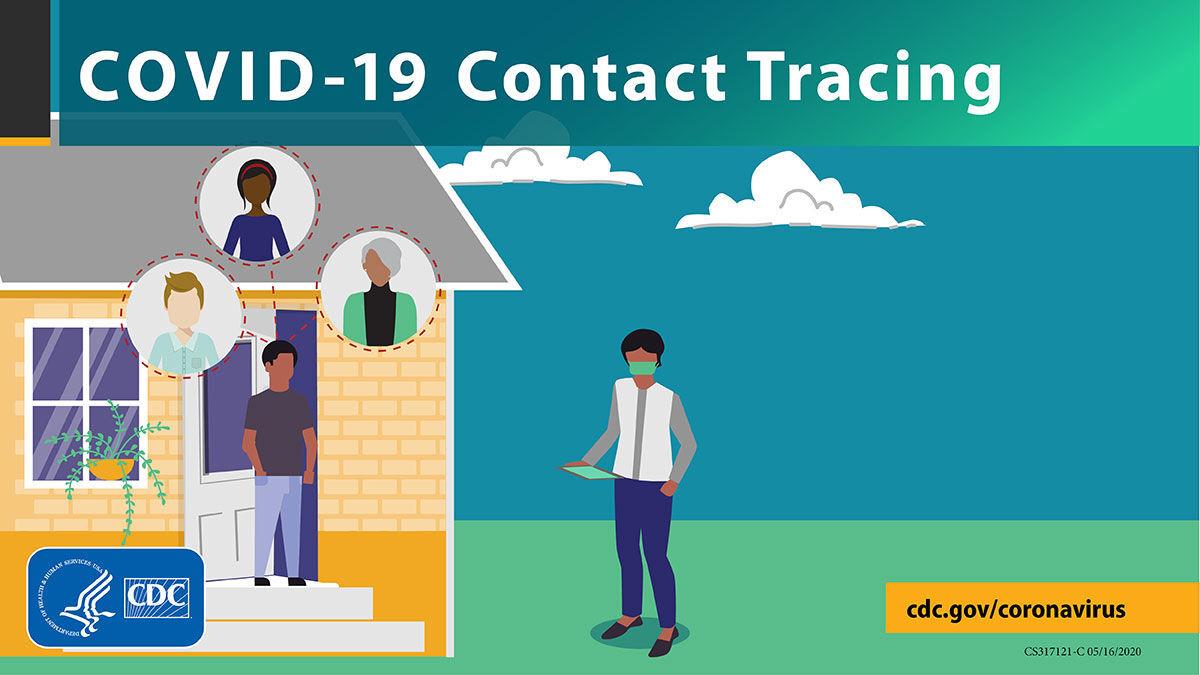 The combination of contact tracing and home visits that have helped keep mortality rates low represents a rare success story when it comes to COVID-19 among Native Americans — who have generally suffered a much higher death rate from the virus than the rest of the U.S. population. 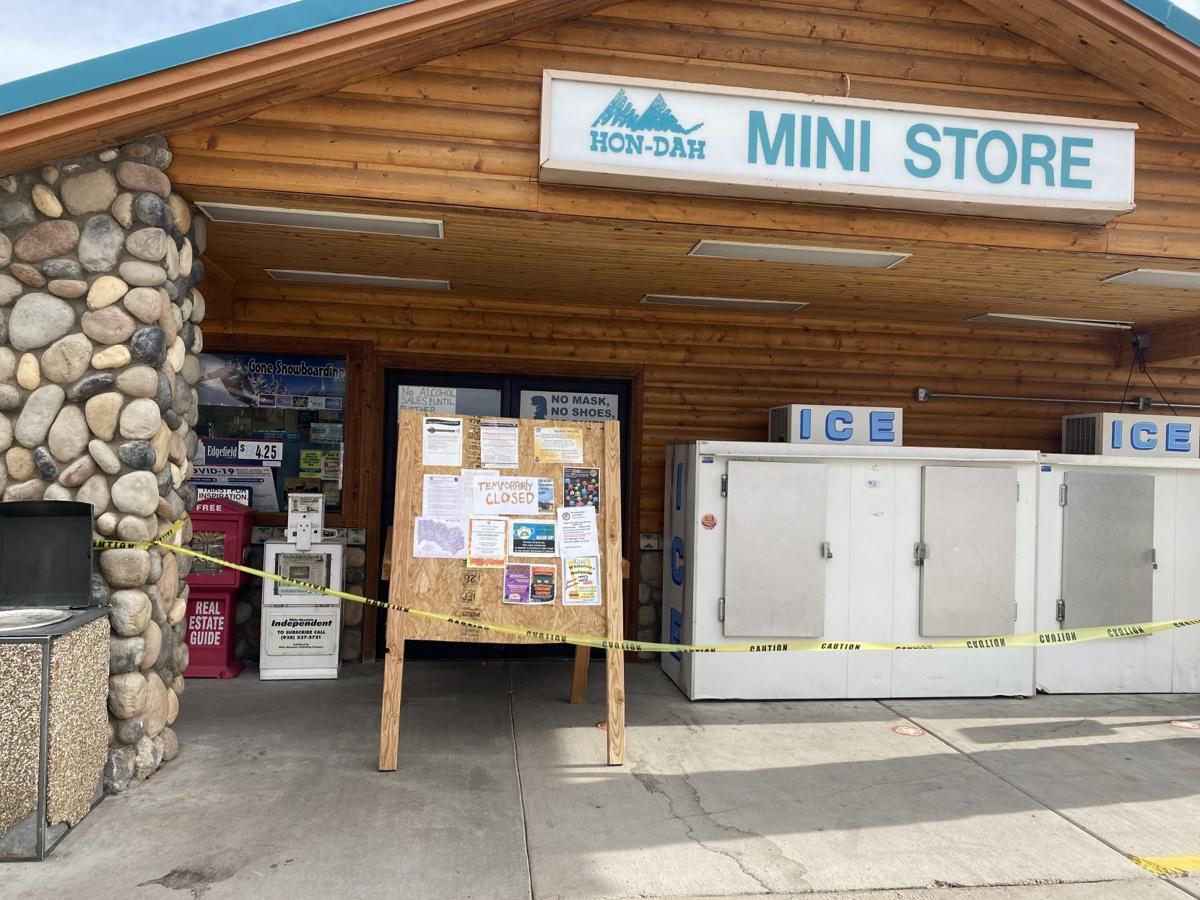 A Hon-Dah convenience store on the White Mountain Apache Reservation has been closed due to COVID. 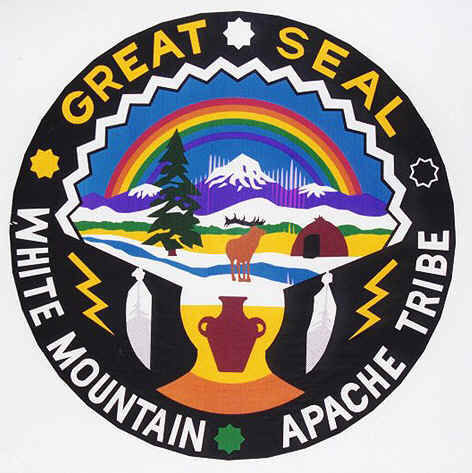 Tribal and Indian Health Services volunteers took contact tracing an extra, lifesaving step as the pandemic peaked, instituting home visits to keep people out of the potentially overwhelmed medical system and ensure they did not relapse once they went home.

WHITERIVER — The White Mountains Apache Tribe has gained national attention for the success of its community-based, contact tracing approach to the pandemic — even COVID-19 cases have started to rise again — in step with much of the state.

Tribal and Indian Health Services volunteers took contact tracing an extra, lifesaving step as the pandemic peaked, instituting home visits to keep people out of the potentially overwhelmed medical system and ensure they did not relapse once they went home, according to a summary of their efforts published in the New England Journal of Medicine.

“We developed an aggressive, integrated, early-response plan that relied heavily on contact tracing to limit the spread of COVID-19,” wrote Dr. Ryan Close and Dr. Myles J. Stone in the New England Journal of Medicine.

The effort involved frequent home visits, sometimes made by a cadre of 40 trained volunteers who could monitor the condition of the often frail, elders who were the most threatened by the virus on the reservation, which has a population of 18,000 and limited medical facilities.

The combination of contact tracing and home visits that have helped keep mortality rates low represents a rare success story when it comes to COVID-19 among Native Americans — who have generally suffered a much higher death rate from the virus than the rest of the U.S. population.

Data on the pandemic on Reservations remains fragmented and inconsistent, with the tally of new cases and deaths not reported on the Arizona Department of Health Services website.

Nonetheless, despite the lack of clear numbers on reservation cases from the state or federal government, the enhanced contact tracing and home visits appear to have lowered the death rate on the White Mountain Apache Reservation. This held true even though four-fifths of people who were infected also infected other household members, in a community with many multi-generational families.

“Crowded home environments are a part of life in our community,” wrote the two doctors in the New England Journal of Medicine. “It’s not uncommon for eight or more people to live in a two-bedroom house, so self-isolation is nearly impossible. Several families in our community set up camping tents in their yards to quarantine infected household members, but the sharing of bathrooms and eating utensils contributed to secondary household attack rates above 80%. Nearly every household here includes a grandparent, and many include a great-grandparent. It’s rare to encounter a patient with COVID-19 who doesn’t live with at least one high-risk person.

“Identifying high-risk patients who would benefit from early intervention became our top priority. Our tracing team went from asking, ‘Where have you been?’ to asking, ‘Who are your grandparents?’ We perform rapid testing of newly identified contacts, and a team of clinicians visits people who have tested positive as often as every day. Public health nurses call high-risk people who have been exposed to COVID but tested negative to verify that they are remaining asymptomatic throughout the incubation period,” according to the summary in the medical journal.

“This type of intensive outreach effort is important for two reasons,” the doctors wrote. “First, several people in our community have had cases of ‘happy hypoxemia,’ with little awareness that they had a serious respiratory disease. Waiting for patients to seek care only when symptoms become intolerable reduces the utility of most interventions. By detecting hypoxemia sooner, we can start patients on oxygen and, in some cases, keep them at home. The second reason has been the unexpected utility of frequent follow-up visits made by our team members that make them more available to the community. Many patients with the ‘happiest’ hypoxemia — those with minimal or no dyspnea — are young, relatively healthy people who might not otherwise present for medical care at all. We try to evaluate everyone in the household when we are visiting elders, and we frequently discover people with oxygen saturations of 80% or lower who did not know they were infected. Only by being in the field are we able to identify such patients early, initiate supportive care, and perhaps save a few lives.”

Despite those efforts, the virus has continued to surge back and forth across the reservation -with a recent rise in cases.

The reservation has reported more than 2,600 cases and 41 deaths. The 1% death rate among confirmed cases is lower than the statewide average, despite the large percentage of the population with pre-existing conditions, like diabetes. The doctors writing in the New England Journal of Medicine credited the effort to support and monitor people in their homes with the low death rate.

Some 110 cases are pending awaiting the test results — with about 8 new confirmed cases daily, according to a summary posted on Oct. 26. Doctors have administered 13,291 tests, much higher in relationship to the population than elsewhere in the state.

However, the resurgence in cases on the reservation and elsewhere continues to pose a challenge.

The Hon-Dah Resort-Casino was once again closed when several employees tested positive. The casino closed on Oct. 19 and was expected to remain closed for two weeks.

“While only two employees have tested positive for COVID-19, every employee who was in contact with those positive employees must self-quarantine, regardless of their test results. This has stretched Casino staffing levels,” according to the notice of the closure posted on the website.

“We are acting swiftly to protect the health, safety and welfare of our employees and customers. At Hon-Dah, we put our people and our community’s needs first,” said General Manager Brent Kurth.

The White Mountains Apache Tribe Emergency Operations Center recently posted a notice on its Facebook page saying the Tribe will continue to monitor the rise in cases in the event an additional lockdown becomes necessary.

“We appreciate all the calls asking for a lockdown in light of recent COVID-19 increases. We are definitely alarmed at the increases in our active cases on the reservation. As such we have been working with our partners to finalize amendments to our current alert system and will post the document for public comment before it heads to the council for final approval,” Kurth said.

It is important that we remain vigilant as a community during this COVID-19 global pandemic as international and national trends seem to indicate a second wave of this virus. As the fall season arrives to our community we implore all residents to continue adhering to all local COVID-19 guidelines such as wearing your face mask, even when you leave the reservation, practicing social distancing, washing your hands or using a safe hand sanitizer, avoiding large crowds, and limiting who you allow into your homes, among others.

“We are the solution and must all do our part for the sake of our elders, children, and every community member. Every loss of life is a tragedy and we have lost so many great people in our community already. All of our lives have been interrupted so please we ask you to do your part,” stated the notice.

Advocates for tribes say the lack of consistent data, the long delay in releasing Congressionally approved funding and the decades-long accumulation of unmet health needs on the reservations have made the pandemic far more lethal for Native Americans.

“If you eliminate us in the data, we no longer exist,” said Abigail Echo-Hawk, director of the Urban Health Institute, in an article in the journal Science.

For instance, many of the data intake forms used by the federal government don’t provide a category for Native American, but lump many into the category of “other.”

Native Americans have been 3.5 times more likely to be diagnosed with COVID-19 as non-Hispanic whites, according to one recent summary of the existing data released by the federal Centers for Disease Control.

The CDC notice published in the Morbidity and Mortality Weekly Report noted that only “limited data” was available to determine why COVID-19 has hit reservation communities so hard. However “persisting racial inequity and historical trauma have contributed to disparities in health and socioeconomic factors …The elevated incidence within this population might also reflect differences in reliance on shared transportation, limited access to running water, household size and other factors that might facilitate community transmission.”

The doctors and support staff at Whiteriver IHS have done a fantastic job managing this terrible pandemic. Kudos to those hard-working professionals who sacrificed so much for all of us.