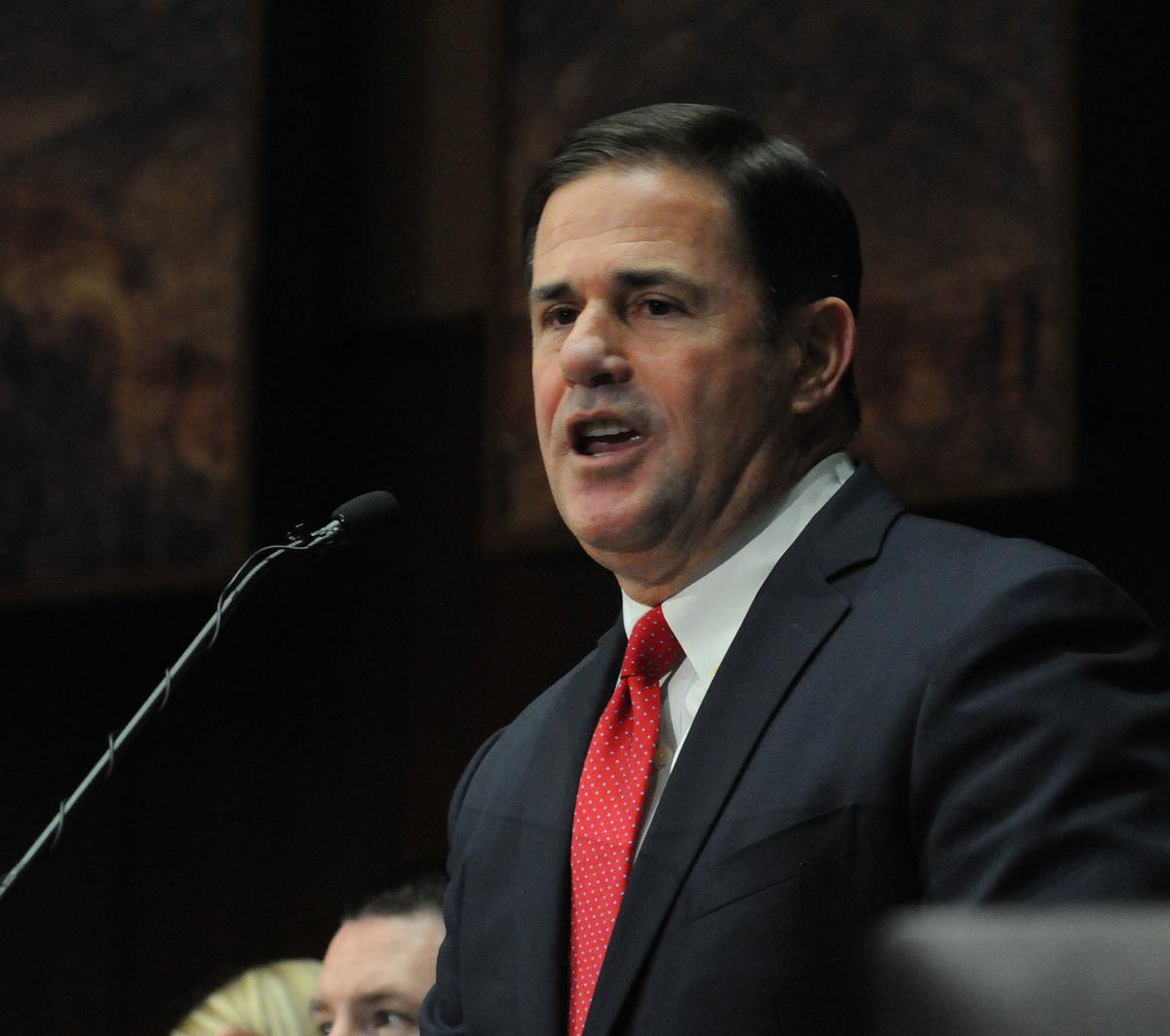 Gov. Doug Ducey addresses the Legislature for the 2020 State of the State address. 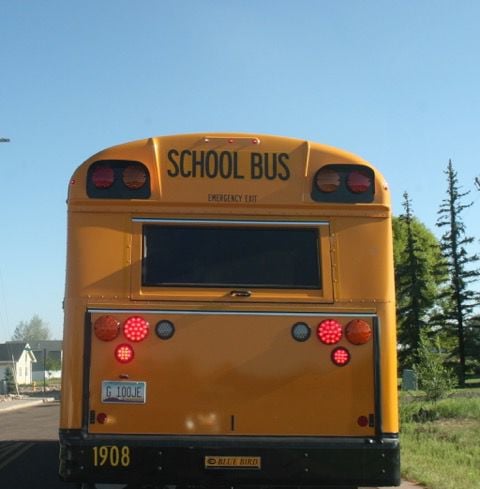 PHOENIX — Gov. Doug Ducey is proposing a $12.3 billion spending plan that still won’t restore state aid to education to where it was in 2008.

But $145 million of that is in legally-required adjustments to state aid funding formulas to account for inflation and student growth. And another $175 million is the last payment in the boost in teacher pay promised and approved in 2018 in the wake of a teacher strike.

Still, there is new cash for things like ensuring more schools get money to hire social workers, school counselors and school resource officers, the last category being sworn peace officers. That will help fund 461 requests for such aid made this year before the allocated cash ran out.

And Ducey wants to accelerate restoration of money taken from schools in previous years, including by him, from an account that funds everything from computers and books to school budgets.

There also is a plan to put $44 million into what’s being called Project Rocket, a program to give $150-per-student grants on a first-come, first-served basis, to certain low-performing schools and schools with a high percentage of students living in poverty. 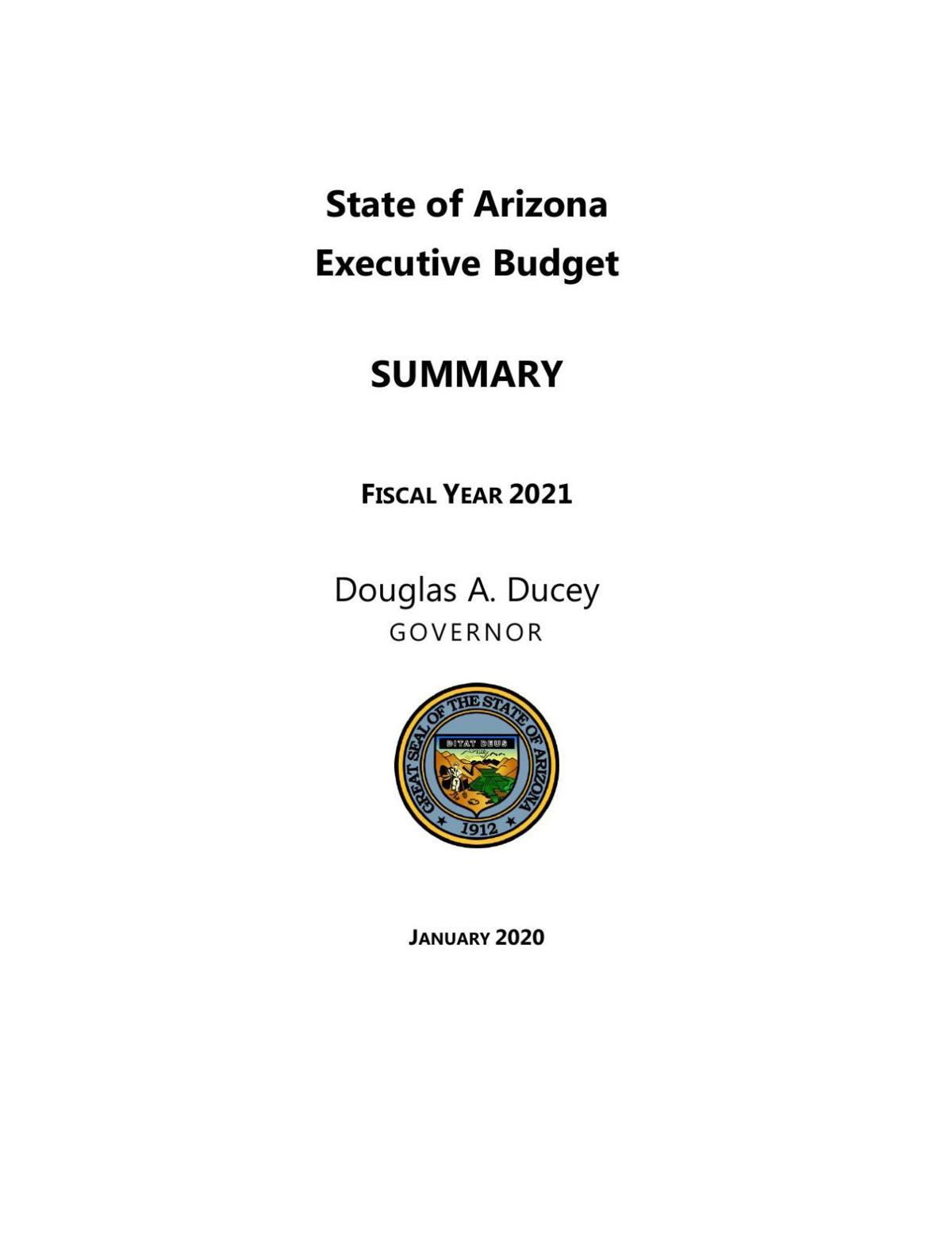 In the Avondale school district, which already got some of that cash, aides to the governor said the extra cash resulted in a 13 percent increase in students passing the English achievement exam and an 18 percent boost in the math passing rate. They said similar results were achieved in the Deer Valley and Wickenburg school districts.

Daniel Scarpinato, the governor’s chief of staff, said that shows that more money for public schools can make an academic difference.

“More resources with the right school leaders who are committed to results has a huge impact,’’ Scarpinato said, saying that is reflected in the results in the three districts that got a chance to try it out. “We think you can see that in even more.’’

That $44 million would be enough to help only about a quarter of the number of school sites in the state.

There is extra money to be had. But Ducey wants to use $45 million to allow retired military who now live in or move to Arizona to avoid paying any state income taxes at all, a change in tax law the governor’s office said would save the average veteran collecting a military pension about $840 a year.

“We want to honor our veterans,’’ Scarpinato said.

It also enables the governor to say he is living up to his pre-2014 election pledge to drive income taxes to as close to zero as possible.

That $45 million, if divided up among about 1.14 million students in public schools — both traditional and charter — would generate about $40 additional per student.

What makes that significant is that, according to Ducey’s budget, the state aid per student this coming year will be $6,156. And aides to the governor concede that still doesn’t bring the state funding up to where it was in the 2007-2008 school year before the Great Recession — at $4,996 — after accounting for inflation.

Using $45 million for tax relief versus K-12 funding may not be the only issue some lawmakers have with Ducey’s plan to eliminate income taxes for military pensions.

Current law exempts the first $3,500 of military retirement pay. Legislation to boost that faltered last year in the Republican-controlled Legislature, at least in part amid concerns that there was no requirement to prove financial need.

Then there’s the fact that the exemption from state income taxes for state and local government employees, including police and firefighters, is only $2,500, a figure that Ducey’s budget does not alter.

And there’s something else in Ducey’s education spending plan.

While the governor’s budget sets aside an extra $150 per pupil for certain low-performing schools, he wants even more per student in “results-based funding’’ for those schools that also are doing well.

That includes at least $225 for about 500 schools that already have an A letter grade and a low percentage of students in poverty, as reflected by eligibility for free or reduced lunch costs, and $400 for about 250 A-rated schools where at least 60 percent of students are eligible.

B-rated schools with 60 percent eligible for free and reduced lunch also would get an extra $225 per student under the governor’s plan.