Richard Mills stands in front of the remains of his burned home. The family didn’t have insurance and hopes to rebuild but are looking for a living space at this time. Only a shed in the background remains. 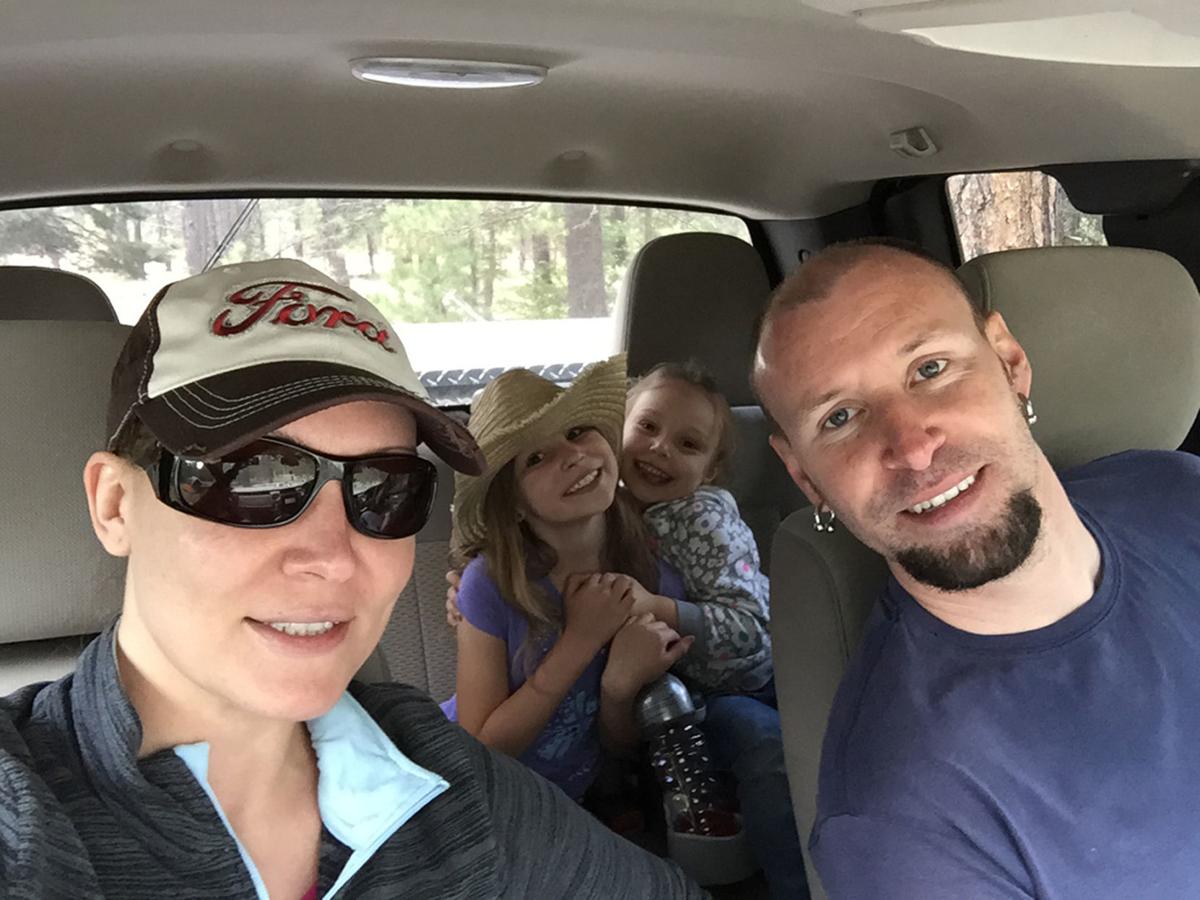 The Mills family, during happier times. They lost their home and belongings to a fire March 31. The family is looking for housing arrangements while they hope to rebuild their family ranch.

The family home burns as firemen look on.

Richard Mills stands in front of the remains of his burned home. The family didn’t have insurance and hopes to rebuild but are looking for a living space at this time. Only a shed in the background remains.

The Mills family, during happier times. They lost their home and belongings to a fire March 31. The family is looking for housing arrangements while they hope to rebuild their family ranch.

The family home burns as firemen look on.

CONCHO HIGHWAY — Yet another family is in dire need after they lost their house to a fire that consumed virtually all of their belongings.

The fire occurred March 31, about 6:30 p.m., at the Richard and Nikki Mills home, located along the Concho Highway between Concho and Snowflake. Richard and Nikki were away from home with Nikki’s mom watching their two young daughters, Kinsey, 8, and 12-year-old Kayla.

The electrical fire started above a breaker box and began smoking near the ceiling. They were only able to get out of the house safely and had no time to grab belongings before the house was fully engulfed in flames. The fire was so hot the steel beams of the manufactured home sit, bent, in the wreckage. A gun-safe rated at 2,500 degrees for a half hour was melted, as were the contents. Responding to the fire were Taylor-Snowflake Fire, Concho Fire, Vernon Fire and St. Johns Fire.

The couple had just depleted their savings after selling a house in Buckeye and moving into the new place in January 2018. They just purchased all new appliances which are now, unrecognizable. They did not yet have insurance.

The family says they have received help from neighbors and friends and now have some food and all of the clothing they need. But they are looking for help in securing a trailer or something to stay in for the time being.

Nikki said, “We’re hoping someone has a temporary living space to either loan or rent to us that we could stay in, a little bit more than short-term, is what we really don’t have right now. Also, if anyone can help with building materials donations, we could sure use a little help.”

Right now, all that stands on the property is a small barn-shaped storage building and an old uninhabitable RV. The family has spent a few nights in the storage shed, with the few belongings they have left. A Frontier employee was at the power pole outside what was once a house, hooking up Internet so Richard could communicate with his wife when she’s at her job working for Show Low Motorsports. Richard is unemployed at this time.

The family has a Facebook page called “Mills Family Ranch,” which shows photos of their three dogs, one cat, pigs, goats, chickens and two turkeys named, Thanksgiving and Christmas. Nikki said “We lost the home but we still have the ranch.” The family hopes to rebuild.

Nikki said the Cedar Hills Senior Center in Snowflake and Adventure Realty in Show Low are their designated drop-off centers for donations.

A friend named Kelsie Marie McKay has organized a GoFundMe account for the family (listed as ReBuild Mills Family Ranch). In Kelsie’s words on the page it reads: “Please read and share. Help this amazing family rebuild from this devastation. I have known the Mills family for 8 years and they truly have become family to me! This family will go out of their way to help anyone in need, and have helped me so many times through my struggles. They are completely destitute and anything at all will help. They are in immediate need to replace incidentals just to begin again.”

Nikki said that she would like to acknowledge the friends and businesses who have helped them in this time: Roger Hatch of Show Low Motor Sports, Mr. Brown at Concho Elementary has gathered donations for the family and Kara Kobold-Schroeder, who owns the Ranch House in Concho, and the Equine WellBeing Rescue has helped the family with feed and fencing for their animals. The fire department had to tear out the fence during their operations.

Richard said that thankfully, the chickens are producing plenty of eggs, but the family is truly in need.

Reach the reporter at bmartinson@wmicentral.com

Sorry this happened but why don't people get homeowners and/or renter's insurance???? No excuse. Let this be a lesson to others to be responsible.

Good example of not having your priorities in order. If you own a gun case or new stuff... Buy insurance first...

To add injury to insult, under the Trump tax cuts for the wealthy, casualty losses such as these are no longer tax deductible unless they are w within a federally declared emergency. Remember that as we are all worried about the fire season. Dump Trump

Someone not being responsible enough to buy their own property insurance coverage has nothing to do with the President. Why reward them with tax breaks too? Reward bad behavior? You are a liberal for sure. Why don't you send them a check.

This just shows how uninformed self declared Trump supporters really are. For your education, before Trumps Tax Cuts for the rich, unfortunate families like this could deduct all or a portion of casualty losses. Trumps Tax Cuts for the rich eliminated this deduction in order to pay for the wealthy tax cuts. You are so wise, all knowing and kind Tired. I might well just send them a check, will you match it?