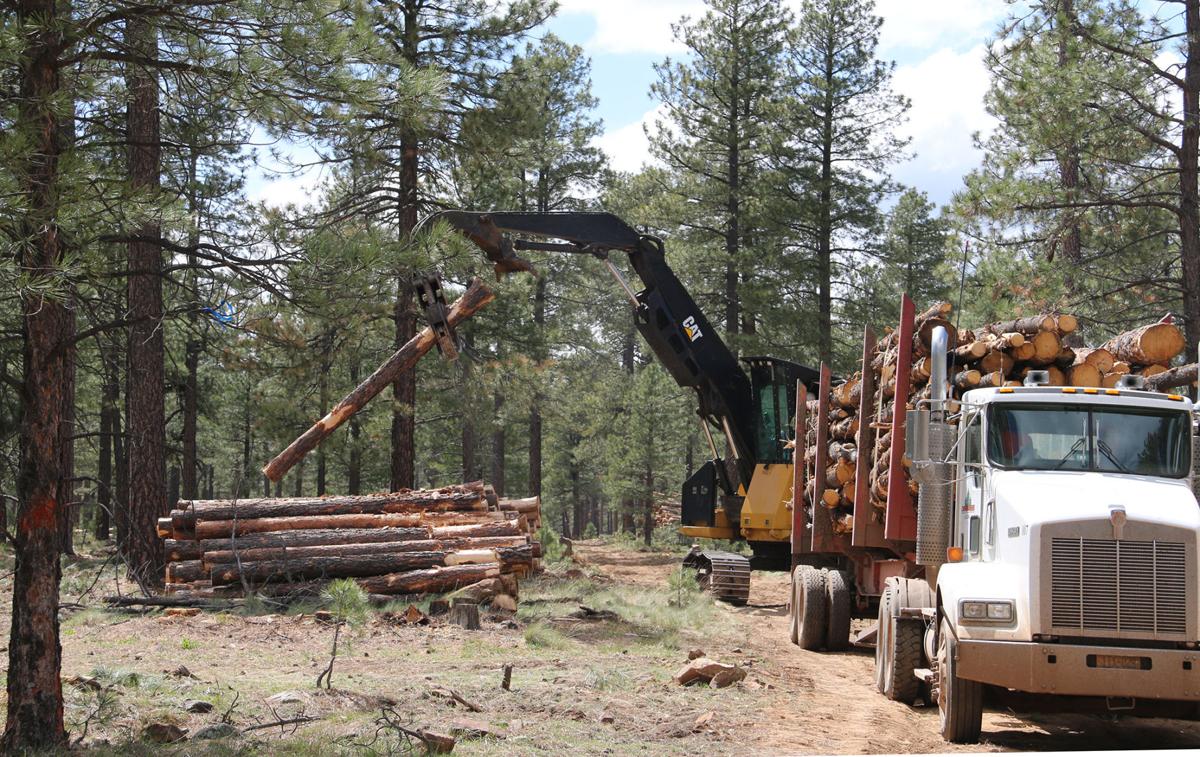 The Forest Service has once again delayed awarding of contracts for forest thinning until early 2021. 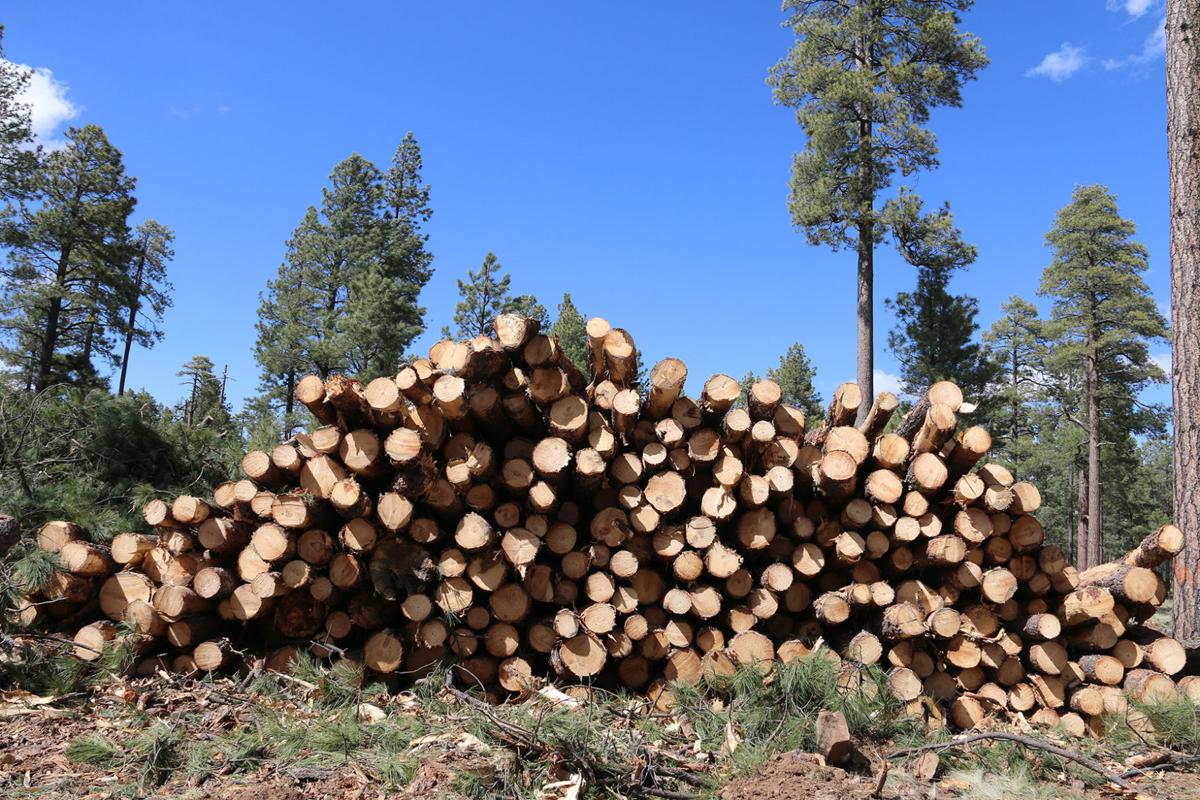 Biomass is a critical issue to northern Arizona. The election will will prompt the corporation commission to reconsider its rejection last year of a requirement that APS generate at least 90 megawatts of electricity annually by burning biomass. 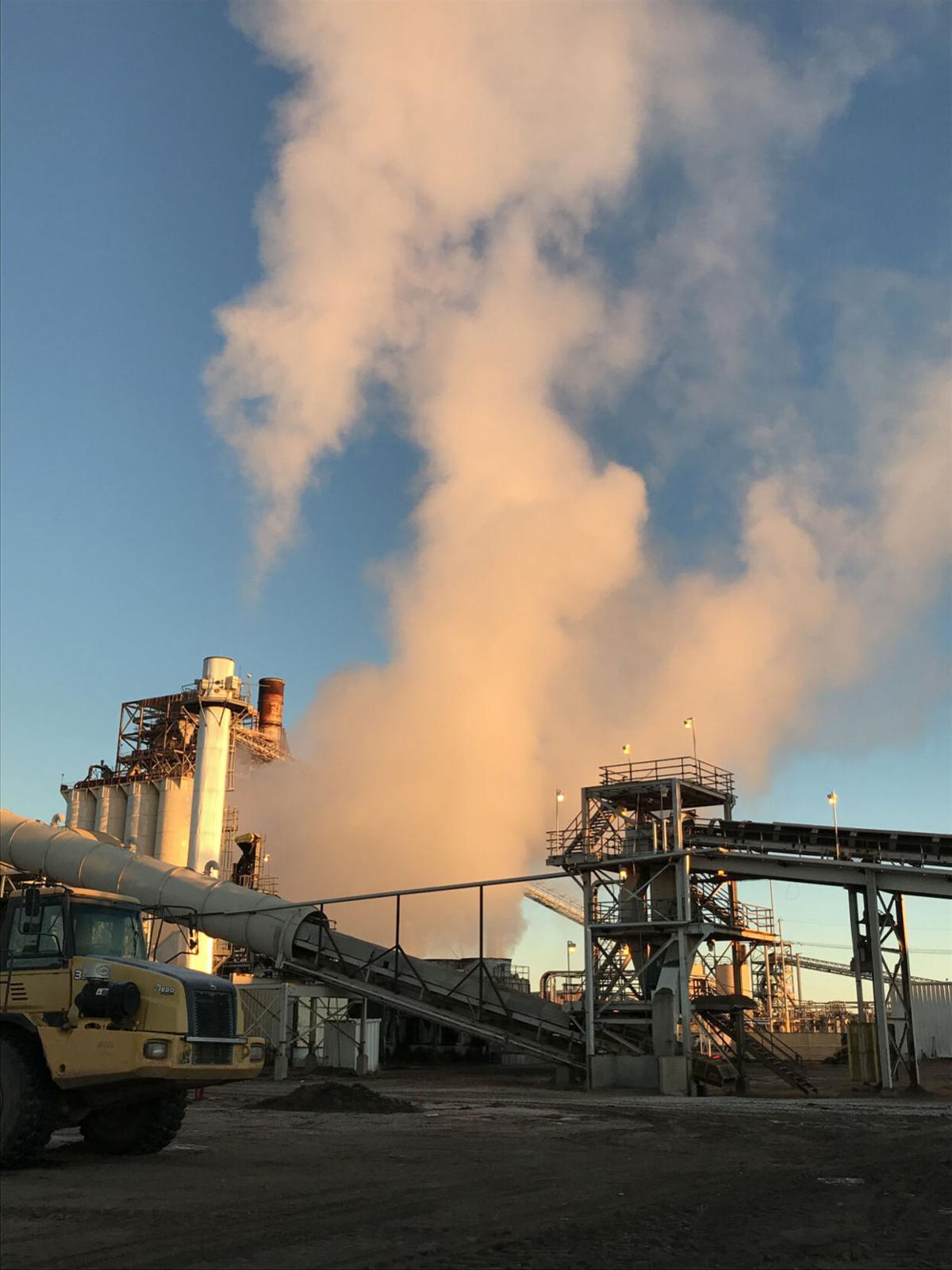 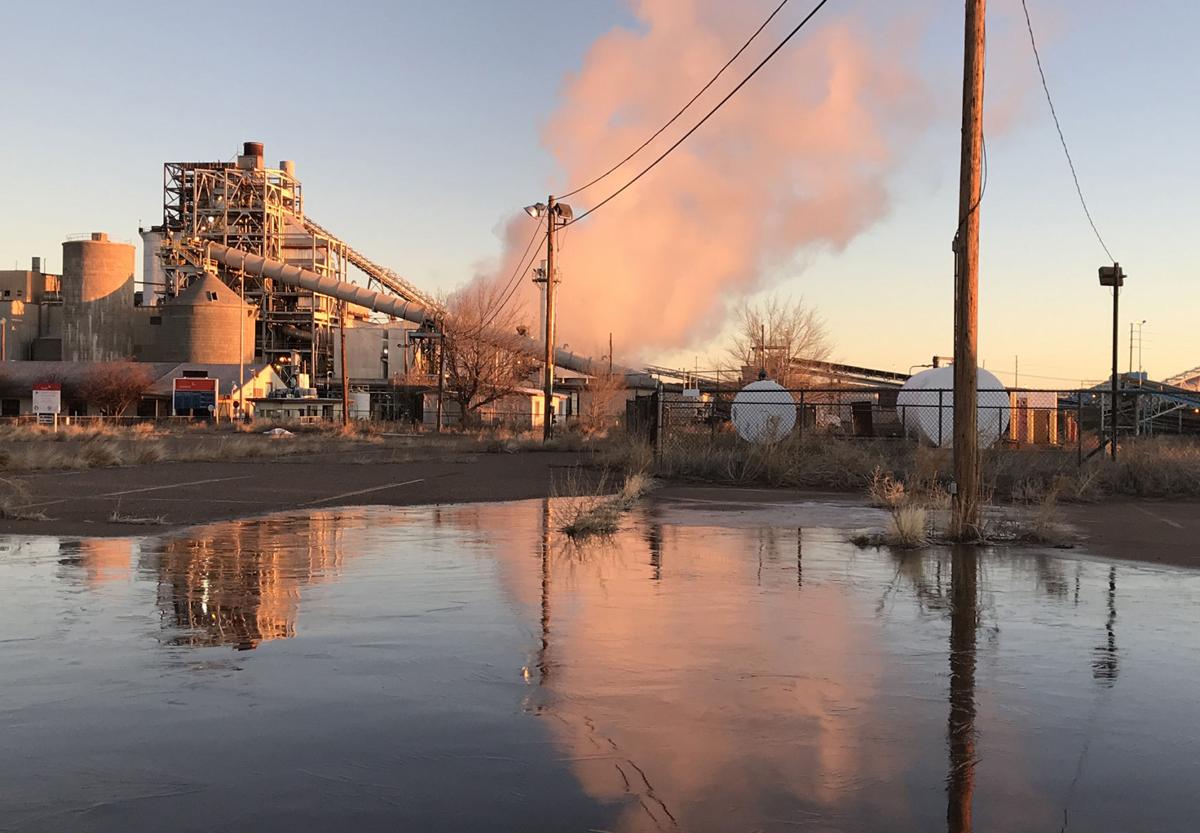 Biomass is a critical issue to northern Arizona. The election will will prompt the corporation commission to reconsider its rejection last year of a requirement that APS generate at least 90 megawatts of electricity annually by burning biomass.

The Forest Service has once again postponed the deadline for awarding contracts to thin almost a million acres of overgrown, fire-prone forest, to the near-despair of sawmill and power plant operators clinging to the end of their rope.

The Forest Service will postpone until at least next March the contracts to thin up to 818,000 acres of forest in Rim Country and the White Mountains, forest restoration advocates learned last week at the stakeholders meeting for the 4Forests Restoration Initiative.

Jeremy Kruger, the recently installed chief executive for 4FRI, responded to the Independent’s request for an explanation by saying “the solicitation is important and complex; it is a project of unprecedented scale and the longest 20-year stewardship contract that the agency has undertaken. We are balancing the need for space to work with offerors and our team of experts through all stages of evaluation with the efficiency, urgency and timeliness of award. We want to be diligent, thorough and have the opportunity to work with the offerors. This process cannot be rushed if we want to be successful for the next 20 years.”

However, the continued delay threatens the survival of the mills and biomass burning plant essential to the contract. The effort to launch large-scale thinning has been stymied for nearly a decade by a lack of small-wood sawmills and a way to profitably process the biomass that constitutes half of the material in need of removal. Tree densities have increased from about 50 per acre to more like 800 per acre in the past century due to grazing, logging and fire suppression — dramatically increasing the damage done by wildfires.

A handful of mills and biomass plants that have been holding on for years are running out of time, said Brad Worsley, head of NovoPower — the only biomass burning power plant in the state.

“I don’t know how to yell and scream about this any louder,” said Worsley during a recent Zoom-conferenced meeting of the 4FRI stakeholders group. The stakeholder group includes loggers, environmentalists, forestry experts and local officials who support large scale thinning to reduce the risk of the kinds of mega-fires that destroyed the town of Paradise, California, killing 85 people.

Worsley said the biomass burning near Snowflake is operating at peak efficiency and capacity, but can’t stay in business without long-term contracts, which depend on the outcome of the again delayed 4FRI contracts as well as action by the Corporation Commission.

Hope had glimmered last year when the Arizona Corporation Commission agreed to consider requiring power companies to generate at least 90 megawatts of power annually from burning biomass, enough to support more than 50,000 acres of forest restoration annually. The commission narrowly rejected the mandate. Voters will select three commissioners in November, which could renew hopes for the biomass mandate — although only incumbent Lea Marquez Patterson has clearly supported issuing the mandate.

Continued delays “could be the end of our facility” said Worsley. “We need a new chipper – but I can’t make a $300,000 commitment” without long-term contracts. We’re in this weird conundrum of operating as well as we’ve ever operated and burning as much wood as we’ve ever burned. But our warnings are going unheard. Any type of hiccup and we’d be in a lot of trouble.”

Alan Reidhead, who operates a small-wood mill that dovetails with NovoPower, said, “I’d like to echo Brad’s sentiment. Any type of industry thrives on consistency and predictability. We have deadlines. When we tell our investors this is going to happen and it doesn’t, it changes the outcome. The likelihood the number is going to get pushed past March is high. It’s been a year and three months since the RFP is supposed to have been completed. It keeps getting pushed and pushed. You can’t keep doing that. All efforts need to be made to move forward and get things settled, one way or the other.”

Kruger declined to detail why the contract award has been postponed

“The Forest Service is working very diligently on the evaluations and anticipate an award during the first half of Fiscal Year 2021 (October 2020-March 2021),” he said. “The date of the anticipated selection depends on the negotiations with offerors and is highly fluid. Based on the complexity, scale and duration of the 20-year contract, the Forest Service anticipates that the remaining stages of the evaluation process will require significant time to complete even with a dedicated team with various expertise being fully staffed and focused on the evaluation phase.”

The Forest Service hopes to avoid the nearly decade of false starts that have so far hobbled the first round of contracts awarded, some 300,000 acres centered on the Flagstaff area. The Forest Service awarded a 10-year contract, which has so far been shifted to four different contractors — none of whom has actually thinned more than a fraction of the 50,000 acres-per-year originally planned. The biomass has remained the economic chokepoint. The original contractor promised to turn the biomass into jet fuel, but never built a facility to do that.

A decade ago, the Forest Service did thin some 50,000 acres in White Mountains, but that depended on a $500 to $800 per-acre taxpayer subsidy to dispose of the biomass. The White Mountains Stewardship Project kept a straggle of wood processing operations in business and likely saved Alpine and possibly Springerville from the Wallow Fire.

The Forest Service has spent millions developing an innovative way to do the required environmental assessment on a million acres of forest up front, clearing the way for the return of an economically viable forest products industry. But the effort to provide stable, long-term supply of wood and a way to profitably process the biomass has left 4FRI in limbo and every forested community in grave dangers, as the size, intensity and frequency of mega-fires has exploded.

New Life Forest Products has opened a new sawmill in Williams as well as an operation in Heber, which has been processing wood from the original 4FRI contracts. FEC Logging USA Holdings owns both NewLife and Good Earth Power, which has a contract to thin 300,000 acres.

“Both our sawmills are currently operating,” said a New Life representative at the stakeholders meeting. “We’re seeing significant improvements in production. Lumber prices right now are at an all-time high and the market is screaming for fiber. Prices have basically doubled since April. We’re trying to take advantage of this upswing, because they were down for quite some time.”

But the survival of the industry may depend on the next round of contracts, said Reidhead. “It’s a huge contract that’s going to sway things in so many directions. We have a good chance of losing all the work we’ve done.”