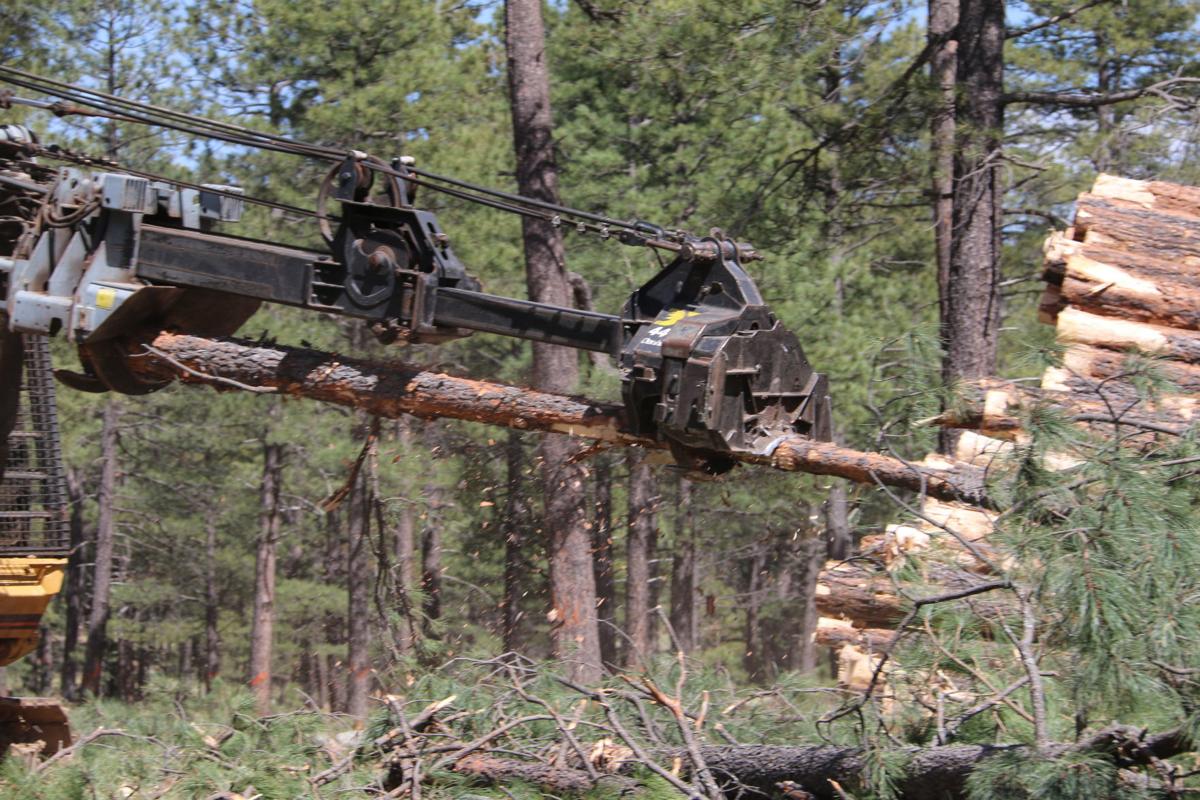 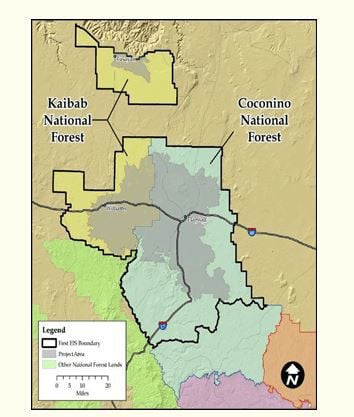 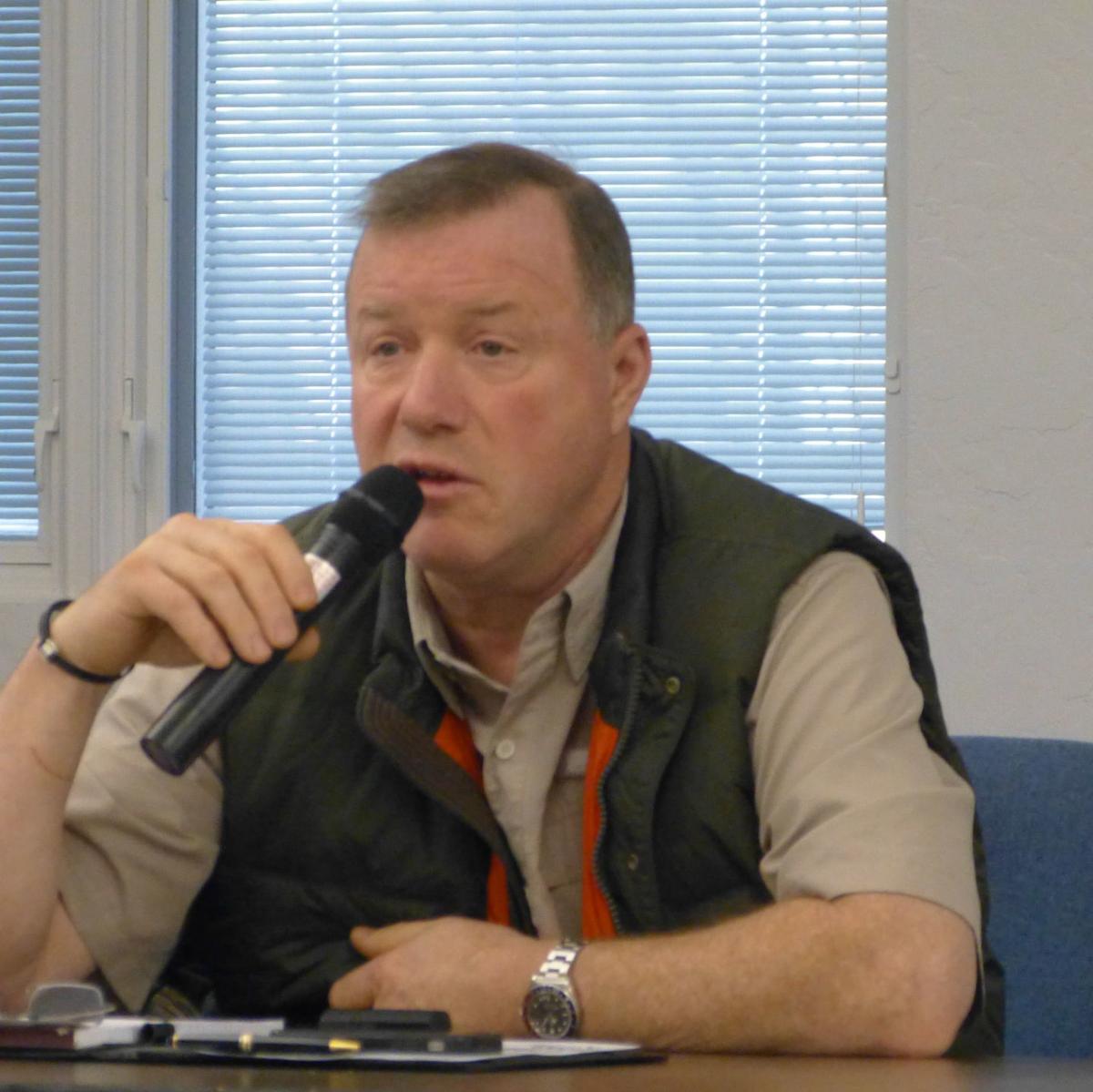 The Forest Service this week issued its latest “request for proposals” (RFP) for loggers, sawmills, biomass-burning plants and others to sign on for 20-year contracts to clear millions of tons of trees and biomass. The action comes after the Forest Service completely rewrote the rules for contracts to take advantage of the painful lessons of the past decade.

“This is very different from the first time around,” said Cal Joyner, regional forester for the US Forest Service whose domain covers much of the Western U.S. “This time we’re thinking more wide-open in allowing proponents to tell us what they can do. When it comes to adding resilience to the forest to support endangered species and the human communtities nestled in the forest, this is the best proposal we have.”

The RFP represents a key turning point in the world’s most ambitious forest restoration project. The new approach has drawn strong support from experts who have long been critical of floundering efforts to thin millions of acres through the 4-Forests Restoration Initiative (4FRI).

“I’m very happy with the RFP,” said Brad Worsley, president of Novo Power, the only biomass-burning, electrical power plant in Arizona, “mainly because they have prioritized biomass.” The new approach could save the 28-megawatt power plant from shutting down in the next four years, depending on the response of industry.

“The problem with the past contracts was that the contractor never had a realistic answer to the key question: Where does the wood go?” said Pascal Berlioux, head of the Eastern Arizona Counties Association, who played a key role in writing the new RFP. “Past contractors have offered a La La Land proposal. This second RFP has created a condition so we can get an answer to those questions.”

Salt River Project Director of Water Supply Bruce Hallin said, “This has never been done before on several levels. The involvement of the partners, the review process, this is something new.” The new RFP process includes a review panel of outside experts including SRP – which supplies both water and power to a million customers in the Valley.

In the first phase of 4FRI contracts, the Forest Service picked a single contractor with minimal experience and no infrastructure. In the past seven years, a succession of contractors has thinned 15,000 acres, rather than the hoped for 300,000 acres.

The new approach will open the door to multiple contractors and stresses a team approach that can handle the biomass — wood slash and small trees. The biomass problem has stymied forest thinning efforts so far, and represents more than half the material contractors must remove. Repeated studies show that thinning millions of acres from perhaps 800 trees per acre to more like 50 trees per acre remains vital to restoring forest health, protecting watersheds and preventing wildfires from consuming forested communities.

The Forest Service hopes the lure of a 20-year contract and the guarantee of millions of tons of wood every year will attract bids from major industry partners able to invest hundreds of millions of dollars in things like small-wood sawmills, biofuel burning power plants and mills to produce high-tech, oriented strand board wood products. That didn’t work on the first set of 10-year contracts, but this time the Forest Service has changed many elements of the contracting process. Key changes include: 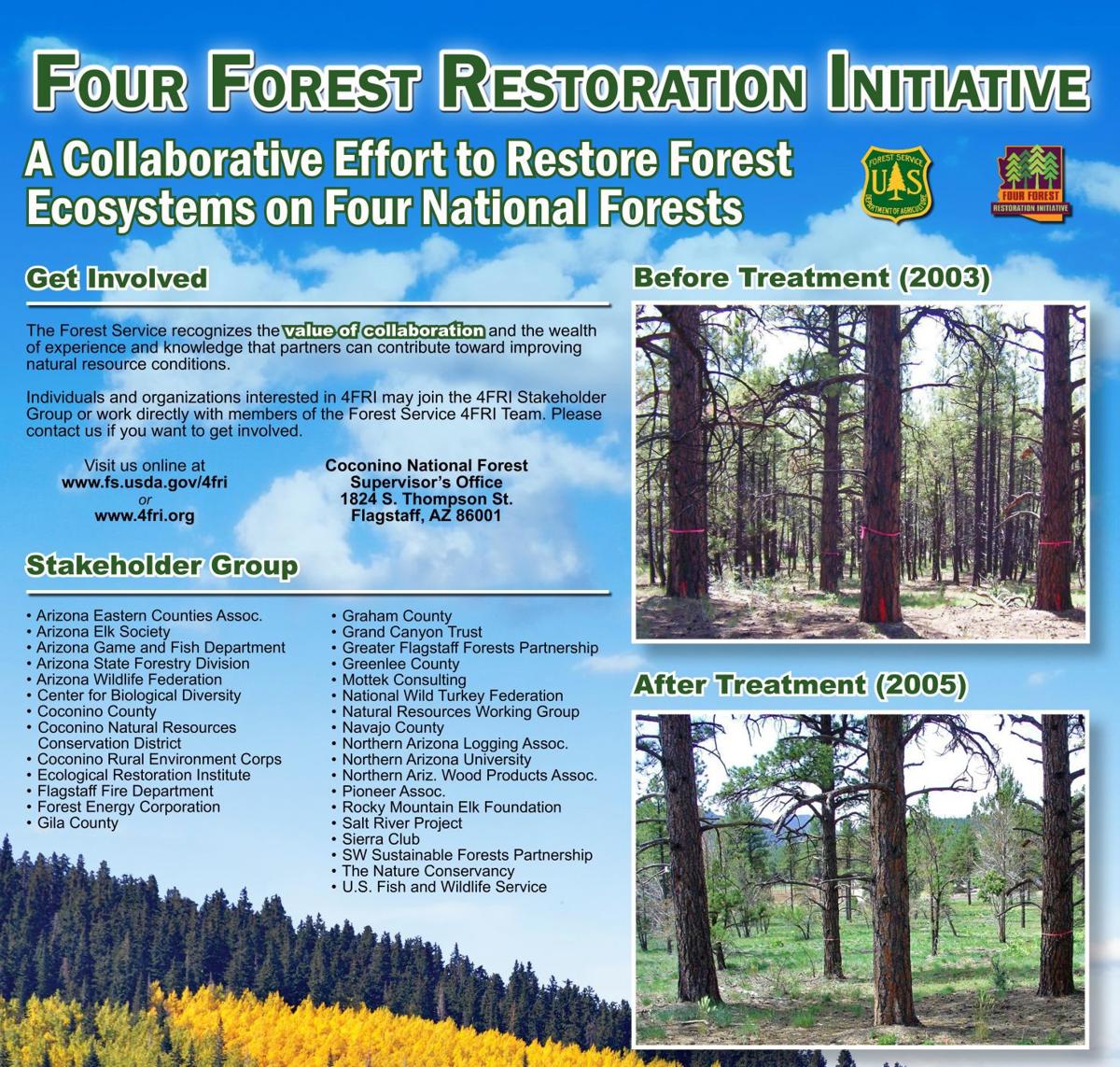 • Breaking the roughly 800,000 acres into smaller units, so contractors can bid on a limited area. That could prove a boon to the cluster of wood processing operations in the White Mountains, including NovoPower and the Reidhead sawmills.

• Leaving the door open to a subsidy in portions of the project area if that’s what it takes to get rid of the biomass – which has frustrated previous contractors.

• Establishing a review panel with representatives from the state and local government, industry, and partners like SRP, to rate proposals and review performance along the way.

• Granting a 20-year contract under new congressional authority, which is twice the previous maximum. This will give industry time to recover its sizeable initial investment.

• Completing environmental review of nearly 2 million acres, which means the Forest Service can guarantee a steady supply of wood for the full 20 years. The demonstration existing laws allow for such streamlined environmental review comes in the face of various congressional efforts to essentially gut the endangered species act and other environmental laws.

• Broad agreement on a “large tree retention strategy” that will focus on the smaller trees clogging the forest while leaving untouched most of the remaining old-growth trees bigger than 18 inches in diameter.

• Inclusion of a possible three-year ramp-up period to build processing plants before the contractor will have to start seriously clearing acreage.

The devil is in the details

In the technical category, Worsley said the RFP doesn’t necessarily guarantee the 20-year contract needed to attract major investors. The RFP offers an initial eight-year contract, with another 12 years in three installments at the “discretion” of the Forest Service.

The four-phase contract enables the Forest Service to hold contractors accountable for hitting their marks. However, Worsely said investors will want more of a guarantee if they perform.

“I absolutely agree with Brad that’s a potential problem,” said Berlioux, who was himself a bidder on the original 4FRI contract eight years ago.

Joyner said the Forest Service can amend the RFP to provide the assurances contractors need, if that becomes a sticking point when bidders respond to the RFP in the next 90 days.

“We’re open to dialogue about any section of the RFP. If a contractor is performing as per the contract, they have no reason not to expect the extensions. Our intention is for the contract to go on for 20 years. But if that language appears to be an impediment, then yes, we do have the ability to amend the RFP.”

The fundamental problem with the RFP remains disposal of the biomass, now at the center of the process.

The Arizona Corporation Commission dealt a body blow to forest restoration efforts recently when on a 3-2 vote the commissioners decided not to require Arizona utilities to buy at least 90 megawatts of electricity from biomass annually. The vote made it unlikely utilities like Arizona Public Service will invest $100 — $200 million to build a new biomass plant or convert an existing coal plant to biomass. The vote also endangered the survival of the NovoPower plant, which relies on long-term contracts with APS and SRP that expire in four years.

Currently, burning wood slash to generate electricity remains the only cost-effective market for biomass – which is the key to making money on thinning projects.

“That’s why we evaluate biomass removal as the most important part of any bid,” said Joyner. Only bids that include removal of at least 80 percent of the biomass will get a high rating. Proposals removing less than half of the biomass won’t qualify for consideration.

Joyner added, “If you want to protect the land from an uncharacteristic fire risk and protect the communities nestled in the forest and ensure the principal water supply for Payson and Phoenix – you have to figure out how to get the biomass off the land. The saw logs are the easy part.”

Berlioux said he believes only bio-electricity can cope with the biomass – at least in the short term. “If we do that, we’re in the game. If we don’t, there is no plan B … It’s an absolutely no-brainer that we have to keep NovoPower producing 28 megawatts – and either APS or someone else needs to have another 60 megawatts of capacity” to support the thinning of 50,000 acres annually. “If we’re serious about preserving our forest, preserving our watersheds and saving our communities, we will find a way to do it.”

Worsley said the RFP has given him new hope NovoPower will survive, along with the existing collection of wood processing operations in the White Mountains. He said both APS and SRP have expressed cautious interest in extending the existing contracts – even if biomass power proves more expensive than making electricity from natural gas. The power plant has already played a key role in clearing perhaps 50,000 acres within 50 miles of the Snowflake facility.

“We’d love to team up with someone,” said Worsley. “But if there are bidders trying to come in here, I’m not aware of them. Today, I have no one talking about it except the existing folks.”

He noted that if an operation like an OSB wood manufacturing operation located near NovoPower it would enhance the whole operation – getting more value out of the biomass for almost the same transportation cost.

“If some operation came in and took 70 percent of the biomass so I’m taking 30 percent, then that could expand our radius to 70 miles and increase the number of acres we could support,” he said.

The genius of the new RFP process remains its ability to bring stakeholders, environmentalists, contractors, industry, loggers and state and local officials into the process. Those partners will not only bring expertise to bear, but a focus on watersheds and community survival.

Joyner said 4FRI has been anxiously watched by the federal government as the most advanced effort underway to cope with a threat to the entire American West.

“This is the model that Secretary (of Agriculture Sonny) Purdue had in mind when he set us on the course as an agency towards shared stewardship. The intention of 4FRI is to do landscape-scale work across the entire landscape to benefit the entire state,” said Joyner.