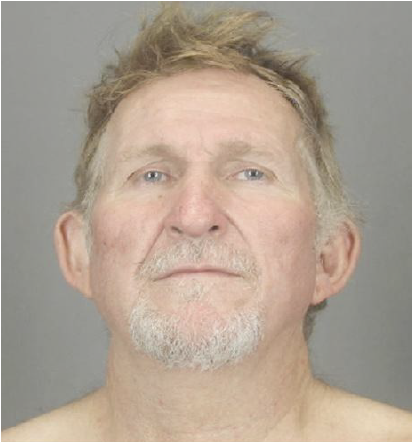 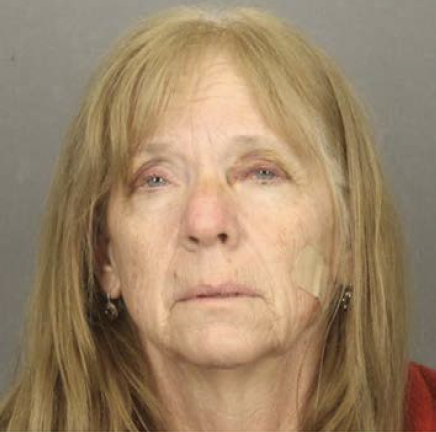 ARIZONA — The U.S. Marshals Service is offering a $20,000 reward for information leading to the arrest of escaped murder suspects Blane and Susan Barksdale, ages 56 and 59 respectively.

A manhunt in Arizona has been ongoing since Aug. 30 without results, frustrating those trying to find the two murder suspects. With a bounty of $10,000 for each, law enforcement hopes to get a tip that will let them catch the Barksdales before anyone gets hurt.

U.S. Deputy Marshal Michael Adams said they are getting a lot of tips, but none that have panned out.

The fugitives from justice escaped private company security guards in Blanding, Utah Aug. 30 while the guards were transporting them from Henrietta, New York, to Tucson as suspects in the first degree murder of 72-year-old Tucson resident Frank Bligh.

David Gonzales, the U.S. Marshal for Arizona, told the Associated Press that Susan feigned an intestinal problem during a stop in southern Utah. She and Blane then charged the guards, overpowered them, and bound them with shoelaces before putting them in the back of a transport van with an unidentified third inmate.

Gonzales said the Barksdales then stole money from the guards, but missed a handgun inside a lock box. He said they then drove the van to Vernon where they got a red GMC truck from a “friend” who has not been charged but is still being questioned. It is unknown if they are still driving that truck, have abandoned it, or are driving something else.

Victim Frank Bligh’s house in the 3500 block of South Calexico Avenue in Tucson reportedly suffered an explosion sometime during the day he was killed, on April 16. His car was found abandoned April 17 on South Wilmot Road in Tucson, but his body has reportedly never been found. Authorities said that evidence found in his abandoned car indicate he is probably dead.

Blane also has a charge of prohibited possessor in possession of weapons attached to his arrest warrant.

It was first thought that the Barksdales had escaped near St. Johns in Apache County. But it was soon evident that they had escaped in Utah and drove the van they were being transported in to Vernon where they met with a person who gave them a red GMC Sierra pickup, Arizona license 127XTY, with damage to the front passenger side and rear bumper.

The Barksdales also have connections in Vernon, but it is not known the nature of those connections or the names of anyone they may know in Vernon.

The Independent spoke with Apache County Sheriff’s Office officials in St. Johns Sept. 4 asking them how an announcement about the escape got into the hands of non-police entities who then sent it to the Independent before any official public announcement was made.

ACSO Chief Deputy Brannon Eagar said the notice of the Barksdales escape that was sent to The Independent was a police and first responder inter-agency notice that was never intended for public release and that is why some of the information in it was inaccurate, because all the details were not known yet.

Eagar said it was only to disseminate information within the law enforcement agencies involved in trying to capture the escaped fugitives.

“That is why some of the information in the official press release to the public was different than what was in the memo/notice sent to first responders involved in the search for the Barksdales when they first escaped,” Eagar said.

The Barksdales are considered armed and dangerous and should not be approached if anyone spots them.

Instead people are asked to call 911 or 88-CRIME if they think they have seen the fugitives.

Information from AZCentral.com, the Associated Press and the Tucson Daily Star contributed to his story.

The Tucson Police Department is actively investigating a homicide and related arson that occurred on Tucson’s East Side.

On April 16, 2019, the Tucson Fire Department and Tucson Police Department were dispatched to a residential fire in the 3500 block of South Calexico Avenue. The fire led to an explosion inside of the home, which caused significant damage to the structure. When fire crews entered the home, they learned that no one was inside. Officers attempted to locate the home owner and sole resident, 72-year-old Frank Bligh, but they were unsuccessful. Mr. Bligh’s vehicle was also missing from the residence. Shortly after the fire/explosion occurred, a witness saw a vehicle leaving the scene at a high rate of speed. On the same day as the fire, Mr. Bligh’s brother called from out of state asking police to check his welfare since he had not heard from him in several days. Based on the circumstances, detectives began a missing person investigation and learned that Mr. Bligh had not been seen since April 7, 2019, when he was at the Cowpony Bar (6510 E. Tanque Verde). Evidence located at Mr. Bligh’s residence, led detectives to believe that the fire was set intentionally and was not accidental. Detectives then initiated a large scale search for Mr. Bligh involving several different agencies.

On April 17, 2019, the Pima County Sheriff’s Department located Mr. Bligh’s vehicle abandoned in the county on South Wilmot Road. Tucson Police Detectives responded to that location and examined the vehicle. Based on information and evidence gathered during the fire investigation and missing person investigation, detectives were able to determine that foul play was involved and began investigating the entire incident as a homicide.

Homicide Detectives took over the investigation and quickly identified a person of interest in the arson of Mr. Bligh’s residence. On April 24, 2019, the individual believed to be involved, 30-year-old Brent Mallard, was located in Maricopa County with the help of law enforcement officials from that jurisdiction. Homicide Detectives with the Tucson Police Department spoke to Mallard about the arson and disappearance of Mr. Bligh. After speaking with Mallard, he was arrested and booked into the Maricopa County Jail on felony charges for Arson of an Occupied Structure, Second Degree Burglary and Felony Criminal Damage. Mallard has since been extradited back to Pima County and is currently in the Pima County Jail.

As detectives continued their investigation, they were able to obtain additional information and evidence, giving them probable cause to arrest 56-year-old Blane Barksdale and his wife, 59-year-old Susan Barksdale for the murder of Frank Bligh. During the investigation it was also discovered that Brent Mallard is the nephew of Blane Barksdale.

This is still a very active investigation, which is why specific details are being withheld at this time. Additional information will be released as the investigation continues.

The Barksdales were arrested in connection with Bligh’s murder May 24 in the parking lot of an RV park in Henrietta, New York without incident.

Anyone with information regarding the whereabouts of the escaped suspects should contact the Federal Bureau of Investigation's tip line at 1-800-225-5324 or 911.