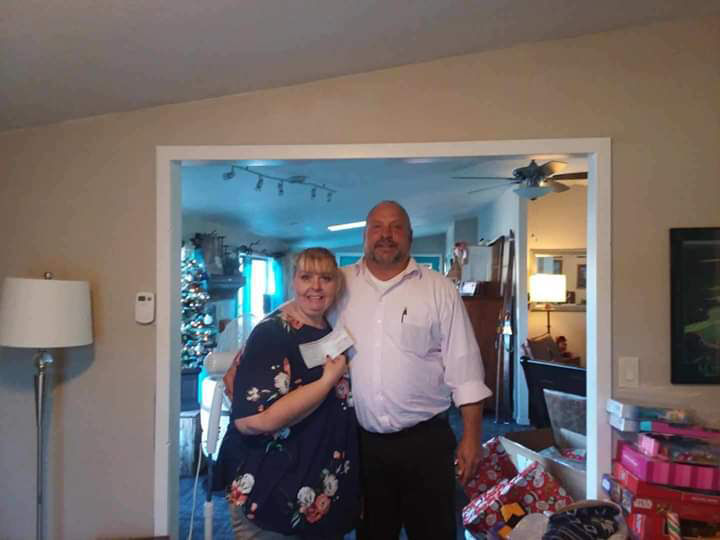 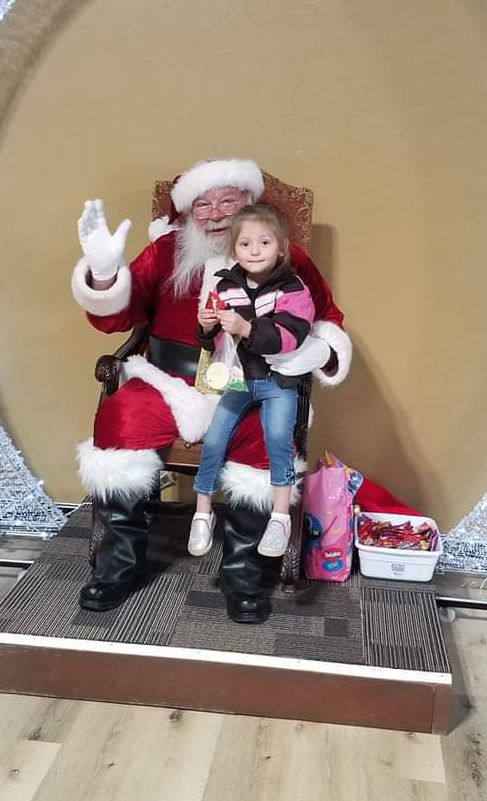 A little girl visits with Santa at the Secret Santa Depot.

A little girl visits with Santa at the Secret Santa Depot.

LAKESIDE — Over 200 local needy children were treated to gifts, goodies and a visit with Santa Saturday, Dec 21, at Country Court and the Secret Santa Depot.

While some White Mountain kids were asking for an Xbox or a cellular phone or a 4K TV in their bedrooms, these White Mountain children who requested to be considered for the Secret Santa Depot asked for more modest items.

“We get some kids that ask for things as simple as shampoo or lotion or other toiletries,” said Maggie Lane who has been putting on the program for the last eight years. “One boy asked for a set of clippers to trim his dog. He said his mom has to spend money they don’t have to get the dog trimmed and if he could learn how to do the trimming his mom would have money for things she needs.”

Normally Maggie and her children put on the event with help from a few others. But this year she had some medical issues and had to ask for help. “I was under doctor’s orders to limit my activities. For years people have been offering to help and I turned them away. This year I had to swallow my pride and this Mountain responded in a big way.” And respond they did. Overall people contributed just shy of $3,000 in either cash or products for the kids. Richard Nelson from Horne Motors was a huge help and also the Horne Family, Navajo County Sheriff's Auxiliary, Bloom 'n Bean, Country Court, Cool Mountain Vacations and the community Santas and the beautiful White Mountain community.

Lane told us how the program works. “Basically kids have to apply for assistance. The first year there were 14 kids, this year we had 200 that applied and made it in by the cutoff.” She continued: “Then we had another 35 that got to us after the deadline, but with the outpouring of support, we were able to help them too.” Maggie added, “We were able to provide every kid, provide each family their meal and we were able to share with the Love Kitchen too.” Kids from as far west as Winslow to parts of New Mexico were included.

Lane had one last comment, “The one thing we need to remember on this Mountain it is about the giving and not receiving. If we focus on giving to others, the joy we receive by seeing how helping others gives them joy — is the best reward of all.”