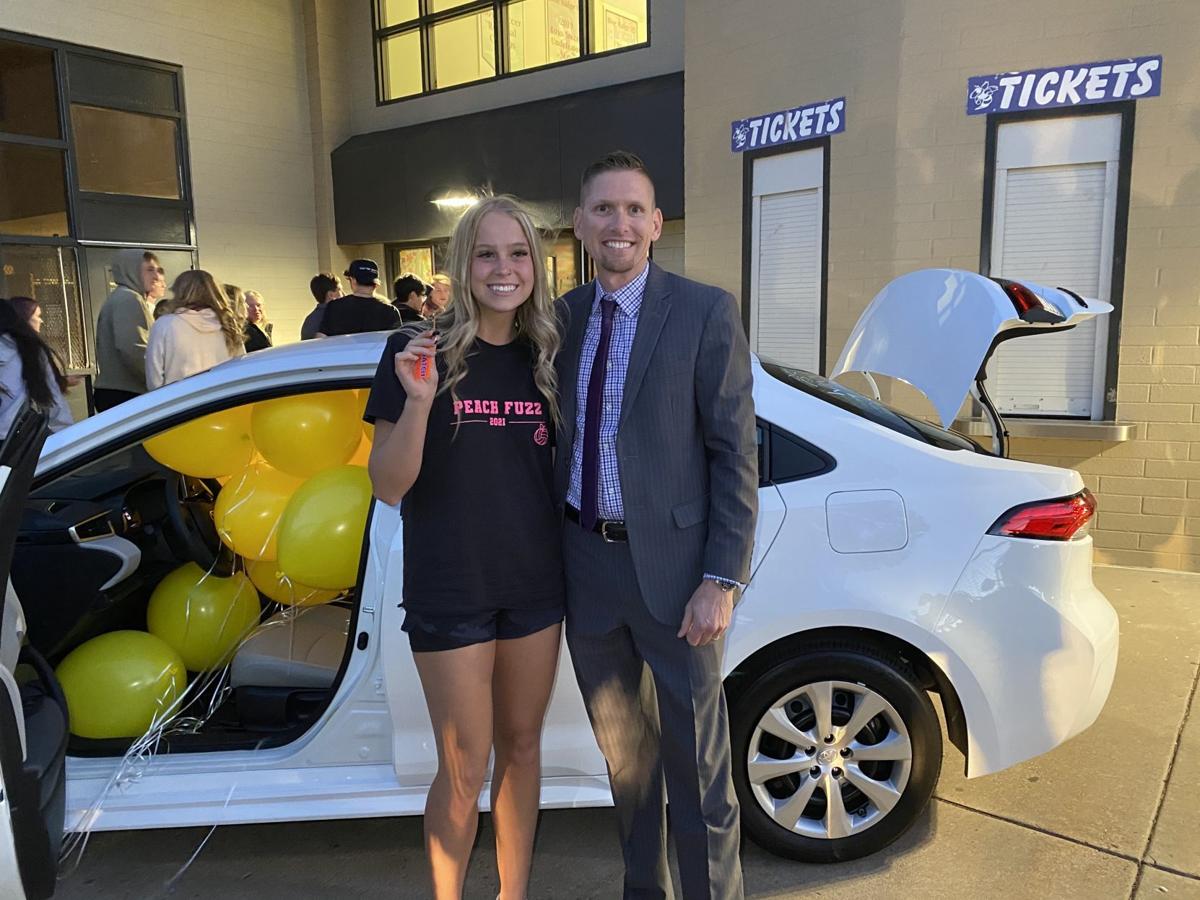 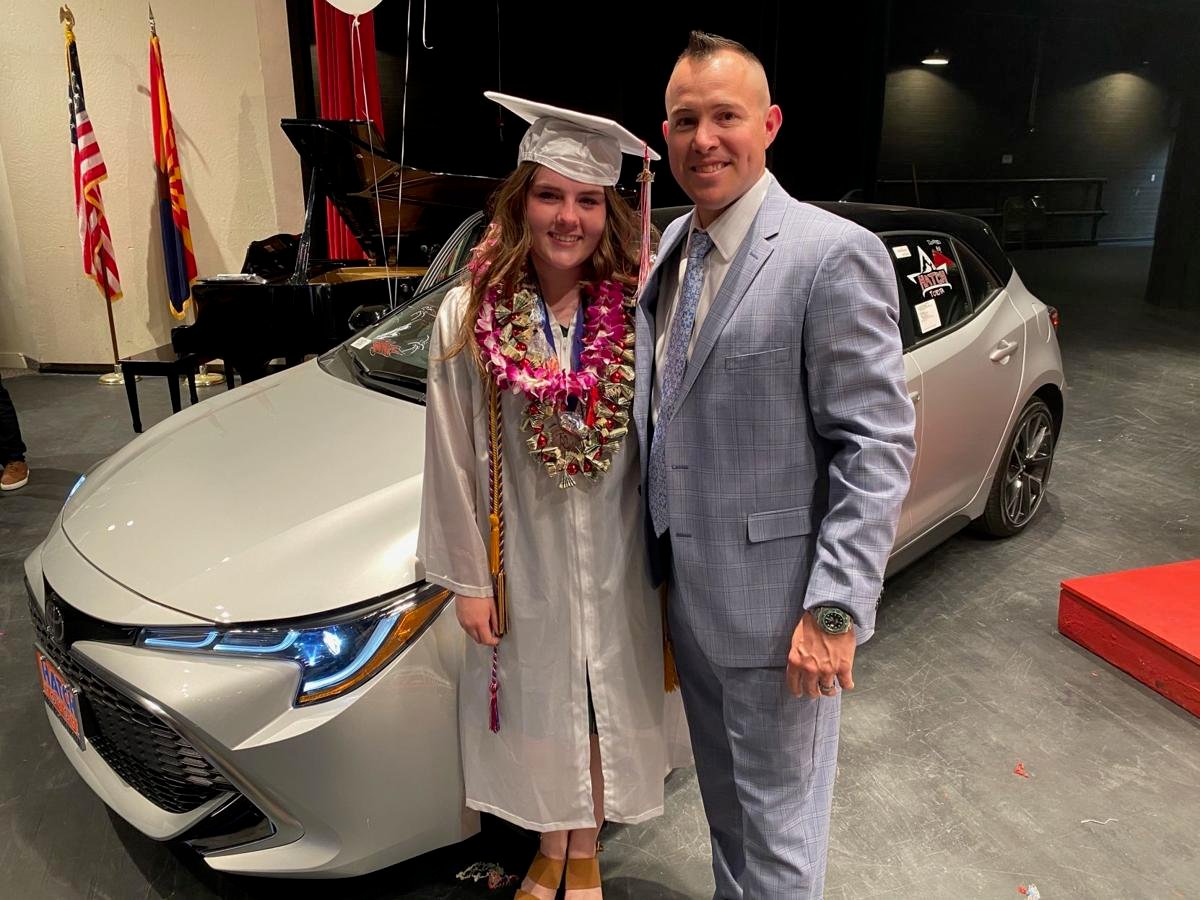 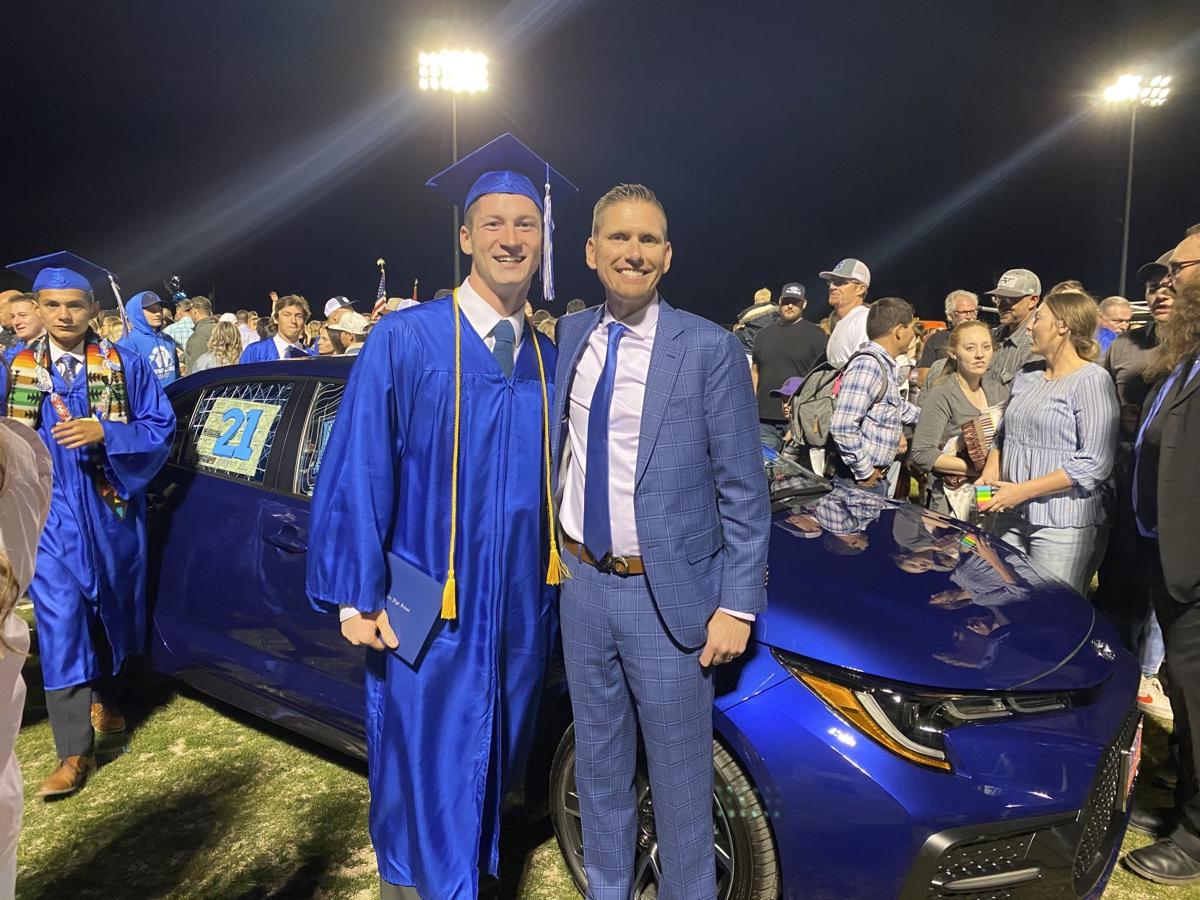 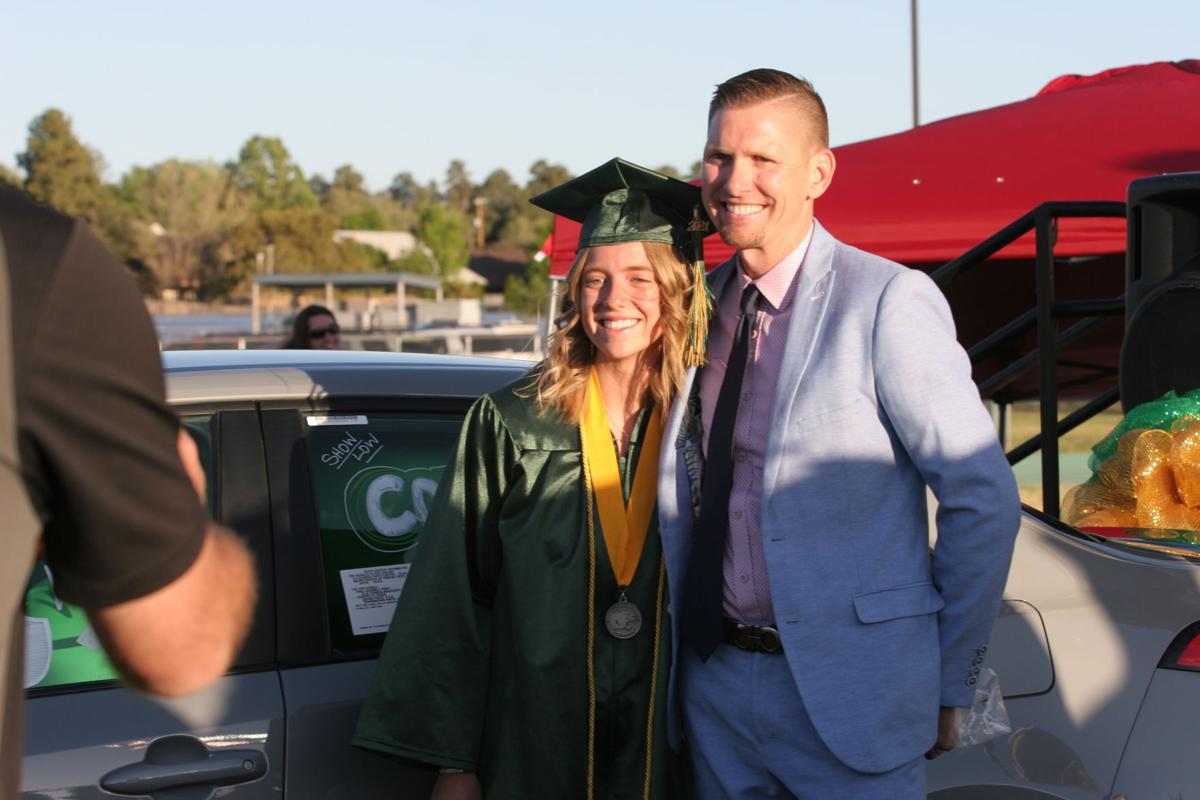 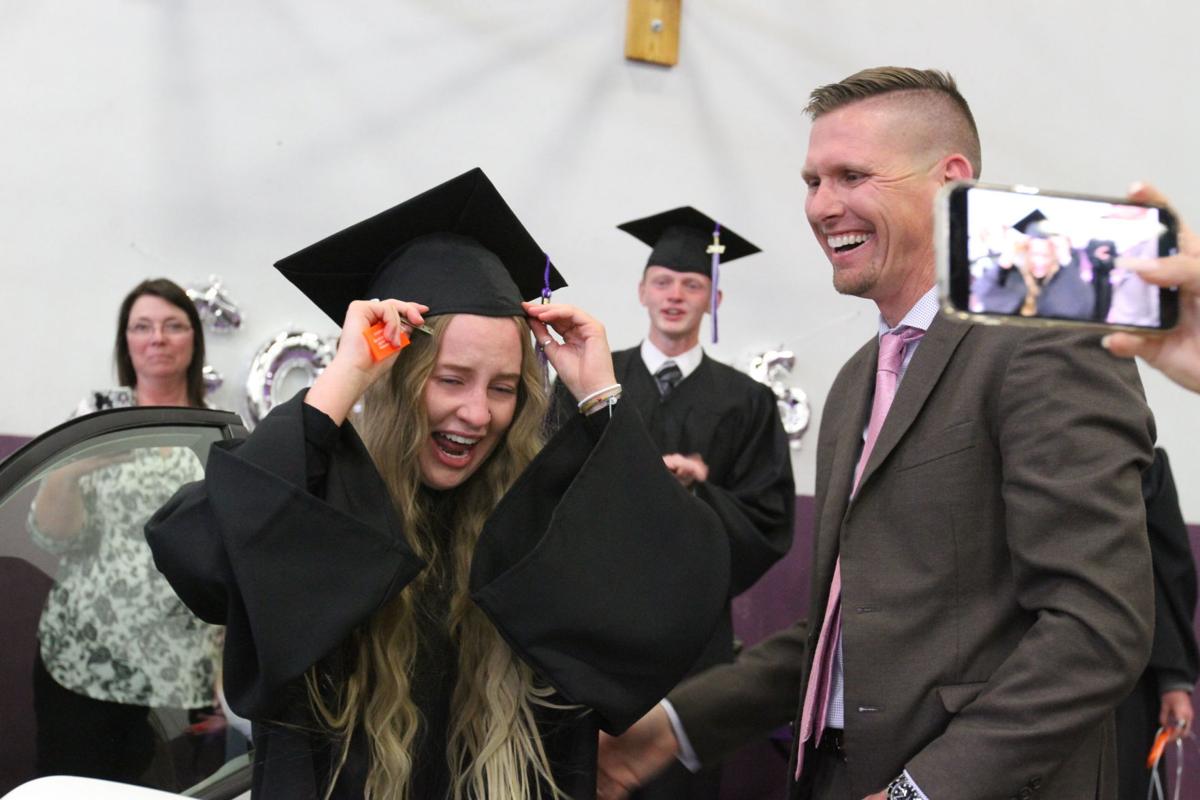 Several schools were invited to a special meeting and these five were the ones who opted to participate.

“We started the new car giveaway several years ago,” said Seth Gaston, Hatch Toyota general manager “To be eligible for the Toyota President’s Award, we needed to involve the dealership in something philanthropic for the community, so Chaz Hatch decided to give away a car to a Show Low senior.”

Each year, Toyota Motor Sales chooses to recognize its best dealerships with the prestigious President’s Award. The President’s Award showcases dealers that excel in all facets of their operations. In order to be eligible, dealers must participate in a charitable act, among other things.

“This community has always been great about giving, so Hatch Toyota decided it was our turn,” Hatch said in a 2019 interview regarding the giveaway.

“This is the most fun and rewarding part of my job,” said Seth Gaston, Hatch Toyota’s general manager. “It feels good to give back, especially to a community that gives so generously. All of the students are deserving.”

Gaston said each giveaway included a brand new Toyota Corolla, sales tax, titling, licensing and all other fees to get it on the road. The cars were varied: one LE Hybrid, one LE, one XSE, one Apex and one SE.

“The student pays nothing. They just get the keys and drive,” he said.

Gaston said when he tells people the car is given away 100-percent free, they are beyond surprised.

Hatch Toyota has contributed hundreds of thousands of dollars worth of shiny new Toyotas over the years.

When asked about the value, Gaston was elusive, saying, “It truly isn’t about the money. It is about giving something good to the community and about giving these students something exciting to strive for.”

“The eligibility criteria is determined by each individual high school,” said Gaston.

Blue Ridge was given 50 laser-cut keys to disperse to those who achieved a 3.5 GPA and attended the senior class lock in. Forty students attended and Cheyenne Higgins drew the winning key.

Sequoia Village had a small graduating class and opted to give every graduate a single chance with other opportunities to earn entries throughout the year. In the end, five students had keys and Jade Walker won the car.

Show Low decided to go with the top 10%, which turned out to be 17 keys. The graduates formed a circle, pulled out a key and then rotated them around the circle. Mattea Anderson was the car winner.

Snowflake chose to go with a point system for all seniors, which encompassed both academics and sports. They began with 20 keys and Seth Uchytil won the prize.

St. Johns handed out 13 keys to the top 20% of their graduates, who lined up, keys in hand to try their chance on the auditorium stage. Kameryn Greer was in complete disbelief as she turned the winning key.

“One thing I found fascinating was the sheer fact that out of all those keys and all those students, four were female and Seth was the only guy,” Said Gaston. “What an experience it is — so stressful and fulfilling to cut, organize and keep all those keys under my watch until it is all over.

“One thing I wish all the students could understand is just how much their administrators truly care about them individually and wish for nothing more than their success,” said Gaston. “This was much bigger than just Hatch Toyota — this was a successful community project and I am so proud.”