ARIZONA — Unemployment’s stuck at 11 to 15 percent.

Businesses are wondering whether customers will come back.

But, hey, the Northeastern Arizona Workforce System (Arizona Work) has $2.4 million in the budget – and big plans for the future.

Arizona Work offers help for workers to retool and businesses to innovate, but got caught in the midst of an upgrade by the wave of unemployment touched off by the COVID-19 shutdowns. The system operates statewide and the Northeastern Board covers Navajo, Apache and Gila Counties.

This week, the Navajo County Board of Supervisors learned that the NE Board has plenty of money in the budget and ambitious plans to convert an old school building into a Show Low jobs center sometime next year. The new center will offer one-stop assistance for the unemployed, connecting them to benefits to tide them over and job training to get them restarted. Moreover, the center will offer help for people with innovative ideas they seek to turn into a profitable business.

In the meantime, all three counties have been rocked by COVID-19.

People continue to file new unemployment claims each week, although floodwaters have at least started rising more slowly. April unemployment stood at 14 percent in Navajo County, 15 percent in Apache County and 11 percent in Gila County. The rate has roughly tripled in all three counties since the onset of COVID-19.

Even before the pandemic hit, Apache and Navajo Counties had unemployment rates far above the statewide average and fresh challenges due to the shutdown of coal-fired power plants and mining operations as well as the traditionally high unemployment rates on the Navajo and Apache reservations. 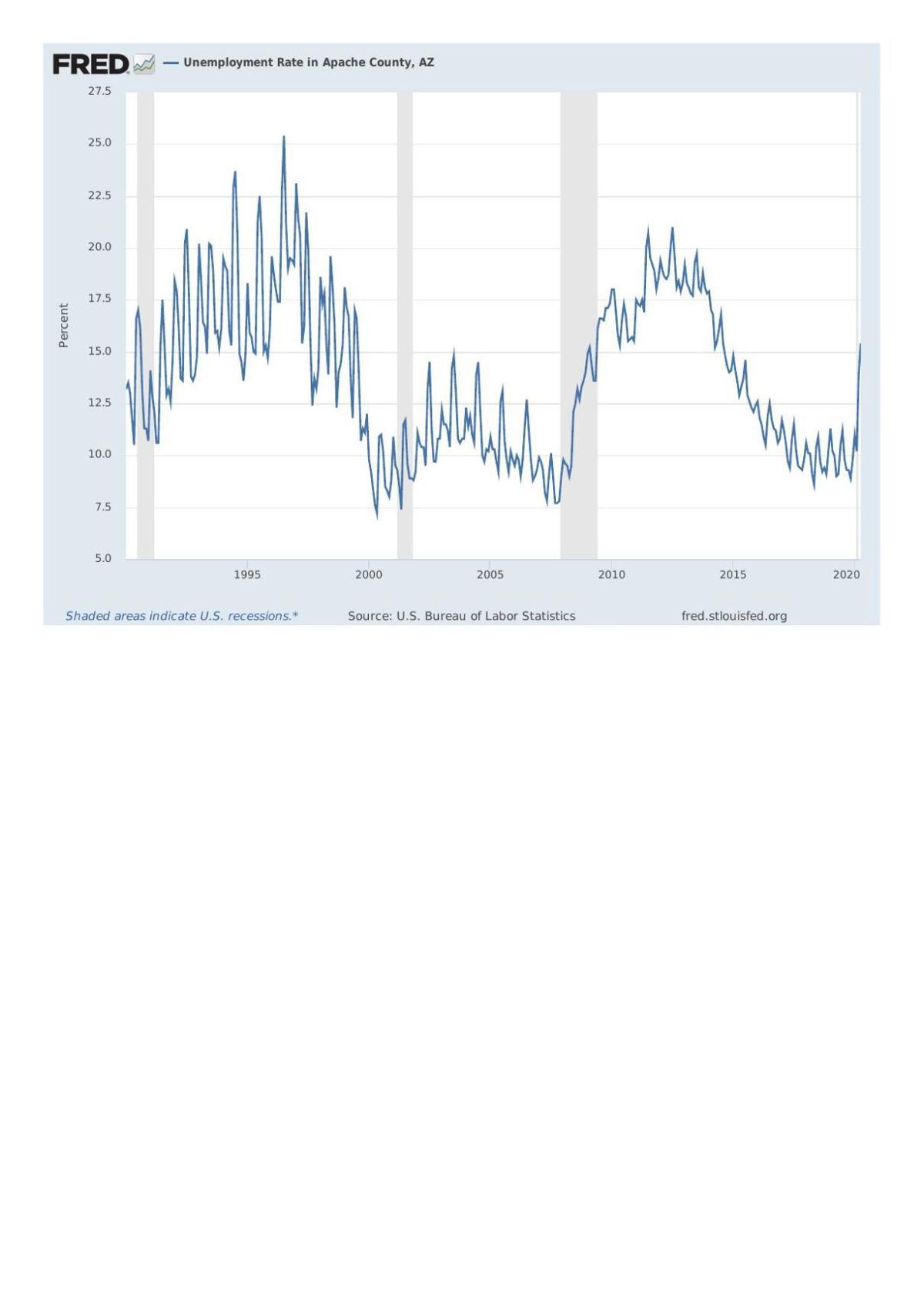 However, the Department of Economic Security also reports that Arizona added 43,000 people to the workforce during that week as businesses reopen – a hopeful sign for the future.

Roughly 22,000 additional people have filed for benefits each week since March, compared to filings of about 4,000 per week prior to the shutdowns and about a record of 11,000 for the week of July 4, 2009 during the Great Recession. 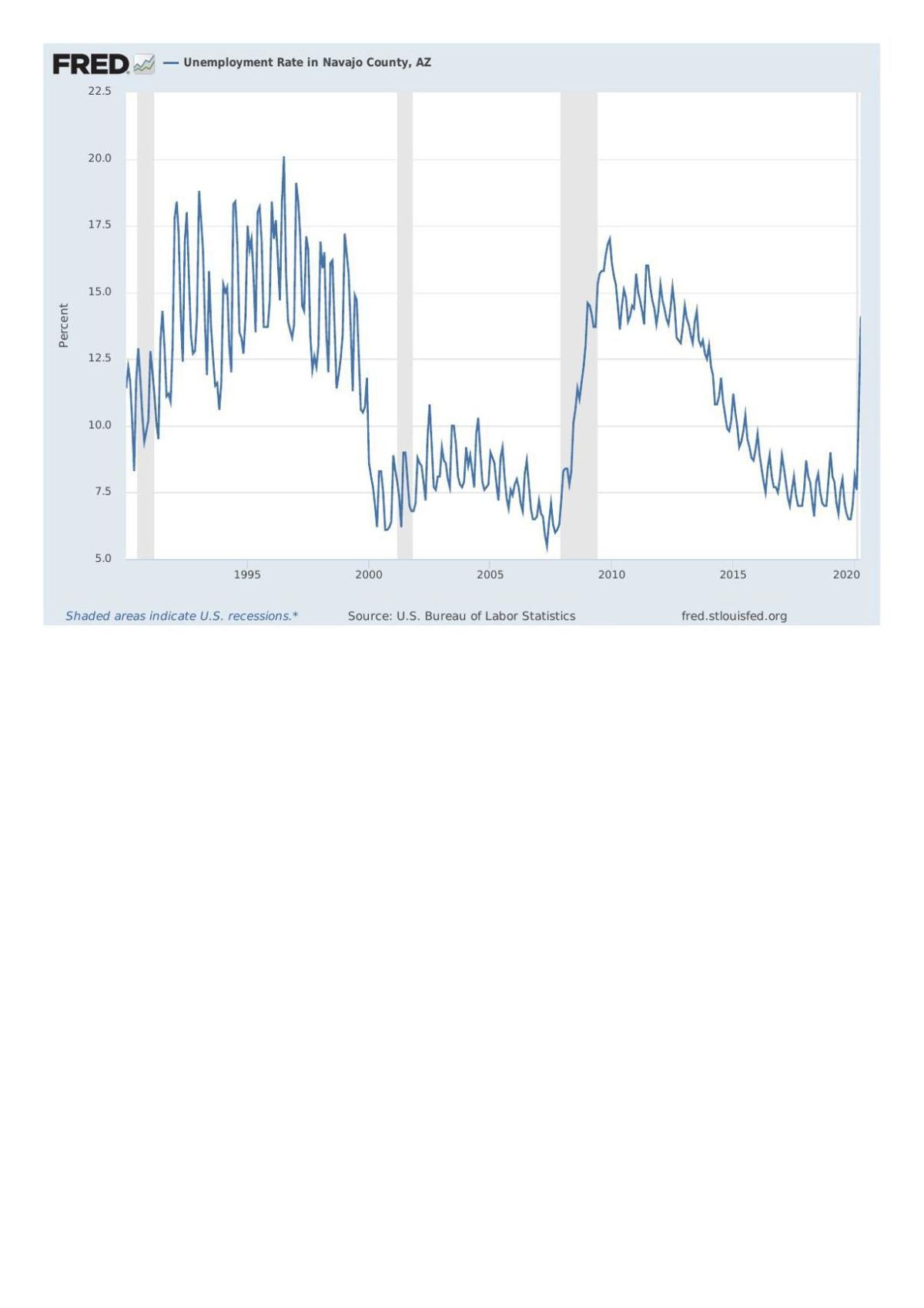 In addition, the state got a flood of applications for a federal program to pay benefits to part time and self-employed workers affected by the shutdowns. Those workers didn’t qualify for the state’s normal $240-a-week maximum benefit, but did qualify for the CARES Act enhanced benefit of $600 a week. However, the applications crashed the state’s creaky computer system, prompting an initial denial of most of those claims. The state has hired an outside contractor to handle the special claims and many people have still not gotten paid weeks after their application.

All told, the state has started paying about half of the 631,000 claims it received from March 8 to June 22. Many frustrated workers have found themselves in serous financial trouble during the long wait for benefits – especially the self-employed and part-time workers covered by the CARES Act expansion. 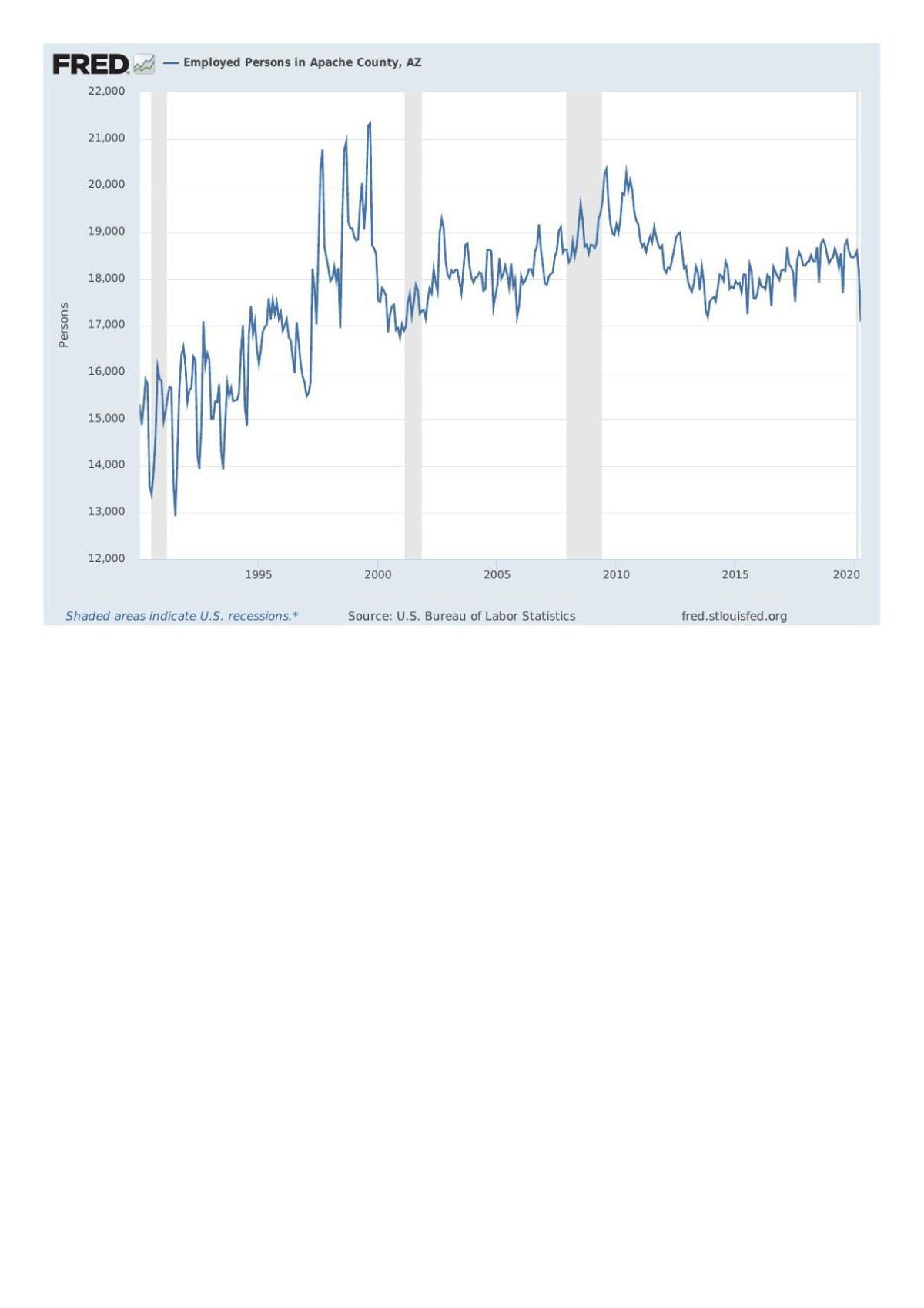 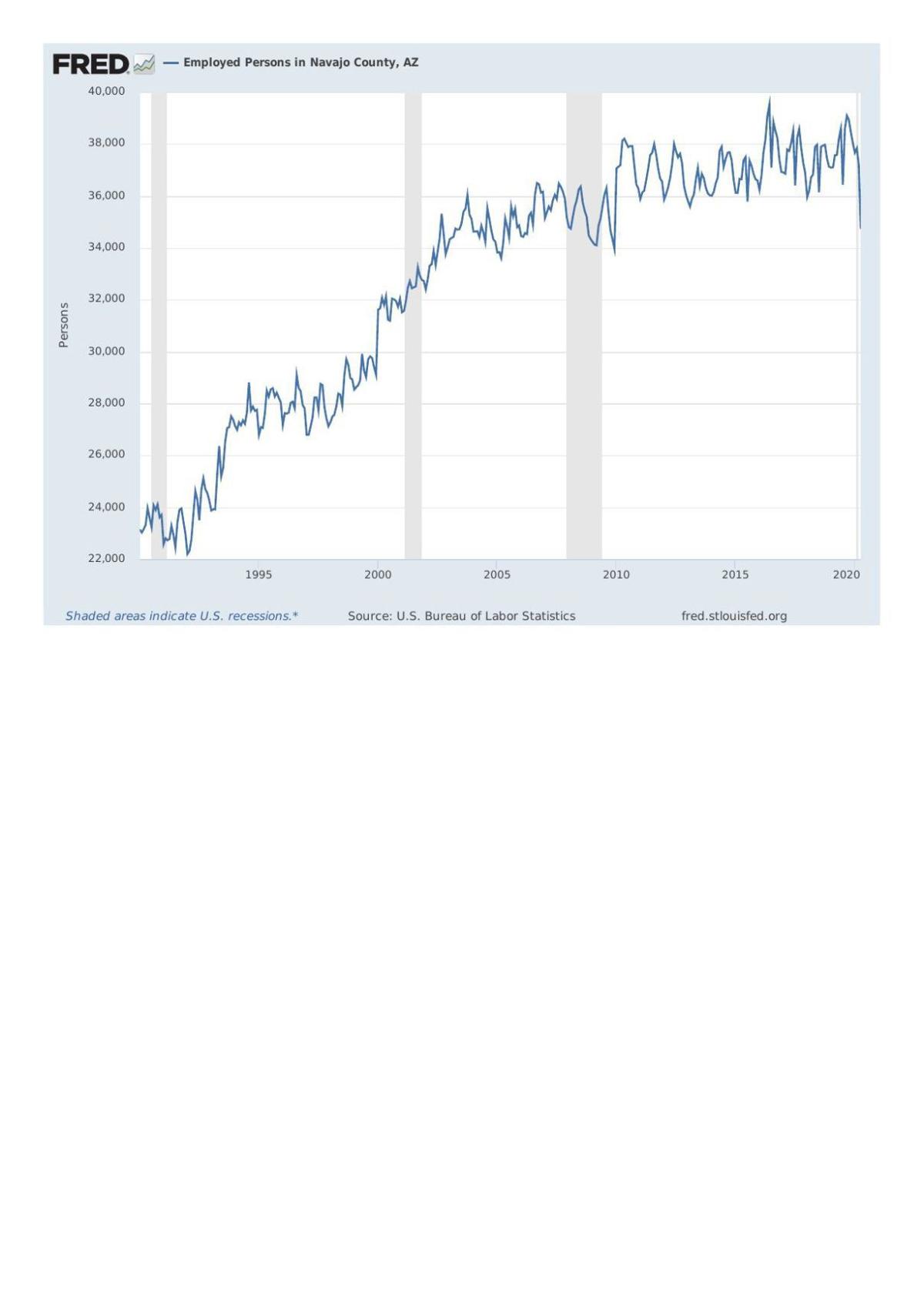 Currently, Arizona Work manages four work and business centers in the region, including outlets in Payson, Winslow, Show Low and Springerville. Those centers work with businesses to get started or expand and with workers to get new training.

The network gets money from the state and federal governments based on both the jobless rate and poverty rate. Navajo and Apache counties have among the highest unemployment and poverty rates in the state.

The agency also wants to divide the three-county region into five “hubs,” based on population centers and dramatically improve the quality of the workforce data it gathers. A pilot program launching in August will test a $200,000 upgrade in the data-gathering system. The goal is to help jobless workers connect to employers and training, filling in the shortages in key job categories.

“The whole point of this is to help people move up from the situation they’re in when they enter a job center to the position they’re in when they leave,” said Stephanie Ray. “We have $2.4 million in program funds and $230,000 in administrative funds. Some programs got a 40 percent increase,” due to the figures on poverty and unemployment for the region.

Arizona Work is also focusing on training for entrepreneurs and business owners, including a chance to win seed money for someone with a great idea.

Ironically, the abrupt shift during the pandemic to working at home and online marketing may have jumpstarted some of those ideas. Navajo County economic development officials have also seen the glimmer of an opportunity in the national experiment in online marketing and work-at-home policies. They have argued that improving the speed and reliability of broadband throughout the region could lure many businesses and self-employed workers into setting up shop in rural areas. They can work online for major corporations, while still enjoying a low-cost, outdoors, uncrowded lifestyle.

“We’re working on entrepreneurship training and support. We really want to focus on E-commerce training. There’s a big opportunity here with businesses that suffered because they had to shut down their brick and mortar operations,” said Ray.

The Show Low “empowerment” center will showcase the more comprehensive approach. The center in a converted elementary school that also served as a courts building, will offer one-stop assistance for people seeking to retool. Arizona Work has already set aside $800,000 for the conversion, about half the money needed. The plan calls for the center to open in the Summer of 2021.

The center will include the Moonshoot Entrepreneur Resource, which will provide seed money for innovative ideas. It will also include onsite job training for technology, distance learning programs for apprenticeships. Once better data on employer needs starts to flow in, the center will help job-seekers target the businesses with the greatest need for workers.

People can also connect to services to get them through while they retool, including on-site child care, after-school programs, SNAP benefits, parenting workshops and nutrition, health and dental screenings.