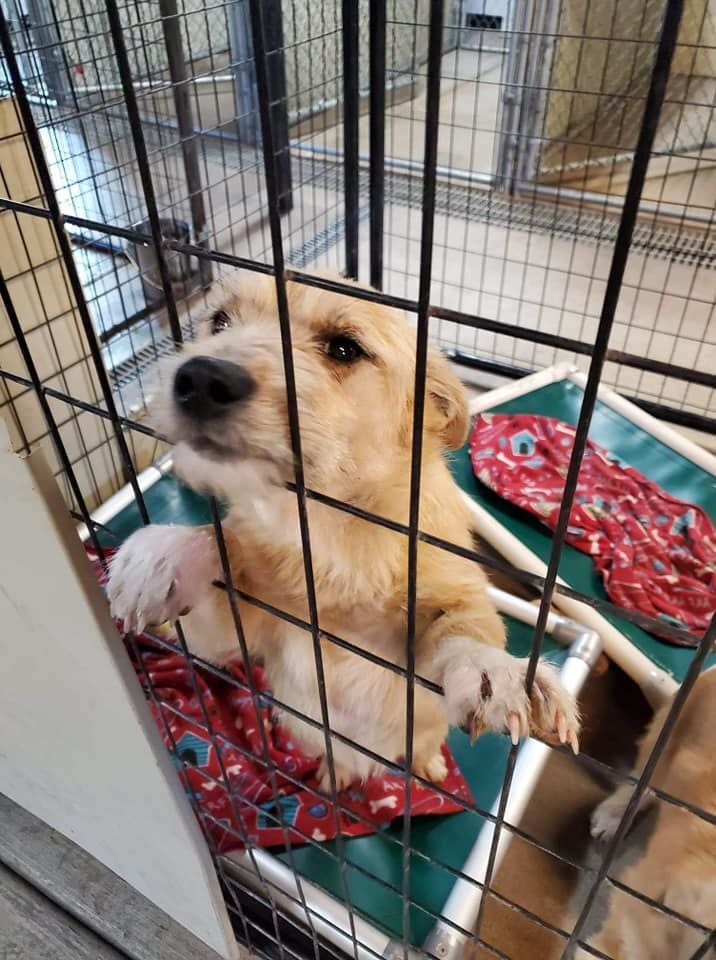 Hoping for a furever home, animals at HSWM are taken in and cared for due to local funding from the White Mountain community. It takes $1,818 per day to provide all the services HSWM offers. 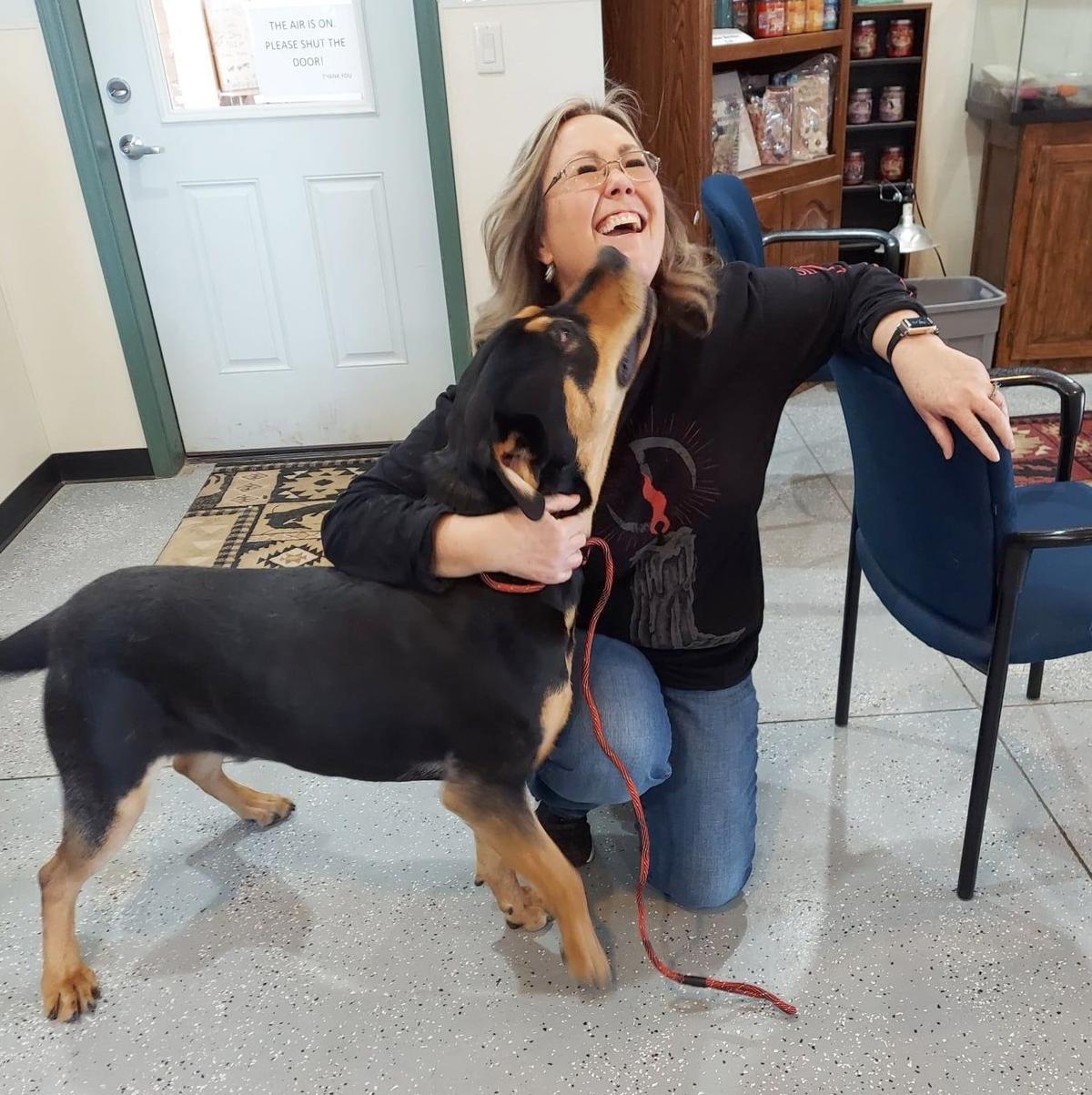 Seeing that happy adoption moment makes whatever care Humane Society of the White Mountains has given to an animal all worthwhile. HSWM depends on local donations to operate and are in hopes that they will be one of your donation choices on April 6.

Hoping for a furever home, animals at HSWM are taken in and cared for due to local funding from the White Mountain community. It takes $1,818 per day to provide all the services HSWM offers.

Seeing that happy adoption moment makes whatever care Humane Society of the White Mountains has given to an animal all worthwhile. HSWM depends on local donations to operate and are in hopes that they will be one of your donation choices on April 6.

PINETOP-LAKESIDE — No doubt this last year everyone had to do some adjusting to their budgets — business and personal.

Non-profits really took a hit because they not only had to cancel their fundraising events due to the pandemic, but when donors struggle, gifts to non profits are often eliminated or curtailed. One entity that cannot close their doors is the Humane Society of the White Mountains (HSWM). They must remain open to accept strays, homeless and sick and injured animals, and it takes a Mountain to do that.

Last year 1,077 animals came to the shelter. The average intake is normally around 100 per month. HSWM was able to live release 94% of those as adoptions and the rest to other rescues or foster homes. They also re-united 168 dogs and 5 cats with their owners. Anyone who has lost a pet knows the value of that service.

Currently there are 143 animals at the shelter — a little below average because some people have been using Facebook to re-home their animals. January and February there were 104 adoptions which included the cats adopted out through Petsense in Show Low.

It costs $1,818 a day, every day of the year, to keep the shelter open and the cost of food, medical/supply and transport costs have steadily kept rising. They have 11 employees and are still one short, and have a host of volunteers to handle the entire operation of the shelter. COVID-19 has caused the number of volunteers to decrease.

HSWM has three sources of income: Happy Tails, the annual August event at Charlie Clark’s which is their main source of income; the Dog House Thrift Store, their second source and Arizona Gives, their third.

Happy Tails was canceled last year and though they did a couple of online auctions, they did not come close to the dollars they are able to raise at the live event. They are confident at this time that they will be able to hold Happy Tails on Aug. 28 at Charlie Clark’s this year. The Dog House Thrift Store had to remain closed for a period due to COVID and when they did open, the flow of traffic was not equal to normal times.

Tuesday, April 6 is “GivingTuesday.” Although this is a special one day gives day, a person can donate all year long. In the past this stream of income has not only been a great source of funding for the shelter but has made them eligible for three prize categories which are based on the dollars raised between March 16 through April 6.

Beginning March 16 this year, HSWM began sending out emails and posting stories about shelter animals on Facebook each Tuesday and Friday, alerting subscribers and friends to donate early to help them be eligible for the prizes. The notifications had a dual purpose in that the stories allowed readers to see how HSWM spends the dollars they receive. There is no waste and the stories validate how they go the extra mile for the animals.

A number of things enabled the shelter to keep the doors open this last year. One was the generous gift of a volunteer who died and left their entire estate to the shelter. Another was applying for and receiving the Paycheck Protection Program loan and subsequently having that loan forgiven. Though they were not able to do adoptions outside the shelter, adoptions did continue.

“We believe there are four parts to every animal — body, mind, soul and heart. The physical, we can see what we need to do to help them, but the soul and heart takes months and months of love, but we do not give up on them. We do not know their stories. Sometimes we can be walking an animal and they are doing fine but then a car drives by and they freak out,” said Director Deena Pace.

The April 6 story shared by HSWM on their web and Facebook page and emails deals with a cat brought in by some people who found it. The cat had what looked like an abscess on her neck so they took it to a vet. Unfortunately, they could not afford the cost of the surgery so they brought the cat to HSWM. According to Dr. Tammy Helzer, it was a mass and not an abscess and it was very deep and close to being attached to her vertebrae. The cat, named Waffles, is on antibiotics and pain medication as they await the results of the biopsy. They are hopeful she can make a full recovery. This is part of what they do for animals.

Pace said the staff and volunteers often carry the pain of animals of what they see with animals home with them. But, there are also rewards — seeing animals adopted or healing from abuse or neglect from the shelter’s never-ending care.

“GivingTuesday” means a lot to the shelter this year. Their budget needs $20,000 from the Arizona Gives program, but they are hopeful they will get $25,000 to help with the rising costs or unplanned expenses. An anonymous donor has stepped up and agreed to match the first $5,000 in donations.

There are many charities on the Mountain and HSWM is hoping they are one of your choices. Should they be, you can donate at AZgives.org/HSWM.

More information on the many services offered by HSWM can be found at www.hswm.com.

An anonymous donor has stepped up and agreed to match the first $ 5,000 in donations for HSWM this 'Giving Tuesday,' April 6. Donations are accepted until midnight.