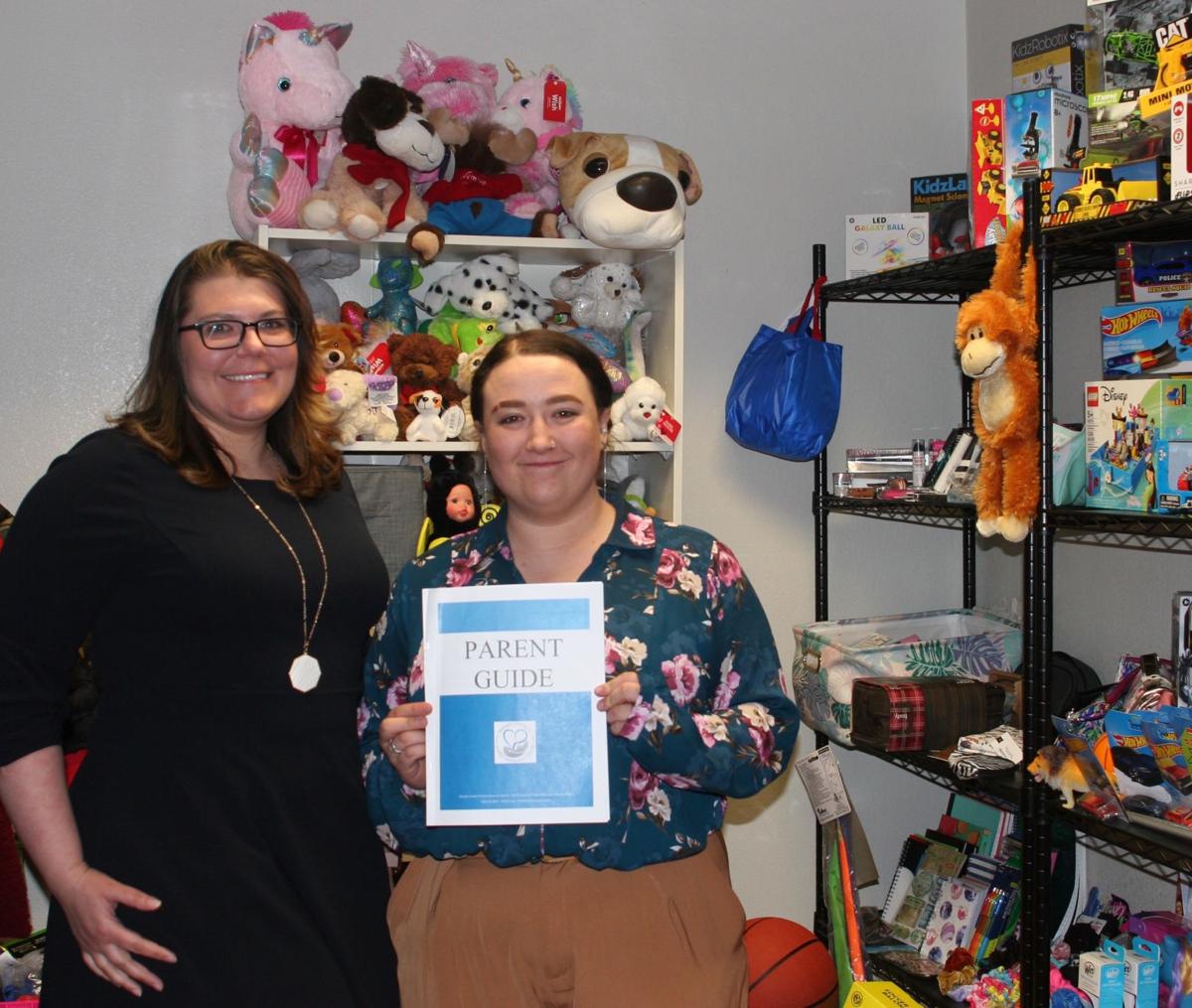 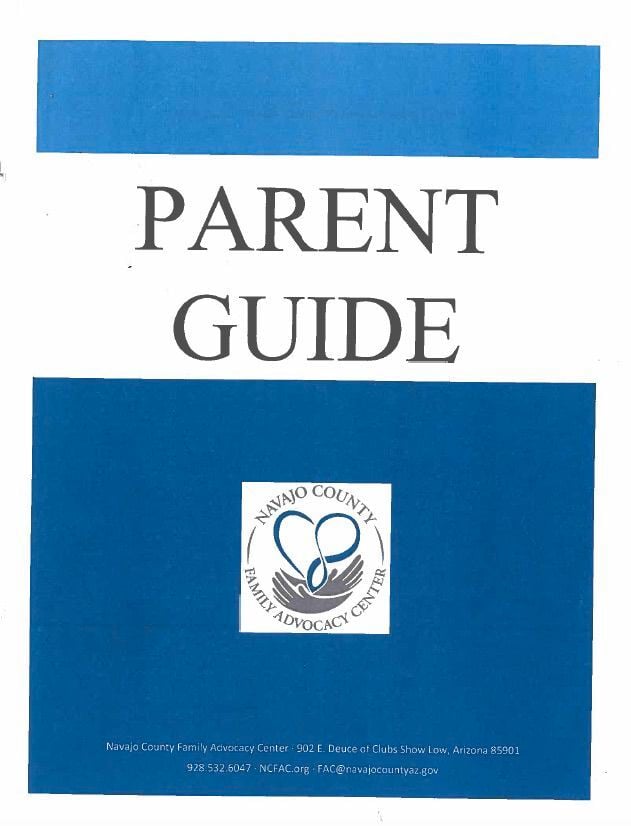 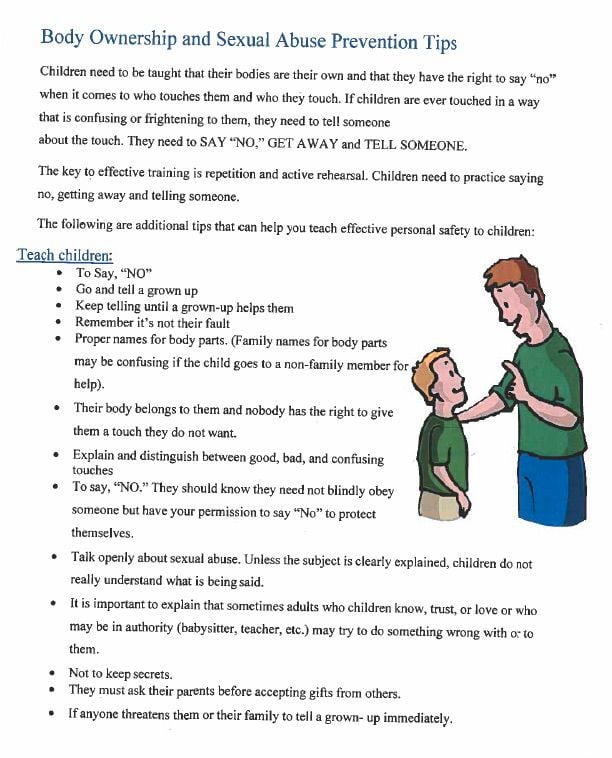 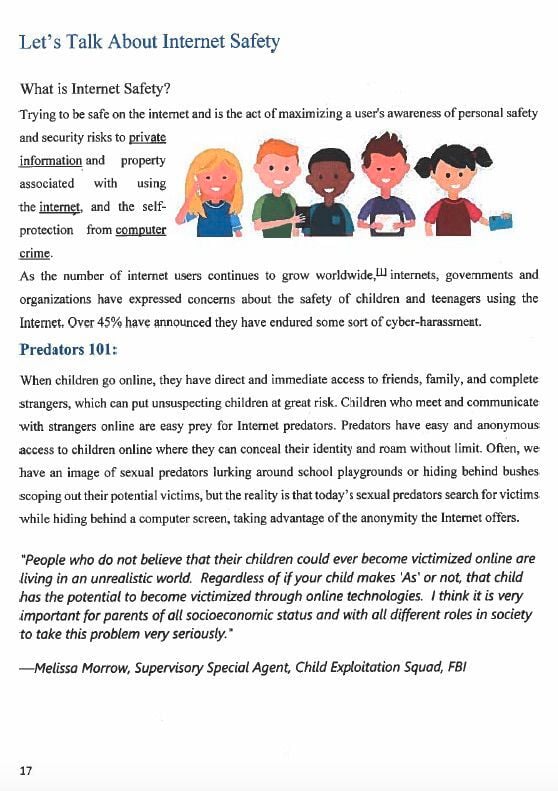 Although April is coming to a close, the need for child abuse prevention is year-round.

Over the last 10 years, an increase of cases involving juvenile-on-juvenile (child-on-child) sexual behavior has changed the prevention strategy for agencies like the Navajo County Family Advocacy Center (FAC) in Show Low.

The internet and hand-held devices such as cell phones, tablets, lap top computers, iPods have made sexual content easier to find and easier to stumble across — especially for children.

“Juvenile-on-juvenile cases seen at the FAC in 2020 was 25%, or a quarter of the cases,” says Family Advocacy Center Director of Development Nicole Kester. “As a whole 95% of the victims seen at our center knew and trusted their offender.”

“In juvenile-on- juvenile sexual acts or inappropriate behavior, the children are generally the same age or within two years of each other,” says Kester. “They are peers and the behaviors are peer to peer.”

Today’s younger generation(s) takes everything several steps further than their parents or grandparents did.

“When we were kids, there was ‘let’s play doctor’ or ‘show me yours and I’ll show you mine’ which was pretty common and normal, says Kester. “Now the juveniles act out what they are seeing instead of just show and tell.”

The dark side of the internet

“In a lot of cases that we see in the FAC, there is some type of internet involvement,” said Kester in an interview with the Independent. “Facebook Messenger, Instagram, chat rooms, games, TikTok are platforms where children access sexual content and where child abuse predators hide.”

“Juveniles see everything on TV, in their games, on the internet and they are acting out those behaviors.”

Kester and Wisner said that juveniles think it’s normal and many parents aren’t having those conversations about what is normal or they ignore the subject completely. And there are parents who teach that everything having to do with sex and the body is bad.

“There are always predators online,” say Kester and Wisner. “On an everyday basis technology is extremely useful for work, connecting with old friends, catching up with new friends – and for education and entertainment too.”

But the other side of technology that parents aren’t always aware of is the dark side — the side that parents may not think their children are being exposed to.

Gradually exposing young children to more and more sexual content is a way of desensitizing them so that the predators will be able to manipulate children and teenagers easier as they age explained Kester and Wisner.

“Computer or console video games have game chat rooms now that watch for children and pretend to be their same age,” says Kester.

If adults can do it, think of how easily it is for a child to access something unintentionally.

Kester and Wisner say they don’t want to fear monger and they don’t want parents to be overprotective but they want people to understand the risks of allowing children unmonitored access to electronic devices.

The FAC is well-versed in the tools that can help parents control and monitor inappropriate or explicit content.

“There may be innocence you see in something on a regular basis such as technology but there is darkness hidden within that light,” says Kestner and Wisner.

An application called Bark is something parents can put on electronic devices at home to help them block or conceal sexual, violent or other explicit content including suicidal ideation. Both Kestner and Wisner have used the app and can testify to its effectiveness and ease of use.

Navajo County FAC also offers free family and parent guides to help them navigate internet and device safety. They also have up-to-date and well-researched and proven resources to help parents talk to their children about body safety.

Instead of talking to juveniles about the birds and the bees or human sexuality in general the FAC teaches parents how to talk about body safety. This means discriminating between “safe” and “unsafe” touching rather than “good” and “bad” touching.

“It removes guilt from the child and keeps them from making a moral distinction about what is and is not appropriate,” says Kestner.

Parents can also teach the difference between healthy and unhealthy secrets. For example, a surprise party may be okay but “secret touching” is not okay.

“It’s not sex education; it’s body safety and prevention,” says Wisner. “Knowing what to call your body, what parts you have, what parts others have is important.”

Parents and guardians can teach body safety within the boundaries of their own belief system says the FAC. There are ways to prevent children from being taken advantage of and from them taking advantage of someone else because of curiosity or pressure by someone else.

Kester and Wisner stress the importance of having conversations with your children at any age that “open the door from a place of non- judgment and non-anger to help them feel more confident in being able to talk to you.”

More about the FAC

The FAC serves an important role in the community by helping children and families who are victims of abuse, neglect, domestic violence and sexual assault during an investigation of such crimes against children.

"Predators have easy and anonymous access to children online where they can conceal their identity and roam without limit."

“In juvenile-on- juvenile sexual acts or inappropriate behavior, the children are generally the same age or within two years of each other. They are peers and the behaviors are peer to peer.”

“What’s going on now including the accessibility to pornographic material is exacerbating juvenile-on-juvenile sexual behavior."

Instead of talking to juveniles about the birds and the bees or human sexuality in general the FAC teaches parents how to talk about body safety. This means discriminating between “safe” and “unsafe” touching rather than “good” and “bad” touching. “It removes guilt from the child and keeps them from making a moral distinction about what is and is not appropriate.

The Family Advocacy Center offers free family and parent guides to help them navigate internet and device safety. They also have up-to-date and well-researched and proven resources to help parents talk to their children about body safety.