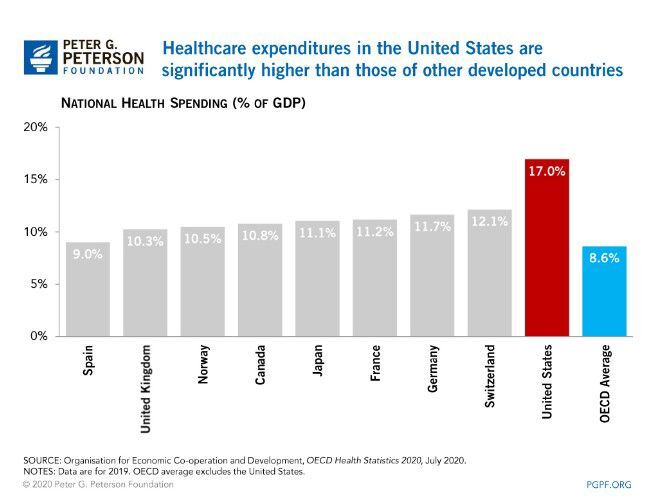 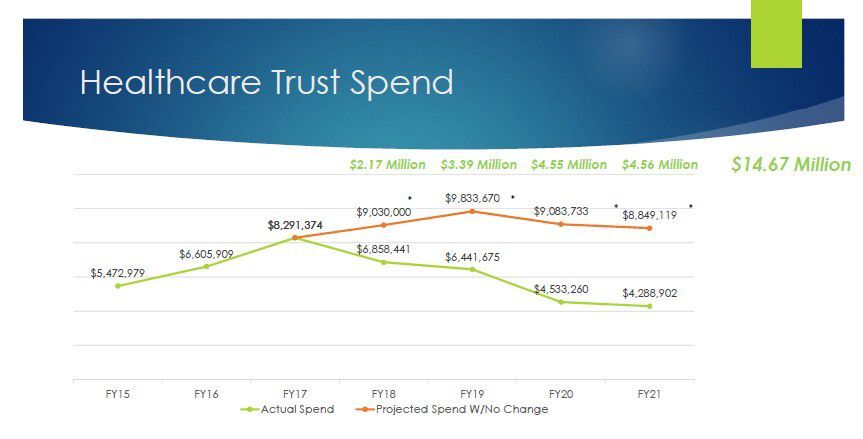 That’s the surprising discovery that emerged from a review of the chain of improvements Navajo County has made in its employee health plan over the past few years.

The county has extended free annual physicals to spouses of employees, hired a consultant to ensure employees with complicated conditions get hooked up to top-notch doctors, paid people extra for doing things like exercising, added free insurance for medical helicopter rides and offered extra care for people with conditions like diabetes.

But here’s the thing: Navajo County figures the cascade of added benefits has effectively cut the cost of the coverage almost in half — saving the county at least $4 million in claims annually.

“We’ve seen no increase in employee costs since January of 2017 — rates have been flat for five years,” administrator Eric Scott told the county board of supervisors last week. “It’s been amazing to see this happen – we’ve made decisions a little out of the box and seen the payoff.”

So how’s that possible?

In fact, it reflects an effort to cope with the world’s most expensive medical system — which heaps financial rewards on treating sick people but scimps on keeping people well.

Partly, that reflects the much higher cost of procedures in the US — like MRI’s, heart surgery, hospitalization and a host of treatments. But the US also spends four times as much on administration for its decentralized, mostly private system — roughly $940 per person. Much of that goes to insurance companies trying to reduce utilization — often by denying claims, squeezing benefits or heaping on big copayments and deductibles.

Despite the lavish spending on healthcare in the US, we remain the only industrialized country without universal health insurance – with roughly 10% to 20% uncovered for at least some portion of the year. Moreover, we remain mediocre when it comes to health outcomes as measured by life expectancy, management of chronic conditions like diabetes, childhood vaccinations, public health infrastructure and even heart attacks. When it comes to infant mortality and pregnancy care, we’re among the worst among industrialized countries.

So how did Navajo County buck the trend — saving money by providing more employee-oriented services?

The years-long effort started with the decision to hire a consultant to analyze the spending patterns in the system and then suggest ways to save money without harming the health of the county’s roughly 500 workers. The health plan covers 874 people, including 418 employees and their families. On average, each worker has two dependents covered by the plan. Employees pay about 21% of the cost of the healthcare, with Navajo County picking up the rest.

The analysis showed some surprising trends.

This discovery led to a decision to offer free annual exams and other added preventative services for spouses and children — instead of just the employee.

Several years later — the results seem clear. The cost per worker rose a modest 13% to about $363 per month. That’s actually lower than the underlying cost of medical inflation during the same period. But the cost to the plan to cover claims by the spouses dropped by 24% to $805 per month and the cost per child dropped 25% to $89 per month.

Gee: preventative care works. Who would have guessed?

The rigorous data analysis revealed some other intriguing findings. For instance, the cost of medical claims over three years dropped by 12% — likely as a result of preventative care, more careful claims management and other changes. However, the cost of the plan’s drug benefits rose by 6%, for reasons the consultants are continuing to study.

The data analysis also revealed a sharp rise in the cost of treating several chronic conditions – especially diabetes. Claims relating to diabetes rose 27% this year over last year. This prompted the county to contract with Virta Health in 2021, based on a program of treatment, education and lifestyle changes the company has used to sometimes actually reverse Type 2 diabetes.

The county’s also adding a contract with Edison Health to manage complicated, high-cost claims by connecting patients to experts all over the country.

“We’ve all heard stories of people who get misdiagnosed and end up paying a lot of money to take care of something they don’t need to,” said Scott. “One of the things that Edison Health is able to do. When someone gets a medical condition, they can get direct access for a second opinion. That can save a ton of money right off the bat. Once they verify the diagnosis, they get access to the best care in the nation.”

The county has also experimented with paying employees to adopt health habits by putting extra cash into their medical savings accounts.

Scott detailed an array of other innovative changes made in the past several years to reduce costs. Some of those ideas include:

• Providing air ambulance insurance for when people in the plan need an emergency flight to the hospital — often in the Valley. The plan saved the county $330,000 in a single year.

• Paying people to get an annual physical and participate in the county’s quarterly health challenge — designed to get people to eat healthy diets, exercise or make other changes in their lives.

• Introducing a new program to educate people about the importance of their diet and more effectively treat things like heartburn, obesity, stress and other conditions that impact health and diet.

• Contracting with Edison Healthcare to help manage more complex medical conditions. An analysis for a handful of claims suggests that if in use last year, the system could have saved the county $350,000.

“We’re continuing to look forward,” said Scott. “We want to continue to fight for the county as well as employees.”

The supervisors praised the approach.

“It’s a Herculean effort that’s resulted in a cost savings for the county.

“I know we spend a lot of time and effort down in the capital trying to protect ourselves from all the money grabs … but this is a way we’ve found to help ourselves.”

Supervisor Dawnafe Whitesinger commented, “being able to invest in the employees is so important.”

Supervisor Daryl Seymore joked about the high-tech interventions. “You didn’t talk about that secret plan — the aging reversal program that’ll be offered next year. The supervisors are on the pilot program,” he deadpanned.