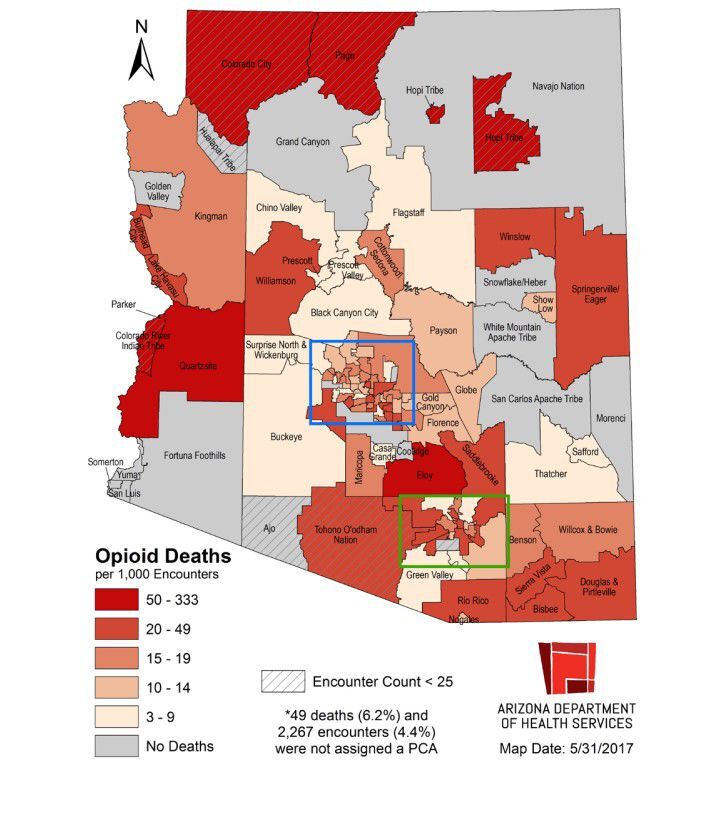 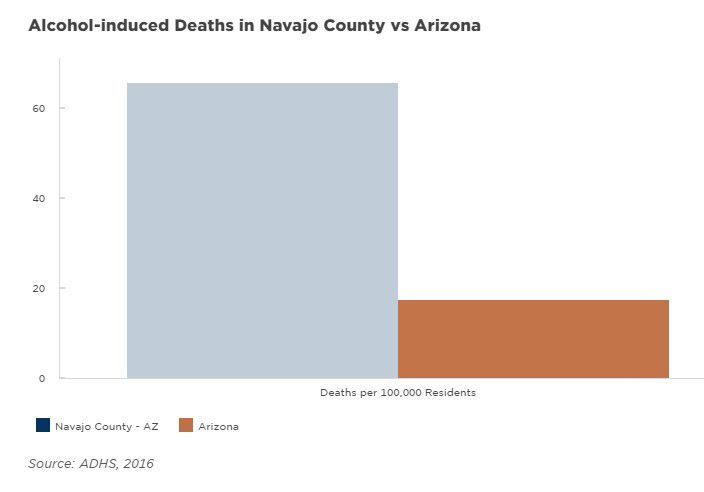 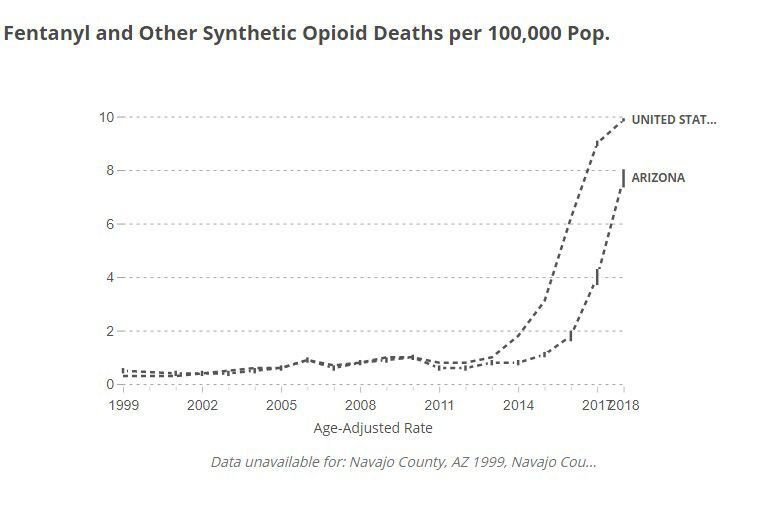 HOLBROOK — Navajo County will continue its effort to understand the plague of drug overdose deaths through an extension of its contract with Arizona State University, the state health department and the federal government.

The board of supervisors at its last meeting approved new contracts to share autopsy data, investigative reports, hospital admissions data and other information as part of a statewide effort to figure out how to reduce soaring drug overdose deaths.

Navajo County’s death rate from both drug and alcohol overdoses has in recent years has remained far above the statewide average, with rates especially high on the reservations.

Navajo County’s drug overdose death rate remains about 30% above the state and national average of 20 per 100,000.

“Substance abuse is a symptom of mental illness, not a lifestyle that people choose. Our community lacks critical mental health care, so many people with mental health issues self-medicate with alcohol and other substances. This pattern, which leads to substance abuse, is preventable with medical treatment,” according to a report on trends by the University of Arizona Health Sciences Research Center. “Navajo County residents are nearly four times more likely to die due to alcohol abuse than the state as a whole. Our residents are also more likely to die from a drug overdose than in the state or nation as a whole. These high rates of substance abuse impact everyone. It is critical to recognize that substance abuse and addiction are NOT limited to our tribal residents. Substance use disorder is experienced across the county regardless of tribal or religious affiliation. That is because substance abuse is a health condition, not a lifestyle or moral choice. It can and should be treated with proper healthcare.

Opiate death rates spiked in 2020 during the pandemic. Preliminary figures put the figure at 93,000 nationally in 2020, up 30% from the previous year.

Even before the pandemic, the use and abuse of opiates was soaring in the country, driven by an increase in the abuse of prescription painkillers – which led to an increase in the illegal use of both heroin and synthetic opiates. Most recently, black market fentanyl has become a huge problem. Often, dealers mix fentanyl with other with street drugs. Fentanyl is 100 times more potent than most other opiates.

Nationally, the death rate from synthetic opioids like fentanyl rose an astonishing 1,100% between 2011 and 2017. Many of those overdose deaths involve mixing multiple drugs. Often, people who buy illegal drugs don’t even know that fentanyl has been added to the mix.

Navajo County reports about five overdose deaths annually, with about 100 hospitalizations for overdoses. Doctors suspect some overdose deaths may be attributed to other causes. Deaths peaked at 15 in 2010 then declined sharply – before leveling out. The improvement probably reflects the widespread use of naloxone – which can quickly reverse the effects of opiates if administered in time.

The plague of overdose deaths has had a big impact on older people, compared to the deaths for heroin that highlighted earlier generations of opiate abuse. In the 10-year period ending in 2017, people older than 45 accounted for 30 deaths

The Navajo County agreement to collect information on drug overdose deaths is part of a national effort to figure out how to stop the public health crisis.