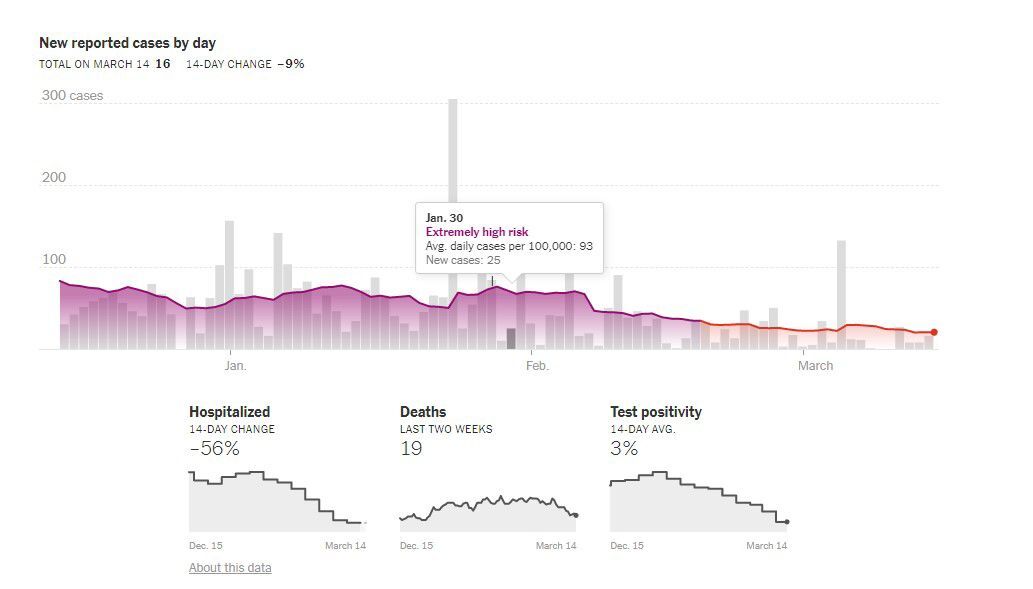 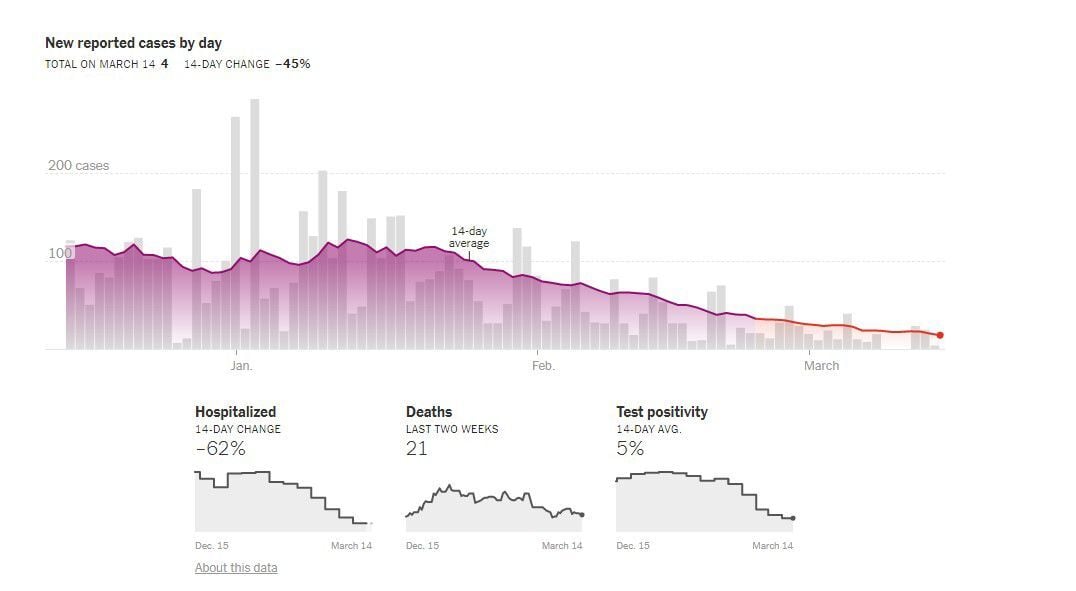 New, more dangerous variants of the COVID-19 virus have come ashore in Arizona, prompting doctors to redouble their efforts to get people vaccinated — and to continue wearing masks in public.

The state health department this week announced the discovery of three cases of the P.1 variant that has plagued Brazil, on top of at least 35 cases caused by the B.1.1.7 variant first detected in England. The US does not consistently screen for the new variants, so the cases detected so far represent the tip of a dangerous iceberg.

Both variants spread 50% to 70% more easily than the normal strain. The P.1 variant also appears somewhat more lethal and better able to evade the protections of the currently approved vaccines, according to the most recent research.

The worrisome news comes as Arizona races to vaccinate its population. Some 22% of the population has had at least one shot, but only 13% of those were fully vaccinated with either one of the two-shot vaccines or the one-shot Johnson and Johnson vaccine.

However, states have also increasingly relaxed masking and social distancing requirements, just as the spread of the new strains has picked up speed. Arizona Gov. Doug Ducey ordered most schools to resume in-person classes this week, although high schools in areas where the virus is widespread can remain in distance learning mode for now. The governor also relaxed capacity limits for high-risk businesses like restaurants, gyms and bars.

Hospitalizations, new cases and deaths have all fallen rapidly in the past month nationally and in Arizona, but not locally. Arizona has reported about 900 cases per day in the past week, a 30% decline from two weeks ago.

The actually infection rate may be four times higher, given the large percentage of infected people who develop few — if any — symptoms.

Unfortunately, the rapid decline in reported cases has led many people — and states — to relax protections.

The federal Centers for Disease Control has warned people to continue practicing social distancing and wearing masks in public until 70 to 90% of the population has either gotten vaccinated or recovered from an infection.

The CDC says that for now people who have been fully vaccinated can get together in small groups without a high risk of infection. However, even people who have had a shot are still urged to wear masks in public or in larger groups. It’s unclear whether someone who has been vaccinated and therefore doesn’t have symptoms can nonetheless have a low-level infection they can pass along to someone who isn’t vaccinated.

Epidemiologists say the spread of the new variants suggests the nation will need to achieve closer to 90% protection from the vaccinations and recovery from infection before we gain the protection of “herd immunity.” At that level, even when someone’s infected — they’re not likely to spread the virus to anyone else and the pandemic should die out.

Unfortunately, roughly 30 % of the public says they don’t think they’ll get vaccinated, even if the shots become universally available. That includes 40% of Republicans — a measure of how politically polarized the battle against the virus has become.

Apache and Navajo counties are still limiting appointments to risk groups and those over 60.

Apache County’s considered “very high risk,” despite a two-week, 9% decline in new cases and a 56% decline in hospitalizations. The county in the past two weeks has reported 19 new deaths, with 3% of the tests coming back positive.

The virus has evolved with surprising speed in the past year, partly because so many people have been infected. If the total number of infections drops with the vaccine, the virus will mutate less rapidly and have a harder time evading the protection of the existing vaccines. Some evidence suggests that vaccines that are 95% effective in preventing an infection by the current, dominant strain may prove only 50% effective against either the P.1 strain from Brazil or a similar South African strain. The current vaccine could reduce the severity of diseases caused by either infection, but that’s still uncertain.

Even if the US meets its goal of having more than 70% of the population vaccinated sometime this summer, much of the rest of the world has barely started on mass vaccinations. This means the virus will remain widespread in Africa, South America and elsewhere until well into next year. This means new, more dangerous strains that the current vaccines can’t fully control will remain an ever-present danger.

A study published in Nature found that the Novavax vaccine provided 90% protection in a clinical trial in England, but only 50% protection in South Africa, where most cases are caused by the B.1.351 strain. The American-made vaccine has not yet been approved for use in the US. Studies have shown that strains that spread more easily can quickly become the dominant strain once they get a foothold.

The finding raises the possibility that the COVID-19 virus may become like the flu virus, which requires a newly formulated shot against the dominant strain every year.

Recent laboratory studies have confirmed some of researcher’s worst fears about the new variants, according to a summary of studies on the website Science Daily.

Columbia University researchers tested the effectiveness of antibodies produced by people who had the Moderna and Pfizer shot against various strains of the virus. The test showed the antibodies produced by the shots were modestly less effective against the English strain, but much less effective against the strains from South Africa, which is very similar to the P.1 strain from Brazil. The findings also suggest that highly effective monoclonal antibody treatments given early in the course of an infection might not work nearly as well against some of the new variants.

Other studies have reported similar findings.

Vaccines produce a host of different antibodies against the viral proteins. The Columbia study tested the efficiency of 18 different antibodies produced by people after they were vaccinated. Some of those antibodies proved unable to neutralize the spike protein from the South African virus. Most proved somewhat less effective. So the vaccines still provide protection against the strains from Brazil or South Africa– but at a much reduced level. The vaccines appear to provide good protection against the English strain.

All of that underscores the need to slow the spread of the virus as quickly as possible – both in the US and in the world.

Fortunately, the US mass vaccination program continues to pick up speed, with billions in additional funding for testing and vaccinations included in the recent, $1.9 American Rescue Act package.

More than 70 million Americans have so far received at least one dose of a vaccine, with 38 million fully vaccinated, according to national tracking data released by the CDC on Monday. Providers are now administering about 2.4 million doses daily, with a record 4.6 million shots on Saturday. The federal government as of Monday had delivered 136 million doses to the states. Arizona’s vaccination rate is running just barely ahead of the national average.

At the current pace, 50% of Americans will have their shots by May 15 and 90% by August 9. That’s the level needed to reach herd immunity despite the spread of the new variants, according to epidemiologists.

However, if 30% of the population refuses to get a shot and the new variants continue to spread, the virus will likely continue to circulate at lower levels indefinitely.

New, More Dangerous Strains and still I see half of the people walking into the Show Low Safeway wearing no masks.

Solution: if you see someone walking around with no mask on and you're concerned that you could be infected with the virus, do not converse with that person.

Truth! Be your own advocate.