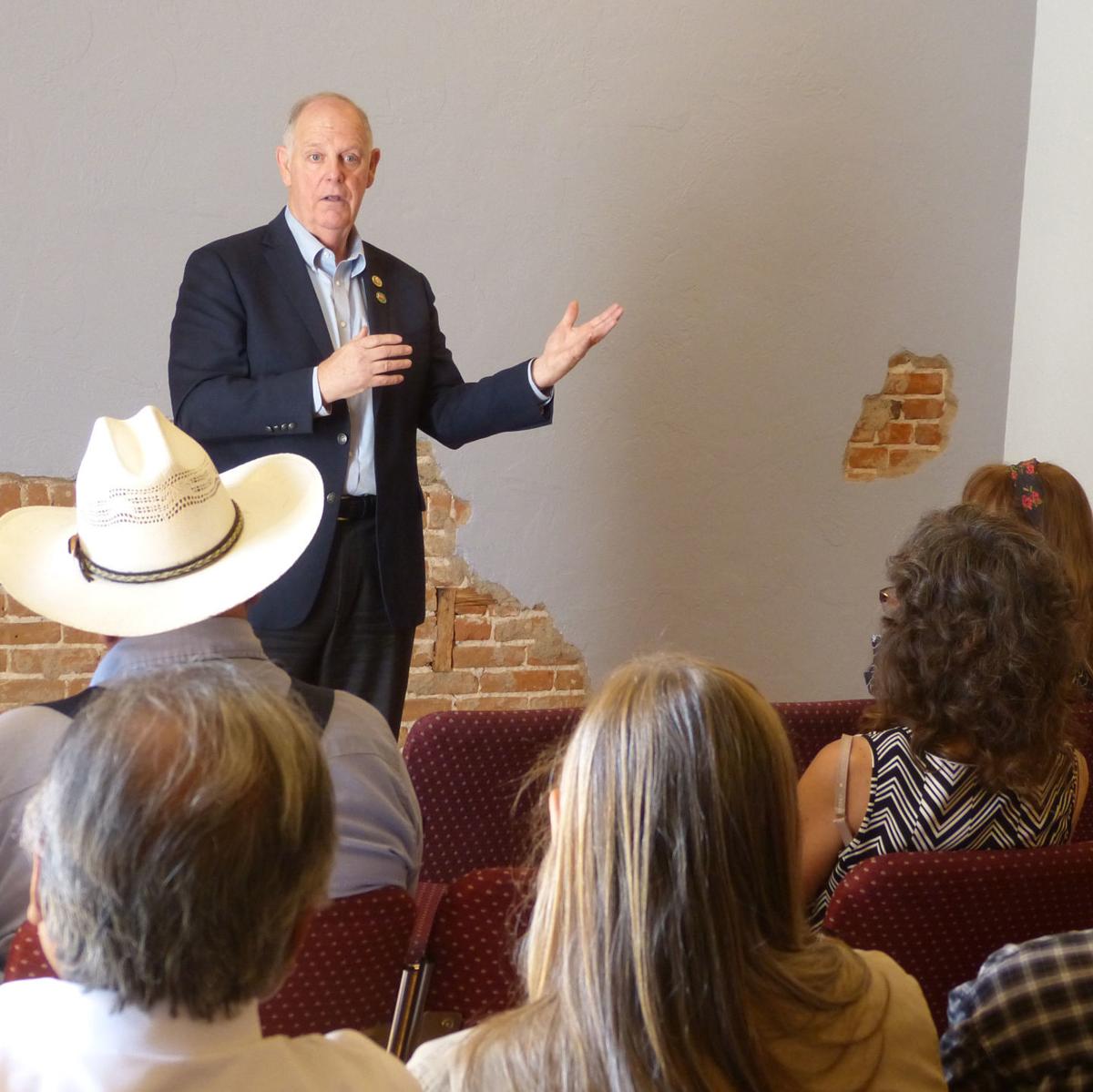 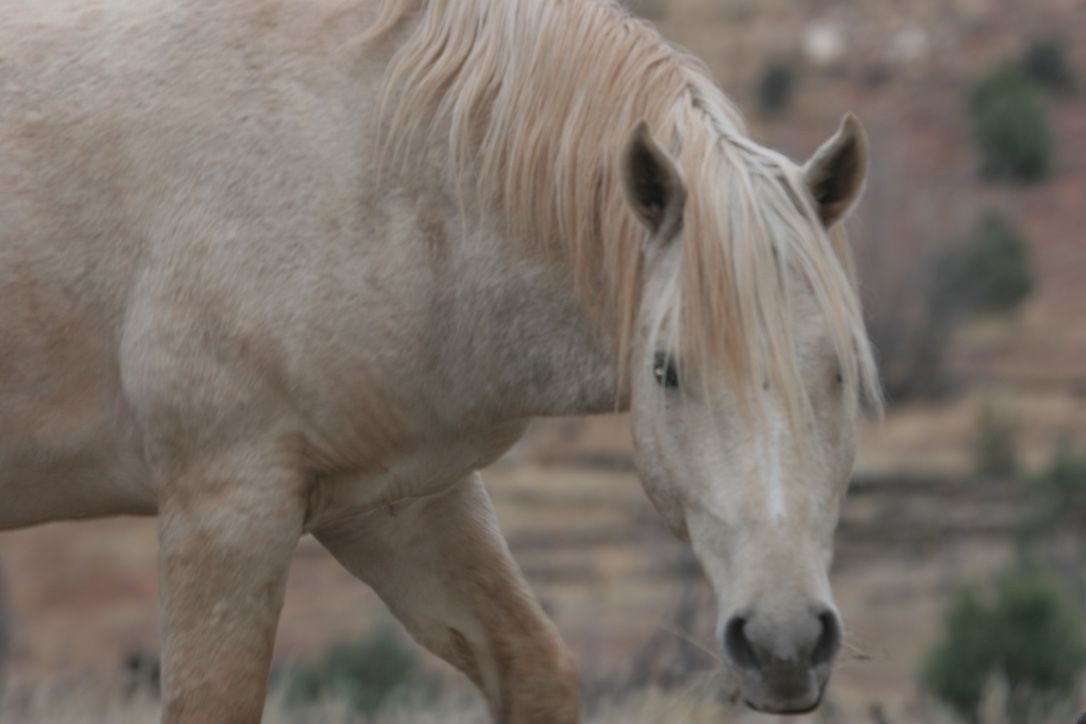 A Heber Wild Horse stallion leads the herd with caution in the Apache-Sitgreaves National Forests. 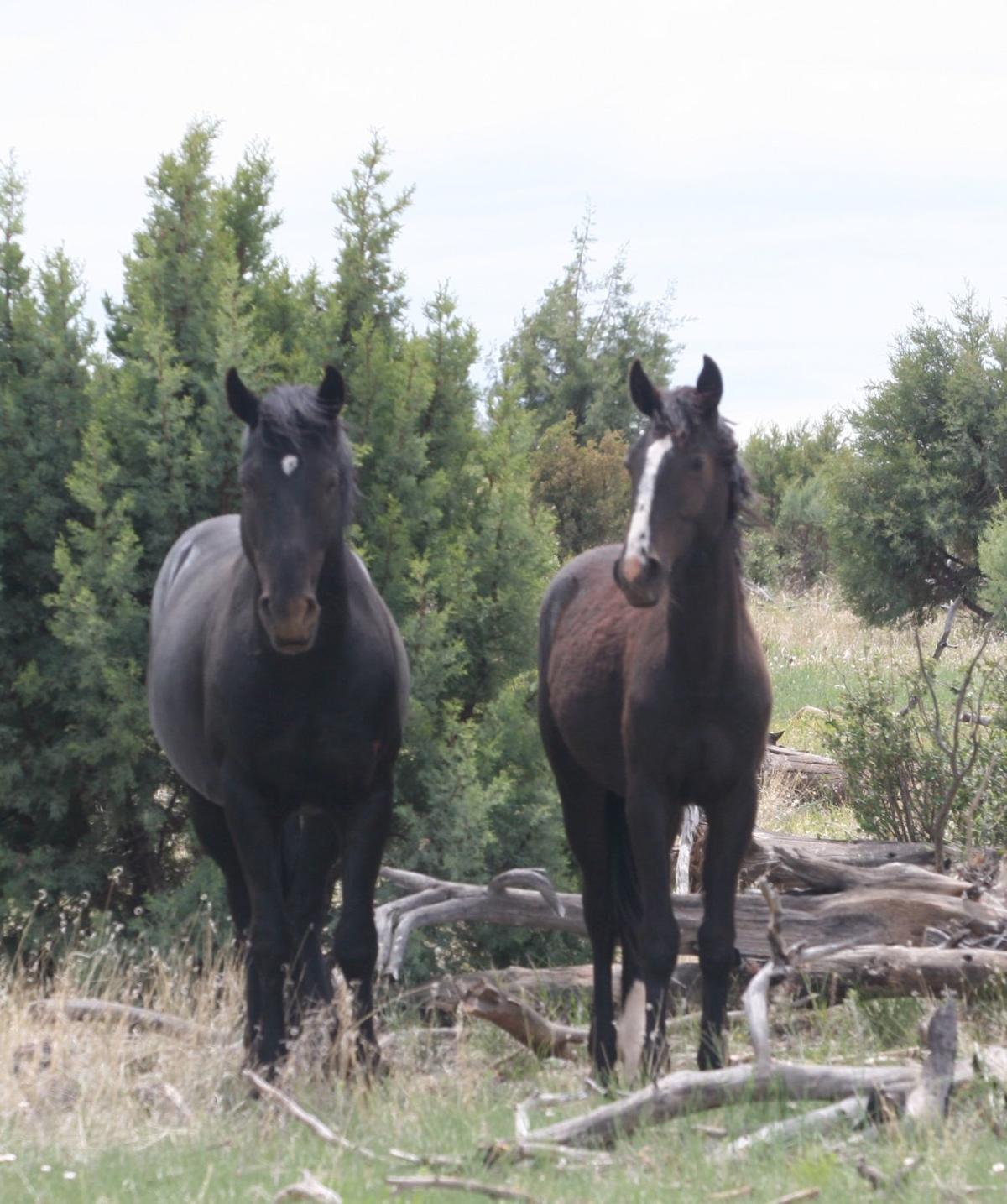 OVERGAARD – There has been no update from the Forest Service regarding the ongoing investigation into the deaths of 11 Heber Wild Horses in the Apache-Sitgreaves National Forests. But horse advocates have not given up in their efforts to hold the Forest Service accountable.

Ten months have gone by with relatively little information about who, or why, some of the Heber Wild Horses were shot. Forest Service representatives confirm the investigation is ongoing.

Of 19 horses found dead between Oct. 2018 — April 26, 2019, 11 horse carcasses showed evidence of gunshot wounds, according to press releases issued by the Forest Service. Six were too severely decomposed to determine the cause of death and one was found to have died of a possible motor vehicle collision.

“At this time, we do not have any additional details on the investigation that we can provide,” said ASNF Supervisor’s Office Information Assistant Steve Johnson in an email to Independent.

However, those that have been boots-on-the-ground since the first dead horses were found in October 2018, will no longer accept the words “ongoing investigation” as reassurance of progress.

The Heber Wild Horses Preservation Alliance, along with Citizens Against Equine Slaughter invited Congressman Tom O’Halleran (Dist. 1), and a representative from Congressman Raul Grijalva’s (Dist. 3) office to travel to Heber-Overgaard to speak with them in person back in June.

Horse advocates want to know who has been shooting wild horses in the forest and what’s being done about it. They have repeatedly asked the Forest Service, the Federal Bureau of Investigation, Navajo County Sheriff’s Office and Congressman Tom O’Halleran for answers.

A handful of folks attended the meeting between the advocacy group and government representatives. Although the Independent was not present during the meeting, a Phoenix TV news outlet report showed O’Halleran listening intently to the request for assistance from those who perceive the Forest Service’s approach as a lack of concern and outright dismissal of the horse shootings.

“Why are they not protecting the wild horses that they were mandated to protect?” asked area resident and Heber Wild Horses advocate Robin Crawford during the meeting with O’Halleran and Grijalva’s staff.

O’Halleran has been receptive to the group and in February he sent a letter to US Forest Service Washington D.C. Chief Vicki Christiansen.

“I urge you to ensure a robust investigation is completed expeditiously, and that USFS communicates with affected stakeholders across the community,” the letter stated.

Four months after the February letter, the Heber Wild Horses group reached out to O’Halleran again, asking for the in-person meeting because there is still no update, no arrest and no charges filed in the horse killings.

“There’s an apparent lack of transparency and cooperation, I think. And, we’re going to address those issues,” promised O’Halleran during the June meeting in the White Mountains.

The Independent shared the congressman’s statement with Forest Service representatives and asked for a response, in addition to an update on the investigation. Information Assistant Steve Johnson, on behalf of the Apache-Sitgreaves National Forests Supervisor’s Office, responded promptly.

“In response to the horse deaths, the Apache-Sitgreaves National Forests (ASNFs) published numerous news releases; provided interviews for local, state and national media outlets; and produced an editorial from ASNFs Forest Supervisor Steve Best that detailed our law enforcement response and investigative process,” he added. The editorial was published in the Independent on May 10.

To follow up on the meeting in Overgaard, the Independent reached out to O’Halleran’s office for comment.

“Our congressional district is one of the largest in the nation, and the issues facing our communities are diverse. I take all of these issues seriously, so it was important to me that I visit Heber-Overgaard to hear directly from people about the killing of these horses,” responded O’Halleran.

“It is clear through these conversations that the public would like more transparency from the National Forest Service and other relevant enforcement agencies, with regards to information on the horse killings,” he adds.

“It is my job to ensure proper oversight, which includes questioning park and administration officials. It is important that ongoing investigations into these killings be completed, and once they are, we will consider appropriate responses to the findings. I will continue monitoring the situation and work to get answers,” O’Halleran assured.

O’Halleran is expected to visit the White Mountains again this week but it is unknown if he plans to meeting again with with horse advocates in Heber-Overgaard or with the Forest Service.

“The Congressman and our district staff members will continue monitoring the situation and communicating with local, state, and federal officials and concerned community members,” said communication director Cody Uhing on behalf of Congressman O’Halleran in an August 8 email to the Independent. “There has been regular contact between the Congressman’s office and local community members, and he looks forward to continuing those relationships.”

years in the making,

In 2005, the Forest Service proposed removal of 300-400 horses from the Heber herd, but a court injunction stopped the gather until the 2007 litigation was settled. The result was a Stipulation Agreement requiring the Forest Service engage the public to complete a territory management plan for the Heber Wild Horses.

“The management plan will determine the capacity for horses in the Territory and provide specific management actions based on sthe planning analysis,” said Johnson.

In 2009, a Forest Service “change in work priorities stopped the planning process for development of the management plan,” according to the ASNF timeline.

In 2013, the Forest Service entered into a new contract for development and completion of the plan but things seemed to stall until 2016 when Southwest Decision Resources was contracted to facilitate a stakeholder work group with the goal of developing a management plan.

A year later, Arizona State University was selected to work Southwest in the selection of work group members. They began discussing key issues in 2018 which included forage and ecosystem health, horse populations and management strategies. In December 2018, the work group submitted their findings and recommendations to the Forest Service.

Public meetings were expected to begin this summer, according to a January 2019 press release from the ASNF, with a completed plan expected in 2021.

“Our congressional district is one of the largest in the nation, and the issues facing our communities are diverse. I take all of these issues seriously, so it was important to me that I visit Heber-Overgaard to hear directly from people about the killing of these horses."

The criminal provisions in the Wild Free-Roaming Horses and Burros Act of 1971, state that “'Any person who maliciously causes the death or harassment of any wild free-roaming horse or burro shall be subject to a fine of not more than $2,000, or imprisonment for not more than one year, or both

time to cull down the Heber Horse numbers