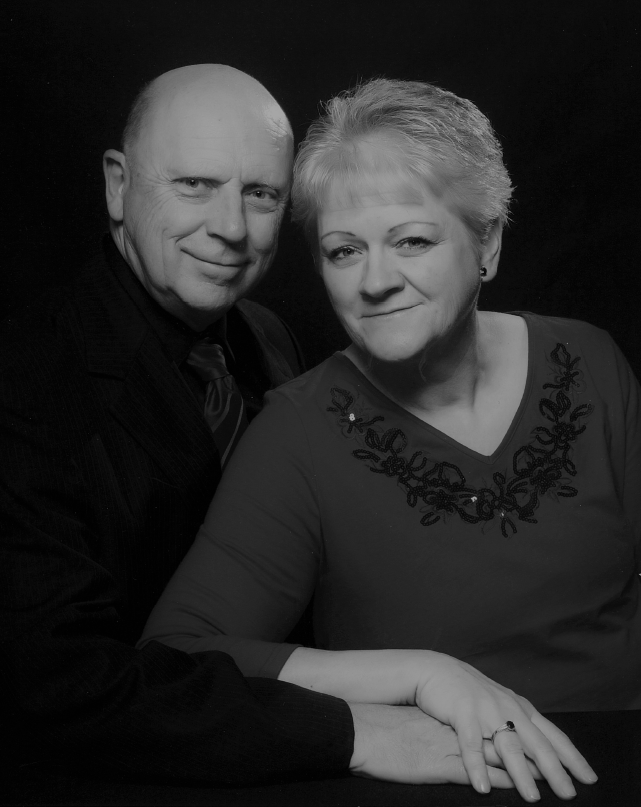 Celebrating their 50th Wedding Anniversary, Scott and Jeanie Gentry are inviting everyone to join them as they perform a piano duet recital on June 26. No Golden Anniversary gifts for the couple, however, their wish is that you will instead offer a gift to the SLHS Music Department. Scott taught choral music for 31 years at SL and Jeanie was the wind beneath his wings. 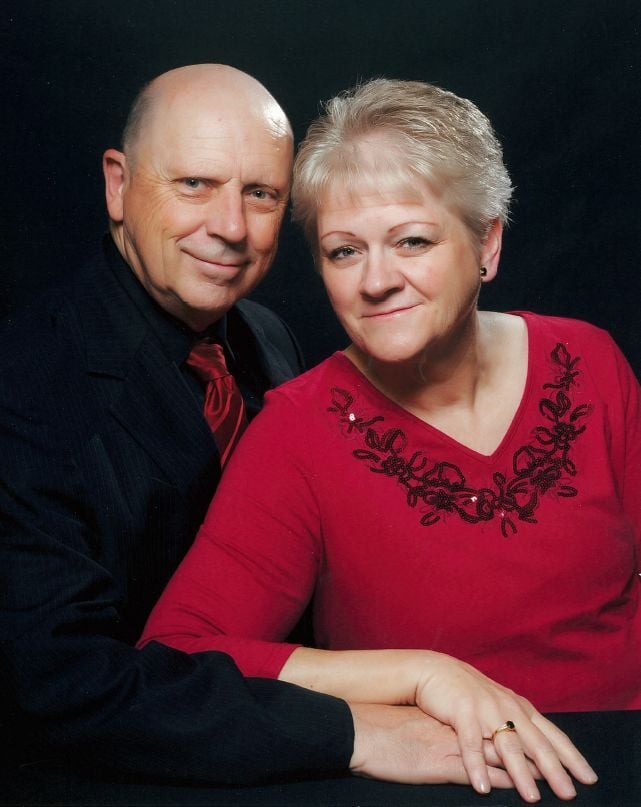 Scott and Jeanie Gentry are celebrating their 50th wedding anniversary with a piano duet recital on June 26 at the Show Low school district auditorium.

Celebrating their 50th Wedding Anniversary, Scott and Jeanie Gentry are inviting everyone to join them as they perform a piano duet recital on June 26. No Golden Anniversary gifts for the couple, however, their wish is that you will instead offer a gift to the SLHS Music Department. Scott taught choral music for 31 years at SL and Jeanie was the wind beneath his wings.

Scott and Jeanie Gentry are celebrating their 50th wedding anniversary with a piano duet recital on June 26 at the Show Low school district auditorium.

Entertainment will be provided by none other than by the hosts themselves, who will be performing a piano duet recital featuring the works of Beethoven, Rachmaninoff, Ravel, Schubert and others.

Gifts will be accepted, but not for Scott and Jeanie, but for the Show Low High School Music Department where Scott taught choral music for 31 years.

Scott and Jeanie are both talented pianists.

When they first moved to the White Mountains, they did a duet recital in St. Johns. They also did one when first out of school in St. George, Utah, and then in Idaho where Jeanie is from.

“It is a viable art form,” says Scott. “There are a lot of piano duet teams, either one piano or two pianos. So many things that have to take place — like the melody, who needs to be louder or softer and sometimes it can be a choreography nightmare.”

They say playing duo is easier for them than solo.

The Gentrys have been practicing for this recital about three months — four to five days a week — and have made certain to choose something for everyone — some of the older works and some of the newer ones.

Last year was Beethoven’s 250th birthday and many organizations had planned recitals for the celebration, but due to COVID-19 many of those plans were squelched or done virtually. One of the pieces the Gentrys have chosen to do is from Beethoven’s Fifth Symphony, the first movement that is the most recognized by people — written for orchestra, but transcribed for four hands. It is their way of saying, “Happy 251st birthday, Beethoven.”

As to newer music, they will bring you Brahms Lullaby, an arrangement for four hands by a New York couple, Anderson and Rowe, graduates of Julliard, who have integrated their arrangement with video and have brought more people to view classical music differently.

Since Gentry retired, he has not stopped teaching music. Jeanie also teaches. Scott had 22 students per week last year. By contrast, Jeanie had two but their 7-foot grand piano, which they teach with, gets such a workout that it has to be tuned two to four times a year.

One of the ongoing fingerprints Gentry has left with the Show Low school district is the annual Feaste of Carols which began in 1984. In 1991 the exquisite costumes made their debut — 90% of them sewed by Jeanie. The yuletide event is ongoing as Cynthia Whipple, who was once a student of Gentry’s, now performs his role as the school’s choir director. She also spent five years with him as her mentor before he retired, making it a smooth transition.

Gentry would really like to see a 9-foot grand piano have a home on the stage at the auditorium, but for now, just helping the department get things he and Jeanie know it needs will suffice in lieu of golden anniversary gifts for themselves.

When Gentry first began in the music department, it received a stipend of $100 for all of the things they needed. Before he retired, it had gotten up to only $200 but thanks to tax credits for schools, they were able to fulfill some of the department’s needs.

There are always needs, and Whipple said that at a time when the Gentrys’ 50th anniversary should be just about them, they are still giving service to the community.

Many people may not realize that when the school puts on a musical, it has to pay for the sheet music, along with many other costs. In order to get enough copies for the students so the school does not infringe on the copyright, Whipple says it has to pay $75 for each copy, and that adds up.

Scott knows all too well some of the things needed by the department. Those needs range from things like purchasing instruments; instrument repair, uniforms — the last band uniforms were bought in 1999; new equipment — things wear out; new choir risers — they are managing but they are really just held together.

“Any donation we get goes right to our kids to allow them to be successful,” said Whipple.

The Gentrys are offering an opportunity for the community to come out and enjoy an afternoon of wonderful music as their gift to the community. And, though it is not required for attendance, anyone who would like to make a donation will greatly benefit the music department that he and Jeanie have already invested so much in over the years.

In addition to her mentor, Whipple also acknowledged Jeanie. “She has been his support through the years. She has done miles of sewing. They really have done it together. She was the magic behind the scene that allowed him to do so much while she raised their family. Both have given so much to Show Low.”

The PayPal link for donations is paypal.me/pools/c/8A7VRpD9WZ.