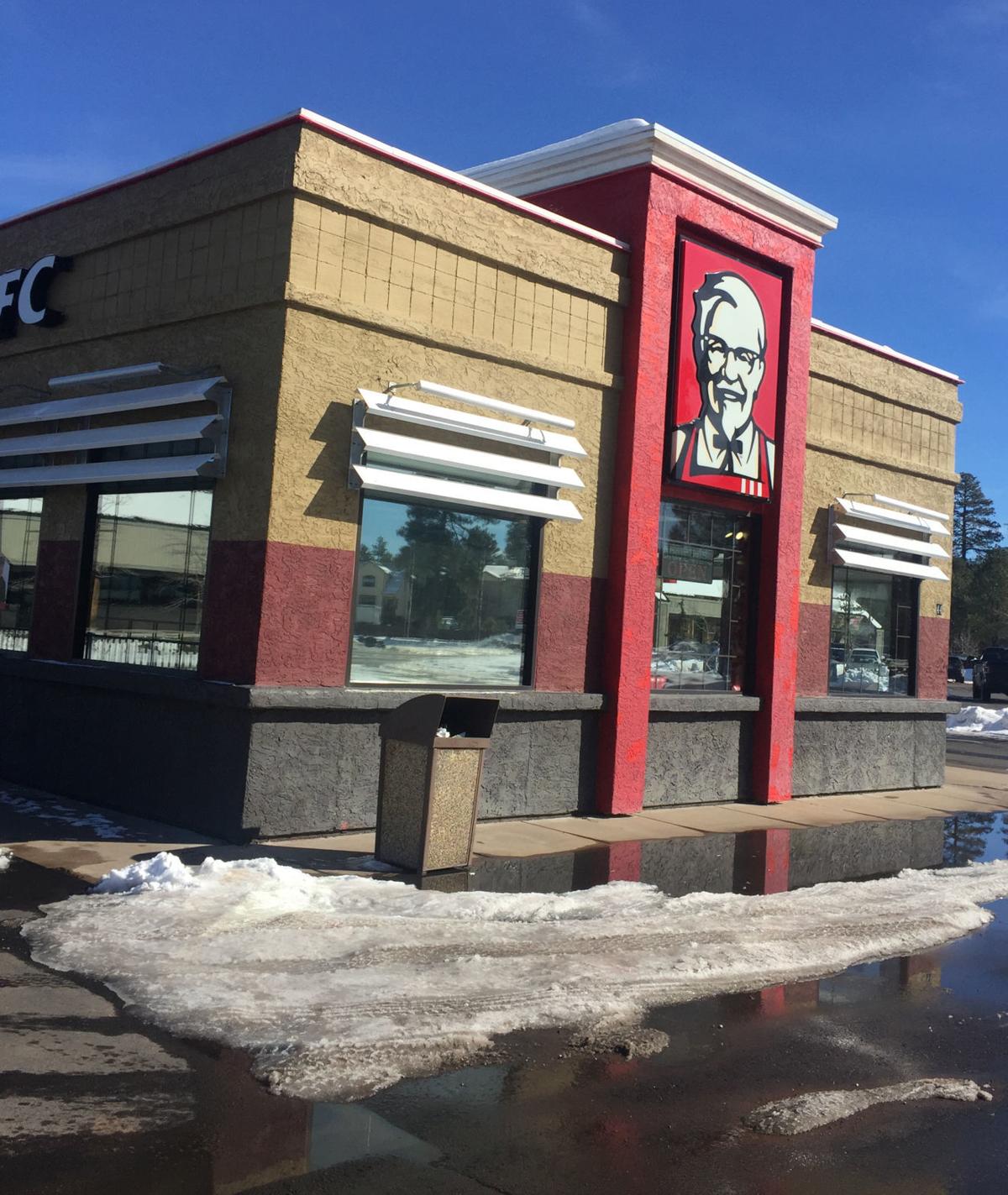 The Pinetop KFC was remodeled in 2011, but on Friday, Jan. 3, the restaurant closed its doors. 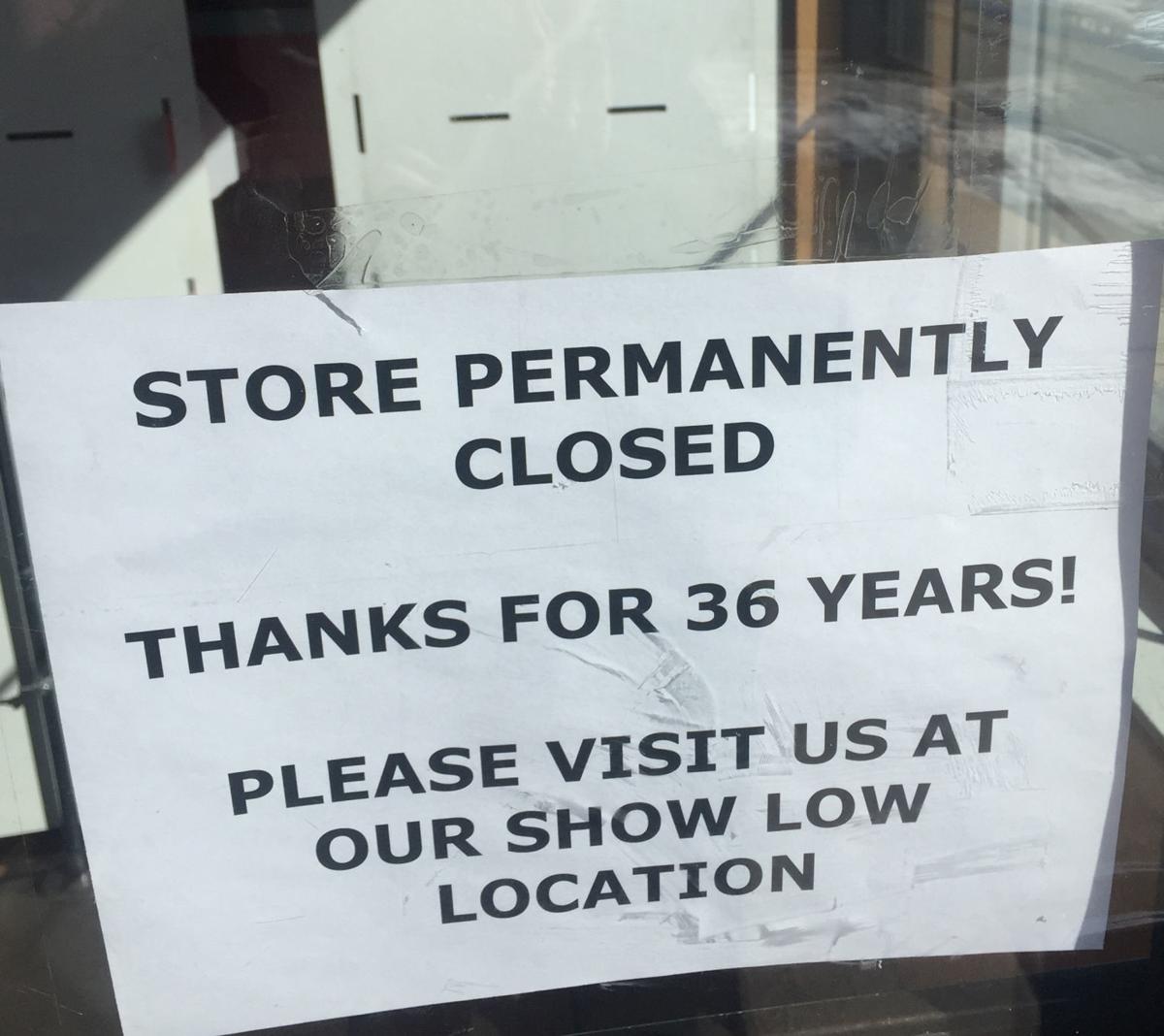 A sign posted on KFC’s door lets customers know they have closed their Pinetop location.

PINETOP — After 36 years, the Kentucky Fried Chicken restaurant in Pinetop has closed its doors.

Beginning Jan. 1, 2020, the state minimum wage increased to $12 an hour. “This store is a victim of that,” said General Manager Mark Jacobs. Another factor was how long it’s taking to remodel the Ponderosa Plaza. “If the new shopping center owners would have brought some life … sooner, maybe we wouldn’t have had to close. They have been planning a remodel for over a year, so far only the parking lot was redone,” he added.

On Friday morning, Jan. 3, Jacobs and his boss, Area Supervisor Jon Parsons met with its employees to let them know of the closure. The good news for KFC’s 12 employees working there — no one has lost their job. “The crew in Pinetop this morning were offered a position at the Show Low store,” said Jacobs, adding he is now general manager of that location.

Twenty-eight employees are needed to run the newly remodeled Show Low store. “We will make it so everybody gets plenty of hours,” said Parsons. “Come summer time we will need more than that, we really don’t need people right now because the sales are just not there,” he added.

“With the Pinetop restaurant we were fighting to stay profitable with the seasonal nature up here,” said Parsons. He added “the only reason the Pinetop store stayed in business as long as it has is because during summer months from Labor Day to Memorial Day sales are up.” But when the town slows down in the winter, so do the sales. Most of their customers were Native Americans that live in the Whiteriver area.

Remodeling construction of the Show Low restaurant began Oct. 21 and it reopened for business November of last year.

“We increased our sales here (Pinetop) when Show Low was closed for remodel, so the people drove from there to here and it increased sales by an average of $2,000 a day … we are hoping we can switch that,” said Jacobs.

KFC is the world’s second-largest restaurant chain after McDonald’s with 22,621 locations globally in 136 countries as of December 2018 according to Wikipedia. KFC is franchised and independently operated.

“Most of KFC’s business is people on their way home and don’t want to cook, they stop to get dinner.” Jacobs hopes they will drive an extra 10 minutes to the Show Low location.

Customers can also order ahead online, however, GrubHub doesn’t exist in the White Mountains for delivery, so your order will need to be picked up.

Jacobs wants the public to know “KFC is not faltering, in fact we are prospering as a company, as a chain, as a franchise.” He said “Our company is in a growth pattern,” with two in California built from scratch and 35 other stores opening last year.” He added “This is a unique situation in this restaurant (Pinetop) because of the demographics and minimum wage.”

Jacobs concluded “After 36 years of serving this community, we are really sad to go, the good news there is a new store waiting for them in Show Low, nobody lost their job and we will move forward.”

SHOW LOW — If you have passed by the Kentucky Fried Chicken (KFC) located at 180 N. White Mountain Road, you can’t help notice the changes tak…

So I'm confused. Was it a requirement to pay people a substandard non-living wage of 12 bucks an hour, or a deadbeat landlord who wouldn't maintain his property that caused the closure?