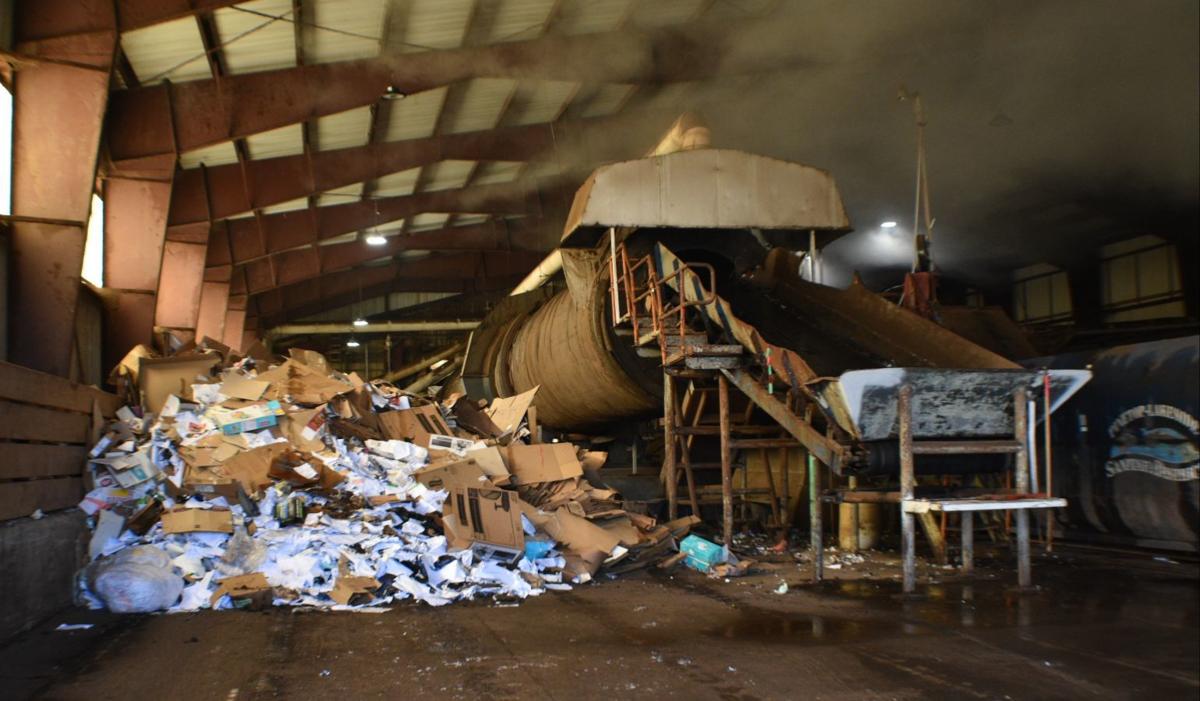 Awaiting paper and cardboard as its food, the 125-foot-long digester that went online at the PLSD in 2003 is being put out to pasture — so to speak for new technology as a cost saving measure. The controversy over its life span prompted the formation of the Save Our Digester group. 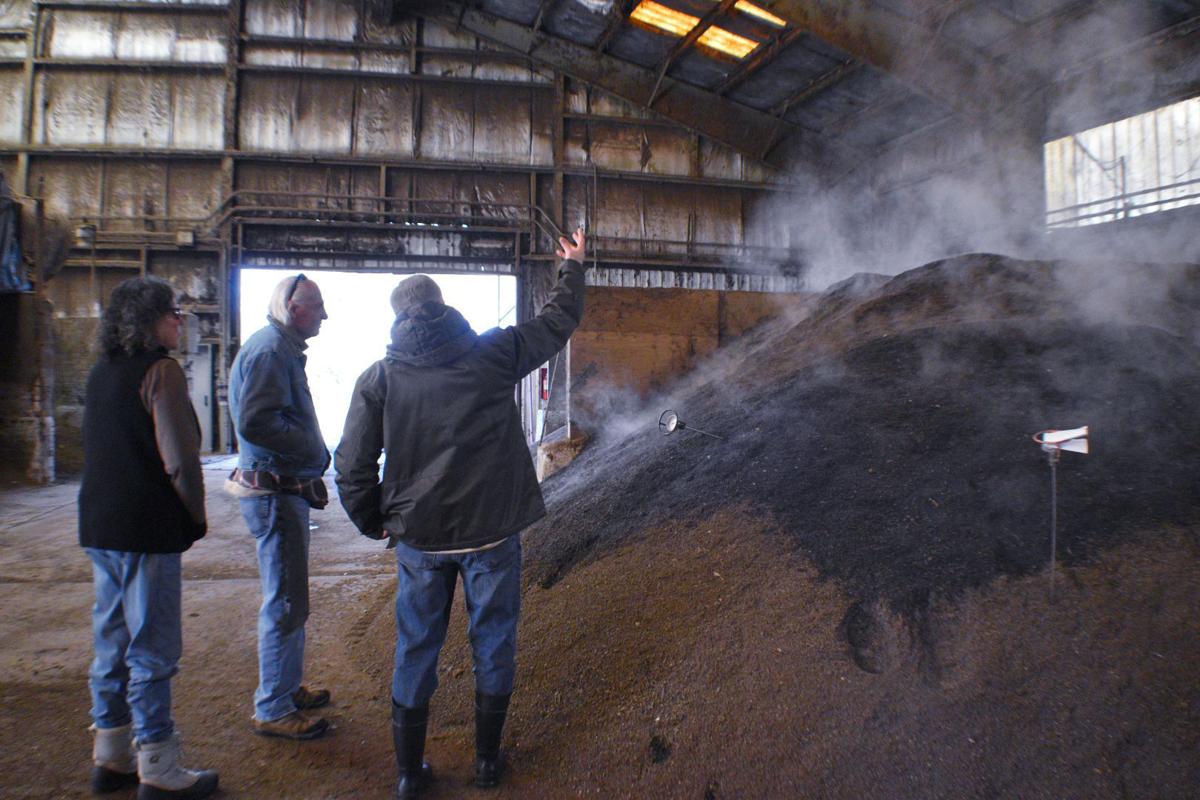 Viewing an experimental pile of compost created with the new equipment, PLSD District Manager Dave Smith explains the process to those touring the facility on Saturday, Jan. 18. The heat the piles generate creates steam. 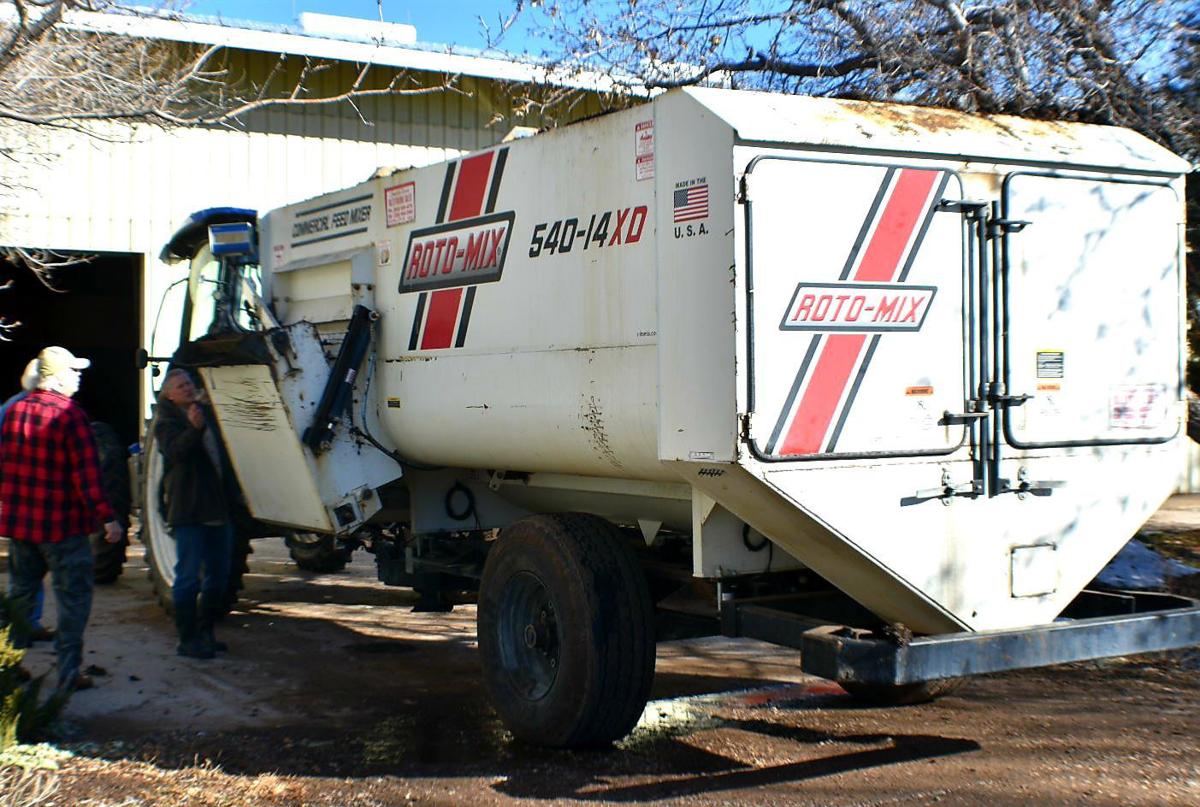 The Roto mixer, second of the three pieces of the new equipment used for composting for PLSD. 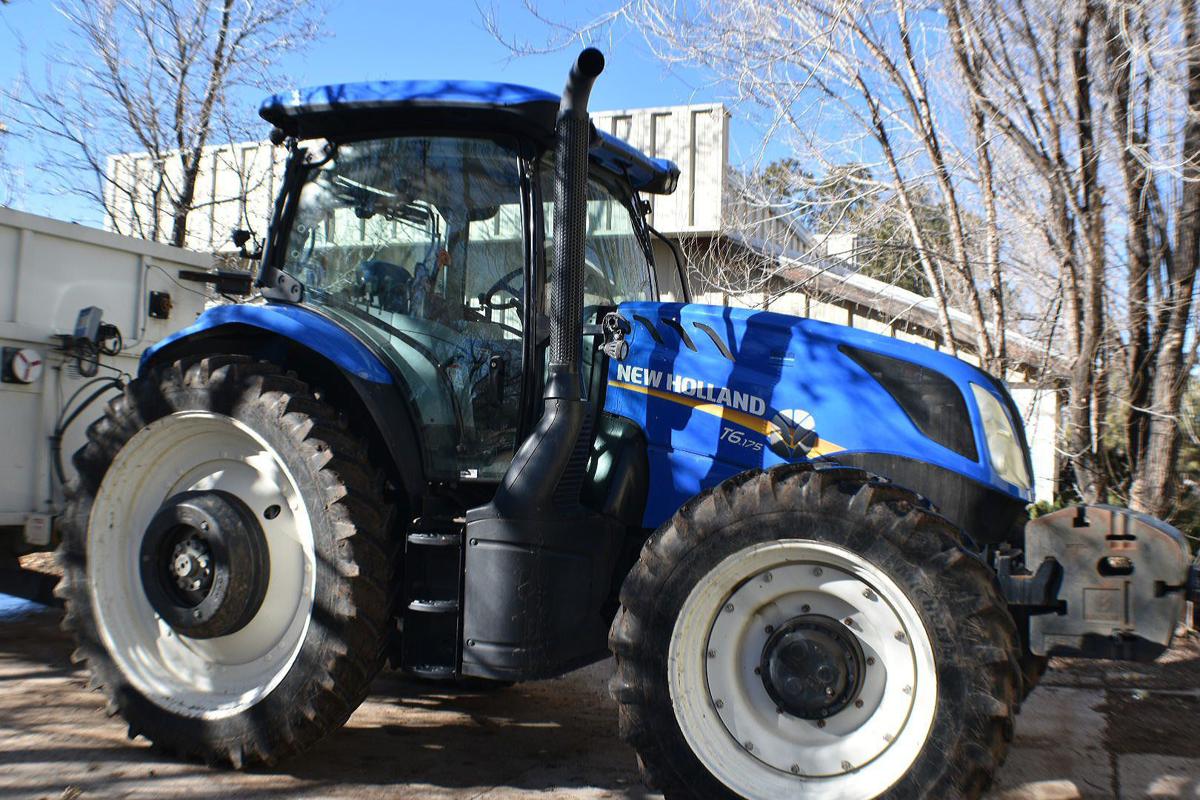 PINETOP-LAKESIDE — American agricultural scientist and inventor George Washington Carver, who incidentally taught composting and sustainability, wrote, “Education is the key to unlock the golden door of freedom.” Washington’s statement is likely one on which the Save Our Digester (SOD) group and the Pinetop Lakeside Sanitary District (PLSD) can agree. Where they part ways is on the lifespan of the $1.7 million dollar digester being put out to pasture and being replaced with three pieces of farm equipment for composting.

In 1989 when the local landfill was closing and the high cost of transporting sludge from the wastewater treatment plant became an issue, PLSD made an economic, environmental and community-supported decision to compost. Their plan was to offset the cost by charging tipping fees, selling compost and raising rates.

They bought their first rotary biomixer, called the “digester,” in 1990 and used it until it virtually fell apart. In 2003 they launched the current digester and built a facility for it at a total cost of $2.2 million.

Like all equipment, it had its challenges, but it was such an amazing machine it drew people from all parts of the world to to see it at work, and it was making a difference for the landfill and the community.

The November 2019 board meeting began discussions on replacing the digester and when that message hit the community, digester supporters joined together to form the Save Our Digester (SOD) group. They wanted to know why a machine that was designed to last 25 years needed about $200,000-$270,000 in repairs, and why, with 40 percent lifespan left, it was being replaced.

The December 2019 and January 2020 board meetings brought people forward asking the hard questions. The January meeting was initially canceled, but the PLSD board chose to hold it to provide a history and update on the digester. But the answers were not sufficient for most of the SOD group.

Following the Jan. 8 meeting, with the new composting equipment in place and being tested, local digester and compost advocate Donna Wastchak-Shurwin arranged two tours of the wastewater treatment plant, digester and facility for Jan. 18 and Jan. 20.

Three people showed up for the first tour and six for the second.

Both tours, led by District Manager Dave Smith, provided somewhat of a biology and chemistry lesson regarding wastewater treatment and composting.

Smith explained that the treatment plant, which is what they are really in business for, has 150 miles of pipe and 20 lift stations wastewater goes through before it gets to the Lakeside facility. There the plant treats around one million gallons per day which it releases into the Jacques Marsh on Penrod Road, owned by the Forest Service. Through an agreement with the Department of Agriculture, PLSD has constructed a number of ponds that have created the wetlands.

Visitors on the tour were in awe of the wastewater treatment facility, but their focus was more directed towards the digester and the new equipment.

Outside the facility, the recently purchased equipment bought to replace the digester was situated. Smith said they bought it used, from Colorado and Yuma at a very good price. He explained that it is essentially farm equipment used for cattle on a dairy farm. It has three components – the tractor, the mixer and the grinder.

Inside the composting facility the first thing seen was the digester – a massive piece of equipment 125 feet-long, and right next to it a huge pile of paper and cardboard ready to feed it.

According to Smith, they are still using the digester while they are in the testing stage of the new equipment. He said the digester will be around for a while as there is no market for it today. It is currently being used once a week and takes the equivalent of two and a half employees to operate it. It can process up to 350 yards. If what they call the “recipe” – cardboard, paper, sludge and recycled wood chips to make the compost is not correct, they have to redo it – load, unload and re-load until they get it right. Smith used the analogy of compost failure to that of baking a cake. He explained that something as simple as wet cardboard or paper can cause the recipe to fail and then you have a “do-over.”

The new equipment is used for processing the same compost in a different manner — by making piles. It can be handled by one employee, and is a quicker and easier process. Should the recipe not be correct, they are able to discern that more quickly and adjust it. The process itself is quicker, but the batch is smaller. With the aerated static piles they can do three loads a day in three to four hours with the new equipment.

“The tractor is connected to the grinder and is loaded with cardboard and paper; the shredded material is stockpiled until ready for use. The RotoMix trailer is connected to the tractor’s power take off and the trailer loaded with shredded paper/cardboard, dewatered sludge (from the treatment facility) and screened wood chips. The trailer has augers and paddles used to mix the material together; this process of loading and mixing takes about 30 minutes for the 20 cubic yard load. The materials are loaded into the trailer by a front end loader. The tractor moves the trailer to the location where the material will be loaded into piles on the aerated concrete floors to begin the composting process,” Smith explained.

“If you calculate the yards in a day with the new equipment,” said Smith, “you get more done.”

PLSD is still using cardboard and paper in the compost recipe. Smith did do an experimental compost pile without it. As is the case in both the digester and the mixer/grinder, after the recipe has been mixed it must maintain a temperature of at least 131 degrees or higher for three days. Then, for 11 days it has to average 113 degrees. Though the jury is out on the experimental pile, it has met temperature standards thus far, and it still has over a week to go before they can say it is successful.

The first test pile they did with the new equipment has already passed the test.

Smith expanded on the decision to use the new equipment versus the digester. He said that if you look at motorcycles on the road vs. cars, you see more cars; if you look around to see what the rest of the country is doing, “they are using this the new process we are using — it is what is commonly used.”

Maria Donaghy, a long time devotee of recycling and composting said she enjoyed the tour but thought Smith would talk more about the digester. Her concern, after seeing the compost produced without cardboard or paper is that the district is moving away from taking cardboard and paper. She said, “If in two weeks he will have proof that his way is better, we are at risk of losing or being able to recycle paper and cardboard,” she said.

Gary Atkin, a prior district manager with PLSD, enjoyed the tour. He said it did bring up some questions which he will address later with Smith; he attended both tours.

Near the end of the Jan. 8 PLSD board meeting, Atkin addressed the board saying that he could be convinced by the new composting system if what they were doing was for the right reason, but he said he was “not convinced.” Now, after two tours, he has some other questions.

Larry McCormick thought the tour was very well done. “I do not understand all the principles, nonetheless, it is an interesting process. The whole area is pretty amazing.” McCormick said the decision has been made for the new equipment, and from what was explained, it makes sense to him.

Asked about the possibility of cardboard and paper composting going away, Smith said they will continue using cardboard and paper. “The bottom line,” said Smith, “is the board has made a decision to continue to compost because they believe that is what the public wants.”

Compost is available for sale to the public; no information about it is on their website, but there is a nice brochure in the district office. A pickup truck or a trailer can get a load for $15.

The next PLSD board meeting is Wednesday, Feb. 12 at 6 p.m. The agenda will be posted on their website, normally the Thursday before the meeting.