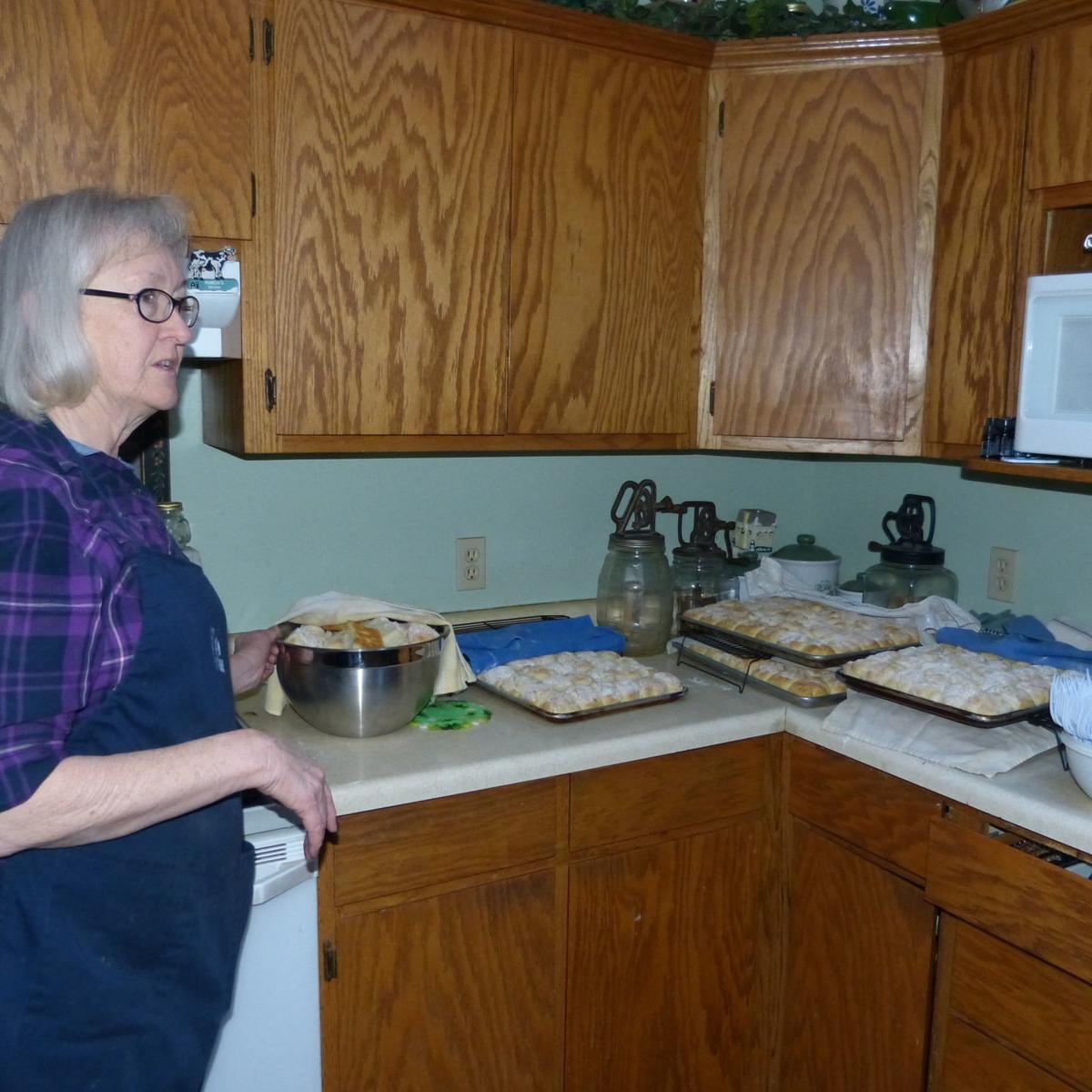 Marcia Whipple was prepared to meet her guests at the 27th annual free Groundhog Day breakfast hosted by her family. "For the Whipple's it's just kind of a tradition," she said. 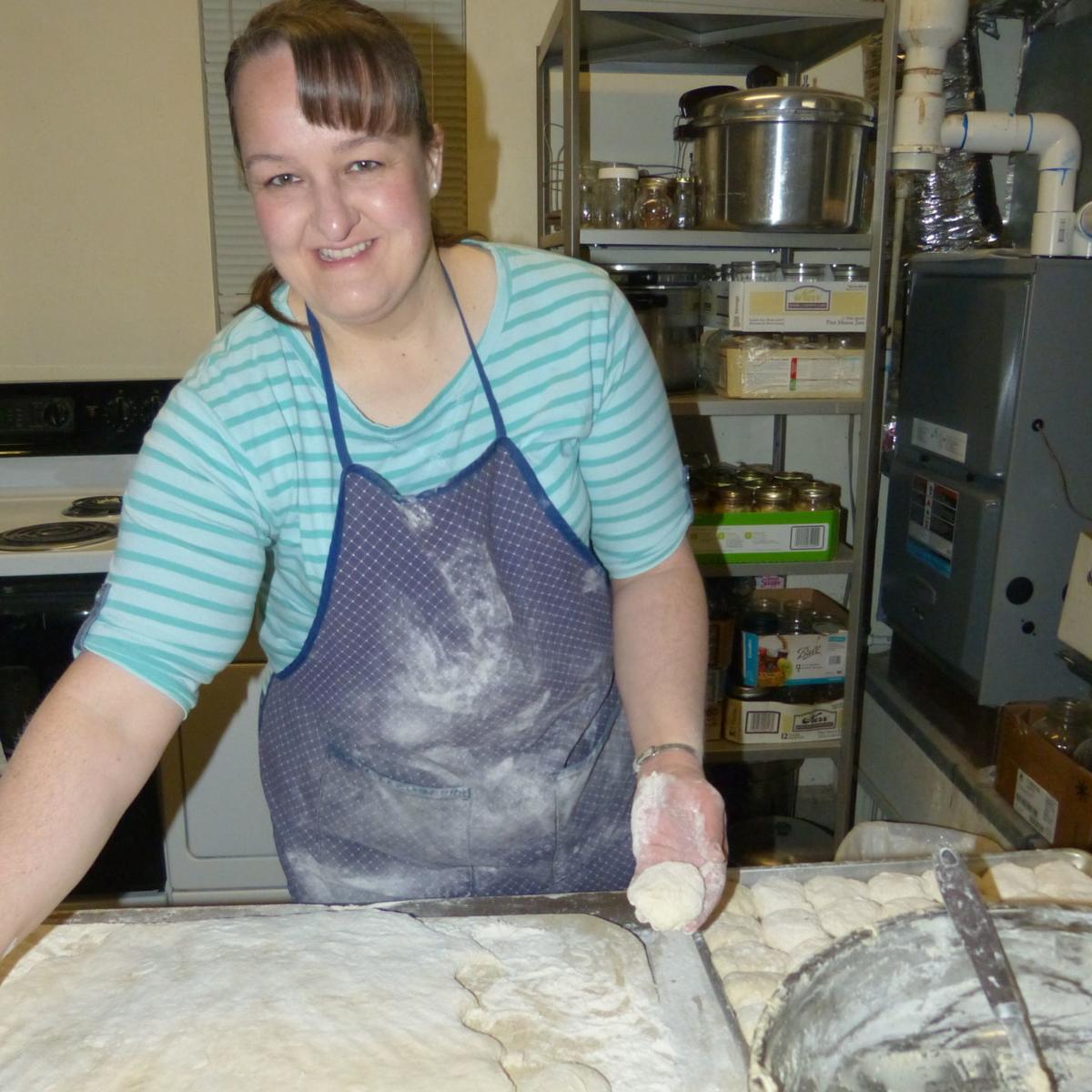 Above: Cynthia Whipple, Marcia’s daughter, said she learned how to make biscuits from her grandfather, Wendell “Winkie” Whipple, who started the breakfast tradition. 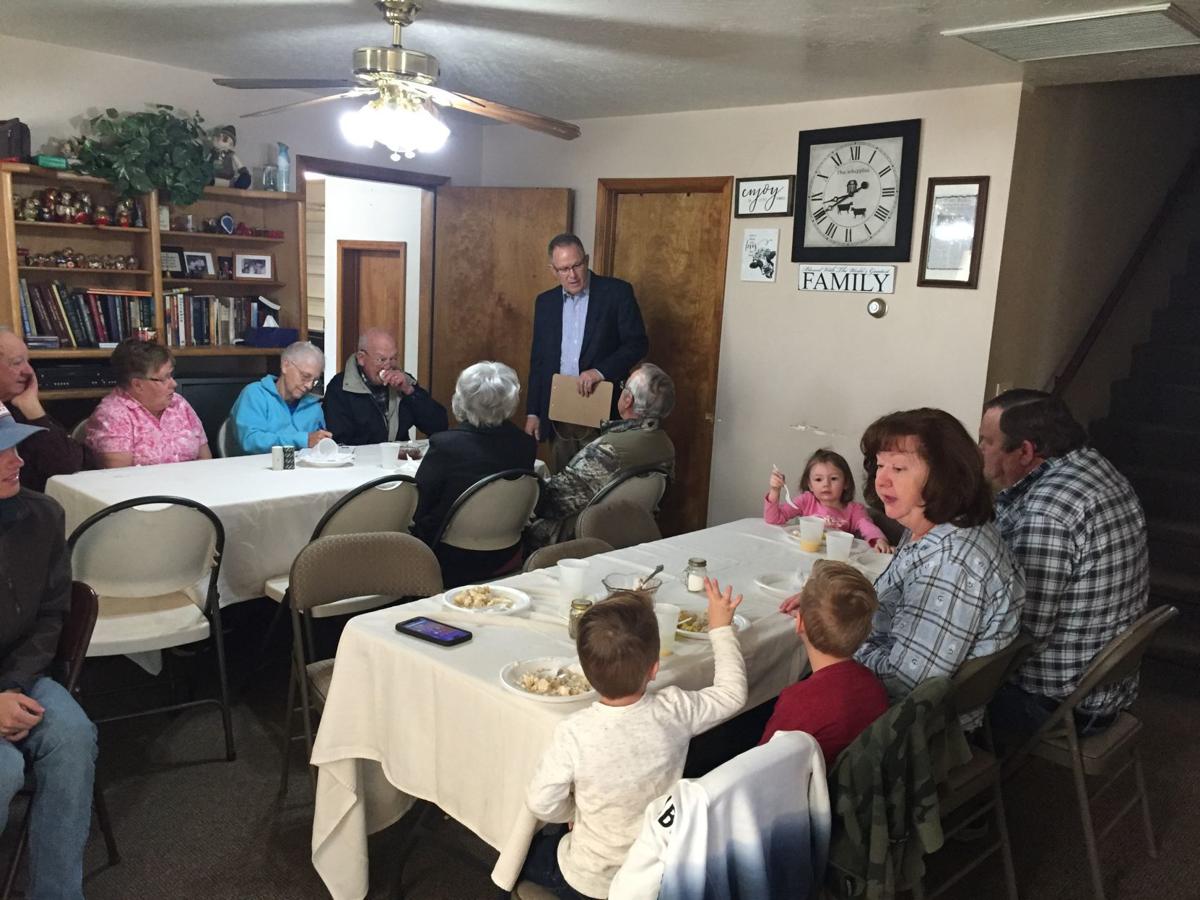 Show Low Mayor Daryl Seymore greeted diners at the Whipple home during the Groundhog Day breakfast hosted by the family on Saturday. Both Wendell “Winkie” Whipple and his son, Gerry Whipple also served as mayors of Show Low.

It was time to make breakfast for hundreds of people.

Twenty-seven years ago, Wendell “Winkie” Whipple, a former mayor of Show Low, invited his friends and neighbors to stop by for a free Groundhog Day breakfast of biscuits and gravy and scrambled eggs. About 40 to 50 people showed up.

According to Marcia Whipple, last year her family fed 400 people.

The tradition of offering a free breakfast on Groundhog Day to friends, neighbors and whomever stopped by, stuck with the Whipple family generation after generation.

It’s a lot of work. It means clearing furniture out of the house to set up a total of 10 tables, baking scores of biscuits from scratch, making gallons of sausage gravy and cooking about 50 dozen scrambled eggs.

Gary Whipple followed in his father Winkie’s footsteps. And after Gary passed, Marcia and her children decided to keep it going too.

But this was the last year, and Marcia felt a little emotional about that. She said that the family plans to partner with the city to offer the breakfast next year. It will no longer be held at the Whipple home, although her family will remain involved, she said.

Thank you to the Whipple's!! Good weather or bad, the tradition grew and grew.