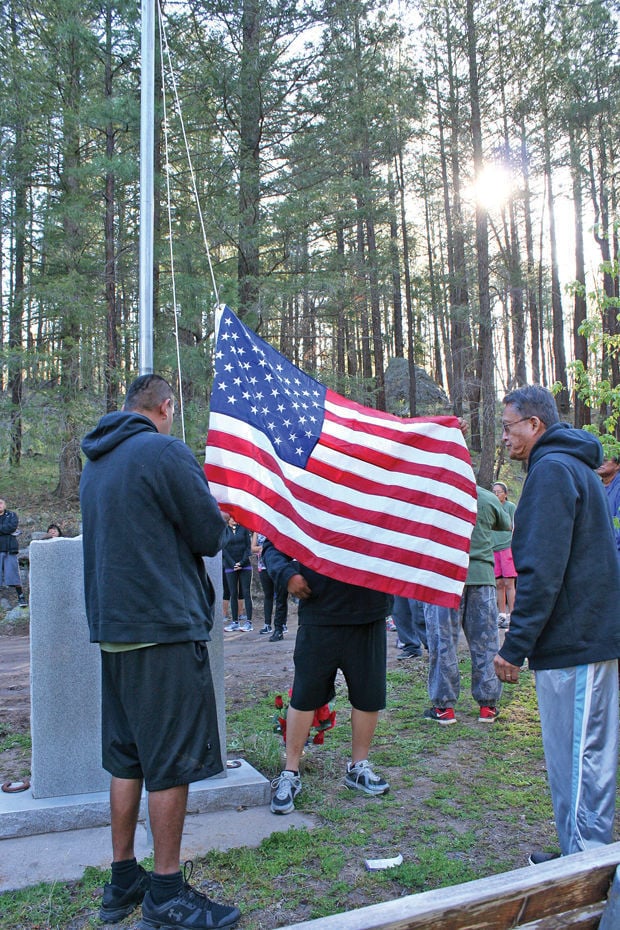 “Show Low Police Officer Darrin L. Reed, EOW 110816,” are the words inscribed on the memorial walls in Phoenix, Florida, and Washington DC. He was killed in the line of duty on November 8, 2016. 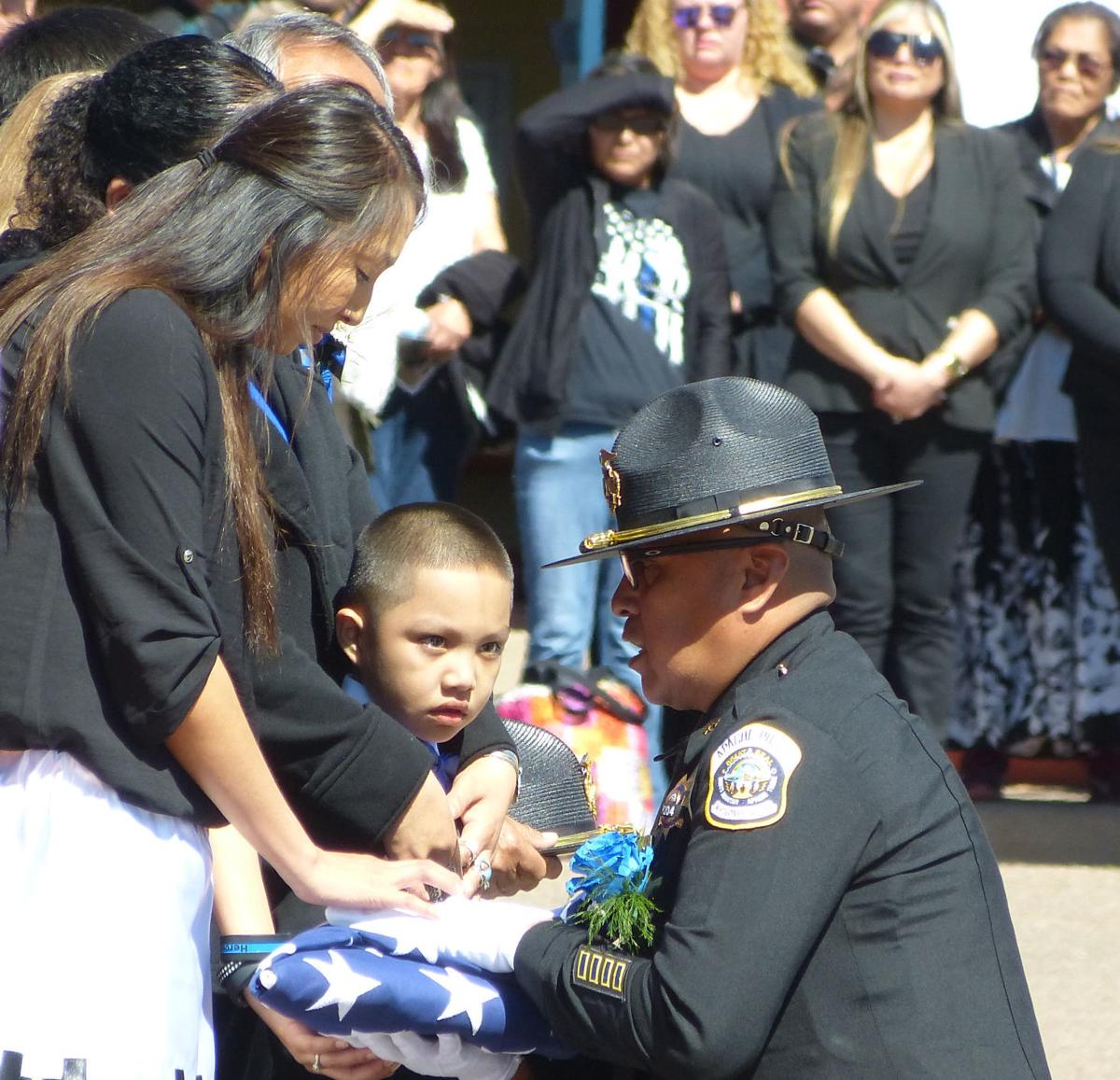 Kamellia Kellywood, widow of White Mountain Apache Police Officer David Kellywood, accepts the flag that was draped over his coffin during his February 29, 2020 funeral service in Whiteriver. He was killed in the line of duty on February 17, 2020. 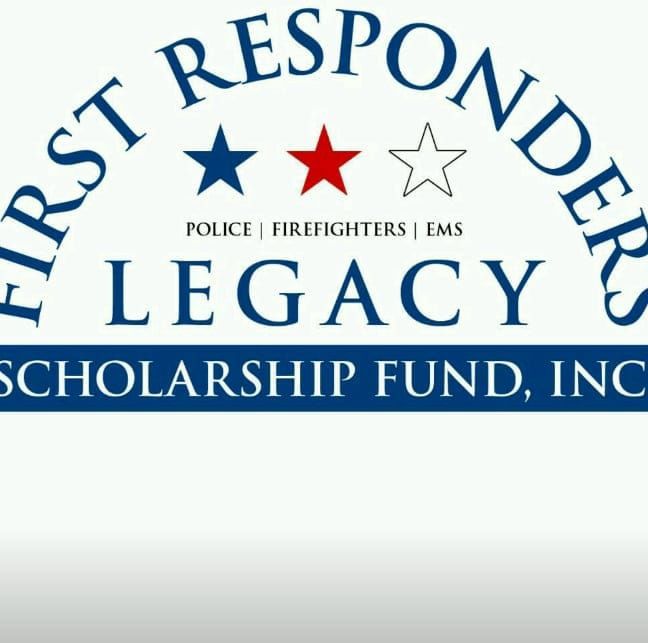 Honoring and remembering our local First Responders by providing Scholarships to local area Students. For more information, visit their Facebook page or email frlsfund@gmail.com or darrinreedfoundation@gmail.com.

“Show Low Police Officer Darrin L. Reed, EOW 110816,” are the words inscribed on the memorial walls in Phoenix, Florida, and Washington DC. He was killed in the line of duty on November 8, 2016.

Kamellia Kellywood, widow of White Mountain Apache Police Officer David Kellywood, accepts the flag that was draped over his coffin during his February 29, 2020 funeral service in Whiteriver. He was killed in the line of duty on February 17, 2020.

Honoring and remembering our local First Responders by providing Scholarships to local area Students. For more information, visit their Facebook page or email frlsfund@gmail.com or darrinreedfoundation@gmail.com.

WHITE MOUNTAINS – This week, starting Sunday, May 10, is National Police Week honoring all of the police officers all across the nation who have given their lives in the performance of their duties.

“Knowing that others still remember and feel the pain along with us, somehow makes it easier to bear,” says Cathy Reed of Show Low. She is the widow of Show Low Police Officer Darrin Reed who was killed in the line of duty on November 8, 2016. “Thank you, White Mountain Community, for standing tall, always remembering, and continuing to support us and our First Responder families. Words can never express the gratitude we feel.”

In honor of the late Officer Reed, and in recognition of the sacrifice made by law enforcement personnel and their families, the City of Show Low will display blue street lights downtown and on the Public Safety Building on the Deuce of Clubs. “The lights will remain blue through the end of the month to honor our law enforcement officers during National Police Week,” says Show Low City Clerk, Tamra Reidhead.

The National Law Enforcement Memorial Fund states online that they too will not let the current COVID-19 pandemic keep them from honoring the fallen.

Three members of local law enforcement who have lost their lives in the line of duty are among those being honored by the nation this week.

He was killed by a father and son who were sentenced to 40 years and 10 years, respectively, for Gatewood’s murder.

The next member of the White Mountain police family to lose his life was Darrin Reed. He was the first Show Low Police Department (SLPD) officer killed in the line of duty.

He was shot and killed by a drug dealer outside the local Days Inn hotel on Nov. 8, 2016. Reed was among the officers who answered the 911 call that day.

“Show Low Police Officer Darrin L. Reed, EOW 110816,” as inscribed on the memorial walls in Phoenix, Florida, and Washington D.C., explains his widow Cathy Reed. “A simple inscription but very emotionally charged. Losing a loved one is never easy. The pain of losing a loving husband, father, brother, and hero never heals, we just learn to live with it.”

The third member of law enforcement killed in the line of duty was White Mountain Apache Police Officer David Wesley Kellywood who was shot and killed when he responded to a call from the Hon-Dah Resort and Conference Center area on February 17 of this year.

He was murdered during a struggle with the man who shot and killed him in the roadway at the junction of State Route 73 and State Route 260.

“He was really looking forward to all the celebrations the tribe has during this week,” she said. “And he was passionate about giving back to the community. He wanted kids to know that they (police) are good people. He would take candy and gum with him and hand it out to the kids.”

Kamellia said one time she heard that he was spotted at a local store by someone who told her that when the kids saw him, they all ran to him. She added that, among the things found in his belongings after he was killed was bags and bags of chocolate candy.

Kamellia said she did normally not allow her kids to have candy adding that, while it surprised her how much candy David had to give out, it did not surprise her that he would do so because he loved kids.

In closing, Kamellia said David was just as passionate about his desire and the desire of the White Mountain Police Department to become more connected with their community and to shoe kids that police officers are good people that can be counted on when needed.

Both Reed and Gatewood have memorial runs in their honor which raise money for local charities and needy causes.

Doreen Ethelbah-Gatewood had this to say about her late brother-in-law Tenny.

“After 20 years Tenny remains in our thoughts and the years have not made his loss any easier for my husband, Tim. Tenney was his older brother and encouraged him explore the outdoors and play sports as Tim was and is still extremely quiet and shy. My son Justin was a baby when Tenny was killed and he has grown up helping his dad maintain Tenny’s memorial monument, changing the flag, painting the bench and bringing flowers. On March 1, 2020 we formed a team and ran in honor of Tenny at the Arizona Fallen Officers Memorial 5K run. The Darrin Reed family took our photo.”

Not all that happens during National Police Week is about the men and women in blue who have given their all in the line of duty and are no longer with us.

Some of it this year included a celebration of advancement in the ranks of local law enforcement.

No less than three deputies with the Navajo County Sheriff’s Office were promoted during national Police Week.

Jerry VanWinkle was promoted to Patrol Lieutenant,. He has been with Navajo County Sheriff’s Office (NCSO) for 4 years, with a total of 28 years in law enforcement.

Katelynn Fawcett was promoted to Patrol Sergeant. She has been with NCSO for 6 years.

Darren Germann was promoted to Detective. He has been with NCSO for 2 years.

While it is business as usual for officers and deputies on the job protecting the public during National Police Week, the Show Low Police Department is inviting people to tell them what they “love” about the department by posting their comments of the SLPD Facebook page.