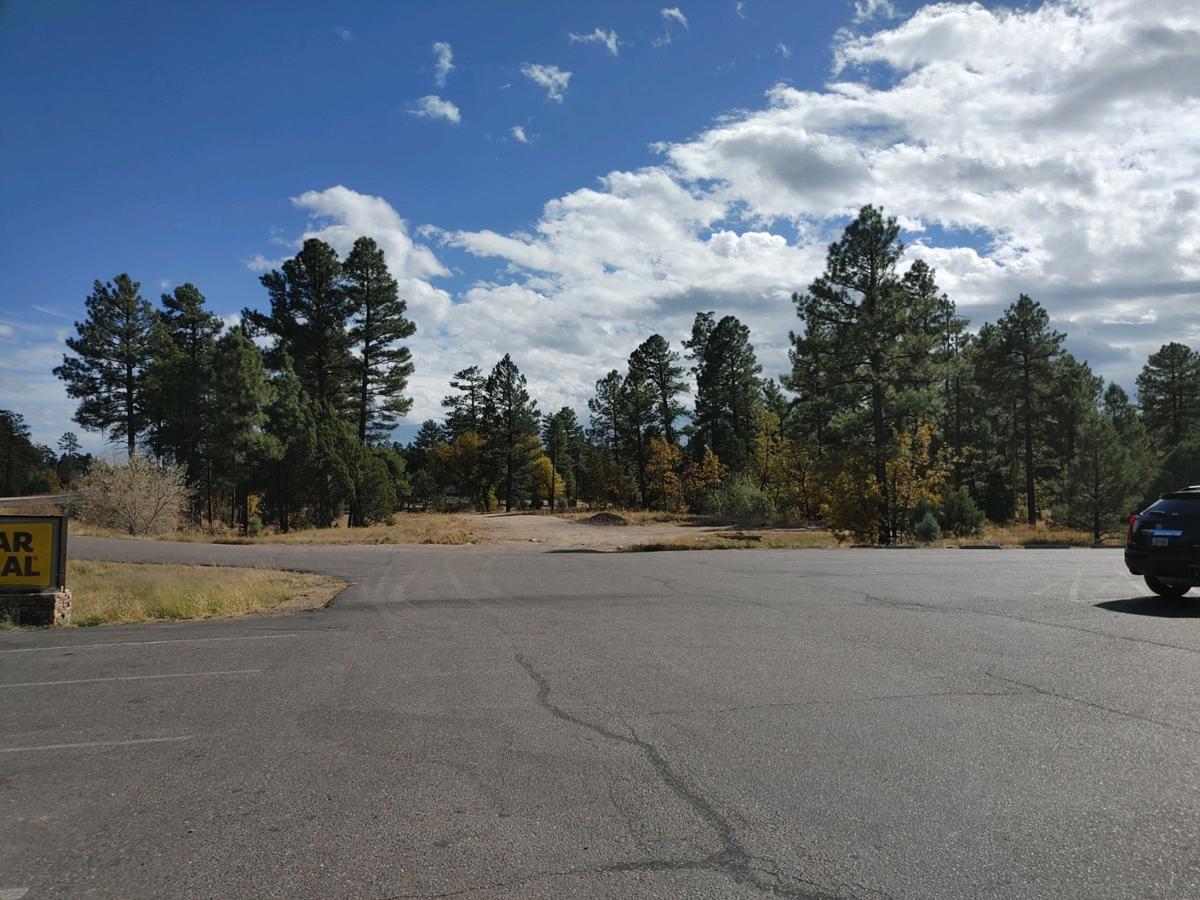 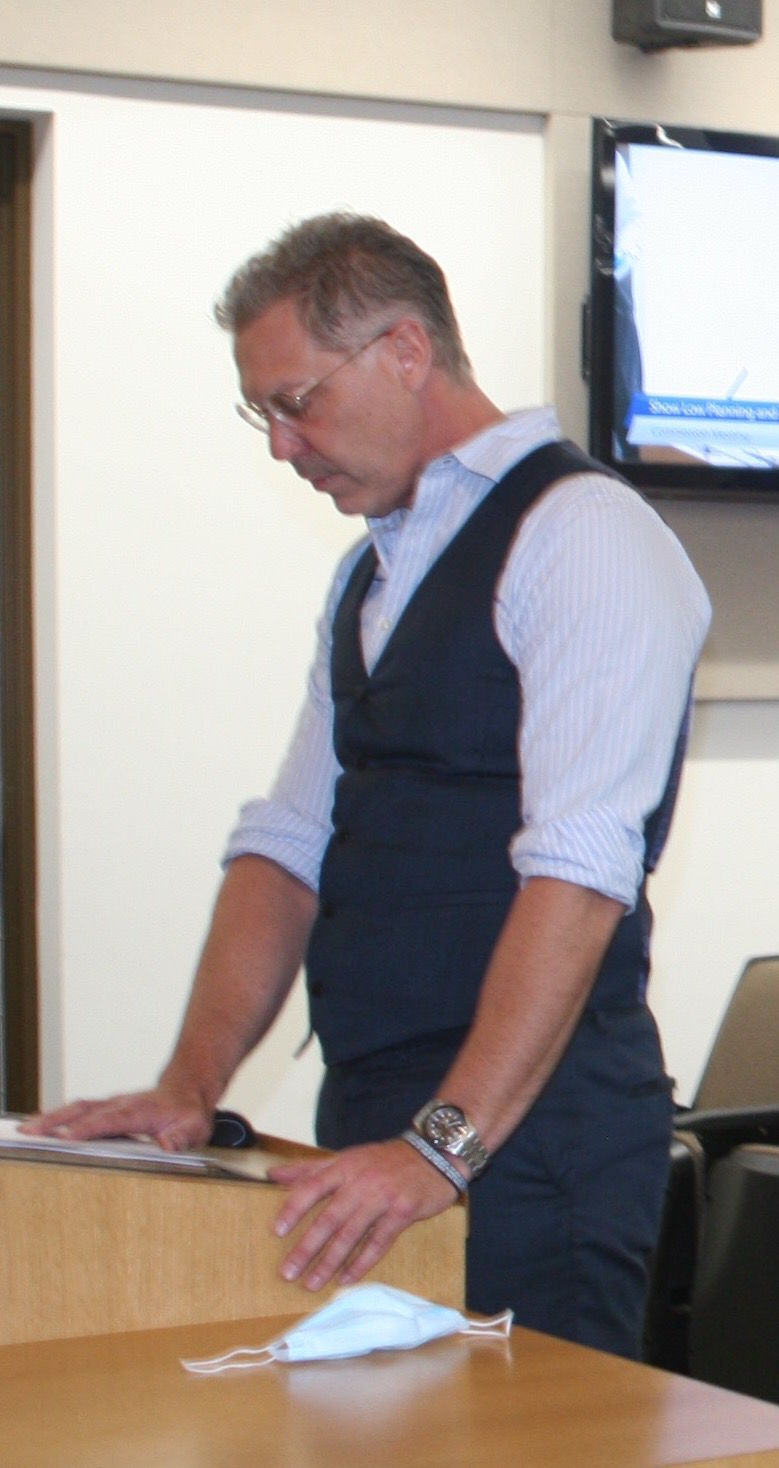 Fairway Park resident Kevin Lowery speaks before the Planning and Zoning Commission and the Show Low City Council on behalf of over 40 residents. Lowery and homeowners association president who signed a petition against building a cell tower in their neighborhood.

SHOW LOW— The Fairway Park 110-foot cell tower is not a done deal. Over 40 area residents don’t want it and have either appeared before Show Low Planning and Zoning Commission to say so, or they have appeared before the Show Low City Council or have written letters to the City Clerk’s office.

The conditional use permit, referred to as a “CUP” was originally submitted by Young Design Group in October, on behalf of Verizon Wireless . The tower, if approved for construction, will provide 4G cell and data service for Verizon Wireless.

Multiple discussions and presentations among the Young Design Group, Verizon representatives, planning and zoning commissioners and city councilors have not changed the minds of over 40 Fairway Park residents.

Residents who oppose the cell tower have made their concerns clear — they do not want a 110-foot cell tower in the neighborhood. No less than 10 to 12 community members have spoken during Call to the Public at the last three public meetings.

One Fairway Park resident did speak in favor of the tower, saying he preferred a cell tower to an auto parts store, a liquor store, a motel, a hotel or any of the other “permitted uses” listed in city code. However, the lion’s share of the public comments and letters have been against the idea.

Residents and members of the Fairway Park homeowners association cite multiple and specific health and safety concerns, diminished visual aesthetics and the possibility of reduced property values. At least 44 residents even signed a petition against the cell tower which was presented to the planning and zoning commission on Oct. 13.

The lack of cell phone signal, coverage and access to data is a known issue in rural areas like the White Mountains. While the residents understand the need for improved technology, their concerns outweigh the benefits they say.

Both the planning and zoning commission and the city council are looking for a resolution that suits everyone. Multiple votes to approve, or deny the conditional use permit have left the meeting attendees confused and frustrated.

The final planning and zoning commission vote approving the CUP was taken on Oct. 13.

The privately owned site is already zoned commercial (C-2) on the north, south and east boundaries. The west property line is residential. The site holds two addresses: 591 North Clark Road and 3980 West Cooley in Show Low. It is situated among a copse of trees, between a Circle K store and a Dollar General store.

The standard process for a CUP requires the planning and zoning commission to review and carefully consider all applications. They ensure the the permits align with city code and with the city’s general plan. Sometimes the process is smooth at all phases and sometimes that’s not the case.

If an appeal to the commission’s decision is filed, then the issue goes to the city council.

After the Oct. 13 planning and zoning 4 to 3 approval of the CUP, the city received eight letters from residents. All of the letters were appeals to the decision.

The voice of the community was acknowledged and, as per city code, the matter of the CUP was added to the Show Low City Council Oct. 20 agenda. Essentially, this starts the appeal process.

During the Oct. 20 meeting, the city council allowed the permit applicant, the Verizon representative, the planning and zoning director, the city attorney and members of the audience to speak at the podium on the matter.

The council, as a whole, felt they needed additional time to review the CUP application, the supporting documents and the resident letters. They voted in favor of tabling the matter to the November 17 city council meeting.

At that time, the council has the following four options according to the city code:

1) The council can uphold the commission decision made Oct. 13 and approve the CUP No. 602-04-232 as submitted by Young Design Group. It allows a 1110-foot mono-pine cell tower to be built with no amendments.

2) the council can amend the commission’s decision and approve CUP No. 602-04-232 with amendments to the conditions of approval;

3) the council can overturn the Commission decision and deny the conditional use permit submitted but any motion to deny must state the reasons for doing so;

or 4) the council can schedule the matter for [another] public hearing.

This Cell Tower will benefit way way more people, it may even save lives. Think about that, you phone 9-1-1 and the call is weak or gets dropped. Someone may not live do to the lack of that tower be built and put in service. Look at it like this as it will not look like a tower that you would normally see. Come on Man let this tower be built.

Glad they're appealing this decision. I don't know the intricacies of the case, but hate to see elected officials just blow off their constituents' concerns.