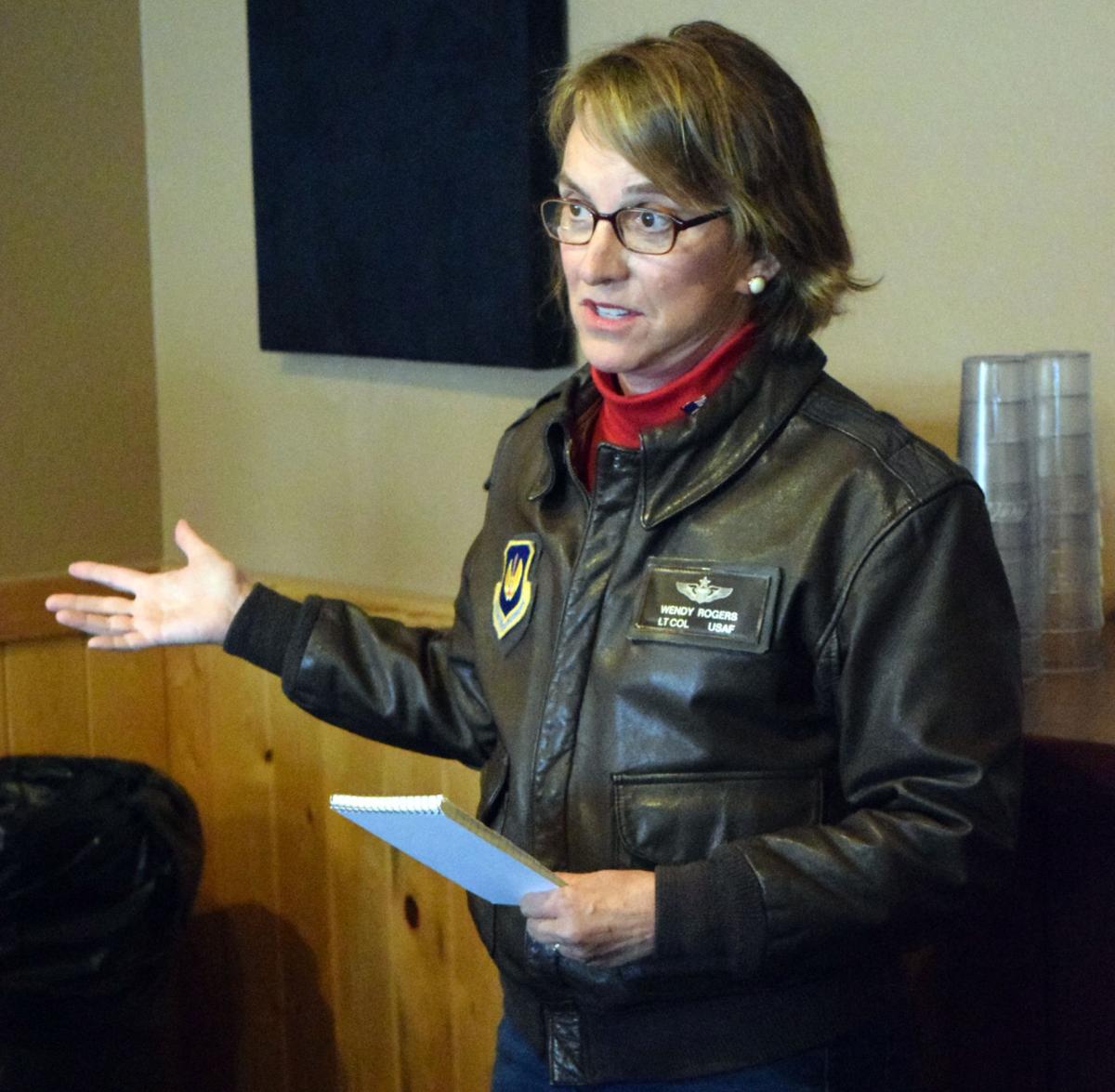 Wendy Rogers, candidate in the District 6 State Senate Race, compared how Democrats attack her to the prosecution of Kyle Rittenhouse, who shot and killed two people in Wisconsin. 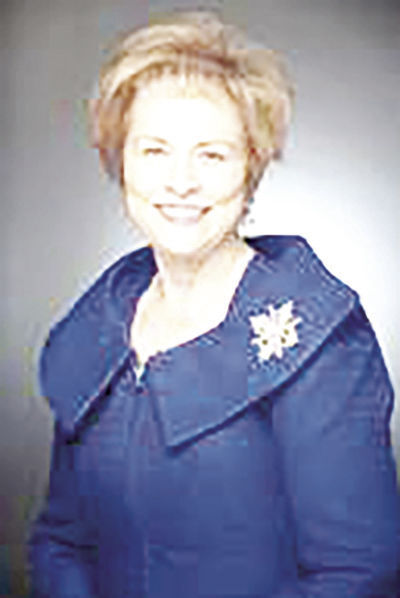 Rogers received 59% of the vote in the district that stretches from Flagstaff, through Sedona and Rim Country and into the White Mountains.

She raised and mostly spent at least $551,000, dwarfing Allen’s $126,000. Independent expenditures added hundreds of thousands more to the a campaign that spent more money on a primary than had been spent on both sides for that seat in the past decade.

Rogers is a retired Air Force fighter pilot colonel, frequent candidate and Phoenix businesswoman. She ran a slashing campaign against Allen, the descendant of a pioneering White Mountains ranching family and head of the senate education committee.

Rogers will face retired Army colonel, nurse and helicopter pilot Felicia French, who raised $214,000, but spent only $26,000, according to the most recent campaign spending and fundraising reports. However, outside “dark money” groups spent more than $45,000 attacking French.

The district sprawls across four counties. Rogers received 14,985 votes to Allen’s 10,231. Rogers piled up a nearly 2,000 vote margin in Flagstaff-dominated Coconino County and another 1,400 vote margin in Yavapai County. However, Rogers also eked out the most votes in Navajo County and Gila Counties, adding to a sweep across the board, according to the votes posted on the Secretary of State website on Wednesday morning.

The senate race got most of the attention in the primary, since the four state House representatives for the district were unopposed.

Incumbent Walt Blackman, a retired career Army sergeant from Show Low, pulled in the most votes in the House race, where voters can pick two. He raised $68,000 and spent almost all of it. Former Rep. Brenda Barton won the second Republican spot, after sitting out a term due to term limits. She raised $16,000 and spent about $5,000, according to pre-election filings.

Flagstaff Mayor Coral Evans was the only one Democrat sought the nomination for the District 6 House seat . She raised $219,000 and spent only $26,000, leaving her with a sizeable war chest for the general election. She has made education and healthcare the centerpiece of her campaign, but made no appearances in the eastern half of the sprawling district during the primary.

The House race for District 6 had an unusual wrinkle in the form of the campaign of Coconino County Supervisor Art Babbott as an independent. He goes straight to the general election ballot, having gathered about twice as many signatures to get on the ballot as the Democratic and Republican candidates. The Flagstaff businessman has played a leading role in forest restoration efforts and has campaigned as a pragmatic problem solver. He raised $55,000 and spent just $15,000.

Republicans have a comfortable registration advantage over Democrats in the district, however, Independents account for nearly a third of the voters and generally determine the outcome of the race.

Spending in the District 6 races set records and the Senate battle between Allen and Rogers was by far the most expensive legislative primary race in the state.

So for the first time in decades, Arizona voters could play a decisive role in the presidential race and determine which party controls the senate.

Moreover, the two House seats in District 6 could determine which party controls the state House and the senate seat could play a role in a much less likely Democratic effort to flip the state senate.

The slash and burn Republican primary in the District 6 Senate race offered a dispiriting preview of the general election — with Rogers railing against “socialist democrats” who hate the country and are determined to destroy it. Rogers, and the independent groups supporting her, sent out mailers and ran a barrage of ads suggesting Allen isn’t conservative enough to take on the socialists.

Sen. Allen has long ranked as one of the most conservative members of the Arizona legislature. She got her start in politics in the “Sagebrush Rebellion.” She proved adept at both tending to local needs and working for other regional and national political causes. She sometimes provoked national headlines with assorted statements, like saying the Earth is 6,000 years old, immigration threatened the “browning” of the state and rising carbon dioxide in the atmosphere would make crops grow faster. She also proved a staunch advocate for school choice, pushing state programs that provided vouchers for private and religious schools and advocating for charter schools. She at one point owned and taught in a charter school. She was ever-present in community gatherings and practiced genial, old-style, intensely local politics. She talked often about her sprawling family and many grandchildren and rose to leadership roles in the Senate. During her period out of the senate, she was a Navajo County supervisor.

The senate primary campaign opened with an unsuccessful attempt to challenge the signatures on Allen’s nominating petitions.

Rogers ran an ubiquitous series of ads and fliers claiming that Allen failed to support police and crime victims. The ads focused on Sen. Allen’s votes — or missed votes — on several obscure bills dealing with counseling and support for police officers and crime victims and moves to essentially eliminate the electoral college. The Allen campaign was slow to react to the allegations, which elevated procedural votes on minor bills to the center point of the campaign.

The Allen campaign hit back with sharp criticism of Rogers as a carpetbagger who lived in Phoenix instead of in a travel trailer in Flagstaff. State law requires state representatives — but not members of congress — to live in the district they represent. Rogers has run repeatedly for Congress and in 2018 won the Republican nomination in District 1, only to lose to Democrat Tom O’Halleran in the general election. At least one of her Republican opponents in that race has claimed she slandered him in campaign literature and statements. The Allen campaign maintained Rogers has no interest in the state legislature, much less District 6. Instead, Allen depicted Roger’s campaign as a stepping stone for another race for Congress.

Allan’s supporters also attacked Rogers for falsely claiming endorsements from business people in the district and prominent elected officials. Some of those endorsements dated back to Rogers’ 2018 congressional race.

Rogers swept across every district, according to the votes posted on the Secretary of State website on Wednesday morning.

Great Job Wendy, even people in Snowflake voted for Wendy....

Either cleaned it up or filled the swamp. $550,000 buys a lot of political favors!