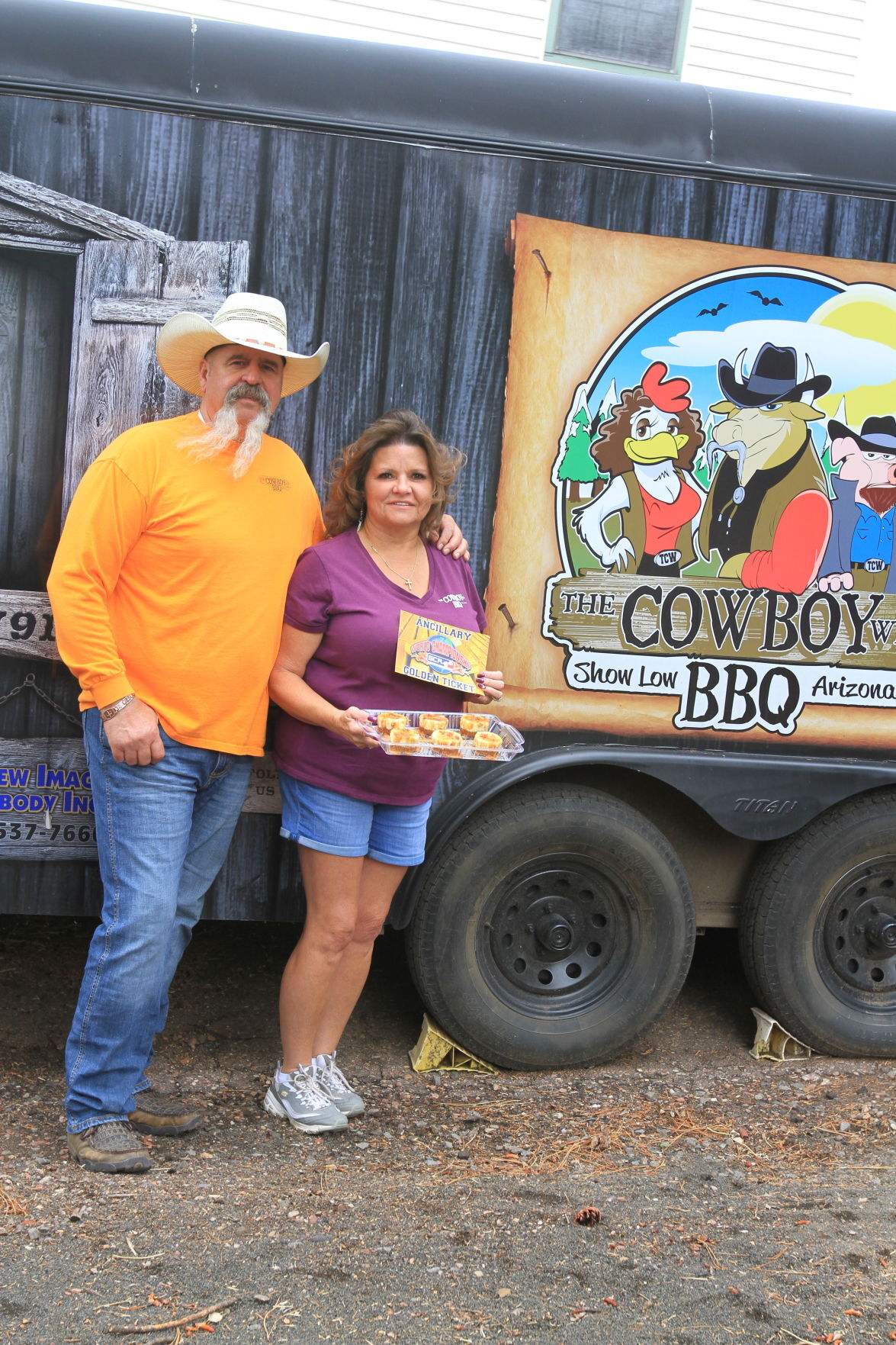 Show Low Mayor John Leech Jr. and wife Riala Leech with her winning cheesecakes and golden ticket to compete in the 2022 World Championship. 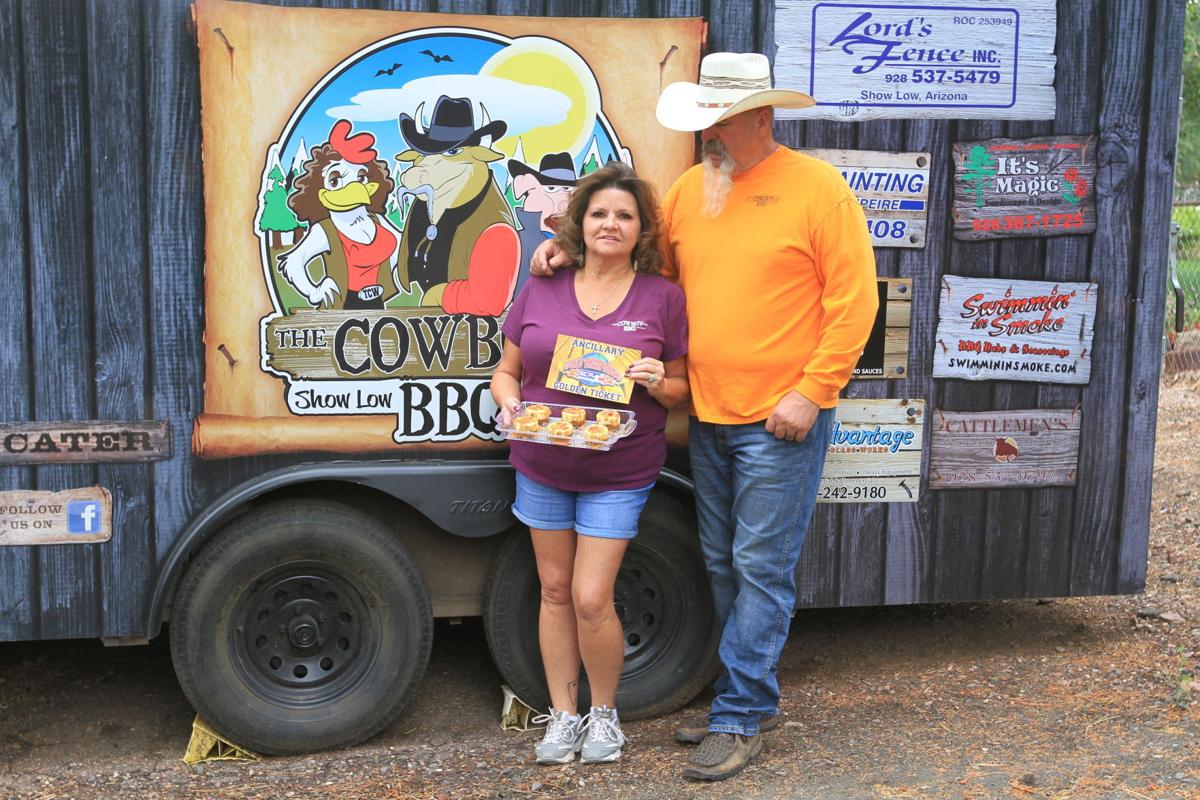 Show Low Mayor John Leech Jr. and wife Riala Leech with her winning cheesecakes and golden ticket to compete in the 2022 World Championship.

SHOW LOW — On her first try, Riala Leech hit a home run at the 2021 Wild Card Steak Cook Out, which means that Show Low’s barbecue power couple is headed to the Steak Cookoff Association World Championship in Dallas in March.

THE SCA World Championship is the largest steak cookoff in the world and gathers every winner of every SCA event worldwide for a grand gala competition in the Big D, which is where barbecue originated.

The couple met fortuitously at the White Mountain Cafe 33 years ago.

Now, three children and four grandchildren later, the two truly enjoy cooking together. They own the Cowboy Way BBQ, located in Show Low.

“This whole thing began with a dutch oven contest we drove past at a Bass Pro Shop about 12 or 13 years ago. It suddenly dawned on us that we would have fun doing that,” said Mayor Leech. “We entered a barbecue contest competition and we got 24th place in pork.”

“John got hooked and I came along for the ride,” said Riala, who has worked for the State of Arizona 30 years this coming November.

“As far as our team goes, this is the first time we have ever competed at the world championship,” said Mayor Leech. “We darn sure didn’t expect it would be with a dessert.”

These competitions always have an ancillary category, which is usually a meatloaf or a dessert. Riala decided to try her hand at a dessert for the first time and she won.

The judges do not leave a commentary, however she did get a little insight into what one thought.

“I overheard the event promoter say that one judge said it was the best dessert he had ever had in his life,” said Riala.

“I am so proud of Riala,” said Mayor Leech.

“We are a team and I’m so glad we get to participate because of my whim,” said Riala.

“I was going to do a maple bacon cupcake, because they taste amazing and they are my personal favorite, but I was told from others who consistently win competitions that it is the cheesecake that always wins, so I went with it and I don’t even like cheesecake, so imagine that!”

With one winning ticket to the international event, they have no plans of stopping there. Despite the demands of the job of running a city, the pair still hope to find the time to compete and win at least one more competition in the category they love — steak.

By the way, anyone who loves steak and wants to learn insider secrets to grilling up the perfect steak should consider attending the SCA USA Certified Judging Classes to become an SCA Certified Judge and then be eligible to judge SCA events anywhere in the world.

SCA judging classes are comprised of four parts. The first class is Ribeye 101, where you learn what makes a steak great. Next up is Table Captain 101, where students learn the ins and outs of the job of table captain. Then there’s Ancillary Judging 101 where you learn the judging process for all SCA ancillary categories – think cheesecake and meatloaf. Finally, Steak Judging 101 ties it all together with details of the entire steak judging process.

Class cost is $60 per person and you must be a member of the SCA which is $40 for an individual membership per year. But just think of the power of ribeye and salted caramel bacon cheesecake!