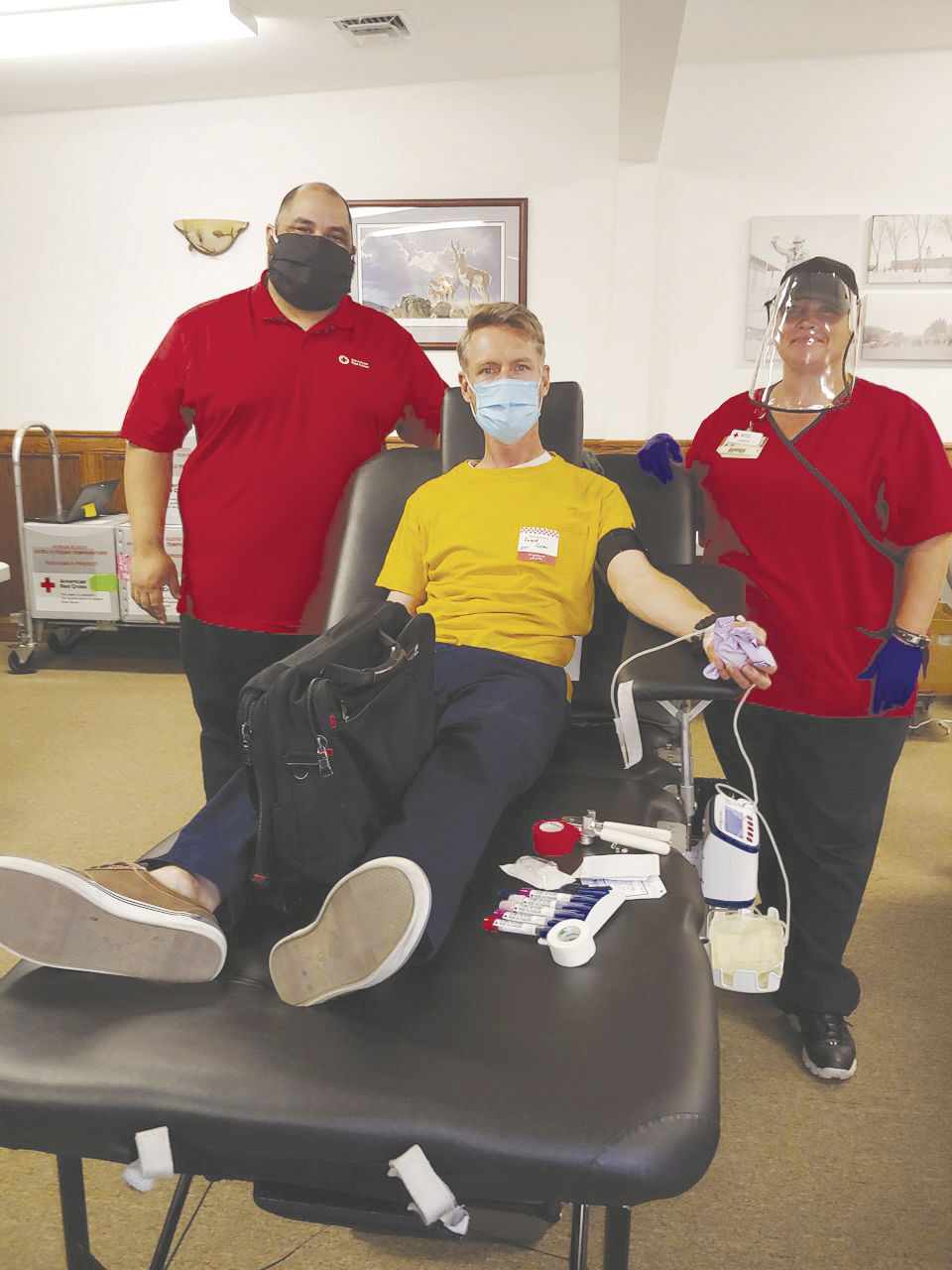 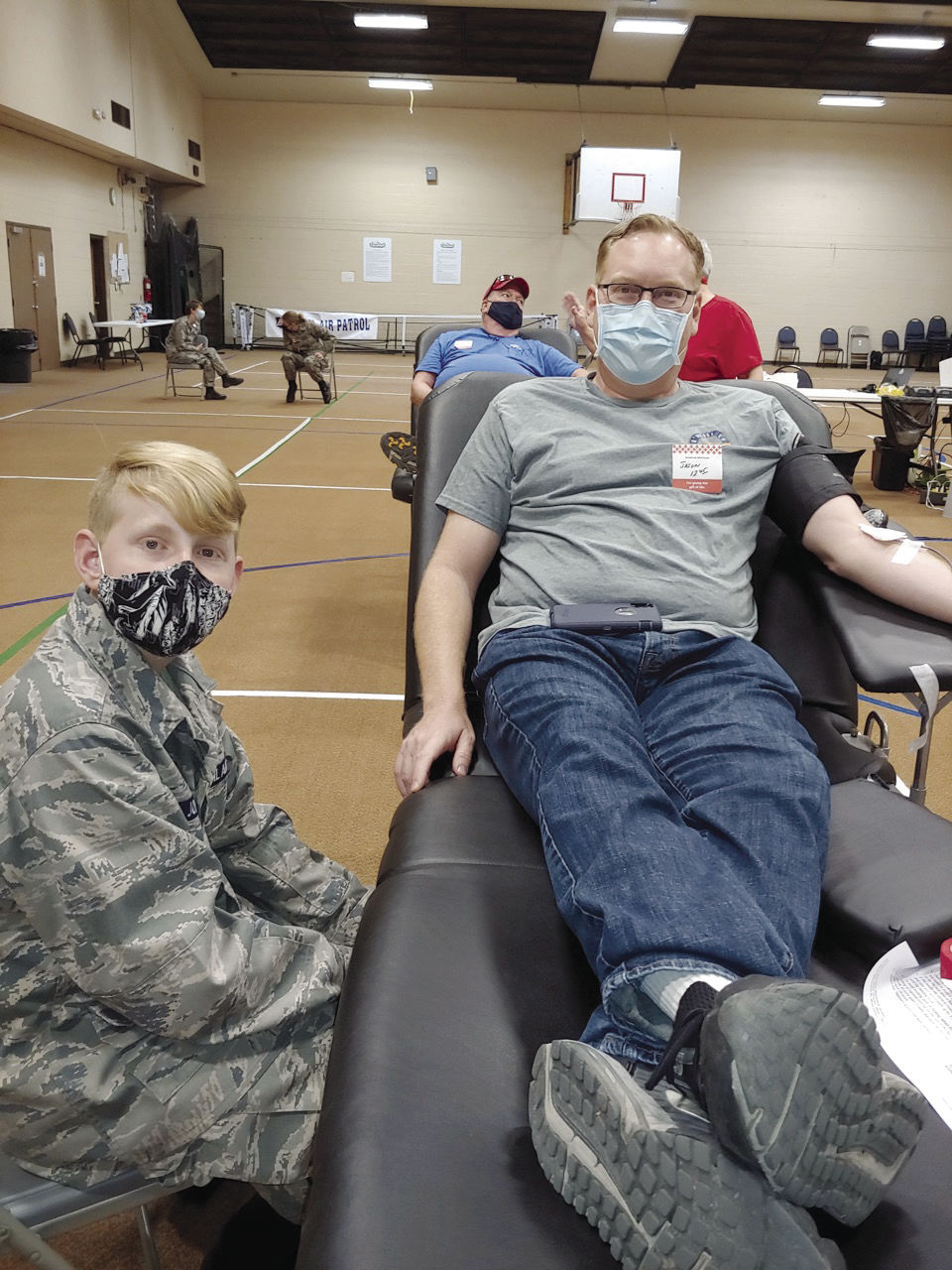 SHOW LOW — The Show Low Composite Squadron 210 of Civil Air Patrol hosted a three-day “blitz” of blood drives with the American Red Cross on Aug. 18 in the town of Springerville and Aug. 19-20 in the city of Show Low. The squadron members supported all three days with rotating personnel including adult and cadet members of the squadron. The drives netted 70 units of blood for the Red Cross.

“Squadron members enjoyed the opportunity to safely work together to support the emergency services mission as tasked by the Arizona Wing of Civil Air Patrol,” said Squadron Commander Lt. Col. Carol Schaubschlager. “Working with the two communities and the Red Cross provided a much-needed positive goal in this time of COVID-19.”

Some of the tasks that cadets were assigned were escorting donors to and from various safety stations and to their vehicles when the donation was completed. Cadets also assisted in handing out drinks and snacks after the donors were done with their donation. Adult members of the squadron supported by calling donors to remind them of their visits, logging in donors and keeping a close eye on all operations to ensure a safe mission and environment for all.

Cadet Airman Blake Johnson was provided a unique opportunity at the Show Low drive, when he was allowed to sit alongside his dad as he donated blood. His father, Jason Johnson, an emergency medicine doctor, is also a former CAP cadet in Prescott, Arizona.

“Dr. Johnson knows the importance of teaching our youth to be civic-minded, the spirit of volunteerism and just how vital the CAP cadet program is in supporting family values,” Schaubschlager said.

Cadet Johnson enjoyed the close-up experience and said, “It feels great to do my part for the community by assisting the Red Cross and to help in serving others.”

Springerville Town Manager Joseph Jarvis was first in line to donate blood at the drive held in the town of about 2,000 residents in the White Mountains of eastern Arizona. Jarvis said he was excited to bring this vital service to his community and looks forward to contributing to additional drives in the future.

The Arizona Wing has been assisting the Red Cross in Arizona by supporting temporary blood donation centers with their CAP facilities or coordinating with cities and towns to provide safe areas. With schools, churches, office buildings and other common donation sites closed due to the coronavirus pandemic, the Red Cross asked CAP to open its facilities to support the vital mission to keep blood supplies stocked. Since this mission began in April, 673 units of blood have been donated.

Seven additional blood drives will take place in September, hosted by four CAP squadrons in Eloy, Glendale, Mesa and Sierra Vista. The goal is to collect at least 750 units of blood by Nov. 1.

About the Civil Air Patrol

Civil Air Patrol, the longtime all-volunteer U.S. Air Force auxiliary, is the newest member of the Air Force’s Total Force. In this role, CAP operates a fleet of 560 aircraft, performs about 90 percent of continental U.S. inland search and rescue missions as tasked by the Air Force Rescue Coordination Center and is credited by the AFRCC with saving an average of more than 80 lives annually. CAP’s 66,000 members also perform homeland security, disaster relief and drug interdiction missions at the request of federal, state and local agencies. In addition, CAP plays a leading role in aerospace/STEM education, and its members serve as mentors to over 28,000 young people participating in CAP’s Cadet Programs. Visit www.GoCivilAirPatrol.com or www.azwg.org for more information.