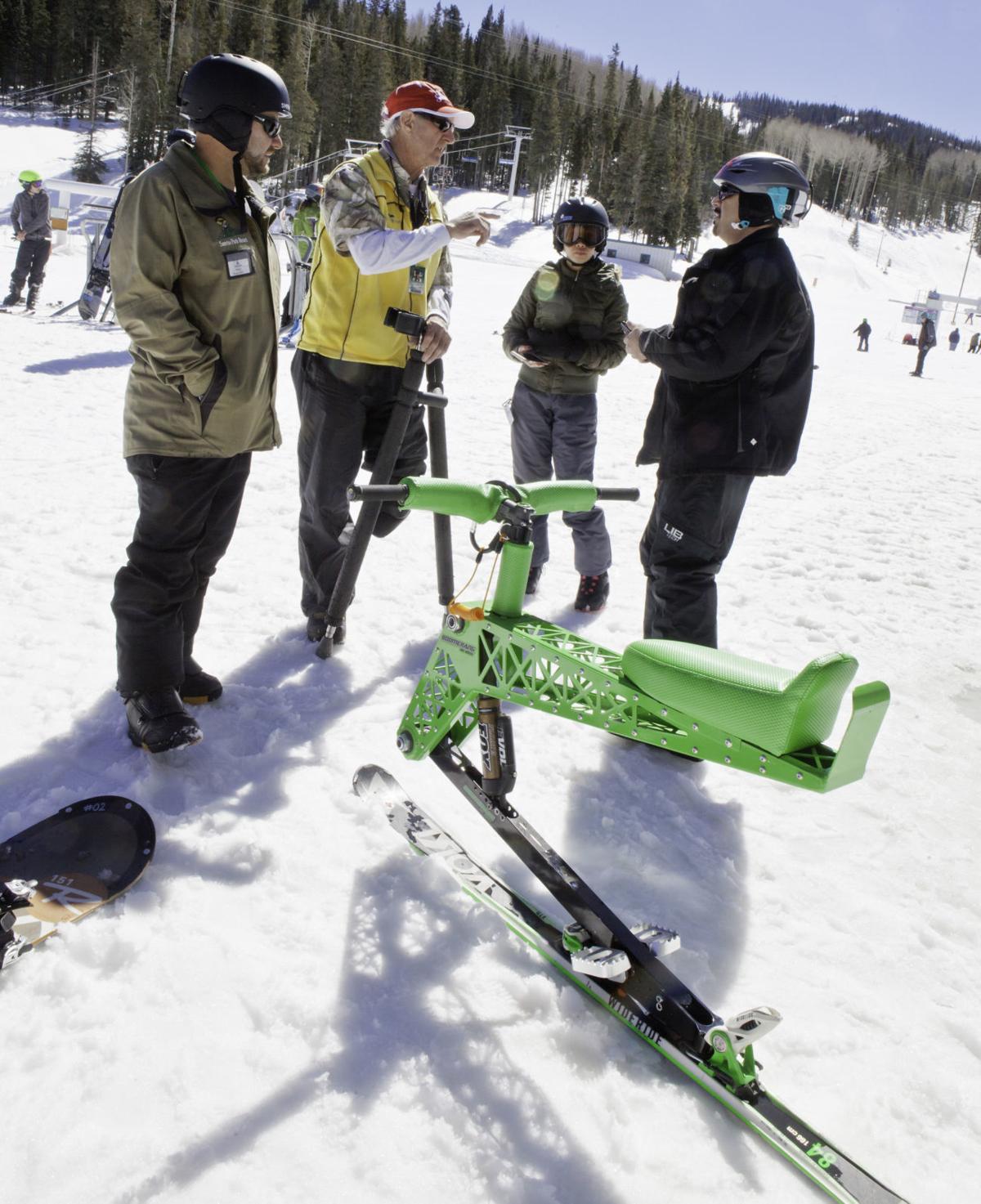 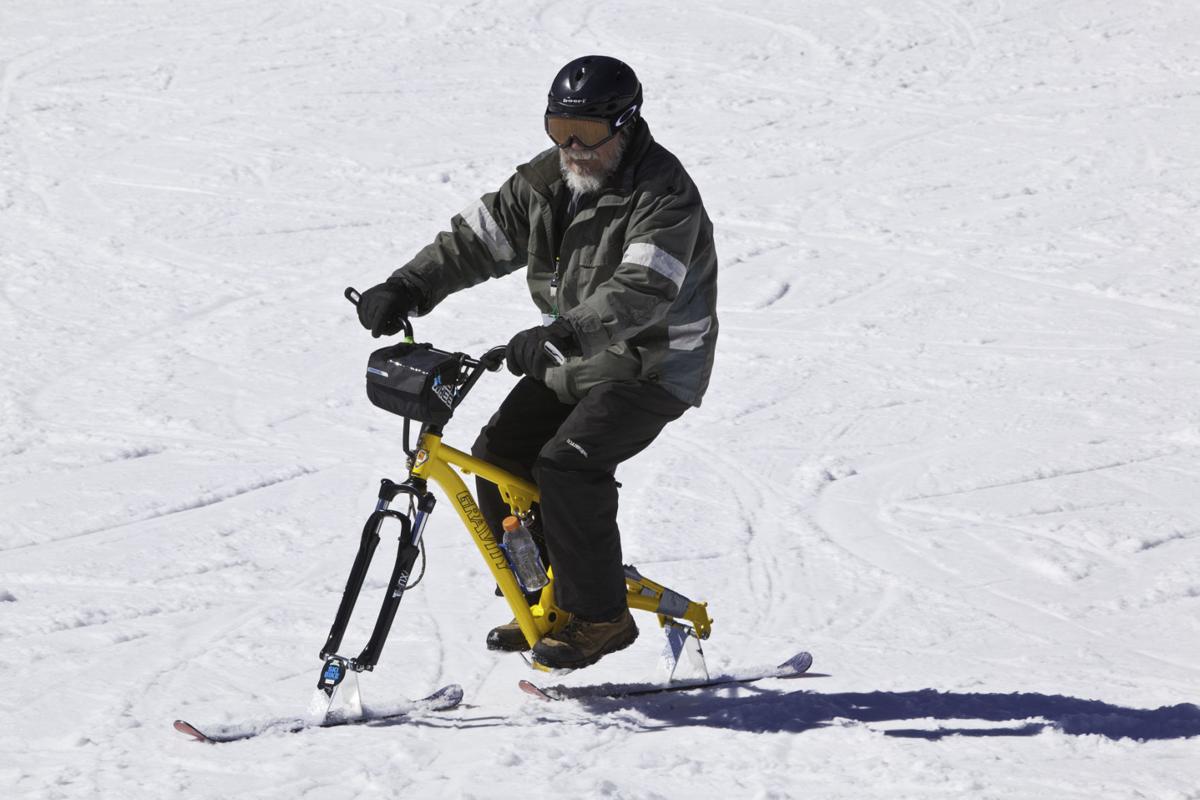 Jon Dahl put together a custom bike from mountain bike parts, because he had knee surgery and likes the way his legs can be slightly bent and not bent sharply while sitting. 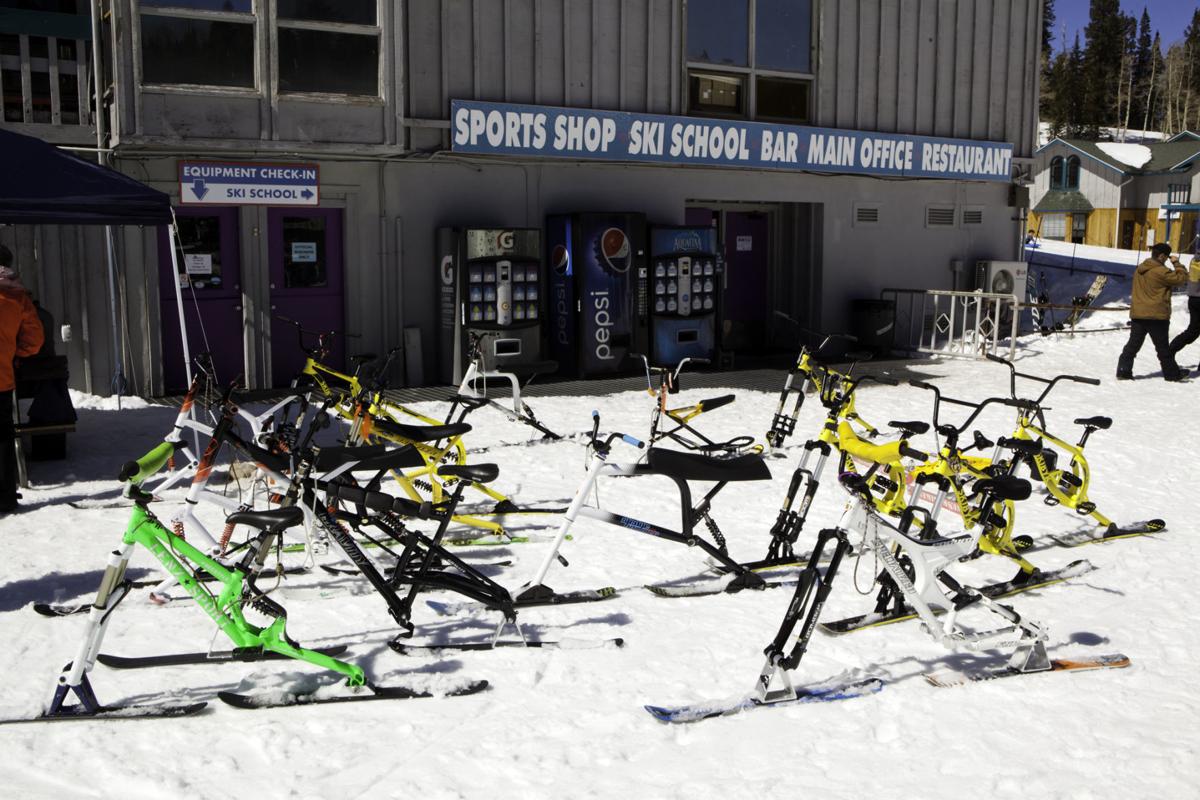 An assortment of ski bikes sit outside the lodge at Sunrise Ski Park during a demonstration Feb. 28. 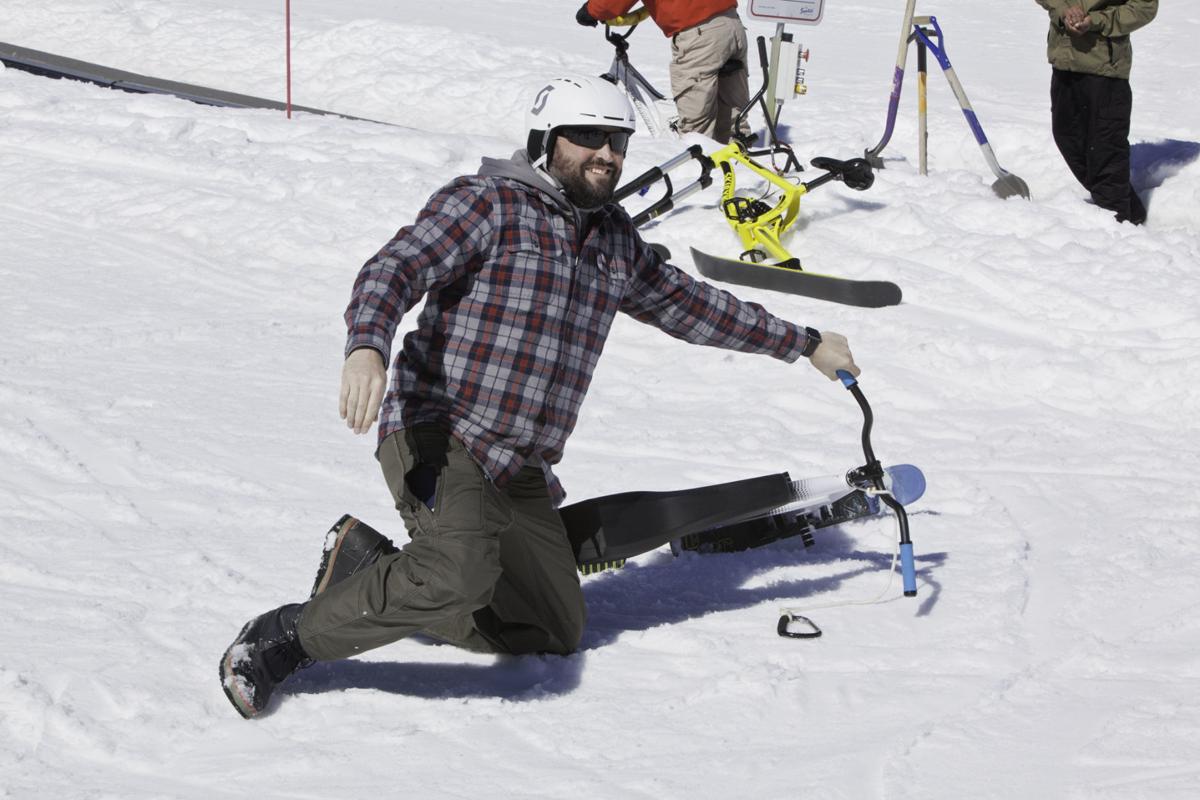 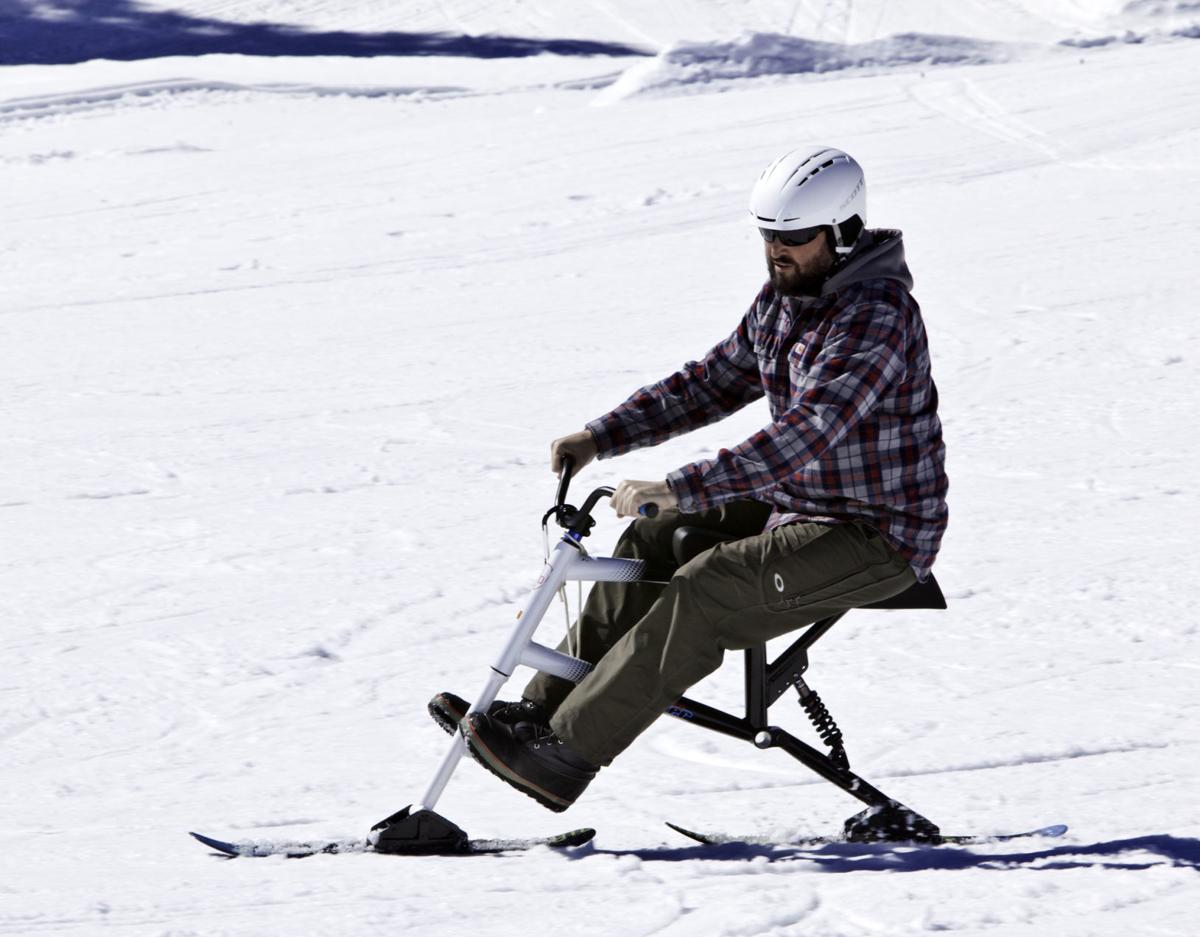 There are several styles of bikes. Some have foot-skis to help balance and steer, while some riders stand and some sit.

Jon Dahl put together a custom bike from mountain bike parts, because he had knee surgery and likes the way his legs can be slightly bent and not bent sharply while sitting.

An assortment of ski bikes sit outside the lodge at Sunrise Ski Park during a demonstration Feb. 28.

There are several styles of bikes. Some have foot-skis to help balance and steer, while some riders stand and some sit.

GREER — For several years Jim Weiland, Ski Bike Supervisor at Sunrise Park Resort, has been part of a program called Sunrise Adaptive Sports for people with disabilities and those with injuries to be able to ski on bikes.

This isn’t a new idea. According to Weiland, the bikes have been in Europe for 150 years, but they didn’t catch on in the states until about 1970. Still, the bikes were thought to cause injuries if they hit skiers, so they weren’t allowed in too many places.

Now, ski bikes are allowed at about 135 of the 350 resorts nationwide. The bikes allow disabled, injured or surgically hindered people to be able to ski with the rest of their family and enjoy the slopes. Ski biking is a low impact sport. It’s very similar to regular biking, so it’s easy to learn, which helps develop the sport’s popularity.

Many different styles of bike can be purchased, depending on if you want to be low to the ground, or up high, or standing.

Weiland hosted a demonstration held at Sunrise Feb. 28. About 25-30 riders, using the bunny hill and the “Surface Lift,” or the magic carpet, as locals call it, gave ski biking a try. Weiland said it takes most people about two hours to pick it up.

This hill is used for training, but once mastered, the bikes are allowed on all Sunrise slopes except two, at this time. Some of the lower reaches of those two black diamond runs may be open to experienced ski bikers, but you would have to have clearance from the resort on the details.

Weiland, of Eagar, said he owns about half of the bikes that were on hand for the demonstration. He teaches at Sunrise about 5-6 days a week. Some bikes are custom built, while others are factory-built. Some ski bikers build their own, and some build them commercially, such as Wayne Peterson, who was on hand with his wife, Carrie, to ride for the demonstration. Others may find complete models online or in sports shops. The bikes have shock absorbers and seats and provide for a comfortable experience. Even the few crashes that happened that day looked fairly harmless as speed can be controlled by making turns, just like a regular skier.

This year is the first year that the bikes have been allowed at Sunrise for able-bodied people. There was a fairly large group of bikes for the demonstration, so the future looks bright for the idea to catch on at Sunrise and beyond.

To find out more about the program, contact Jim Weiland at skibikejim@gmail.com.

Reach the reporter at bmartinson@wmicentral.com