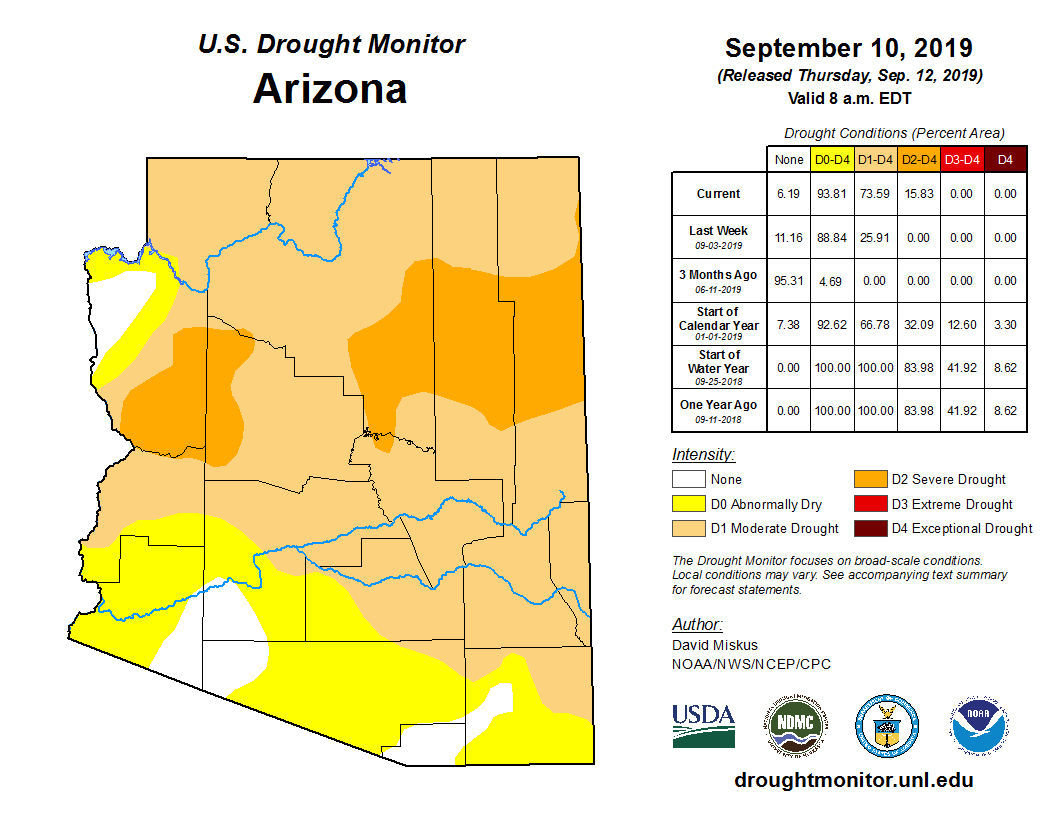 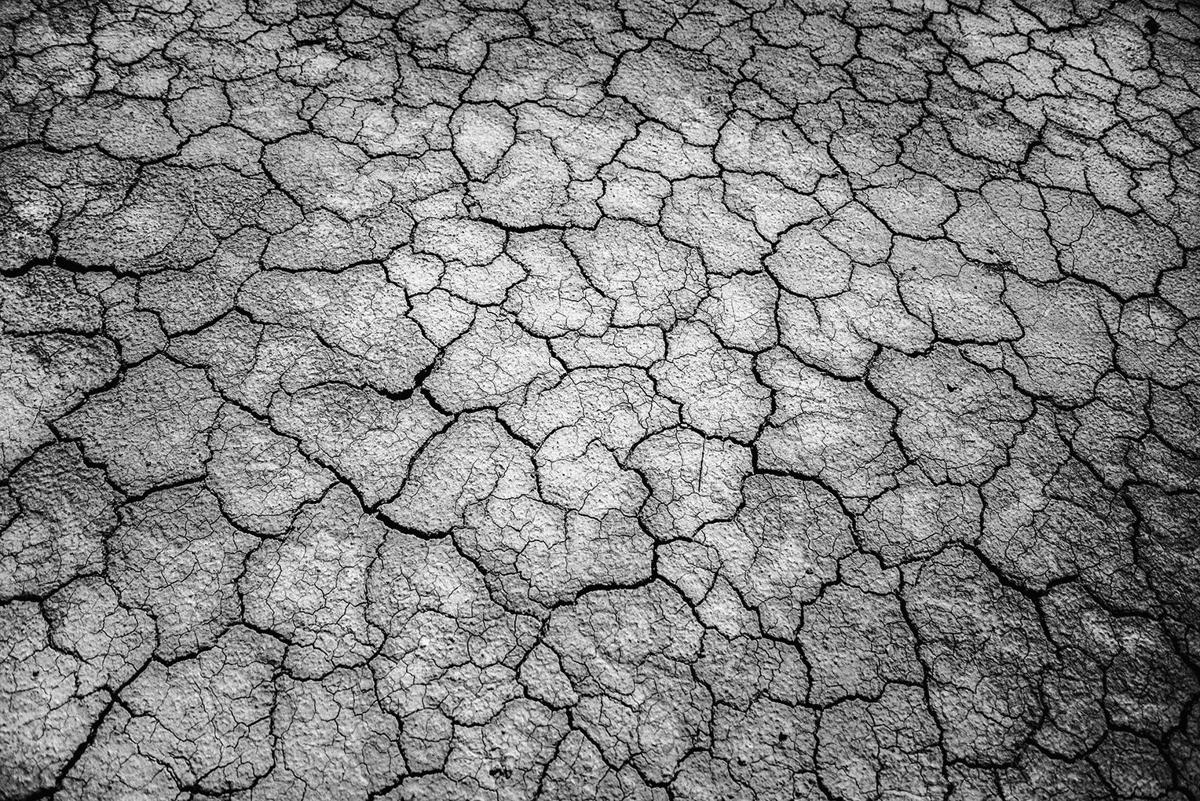 ARIZONA — The state is slipping back into drought, thanks to the sputter of the monsoon, according to the US Drought Monitor.

Almost the entire state has gone from a wonderfully wet winter to abnormally dry earlier this month. Much of the state is in moderate drought, and central Navajo and Apache counties are now in severe drought according to the Drought Monitor.

Moreover, reservoirs have dropped from their heartening, full-up condition at the end of the spring runoff season.

However, the US Weather Service remains glum, according to the latest posting on the drought monitor – which shows “moderate drought” in the northeast corner of the state – including most of Apache and Navajo counties north of the White Mountains. A chunk of the state along the Colorado River has also slipped back into drought.

Only a chunk of the state right along the Mexican border had enough monsoon rain to qualify as “normal.”

The Arizona State Climate Office notes that Arizona technically remains in drought, with only eight “normal” or wetter than normal rainfall years in the past 21. Most reservoirs in the Southwest are currently only about half full, with projections calling for the likely rationing of water from the giant Lake Mead in coming months.

The current drought exceeds the 20-year drought in about 1276 A.D. that many experts blame in some measure for the collapse of the Hohokam civilization and a network of connected cultures throughout the region.

Still, even one wet winter provides a vital cushion for years at a time. Roosevelt Lake is still 66 percent full, with about half a million useable acre-feet in storage. However, the inflow to the reservoir is only about 47 percent of average this week and the flow in the Verde River about 59 percent of average. Tonto Creek has dried up before reaching Roosevelt.

But don’t give up on skiing this winter just yet – despite the ebbing of a sea surface warming trend dubbed “El Nino,” which last year produced our wet winter.

“Although El Nino has decayed,” said the US Drought monitor website, “there are some weak signals that the next few months could be wetter than average across the state. However, above normal rainfall may not amount to a substantial accumulation as Arizona enters a drier time of year.”

The Old Farmer’s Almanac predicts “showery” weather throughout the Southwest this year, with low temperatures and “deep powder” for skiers.

The Farmer’s Almanac predicts a cool winter with “normal” precipitation.

The magazine keep its formula for seasonal predictions a secret, but both say that the presence of “sun spots” plays a role. These are cooler areas on the surface of the sun caused by disruptions in the star’s magnetic field.

And while we’re on the subject of the sun, some experts say solar activity is heading into what’s called the Maunder Minimum, signaled by sun spot patterns. The temporary decline in the sun’s energy output is generally blamed for the “Little Ice Age,” when global temperatures dipped by about 1 degree centigrade between 500 and 150 years ago.

Climate scientists are arguing over the signs of minor solar cooling and the likely overall effect. Some argue the effect will be overwhelmed by the effect of the buildup of heat-trapping gases in the atmosphere. Others predict a global cooling could have bigger impacts than the projected global warming.

Global warming, global cooling, drought, why not just live with what nature brings and stop complaining and trying to somehow blame man.