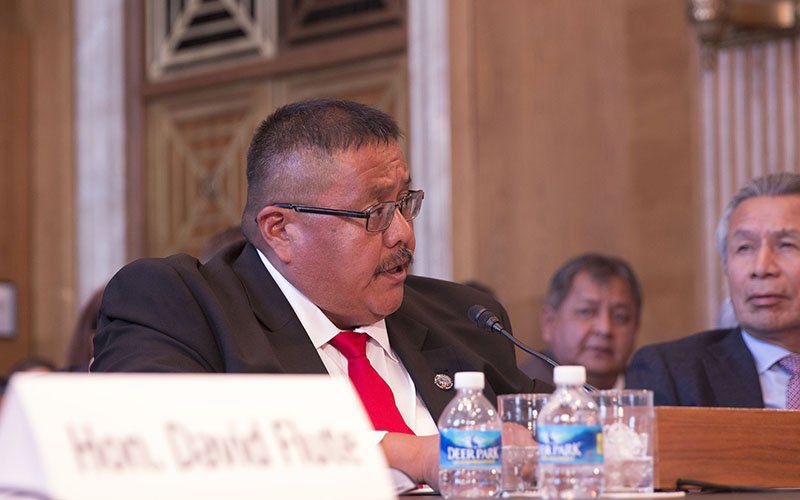 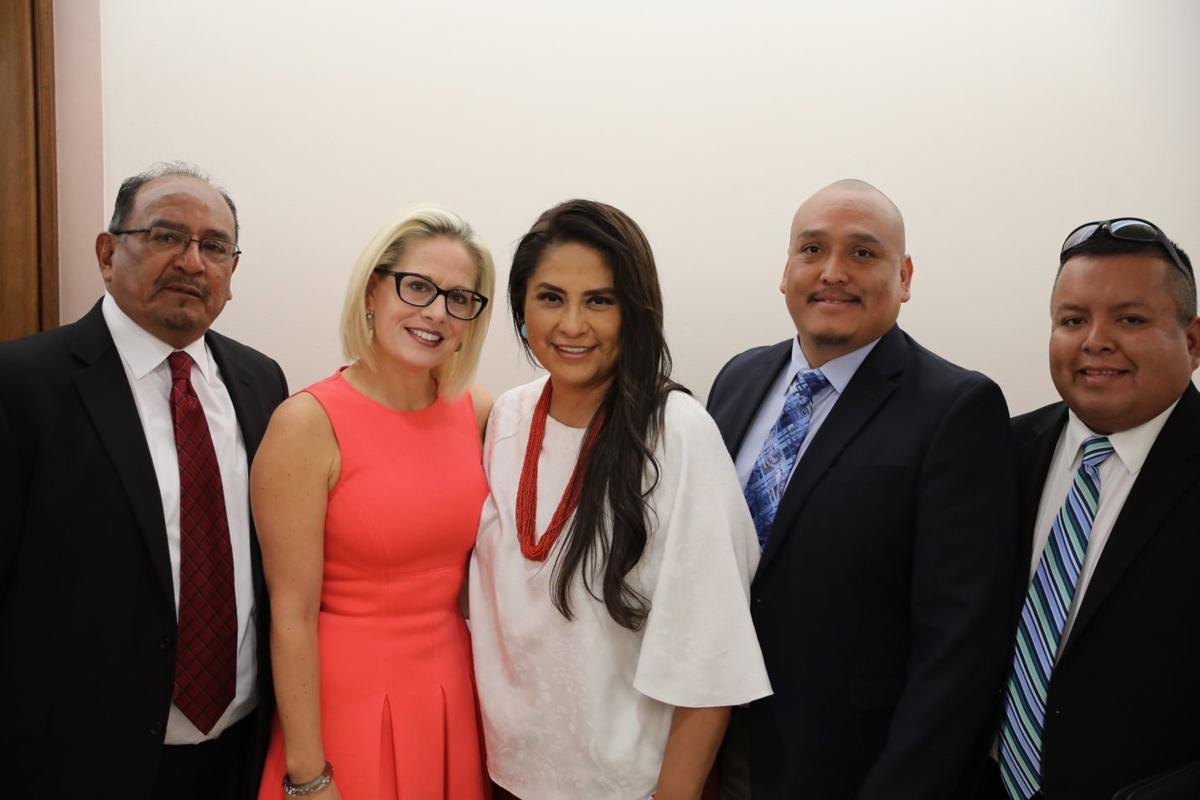 ARIZONA — Faced with a deepening water shortage, the Arizona legislature may try to use casino gaming compacts to pressure tribes into water settlements.

The move could affect the Tonto Apache Tribe, which has been discussing a water settlement for years.

It probably won’t affect the White Mountain Apache Tribe, which agreed to a water settlement several years ago, but still hasn’t received the promised federal funding.

One of the key targets of the ploy is the Navajo Nation, with a huge outstanding claim.

Several legislative leaders have floated the idea of refusing to approve operating agreements for tribal casinos if those tribes don’t hurry to the negotiating table to settle outstanding water claims, according to a story in the Arizona Republic.

House Speaker Rusty Bowers (R-Mesa) and Senate President Karen Fann (R-Prescott) have signed on as co-sponsors of House Bill 2447. The lawmakers want the tribes to settle their claims before the state renegotiates the agreements regulating how many slot machines and games tribes can offer at their casinos.

Six of the state’s 22 federally recognized tribes operate 24 casinos and six others have rights to casinos they lease to other tribes. The state and the tribes agreed to renegotiate the gaming contracts in 2016, with the state complaining it doesn’t get enough revenue from the current agreements.

Meanwhile, The Navajo Nation in 2016 agreed to a settlement of its century-old claim for water. The Navajo originally claimed rights to more than 160,000 acre feet, but ultimately agreed to settle for 81,500 acre-feet – mostly from Utah’s share of water from the Upper Colorado River basin.

Utah Sen. Mitt Romney plus Arizona senators Krysten Sinema and Martha McSally have so far been unable to get the settlement through Congress. The agreement would provide the Navajo Nation with $210 million for water infrastructure projects. The Navajo Nation has been hard hit by a decade of historic drought, which has continued even though this year winter rains have eased the drought throughout most of the rest of the region.

The move comes in the midst of a worsening, statewide water shortage. Last year, the seven states with rights to water from the Colorado River agreed to a system for rationing water from the river, which has dropped near to the level at which the federal government could cut off all water deliveries to Arizona and Nevada. Water claims by the Gila River tribes proved a major complication in that agreement.

Almost a century ago, the seven states divided up far more water than the river actually carries, and a decade of drought has created a crisis.

Many tribes have for decades sought water rights seemingly lost a century ago, when settlers begin building dams and diverting water from rivers that once flowed through tribal homelands.

Somewhere between a third and one-half of the Colorado River water flowing through the $5 billion Central Arizona Project (CAP) has already been used to settle outstanding claims.

Counties receiving water from the CAP had to agree to a management plan that would avoid pumping the underground water table dry. However, the rest of the state has no groundwater regulations. This has spawned a crisis, with industrial agricultural operations in many counties using so much water from expensive wells that water tables have fallen hundreds of feet. In many areas, private homeowners and businesses can’t afford to dig wells deep enough to get any water at all.

Meanwhile, the White Mountain Apache have already agreed to a water settlement in 2010, which came with the promise of federal money to build a dam on the White River to create a lake that would supply water to hard-pressed tribal communities.

The Tribe had claimed rights to as much as 175,000 acre-feet from the Black and White Rivers, which both feed into the Salt River. The water now ends up in Roosevelt Lake, which provides a big chunk of the water that sustains the Valley’s 5 million residents.

Other Valley cities like Mesa would lease additional water from the tribe. For instance, Mesa would lease nearly 3,500 acre feet for the next 100 years with a single payment of $7.8 million, according to a summary of the agreement by the University of Arizona Water Resources Research Center.

The White Mountain Apache water settlement has grown even more convoluted, despite having reached an apparent settlement years ago.

Back in 2010, Congress directed the US Bureau of Reclamation to design and build a rural water system for the tribe, including a dam, pumping plant, reservoir, treatment facilities and distribution system to supply Whiteriver, Fort Apache, Canyon Day, Cedar Creek, Carrizo and Cibecue. Those communities have suffered frequent outages and water quality problems for at least the past 20 years. The project would also provide flood control benefits while generating hydropower and improved downstream flows and habitat.

The settlement promised $125 million in federal funding to build a 160-foot-tall dam 7.5 miles south of the intersection of Highway 260 and Indian Route 73 yjaycould create a 160-acre reservoir that would store 8,600 acre-feet of water. The distribution system would involve 60 miles of pipeline. The cost ballooned to $200 million due to geological problems with the site.

Congressman Tom O’Halleran sponsored a bill to fund the project in 2018, but fresh problems arose when Democrats added a provision requiring that the construction comply with national fair labor laws. Senate Republicans refused to approve the bill, since projects on reservations typically haven’t been required to abide by federal labor laws when it comes to things like paying prevailing wages and union provisions.

Late last year, Sen. Sinema convinced the senate to pass a measure that extends the deadline for funding the project. So a decade after the Tribe agreed to a settlement, the federal government has still not moved forward.