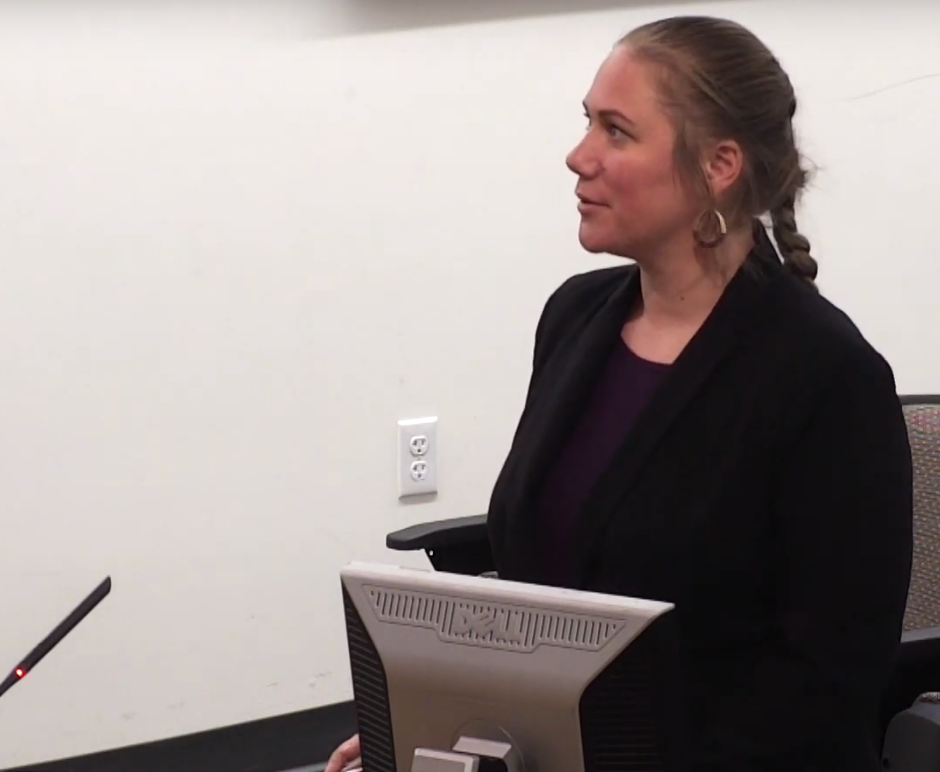 “There are also some social determinants of health that are important to understand about our community,” explained Allison Hephner of the Navajo County Public Health District to the Show Low City Council in the Nov. 20, regular council meeting. 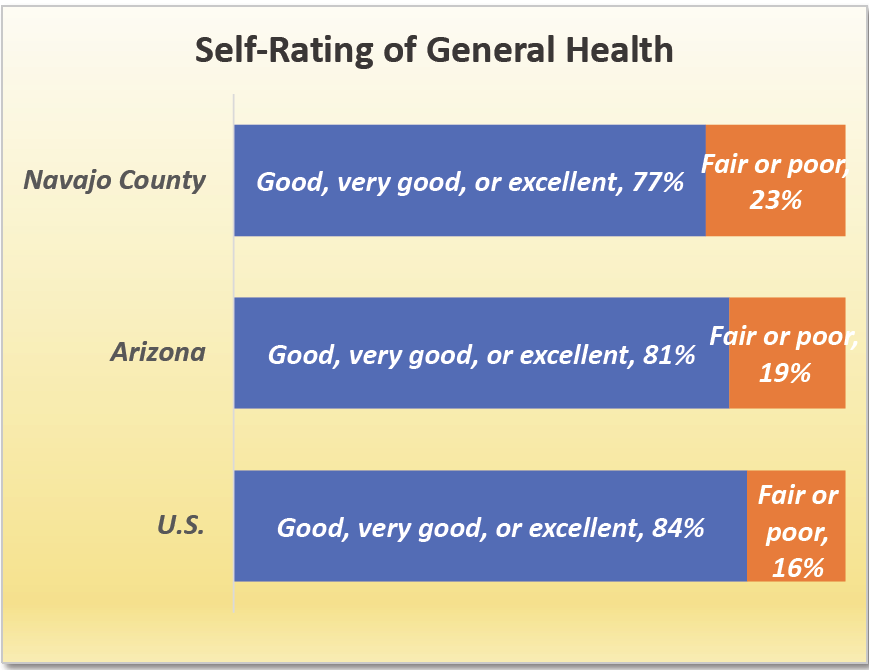 “There are also some social determinants of health that are important to understand about our community,” explained Allison Hephner of the Navajo County Public Health District to the Show Low City Council in the Nov. 20, regular council meeting.

With 108,956 residents in 2017, the study compiled the results of epidemiological data, two focus groups, a formal written survey and meetings among local leadership within the county.

“I’m proud to say we had 1,108 people complete the survey which is a significant amount of people,” said Navajo County Public Health District representative Allison Hephner. “We also had a focus group in Winslow and Show Low to kind of dial down what we saw in the survey and really dial down deeper into what the community felt about our health needs.”

So how did Navajo County residents rate their overall health as a community?

Sixty-six percent of survey respondents rated the health of Navajo County as “fair,” or “poor.” Only 2 percent rated it as “excellent” and 32 percent gave the county a “good” rating.

Serious health problems including substance abuse, mental health, suicide and poverty were among the top concerns of Navajo County residents.

Sexually transmitted diseases like chlamydia and gonorrhea measured epidemic numbers in 2017, were also in the top five when it came to health concerns.

Navajo County’s rate of suicide is more than twice that of the United States,” stated the report. The assessment also stated that there were “... over 2,000 emergency room visits in 2017 for mental disorders of all types and over 900 in-patient visits for mental or emotional conditions, and an estimated 40,000 outpatient contacts for general mental health, serious mental health, or substance abuse counseling in one year.”

“In 2016, the rate of deaths related to alcohol in Navajo County (65.9 percent) was almost four times higher than the rate for Arizona (17.6 percent),” states the report.

Substance abuse including alcohol, opioids, illegal and prescription drugs were the most frequently chosen issue as a top health priority for the county. In fact, 62 percent of the participants chose this issue “more than 25 percentage points higher than any other issue.”

Another staggering statistic relates to obesity in Navajo County which was found to be “two times higher than it is Arizona.” The study reported 3,483 emergency room visits in one year due to diabetes which supports studies that show a link between obesity and diabetes.

“Most patients with Type 2 diabetes are obese, and the global epidemic of obesity largely explains the dramatic increase in the incidence and prevalence of Type 2 diabetes over the past 20 years,” says the U.S. National Library of Medicine and National Institutes of Health.

The study also concluded that “American Indians/Native Americans are are more likely to be obese, be diagnosed with diabetes, die from injuries, or die from alcohol-induced causes.”

Cardiovascular disease and cancer were “the number 1 and number 2 leading causes of death in Navajo County,” according to the report. The most common types of cancer diagnosed in the county were reported as follows: breast cancer (42.2 percent), lung and bronchus (36.3 percent), prostate (33.5 percent), colorectal (31.4 percent), kidney/renal pelvis (18.2 percent), thyroid (17.8 percent, cutaneous melanoma (13.7 percent) and non-Hodgkins lymphoma (13.6 percent), respectively.

“Births to teen and unwed mothers tend to predict poorer health outcomes for infants,” according to the study and public health experts. Ten percent of all births in Navajo County in 2016 were births to teen mothers. Six percent of the births were to women 18-19-years-old and the remaining four percent were to women 15-17-years-old. There were no reported births to mothers under the age of 15.

Other factors that impact health, according to the study, are education, the environment, economy, housing, access to care, transportation, literacy, hunger and isolation.

The use and abuse of opioids, other drugs, and alcohol use are recurrent themes that appeared in the study’s summary. “Substance abuse likely contributes to other issues such as motor vehicle accidents, domestic violence, suicides and more,” stated the report.

Suicide was another area of high concern for residents of Navajo County.

Last but not least, “joblessness and the economy have contributed to poverty in the county and many live below the poverty level,” read the report. “This leaves many without health insurance, a group that residents consider most to have unmet needs. This also leaves many without transportation, running water, or a safe place to live.”

Next steps and the end goal

Organized and led by the Navajo County Public Health Services District, the Community Health Assessment, (CHA), is only phase one in a larger plan. That plan is “... to create a public health system in which all organizations are coordinated and communicating with each other to make the system as efficient and effective as possible.”

“Right now we are in the action stage,” says Hephner. “We have developed goals and strategies directly from the priorities determined by reviewing the data, surveys and focus groups.”

To view the assessment in its entirely, visit Navajo County’s website at www.navajocountyaz.gov.

"In 2016, the rate of deaths related to alcohol in Navajo County (65.9%) was almost four times higher than the rate for Arizona (17.6%). Substance abuse including alcohol, opioids, illegal and prescription drugs were the most frequently chosen issue as a top health priority for the county. In fact, sixty-two percent of the participants chose this issue "more than 25 percentage points higher than any other issue."

How childhood trauma impacts our families, our work, our future

SNOWFLAKE – Navajo County residents, including children, face a number of serious problems that affect the county’s health and well-being. The…