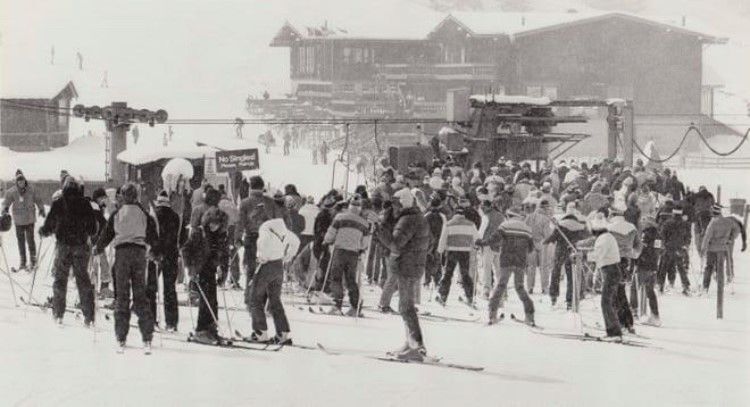 Celebrating Sunrise Park Resort some 24 years after its creation, snow enthusiasts validate the vision of young WMAT Chairman Ronnie Lupe who heard Arizonans when they asked if they could come play in the snow on the WMAT homeland. 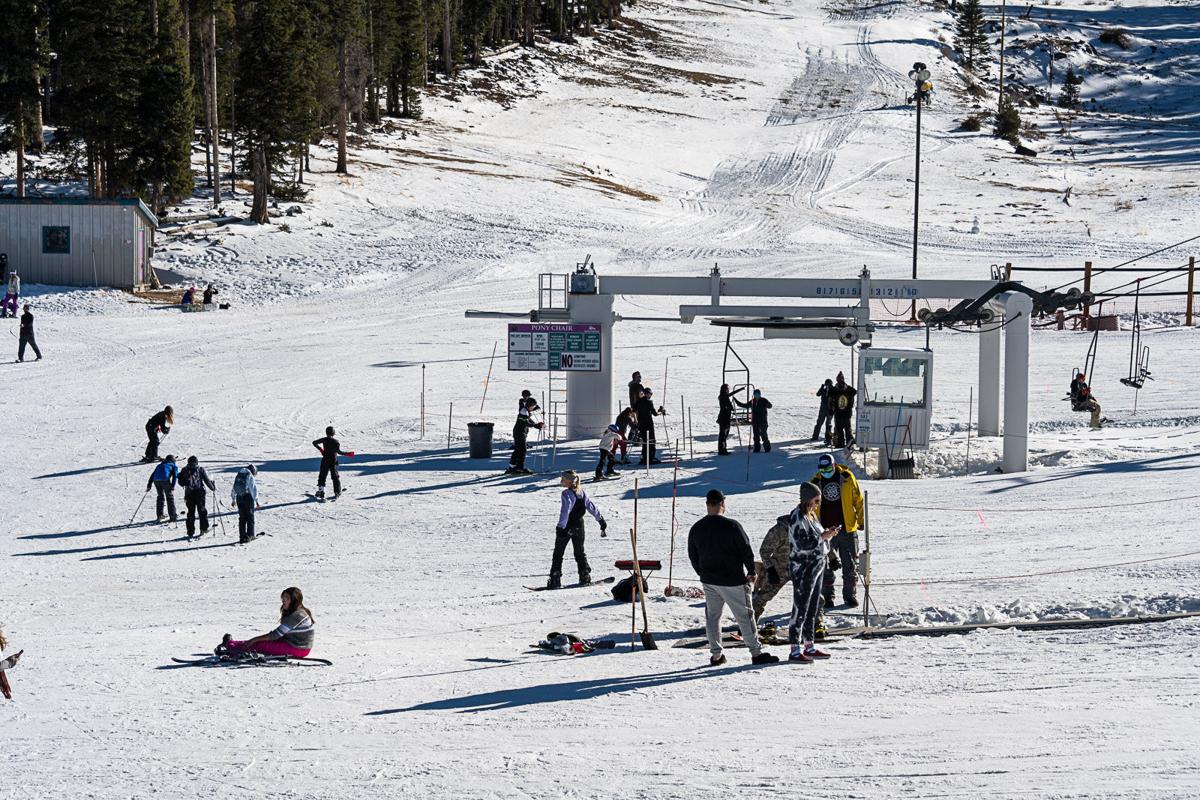 Waiting on more snow, and getting ready for the ski enthusiasts to arrive last December (2020) — before the recent big snow — Sunrise Park Resort was worked daily to ensure the season was off to a good start.

Celebrating Sunrise Park Resort some 24 years after its creation, snow enthusiasts validate the vision of young WMAT Chairman Ronnie Lupe who heard Arizonans when they asked if they could come play in the snow on the WMAT homeland.

Waiting on more snow, and getting ready for the ski enthusiasts to arrive last December (2020) — before the recent big snow — Sunrise Park Resort was worked daily to ensure the season was off to a good start.

It was the vision of the late White Mountain Apache Tribal Chairman Ronnie Lupe, a young chairman in those days, who had a vision — a vision that did not come to fruition without some major convincing of the Tribal elders.

With their Golden Anniversary set for Saturday, Feb. 13 to Monday, Feb. 15, validation of that early vision and Lupe’s leadership for the White Mountain Apache Tribe (WMAT) is a dream come true.

Lupe was elected to council in 1964 at age 34. He subsequently was elected as chairman in 1966 and then re-elected for a total of nine terms until he retired in 2017.

Before understanding the obstacles faced by young Lupe in obtaining the blessing of the elders for a ski resort, it helps to paint a picture of the political and cultural climate of the WMAT during the late 60s and early 70s.

According to Chairwoman Gwendena Lee-Gatewood’s Chief of Staff Jerry Gloshay, who was appointed by Tribal Resolution to be the driver for Lupe during his later years, the governing body of WMAT were the elders who were much respected and when they made a decision, it was final. When the elders directed young people to do something, they did it. There was AM radio, not much television and not many Tribal members had vehicles. People had no idea they were poor because they were happy. Food was cheap and readily available and they had jobs. WMAT cattle was still big at that time and nearly every family spoke Apache fluently.

During the time that Gloshay had the privilege of driving the elder Lupe to various meetings, he said the Chairman did not like to listen to the radio because of his age.

“I did the driving so we talked a lot and I asked him many questions without interrupting,”said Gloshay.

Lupe told Gloshay about Sunrise. He said that first winter after he became chairman he received a lot of letters in the mail and phone calls from all over Arizona from people asking if they could cross country ski, snow tube or just come and play in the snow on the White Mountain Apache homeland. Lupe had no problem with the requests but they came so frequently it became overwhelming. He realized that people loved snow and wanted to play in it. He took that information to the Tribal council with the suggestion of developing a ski run. It was an overwhelming no — not because they did not want an enterprising opportunity for the Tribe, but they believed Lupe meant for it to be on Mount Baldy, the Tribe’s Sacred Mountain, which is not too far from Sunrise, and strictly forbidden.

The WMAT, along with the the Navajo and San Carlos have four holy mountains. Mount Baldy is the most eastern mountain among the four mountains that is important to WMAT.

Each of the four directions has a sacred color in chronological order, clockwise, for the holy mountains. East, where Mountain Baldy is, is black. The other colors are blue for south; yellow for west and white for north.

Since Mount Baldy faces East, it is where the sun comes up — the beginning. The color black associated with it represents the Universe, the beginning before the earth was created.

Gloshay said that long ago they were taught to rise early and face the east and in the new day ask for a blessing and safety for the family. Though circular, a lot of wikiups faced east, so they could do their daily prayers and face the Creator on awakening.

Though Lupe was disappointed the elders said no to the ski run, he believed they misunderstood the location, and he did not want the Tribe to lose out on an opportunity. He did not give up. He made a number of personal visits to the elders and at the next meeting he asked them to consider joining him on a field trip to see that the location he was talking about was closer to the highway going to Springerville. They agreed to go take a look and he took them to the wilderness area which was very thick and wild at that time. Afterward, they discussed it and agreed to allow the ski run to be built.

Gloshay said the the chairman was very happy that the elders saw his vision and that as a young man he could lead, develop and follow through with a plan and put people to to work.

“The elders back then were very tough,” said Gloshay. “They were firm and disciplined. Their number one concern was the people and the ski run was the start of an illustrious career for the chairman.”

Gloshay said Lupe wanted to give the ski area a name that would not be forgotten. He chose Sunrise because of the Sunrise Dance Ceremony which is a very important ceremony performed for a young Apache girl when she reaches puberty and is thought to be pure. Because of the dance and the east and the black mountain, he believed it all gelled together.

Toward the end of his career, with the ski resort in full swing, Gloshay said the chairman went up to the top of the Mountain on a large vehicle like a CAT and was laughing and giggling like a kid. He took the lift to the top and went into the Midway Cafe seemingly in deep thought.

“Having come full circle in his life, I believe he shed a tear,” said Gloshay. “He came back to me and we returned to base and went home.”