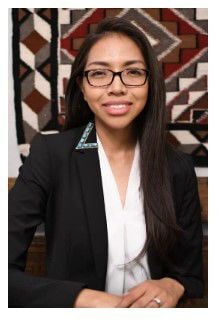 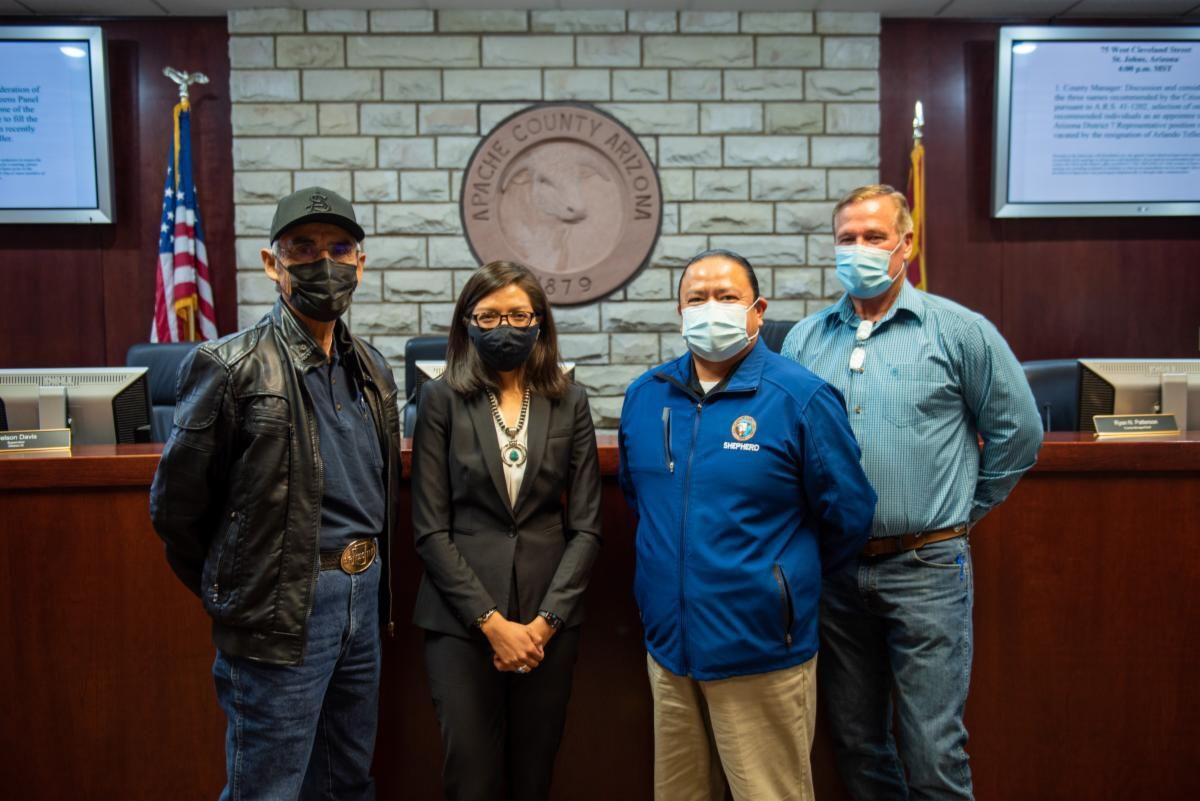 Blackwater-Nygren, 25, has a law degree from ASU and an undergraduate degree from Stanford and clerked in the Navajo court system. She lives in Red Mesa and will serve out Teller’s term. While in law school at ASU, she worked for the Indian Legal Clinic at the university.

First elected in 2018, the re-elected Teller resigned to accept a position in the U.S. Department of Transportation.

The state Democratic party hailed her appointment, having previously urged the supervisors to replace Teller with another Democrat.

“We congratulate Rep. Blackwater-Nygren and know she will serve the constituents of Legislative District 7 well. We look forward to working with her and wish her the best of luck I her new role,” the party stated.

Navajo tribal President Jonathan Nez also hailed the appointment to a seat that includes a large swath of the Navajo reservation and much of northern Apache and Navajo counties.

“We had the opportunity to recognize her and her colleagues during a graduation ceremony when she completed law school and now, we are proud to see her in a position to serve and represent our Navajo people at the state level. We always tell our young Navajo people to get their education and help our people, and that’s what Rep. Blackwater-Nygren is doing. As the legislative session continues in Arizona, we are looking forward to working with her on many issues,” Nez said.

She commented, “Ahe’hee’ to everyone who has supported my appointment to this position. I am humbled to be your Arizona House of representative. I look forward to working with the people of LD7,” said Blackwater-Nygren following the appointment.

Navajo Nation Vice President Myron Lizer said, “It’s very exciting to see so many of our young professionals pursuing their education and giving back to our people in many ways. I look forward to working with Rep. Blackwater-Nygren to advocate for issues that benefit our Navajo people. Congratulations to her and her loved ones. We pray for continued success in her new endeavor.”

Fresh out of law school, Blackwater-Nygren will step into a closely divided Legislature. The Republicans control the House by a 31-29 margin. In past legislative sessions, Democratic bills have rarely escaped from committee hearings and almost never made it to a vote on the floor. Republicans also control the Senate — by 16 to 14. So Democrats have a hard time getting any legislation passed — especially a young freshman.

However, Arizona has become a swing state this year — with Democrats winning a statewide U.S. Senate seat and the presidential vote. The heavy vote for President Joe Biden and Sen. Mark Kelly on the Navajo reservation played a key role in their narrow victories. Coupled with Teller’s move to Washington, Blackwater-Nygren could play a role in bringing federal grants into the district.

The Navajo reservation has been battered by the pandemic, at one point suffering among the highest rates of spread in the world. The pandemic cast a harsh light on the lack of water and electricity for many on the reservation, as well as festering problems with schools and health care.

The Biden administration has vowed to improve conditions on the reservations, especially the Navajo reservation.

This could give Blackwater-Nygren a lot more clout than a typical appointed freshman — at least when it comes to advocating for the district with the federal government.

Does this mean to heck with the rest of the district?

I look forward to working with Rep. Blackwater-Nygren to advocate for issues that benefit our Navajo people.

What about the rest of us?

Hold on there, she said:

" I look forward to working with the people of LD7,” said Blackwater-Nygren

Question: Why does Apache County Board of Supervisors have the responsibility to appoint a replacement for District 7? District 7 also includes Mohave, Navajo, Coconino, Gila and Graham Counties...