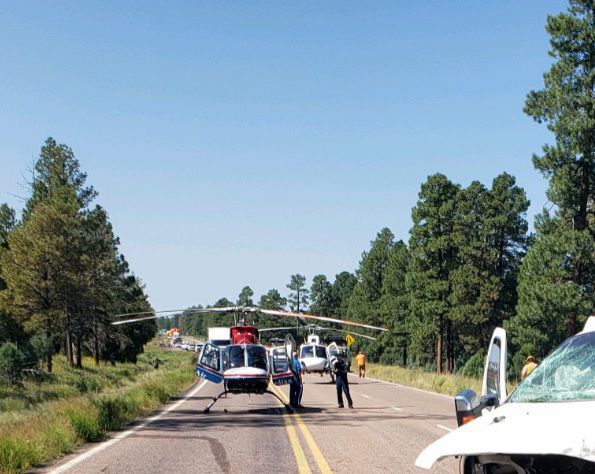 Multiple agencies responded to the head-on collision on State Route 260 at mile marker 301 which resulted in a fatality Friday. 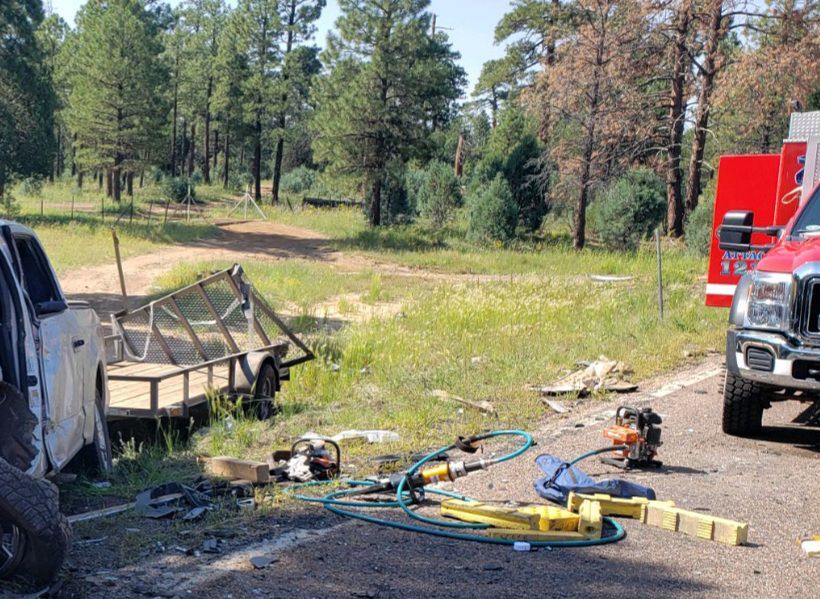 Two pick up trucks and a Jeep were inolved in a fatal head-on crash on State Route 260 on Friday, Sept. 10.

Multiple agencies responded to the head-on collision on State Route 260 at mile marker 301 which resulted in a fatality Friday.

Two pick up trucks and a Jeep were inolved in a fatal head-on crash on State Route 260 on Friday, Sept. 10.

HEBER-OVERGAARD — A three-vehicle head-on collision occurred on Friday, Sept. 10 at 8:45 a.m. on State Route 260 at mile marker 301, closing the highway in both directions until approximately 1:30 p.m.

The vehicles involved were identified as two pickup trucks and a Ford sedan, authorities state.

According to an email from the Media Relations Department of the Arizona Department of Public Safety (DPS), one person was pronounced dead at the scene. One person was flown to Flagstaff Medical Center for treatment and two others were flown to Phoenix area hospitals. One of the injured persons was reported to have life-threatening injuries.

Lemon was in one of the eastbound vehicles.

I think we need a big bunch of infrafracture money to be taken seriously to fix this ongoing death threat.

no matter the law somebody will always be in a hurry. And decisions like that are why we have theses crashes. People are arogent and don't care about anybody else but themselves and having to get where they are going with no regard to other peoples lives.