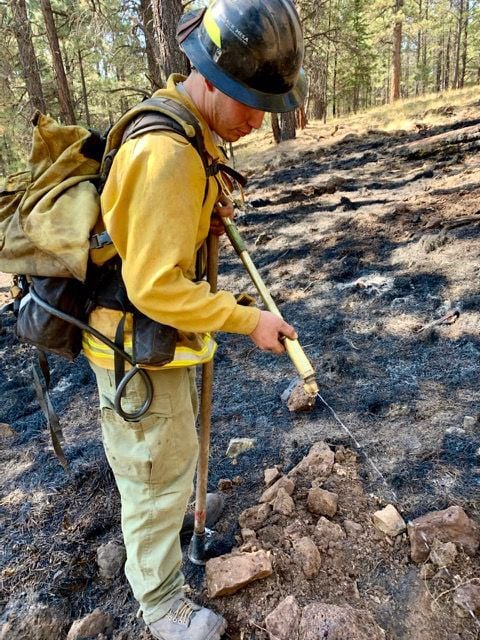 USFS crews mop up on the Jake Springs Fire located 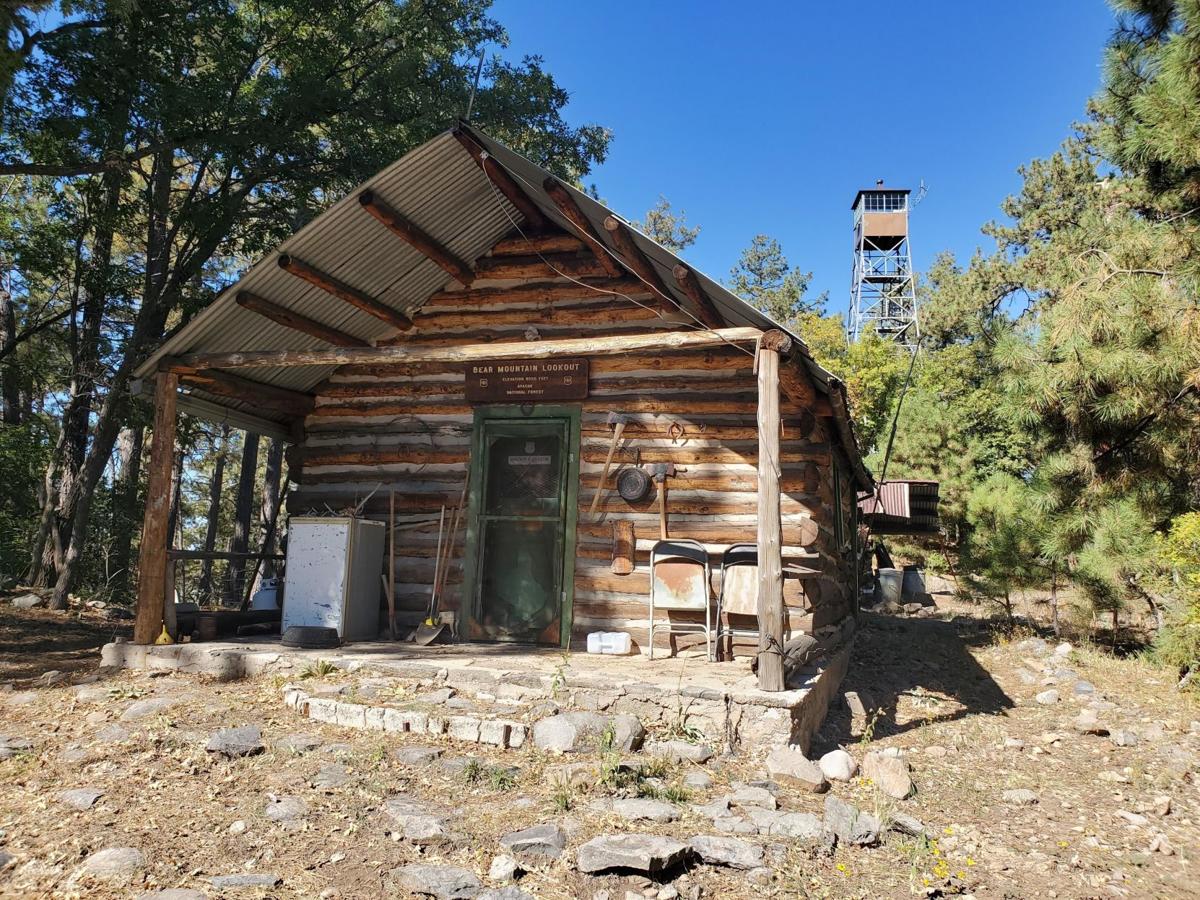 The historic Franz Cabin called Bear Mountain Lookout has been protected from the Cow Canyon Fire. It is no longer threatened according to Friday’s press release update on the fire. 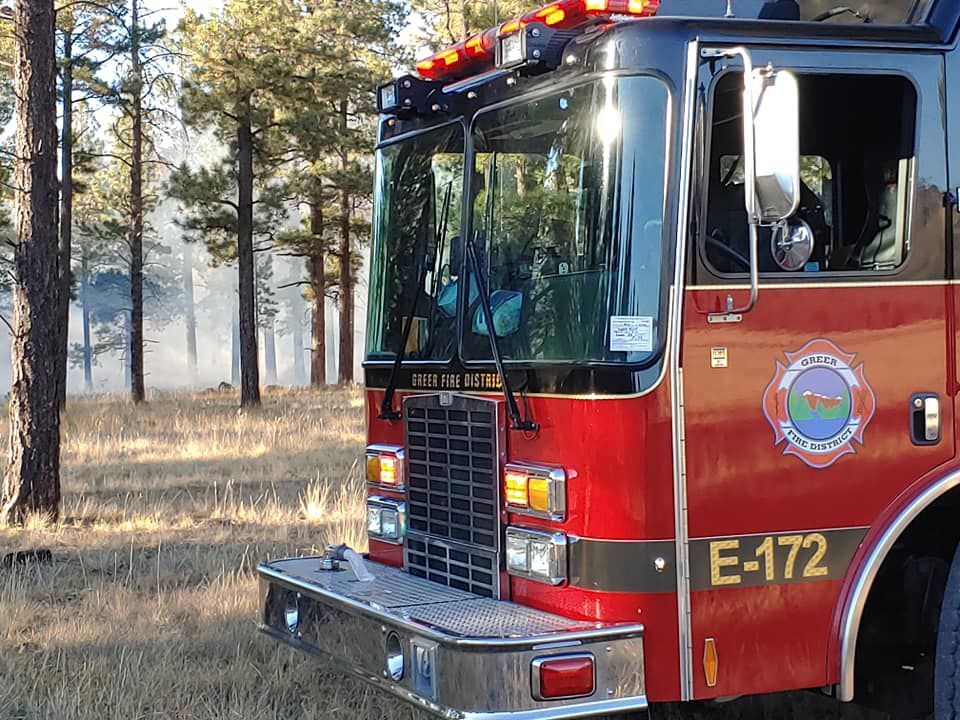 A small fire started in Greer on Saturday, Oct. 10, according to the Greer Fire District. Residents and visitors to the area were asked to “be cautious” due to heavy smoke near the Benny Campground.

SPRINGERVILLE — Last week, the Springerville office of the U.S. Forest Service, Apache-Sitgreaves National Forests received several inquires about smoke. People driving on SR260 and US60 were able to see the smoke from the Jake Springs Fire from the highway.

“Due to the heavy amounts of down and dead fuel loading in the area smoke may continue to be visible near the towns of Vernon, Greer, Eagar, Springerville, and Hidden Meadows and along Highways 60 and 260 and County Road 1325,” stated the Apache-Sitgreaves National Forests in press releases.

The Jake Springs Fire, located in the Springerville Ranger District of the ASNF started on October 4. The cause of the fire is still under investigation as it has not been identified as lightning-caused like the Cow Canyon Fire.

Crews made considerable progress last week and were securing the fireline. They moved into mop up operations late last week.

The small fire was fueled by a heavy mix of conifer and Ponderosa pine.

Although they are in different ranger districts, the extremely dry and warm weather has contributed to the growth of the Jake Springs and Cow Canyon fires.

The lightning-caused Cow Canyon Fire that started on August 18 continues to burn in the Alpine Ranger District of the Apache-Sitgreaves National Forests. The fire had grown to roughly just over 20,000 acres by Friday, Oct. 9. It was 12% contained with most of the recent growth on the New Mexico side of the fire.

The primary goal has been to protect private property, cultural resources and historical sites including the Franz Cabin near Bear Mountain Lookout. According to the Friday press release issued by the Alpine Ranger District, these are no longer threatened.

“Firefighter safety is the top priority of the Cow Canyon fire and due to the very steep and hazardous terrain, and remote access ... ,” the release stated. “Fire crews have been busy over the last few days constructing fire line, clearing brush and prepping for potential burnout operations to protect structures in the Blue River from being impacted by the fire.”

Prep work is also being conducted to protect range improvement Polypipe lines that provide vital water to wildlife and cattle.

A small fire started in Greer on Saturday, Oct. 10, according to the Greer Fire District. Residents and visitors to the area were asked to “be cautious” due to heavy smoke near the Benny Campground. The smoke was also visible from Highway 373.

The Greer Fire Department and U.S. Forest Service crews were on scene over the weekend.

Contact any Greer Fire Department for questions and current restrictions at 928-735-7279.

During Stage 1, “Fires are OK in developed recreation sites such as campgrounds and picnic areas that are maintained and administered by the Forest Service and are equipped with a permanent fire structures,” stated Apache-Sitgreaves National Forests Acting Deputy Public Affairs Specialist Katie Speranske.

For questions, call the Springerville Ranger District at 928-333-6280 or email Apache-Sitgreaves National Forests at as_portal_comments@usda.gov.